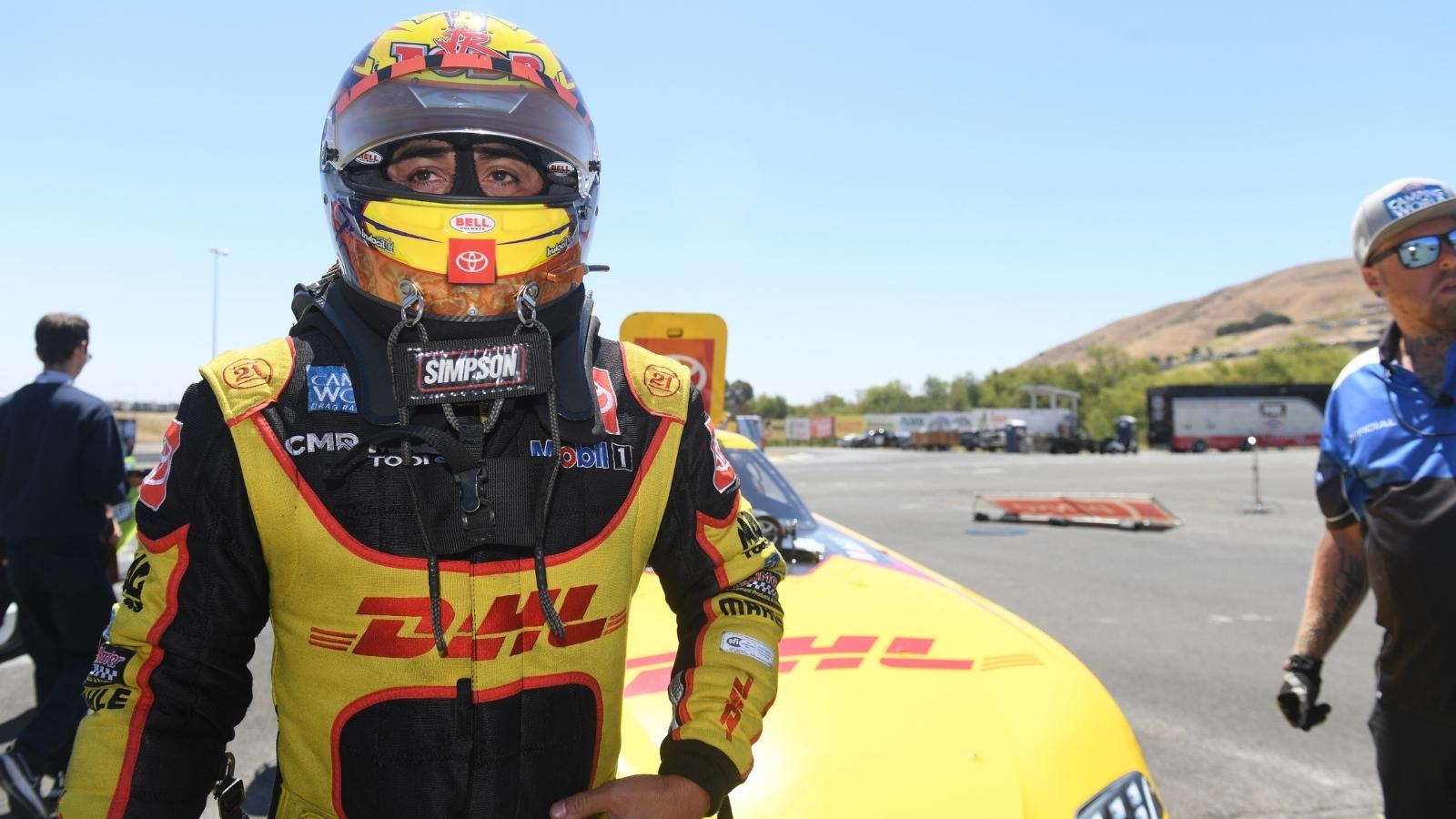 The DHL Toyota GR Supra Funny Car and J.R. Todd used the Sonoma Nationals to continue to build a program that will compete for the 2022 Funny Car world championship. Through two days of qualifying Todd entered race day as the No. 10 Funny Car but the 2017 Sonoma Nationals Funny Car champion knew his racecar was moving in the right direction.

In a tough first round race against veteran Tim Wilkerson Todd’s DHL Toyota GR Supra Funny Car was up to the task. Todd left the starting line first and held the lead the entire 1.000 feet for the win. Wilkerson began to haze the tires at about 700 feet, but Todd was a on a picture-perfect run to advance to the quarterfinals. Todd once again posted a solid 3.999 second pass just a tick off his best qualifying run to get the win.

The first round win moved Todd into the quarterfinals against No. 2 qualifier John Force. This was the fourth time the pair of world champions have squared off this season. Todd was looking to even his head-to-head record against the winningest driver in NHRA history. Todd and Force left the starting line together and Todd’s DHL Toyota stepped up with his quickest run of the weekend 3.958 second but it was not enough to get in front of Force’s 3.932 second pass.

Todd will head to the Northwest Nationals in seventh place just a little over two rounds out of sixth place. There are four races left before the Countdown and Todd is looking to move into the middle of the Funny Car standings.

“We made some quick runs this weekend and I am proud that this DHL Toyota team kept getting quicker as the track was heating up,” said Todd, a ten-time Funny Car national event winner. “We are heading to Seattle and I feel good about our chances especially when you look at our numbers today. I have a lot of confidence and I am going to try and finish the swing on a high note next weekend.”