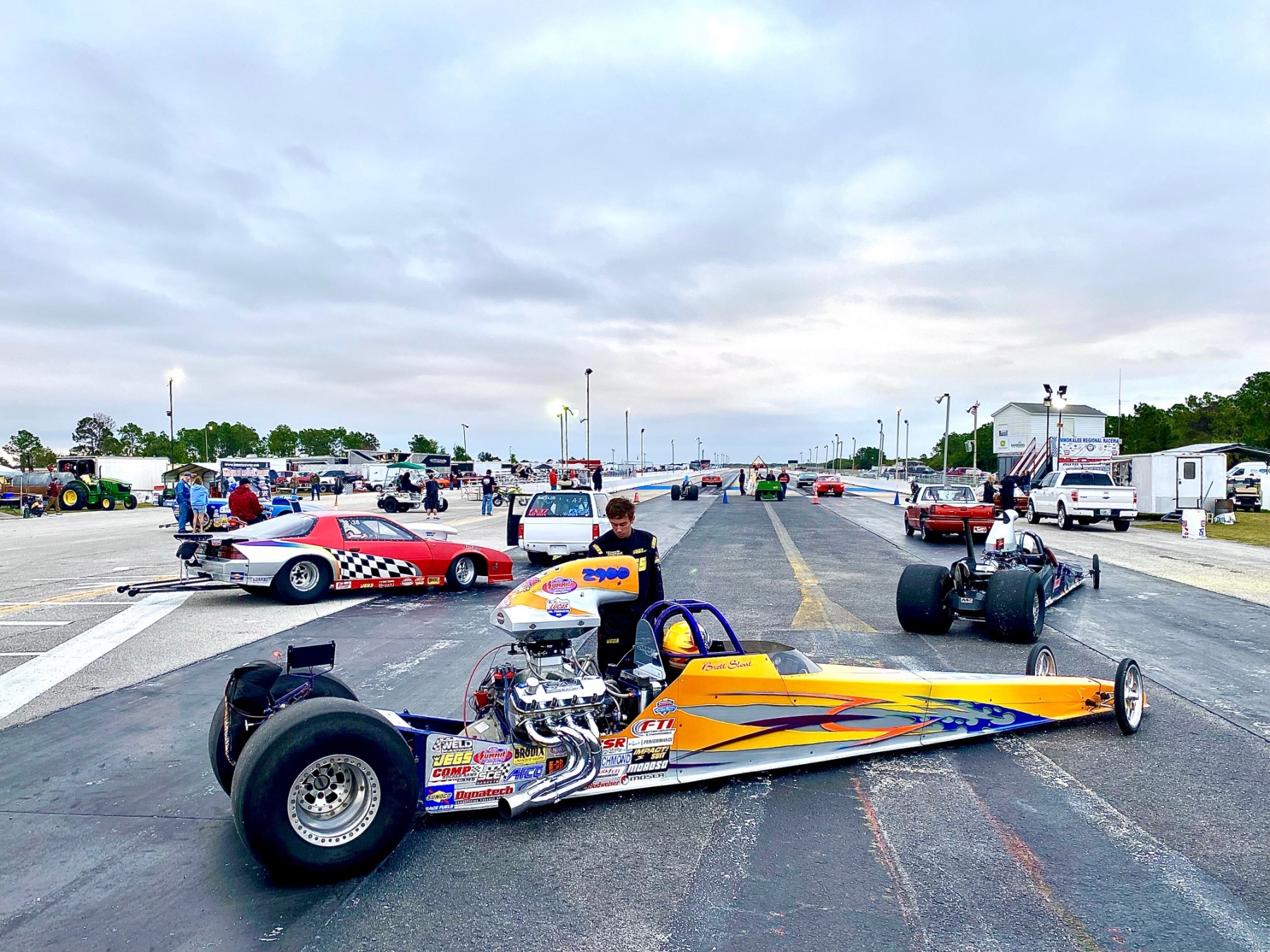 Immokalee Regional Raceway has always been blessed with strong support from racers and local businesses that love the track’s unique location on Florida’s Gulf Coast region and wants to see it thrive. The most recent evidence of this fact was a swell of support to fund a robust points fund for the 2022 race season. The rally of support came just after the track was reopened after surviving its latest hurdle: a complete renovation and moving of the facility.

In early 2020, the neighboring airport, which owns the land on which the track is leased, made it clear that the raceway would have to relocate a short distance downtrack so the airport could complete an expansion project. Track owner Ralph Hester wanted the decades-old dragstrip that he founded to remain, so he agreed to the airport’s ultimatum: relocate or shut down.

After the painstaking renovation, the track reopened in spectacular condition, including a brand-new concrete racing surface, new scoreboards and a new timing system, with new components in every direction. That’s when the rally of support once again showed up in full force.

“After we got the track reopened there were so many people who came to me and asked what they could do to help, so I told them the track was in need of a good points fund,” says Hester.

A swell of support soon followed and $60,000 was promptly raised from local businesses and racers to support the points fund.

“We’re going to split it up by giving $10,000 per class,” Hester says. “We have five classes: Jr. Dragster, Sportsman, Combo, Quick-16 Door Car and Quick-16 Dragster. The money will be paid down to the top 5 point finishers in each class.”

Other racers and businesses followed suit and stepped up to support their local track. “Dave O’Brien, Anew Air Heating & Cooling, John Taylor, Mike Thompson Racing Engines, Fillmore Machine and the list goes on and on,” Hester says. “I couldn’t possibly name them all, but we’ve had a tremendous amount of support.”

Immokalee could hold as many as 14 point races this year, but the summer rainy season plays a huge factor and often presents a difficult weather pattern to navigate. During the earliest part of the points season (which begins in January) Immokalee will hold double header events, with two complete eliminators contested on a single Saturday. By the time mid-summer rolls around, the sweltering heat prevents holding two events in a day.

“If we’re able to have around 14 point races, we’re gonna let everyone kick one race out of the system and only count 13 of them,” Hester points out. “We understand that things come up in life and it can be difficult to attend every single points race, so we try to be fair about that. Additionally, it might rain for a month during the summer, so our schedule sometimes gets extended to make up for races that we weren’t able to have.”

During the early part of the season especially, Immokalee happily hosts snowbird racers from the extreme north, who either own homes in Florida or participate in the RV life during Florida’s mild winter climate.

“We’ve got people here from Michigan, New York and Canada racing with us this weekend,” Hester says. “Back when IHRA kicked off their Pro-Am season with us, we’d have 290 cars packed in here and it was a really great time.”

At age 74, Hester says he’s as energized as ever about the racing scene in South Florida and is always open to trying new events, most recently with a no-prep grudge race that went off with great success. “That’s a popular race and we hope to have that event once a month this year,” he says. The track also hosts a popular Friday night Test and Tune session weekly.