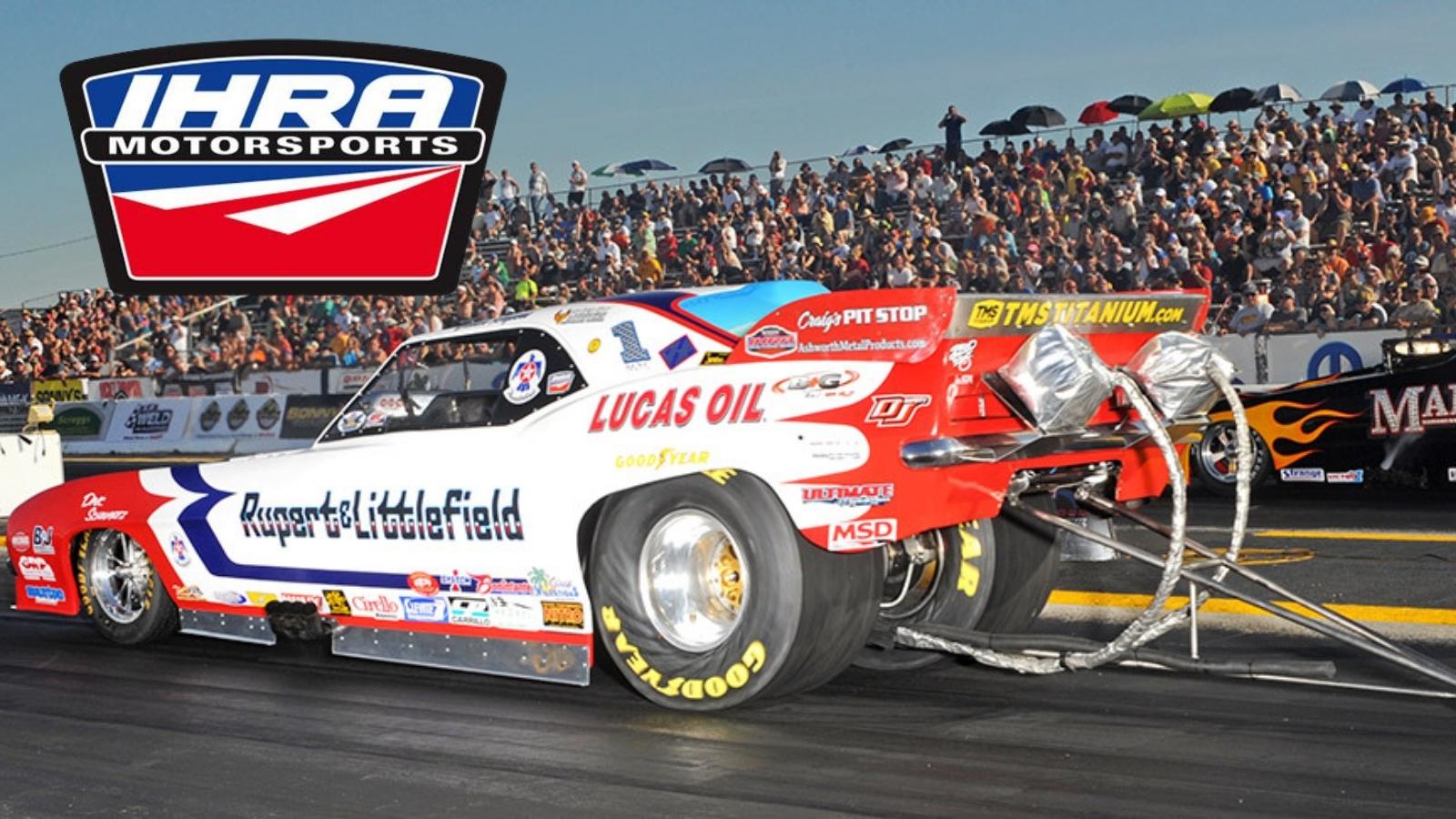 The future of the International Hot Rod Association (IHRA) – a once clear clear number-two in the drag racing world behind the NHRA – has been of great debate and interest over the course of the last few years. Following a slew of significant moves and a variety of major changes in the early-to-mid 2010s, including the purchase of multiple racing venues, a variety of leadership changes and a bold plan to develop a Top Fuel Dragster version of Formula 1-style racing, the IHRA seemed to lose its way and become a shell of its former self, which was arguably the most racer-centric sanction in all of drag racing.

DRAG ILLUSTRATED today received a copy of an email from IRG Sports + Entertainment President and CEO Louis F. Partenza sent to IHRA track operators that provides a glimpse into the sanction’s future plans, specifically the sale of the organization to Missouri’s Larry Jeffers. The letter reads that, “We have an agreement in principle for the IHRA to be acquired by Larry Jeffers, a successful businessman with a long career in drag racing. Larry is a motorsports park owner, and he operates businesses that build, modify, and sell high-performance race cars and parts. He’s been a professional racer himself and he understands racing businesses.”

The correspondence continues, “We are confident in Larry’s vision for the future of IHRA. His plan is to build on the organization’s existing history and philosophy while strengthening and expanding it into a full motorsports racing platform. With his many years in motorsports, he understands what it takes to run and grow a successful business in this industry and has deep relationships with both current and potential new IHRA sponsors.”

It’s interesting to note that there is indication within the letter that some former employees and members of the IHRA leadership team are contemplating the formation of a competing sanctioning body.

DRAG ILLUSTRATED has reached out to both parties for further comment and will report any further developments as information becomes available. 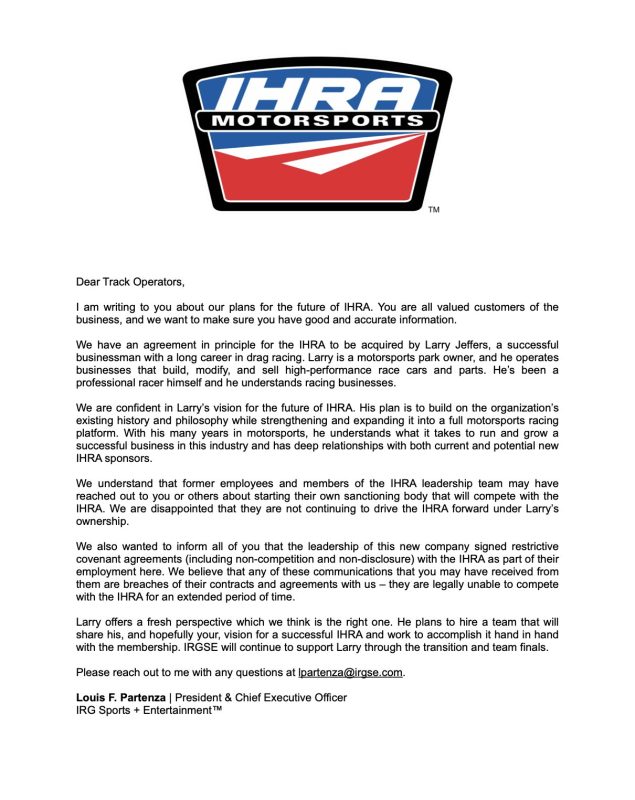