With the race season beginning to wrap up, some of the biggest no-prep events are going down to close out the year. Right outside of Louisville, Kentucky, sits the historic Ohio Valley Dragway, an all-concrete eighth-mile known for hosting some of the biggest bracket and fastest radial races there is. Every fall, Turkey Bash takes over the Kentucky dragstrip for two days of non-stop action!

The event would go full no-prep and boast a free entry, $10,000 to win for the baddest front side small-tire racers around the Midwest and more. Promoters Charlie Bennett and Support Your Local Street Racer’s Happy and Kenzie Miles brought out the best organization seen at an event as 95 small-tire cars took the first-round call. This event would feature a who’s who on 28×10.5 non w tires. The rules were simple, as all that was required was steel roof and quarters and put it in the beams! 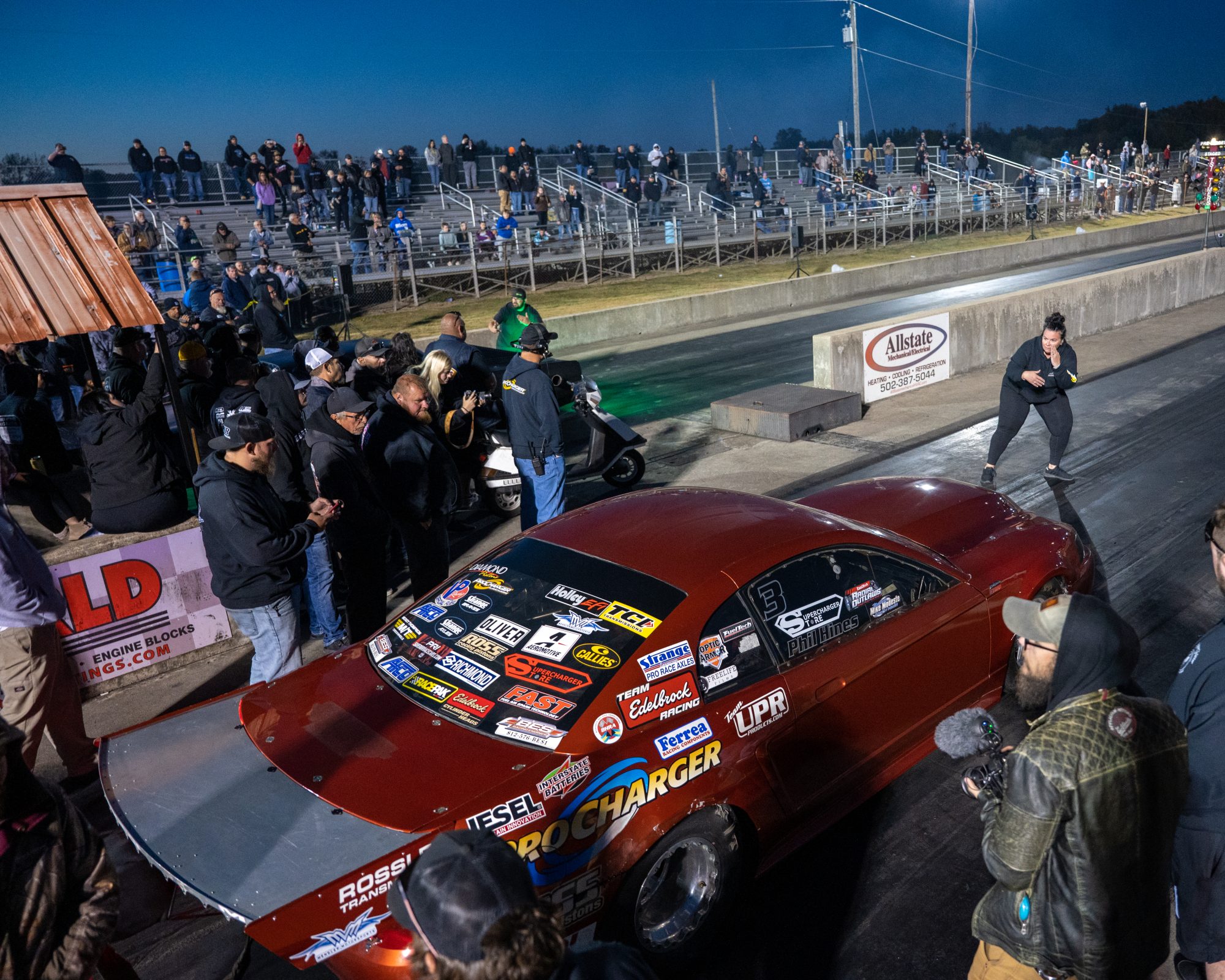 Coming to Kentucky from the Chicago area was Dan Belcher with his Road Runner dubbed “Hate Tank.” Now details are very minimal, as Hate Tank is a grudge car, but we do know Belcher packs a punch with a twin-turbo setup and is no stranger to no-prep racing. Belcher put a statement down in the first round after taking down Derrick Sanders, then moving past Kevin Fields in the second round. Third round saw Belcher taking on one of Kentucky’s fastest in Logan Duvall. After a crazy side-by-side race with Duvall, Belcher found himself setting across from “The Landlord.”

John Scali was one of the favored heavy hitters of the event in his “Landlord” twin-turbo Camaro out of the Midwest, but Belcher wouldn’t let the hype get to him. Belcher did his job and pulled off the win and a fourth-round date with Kentucky’s Anthony Peck. After Peck got wild on the topside, Belcher moved on to the semifinals and two rounds from $10,000. Belcher had to face another Chicago native in “Boost12” Joey Rabiola and his big-block, twin-turbo Mustang.

Rabiola pushed Belcher, but the Hate Tank got the W and found himself against radial racing royalty as Phil Hines met Belcher in the finals for $10,000. Both cars did long, smoky burnouts and the crowd lined up behind the cars with bets going in all directions. Hines found misfortune before he could even take the pre-stage bulb as the car shut off and he was broke. Belcher took the tree and went down the historic eighth mile one more time before parking the Hate Tank in the winner’s circle, and taking home the $10,000 from Turkey Bash.