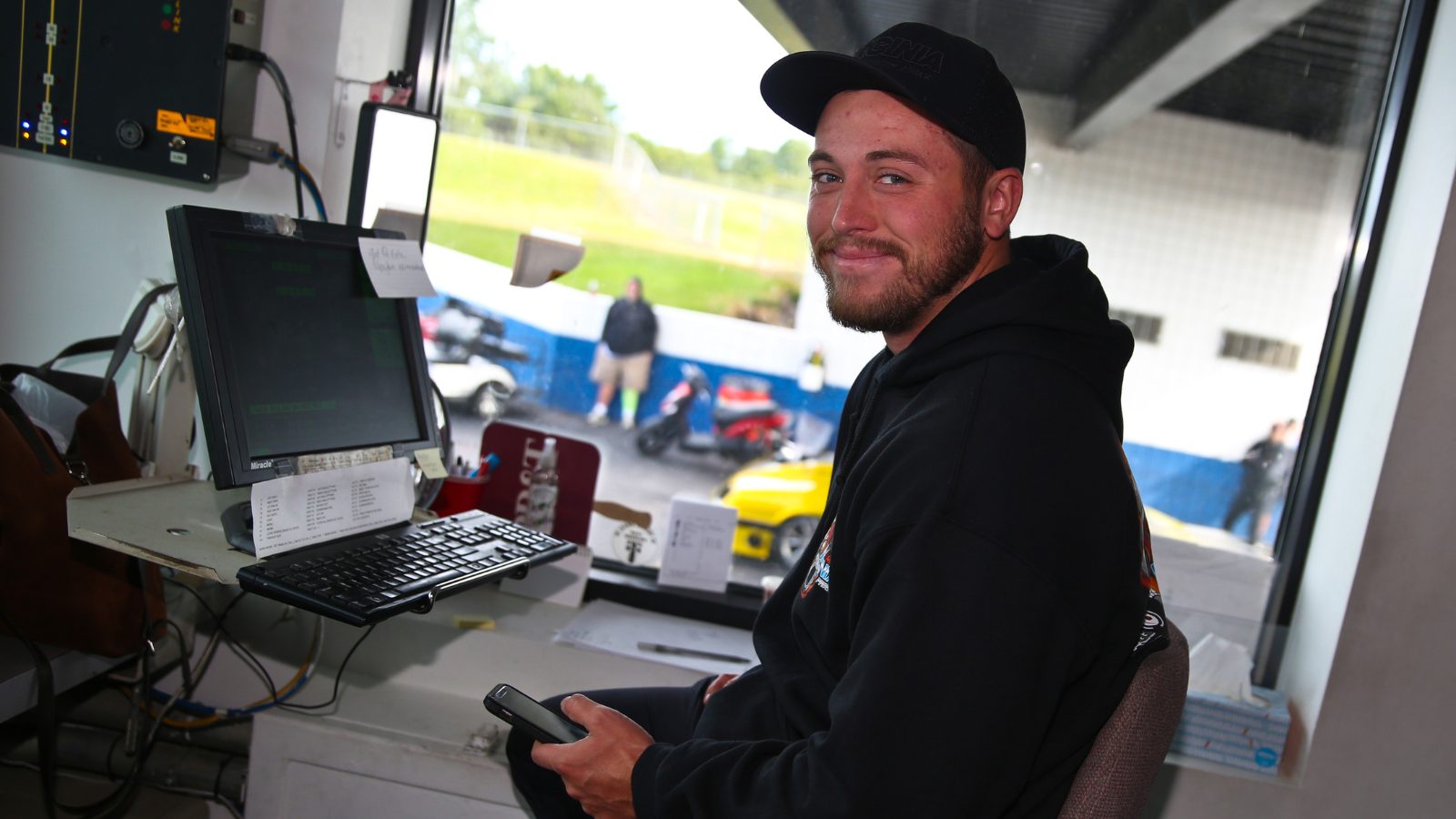 When Victor Alvarez purchased Bradenton Motorsports Park in 2018, he set out to build the best racetrack in the country. That also meant putting together the best team because he knows that being a leader means having the best people around you.

That’s why Alvarez is excited to welcome Gavin Carter, a standout in the drag racing industry, to BMP in Bradenton, Florida. “I saw what he was doing at his last event with his previous company, and I just knew we needed to have him,” Alvarez, BMP Track Owner, said. “I met Gavin when I bought the track, and he always stood out to me because he’s a hard worker, very knowledgeable, and got things done.”

Not only did Carter’s work ethic stand out to Alvarez, but his youth and ideas about the future solidified his spot on the team. Alvarez created a new position for Carter as Operations Support Manager to work alongside Wade Rich, who is the overall Track Manager. The BMP track owner and entrepreneur is excited to mold the position around Carter’s strong points.

“My vision here is to build up our team and have somebody we can go into the future with,” Alvarez said. “I think he and I can carry this out to the future. I think he has a big future in drag racing, and I’m happy to have him part of the team.”

“We have the same mindset on things, and we’re always trying to figure out a way to improve the sport and the industry as a whole,” said Carter. “Anything that’s good for Bradenton is good for the sport.”

Carter started working at a drag strip when he was about 15 years old but didn’t spare any time learning the business. He immersed himself in the sport and soaked up everything about the industry for the past 10 years. Carter especially took an interest in the operations side of things, bringing him to where he’s now with BMP.

“I’m doing a lot of operations and support and behind the scenes. All of the stuff people don’t know is going on until it’s going badly – I’m getting brought in to do that and improve the process, plus incorporate new ideas for BMP,” Carter explained.

BMP is gearing up for its busy season, starting in October with the Saturday Night Under The Lights and then FL2K, one of the biggest street car races with a hefty payout of $125,000. In the meantime, Alvarez has been busy renovating the track and getting it ready for racers and spectators. He’s also excited about the future and the new ideas that Carter brings to the drag strip to continue to make it one of the best facilities.

“We’re constantly looking for ways to improve things and new things to do, whether it be facility upgrades he’s already been doing or looking at adding new events for the upcoming year,” Carter explained. “We’re also doing other things to improve the spectator experience because that’s something that we both really value.”

Carter shares Alvarez’s enthusiasm for bringing new fans to the sport, plus creating an unforgettable experience while they’re at the track. “We both want to put on a show, create more fans, and get more publicity out there. It’s something we both value very much,” Carter said. Part of the plan has been replacing the grandstands for spectators to ensure an enjoyable experience.

“I want to give him the recognition that he deserves. I think it’s important that we motivate and encourage the younger guys- give these guys a pat on the back and let them know they can do what they want to do, especially being so young and hard- working,” Alvarez said.