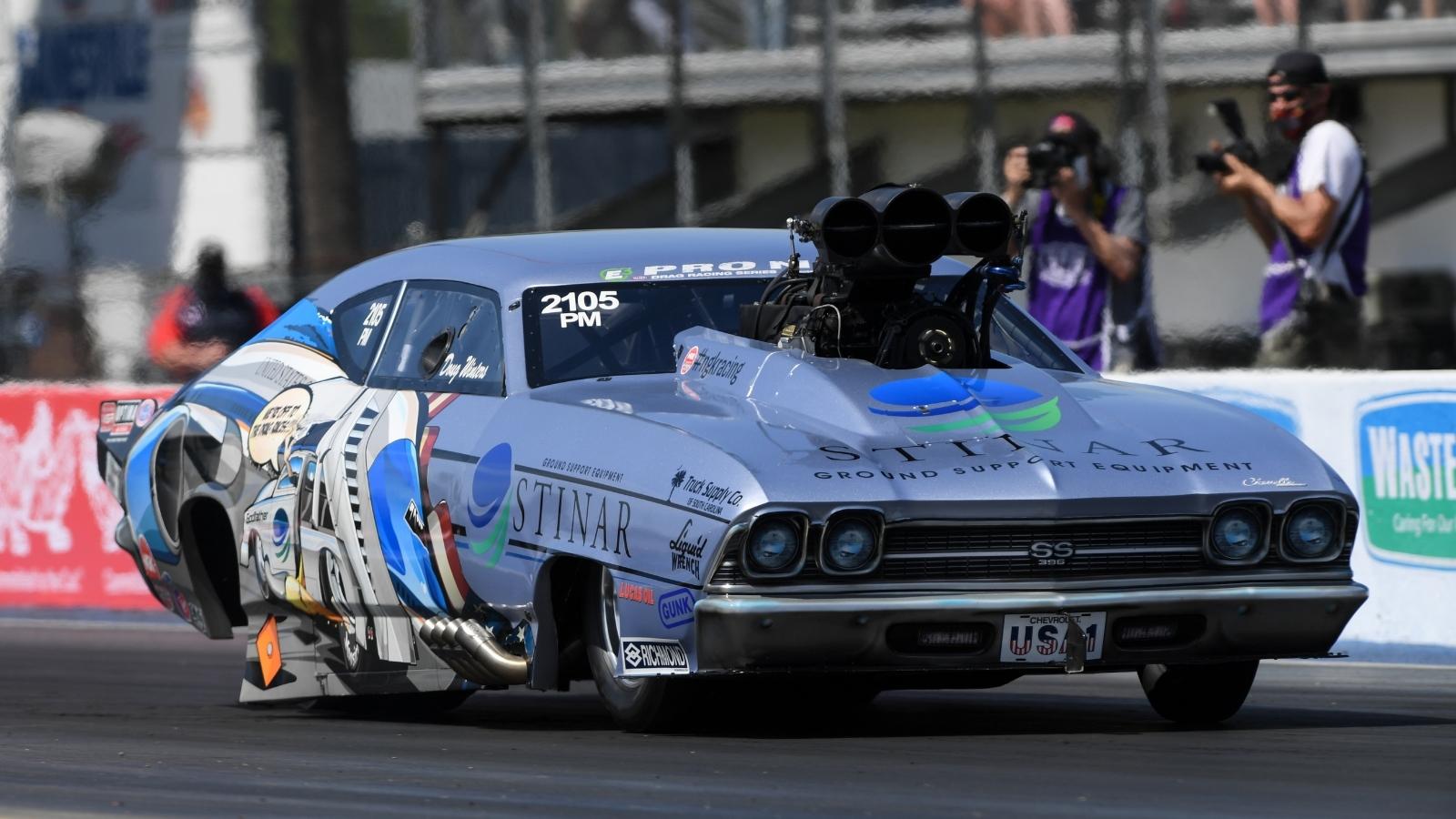 It’s already been a standout season for Kris Thorne in the FuelTech NHRA Pro Mod Drag Racing Series presented by D-Wagon. The points leader has racked up three victories in what has been a career year and he now has the opportunity to enjoy a truly special few days at Brainerd International Raceway as part of the Lucas Oil NHRA Nationals.

The Pro Mod class will compete for just the second time in Brainerd this weekend and the category has the added bonus of the D-Wagon NHRA Pro Mod Shootout. The first-ever specialty race for the class takes place Friday and Saturday during the event, with the winner taking the $10,000 prize and the chance to pick up two victories in one weekend.

That has Thorne, who is making his debut at the track, and the rest of the class thrilled to take part this weekend.

“We’re excited and it’s nice to have a little bonus deal added to the weekend,” Thorne said. “We’ve been running well, and this is something a little different, so we’re looking forward to it. Our key to success this year is we’ve been consistent, so we’re just going to keep plugging away and maybe we can get a couple wins this weekend.”

The D-Wagon NHRA Pro Mod Shootout, which has a total purse of $25,000, will begin with the first round on Friday at 5:15 p.m. CT, with drivers getting a qualifying run earlier in the day. The first-round pairings, which are based on the points standings, are as follows:

The conclusion of the specialty race takes place on Saturday, with the second round at 1:00 p.m., the semifinals at 4:00 p.m. and the final round set for 5:30 p.m., directly after the final qualifying session in Top Fuel and Funny Car.

“There’s a lot of trash talk going on with this with all the drivers involved,” said Doug Winters, who is also sponsored by D-Wagon. “The trophy looks very cool, so it’s worked out well and we’re all looking forward to it. There’s some really intriguing first-round matchups and it’s going to be a great spotlight for everyone involved. I know the fans in Brainerd are really excited to see Pro Mod and to have this shootout along with the race, it’s going to be even better for everyone.”

With the specialty race taking place during a pivotal event weekend, drivers also have to be prepared for something different. Winters noted drivers will have to be on their game immediately and willing to put together a standout run to advance, while Thorne talked about two key factors for success in both the shootout and the race.

“You’ve got to be fast and consistent right away. You can’t have any poor runs because the shootout is a different ballgame,” Thorne said. “We’ll be running our heart out from the time we get on the track, but you’re also going to have to make consistent, clean runs. No matter what, we’re trying to make it run as fast as it can go and we’re going to run it as hard as we can.”

The stop in Brainerd, which is powered by Stinar, is the sixth of 10 races during the 2022 season in the FuelTech NHRA Pro Mod Drag Racing Series presented by D-Wagon. The class features the world’s fastest doorslammer cars, offering something unique for every drag racing fan. Featuring several different power adders and thrilling 250-mph action, the class has been a hit with fans and has enjoyed a strong start to the 2022 season.