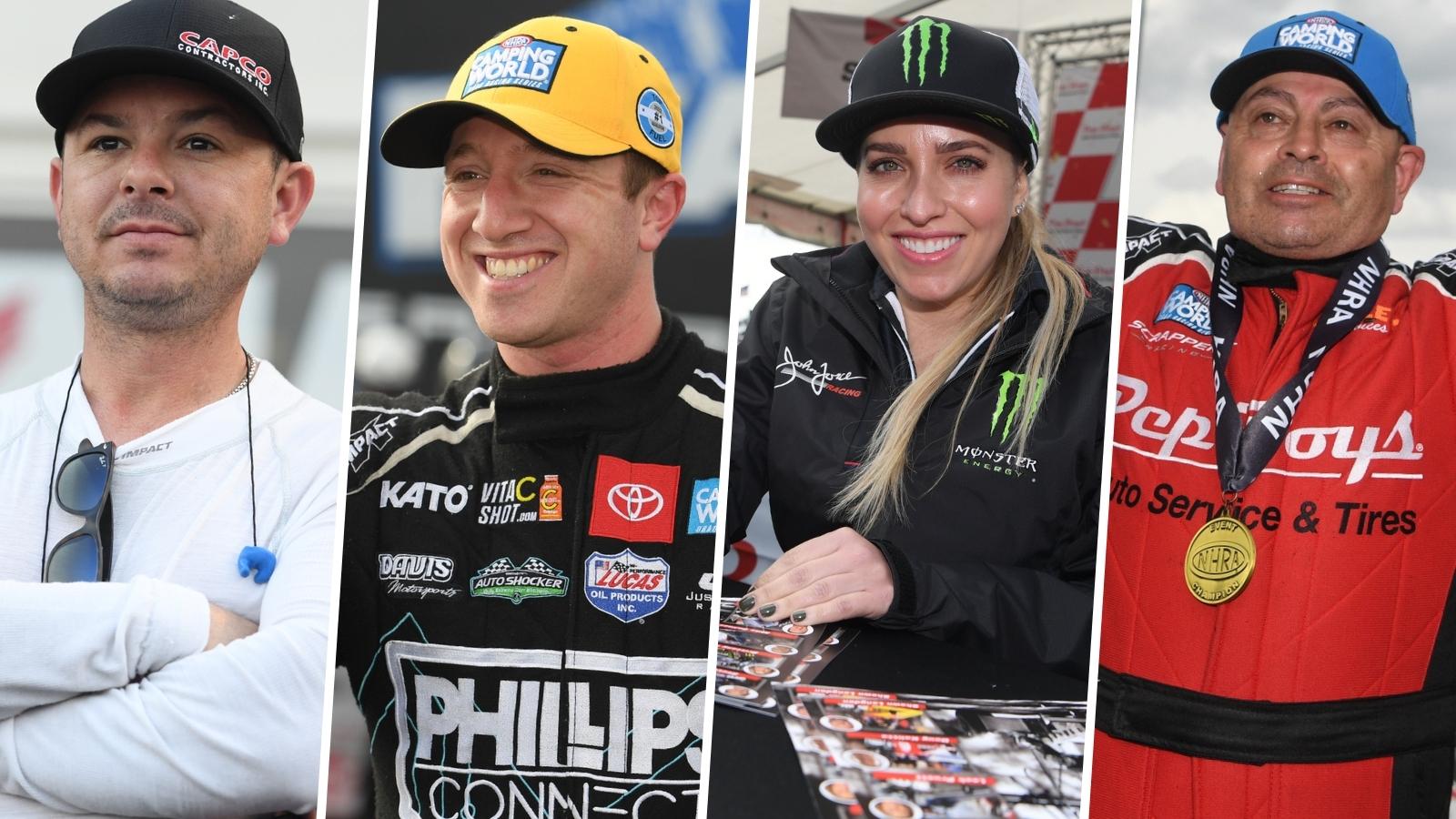 The thrilling and unique specialty race takes place on Saturday, with Force getting her selection of semifinal opponents after making the quickest winning run of the first round back in March. She’ll make that selection at 7:20 p.m. ET on Friday, automatically setting the other semifinal matchup, but Force knows there are no easy decisions with the three Top Fuel standouts looming.

“We’re excited to get to Indy and that’s the exciting part with the callout. We don’t have to wait until Sunday, we dive right in,” Force said. “We’re looking at all the drivers, but there’s no easy team to pick. Everyone’s tough, everyone has a great car, a great driver, and a great team, so it’s not going to be easy.”

The semifinal matchups take place at 2:40 p.m. on Saturday, with the final – and the $80,000 prize that goes to the winner – slated for 6:25 p.m. With a total purse of $130,000, the Pep Boys NHRA Top Fuel All-Star Callout brought plenty of excitement to the class and drivers know the intensity will be at a fever pitch on Saturday.

“I want to thank Pep Boys for stepping up and putting this thing on,” Salinas said. “Now, let’s go kick some butt. Let’s have some fun and try to win this thing and see what we can do. There are some really awesome drivers coming in here for this.”

Added Ashley: “This is something totally different and it’s going to showcase not only the teams but the drivers and their personalities. I don’t think I would take offense to (getting called out). I don’t think some bulletin board material ever hurt. But it’s not exactly like Brittany has any great choices, right? We’ve got four really good teams, so no matter what, it’s going to be exciting and a good show for the fans. I know we all want that check and trophy.”

The four drivers have combined for 11 wins this season, with Salinas and Force each claiming four victories. Ashley has a pair of wins, while Torrence impressed at the most recent race in Brainerd, picking up his first victory of the season. That could make him dangerous heading into the weekend at the Big Go, where Torrence will try to repeat as U.S. Nationals champ and also pick up a victory in the specialty race.

Torrence also believes there’s no pressure on his shoulders as he isn’t the one making the opponent selection in the semifinals.

“I’m glad Brittany is in the position to do the calling out. It puts less pressure on me and I just have to race whoever I get,” Torrence said. “Justin and Mike have both been running so well and Brittany has been kicking our butts, (but) maybe we’re coming into our own at the right time. I think this brings a different dynamic and maybe a different crowd of people to watch.”

Force and her team have spent ample time figuring out the best selection, but ultimately, she’s thrilled with the specialty race concluding in Indy. It opens up the possibility of two wins in one major weekend and adds an extra layer of excitement to the biggest race of the season.

“It’s definitely exciting. Indy has always been our biggest race and now we’re back to two races in one weekend, so it’s great to get back to that,” Force said. “It definitely adds a little bit of pressure and it’s a different dynamic than we’re used to, which makes it exciting for the fans, but it adds a little bit of pressure on my side, too. It’s definitely going to be a team pick and we’re all going to decide as one team.”

To purchase tickets to the 68th annual Dodge Power Brokers NHRA U.S. Nationals, fans can visit www.NHRA.com/tickets. All children 12 and under will be admitted free in the general-admission area with a paid adult. For more information about NHRA, visit www.nhra.com.