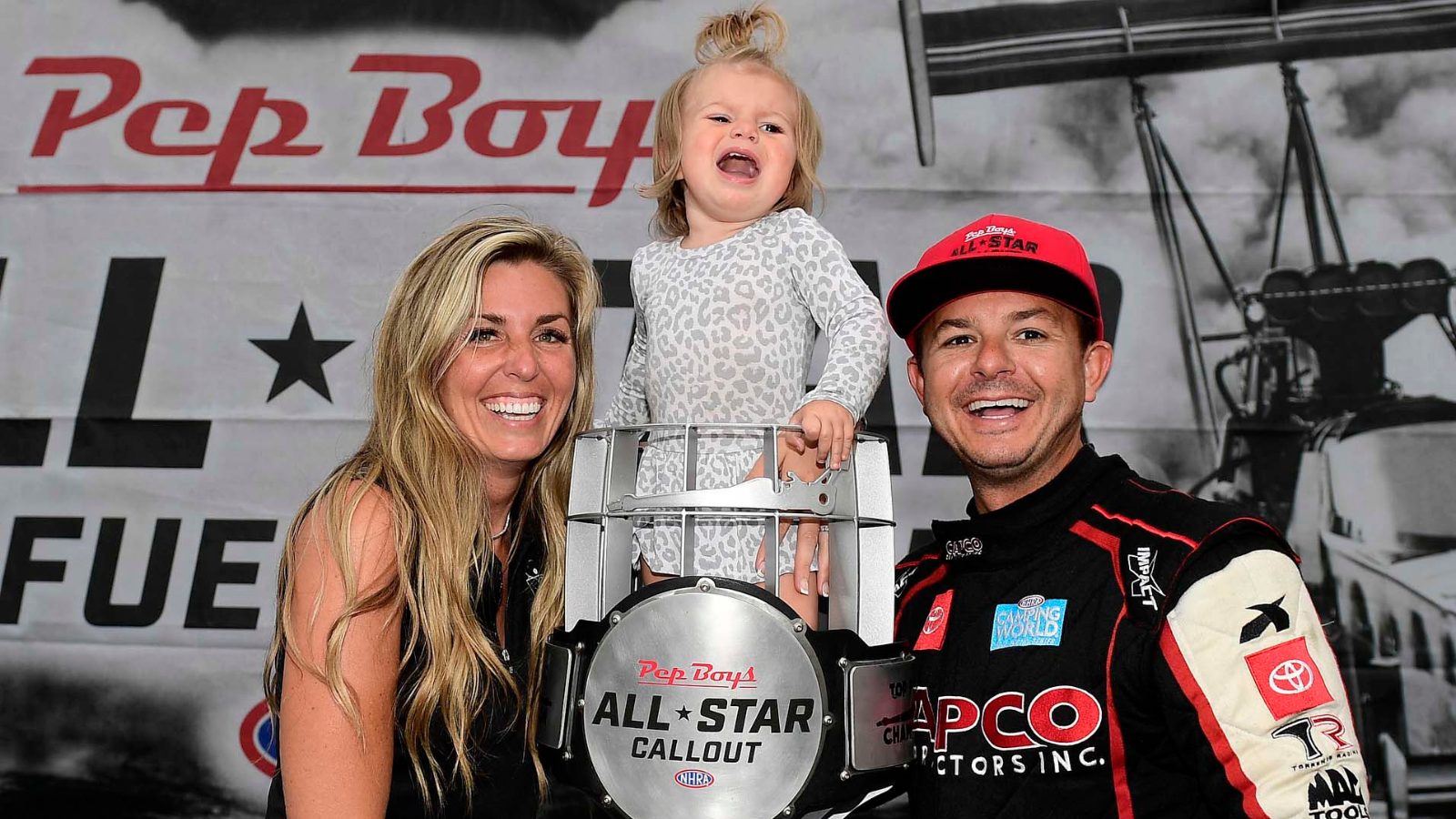 Steve Torrence’s bid to double-up for a second time at Indianapolis Raceway Park ended in a cloud of tire smoke Monday as the four-time reigning Camping World Top Fuel Champion was ousted in the second round of the 68th NHRA U.S. Nationals by close friend Antron Brown.

The U.S. Nationals in a three-day After beating point leader Brittany Force to win the Pep Boys All-Star Call Out on Saturday, Torrence was hoping to duplicate a 2017 performance in which he won both the Traxxas Shootout and span.

This time, though, it was not to be.  After sending third generation drag racer Austin Prock to the sidelines with a solid 3.693 second effort in round one, his Capco Contractors dragster lost traction against Brown and slowed to 6.419 at little more than 100 miles per hour.

That also ended his bid to repeat as Top Fuel champion in drag racing’s biggest single event and sends him into the Countdown to the Championship in fourth place behind Force, Mike Salinas and Justin Ashley.  After the points are adjusted for the playoffs, he will start 50 points behind Force.

“We haven’t had a year where we dominated like in the past,” acknowledged the 52-time tour winner, “but we didn’t forget how to win.  We go into the Countdown coming off a win at Brainerd (Minn., on Aug. 21) and a win in the Pep Boys Call Out, so we’ve got some momentum.  We’ll just do what we do and let the chips fall.

Dad and teammate Billy Torrence also had an early day in the second Capco entry, losing to Ashley after dispatching Leah Pruett in round one.