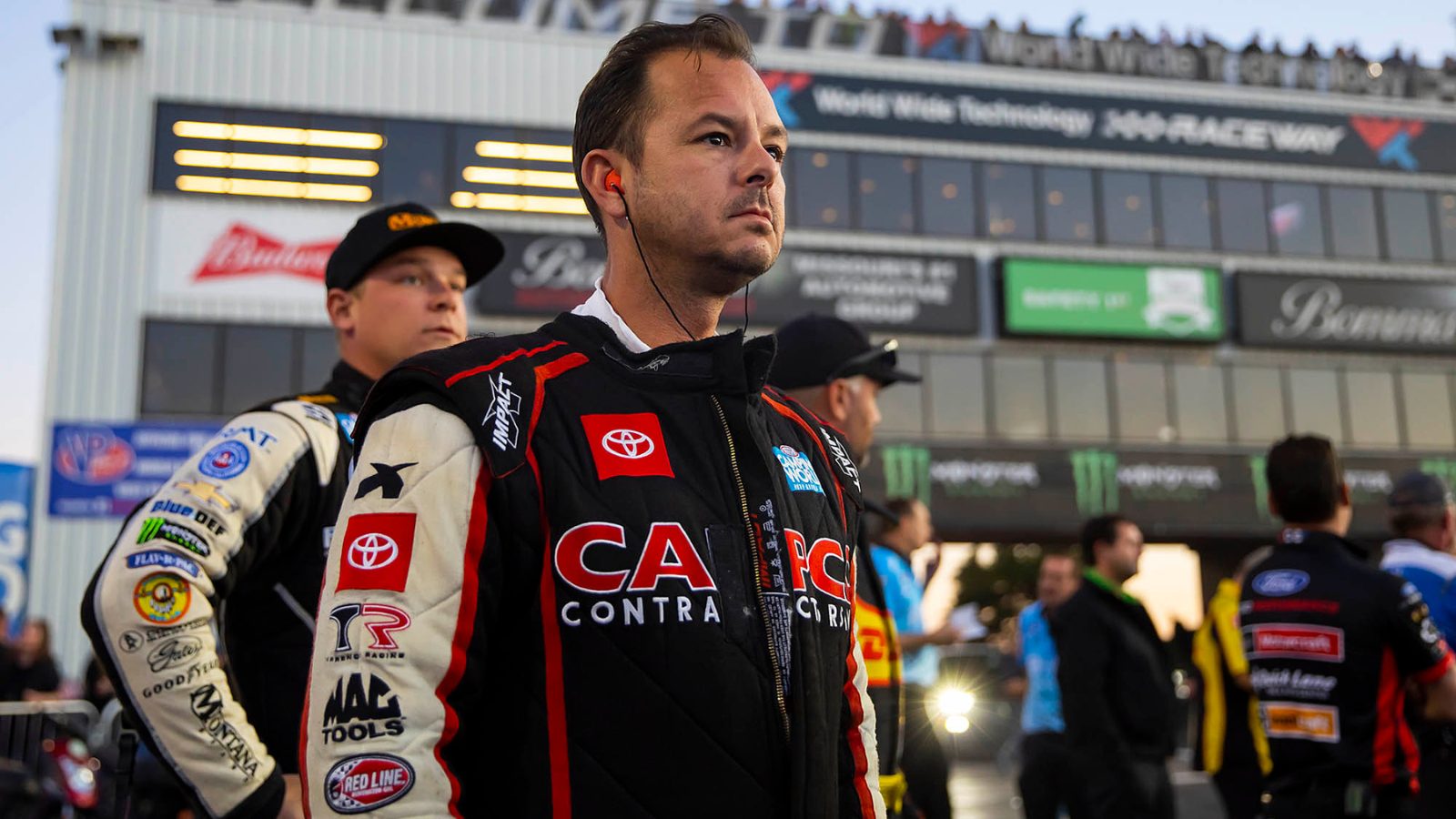 Energized by speculation that he had raced himself out of title contention after only two playoff races, Steve Torrence responded Friday by sending his Capco Contractors Top Fuel dragster to its quickest run in almost five years, stopping the timers at World Wide Technology Raceway in 3.655 seconds at a finish line speed of 327.43 miles per hour.

Despite a Saturday challenge from Josh Hart (3.667 at 333.33 mph), the Texan’s Friday effort was good enough to send him to the podium as the No. 1 qualifier for Sunday’s 26th NHRA Midwest Nationals, a race in which he is the defending champion and in which he has reached the final round each of the last five years.

After failing to earn a single qualifying bonus point in the first two races of the Countdown, Torrence was quickest in two of three qualifying sessions at WWTR. He followed his 3.655 effort, which equaled the quickest run of his pro career, with runs of 3.703 and 3.687 seconds. 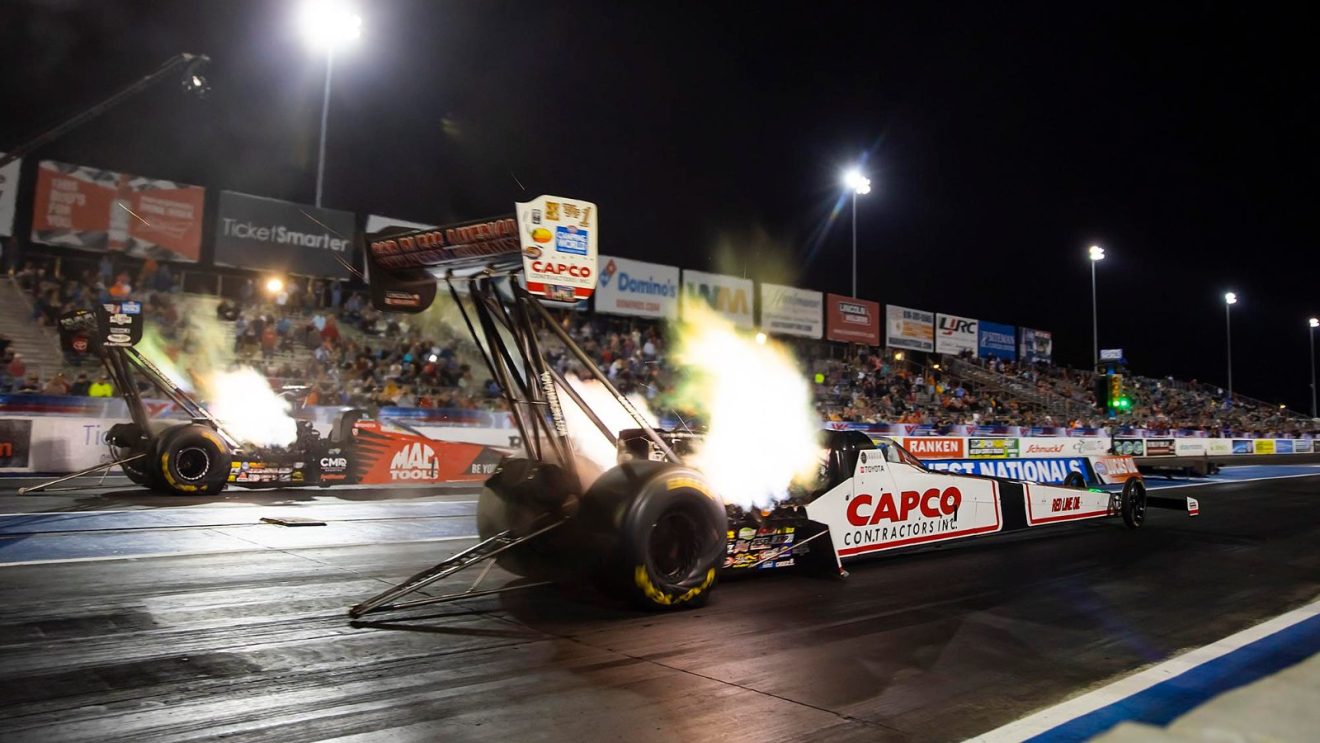 A 52-time winner on the Camping World tour, Torrence will start from No. 1 for the 34th time in his career, for the third time this year and for the third time in this event. He won the 2018 Midwest Nationals from the No. 1 starting position. The last time he won a race from No. 1 was June 27, 2021 when he went wire-to-wire in the Summit Racing Equipment Nationals at Norwalk, Ohio.

“We have a 10:30 start tomorrow, so the track will be very good,” Torrence said. “The track actually was better than we anticipated on our last (qualifying) run. I think we could have run better than we did (Friday night), but we missed it a little bit. Some of the other cars were aggressive and we were maybe a little bit lax.

“I’m looking forward to race day. We’ve got good momentum,” he said. “The car is running well and we will be excited to see what we can do.”