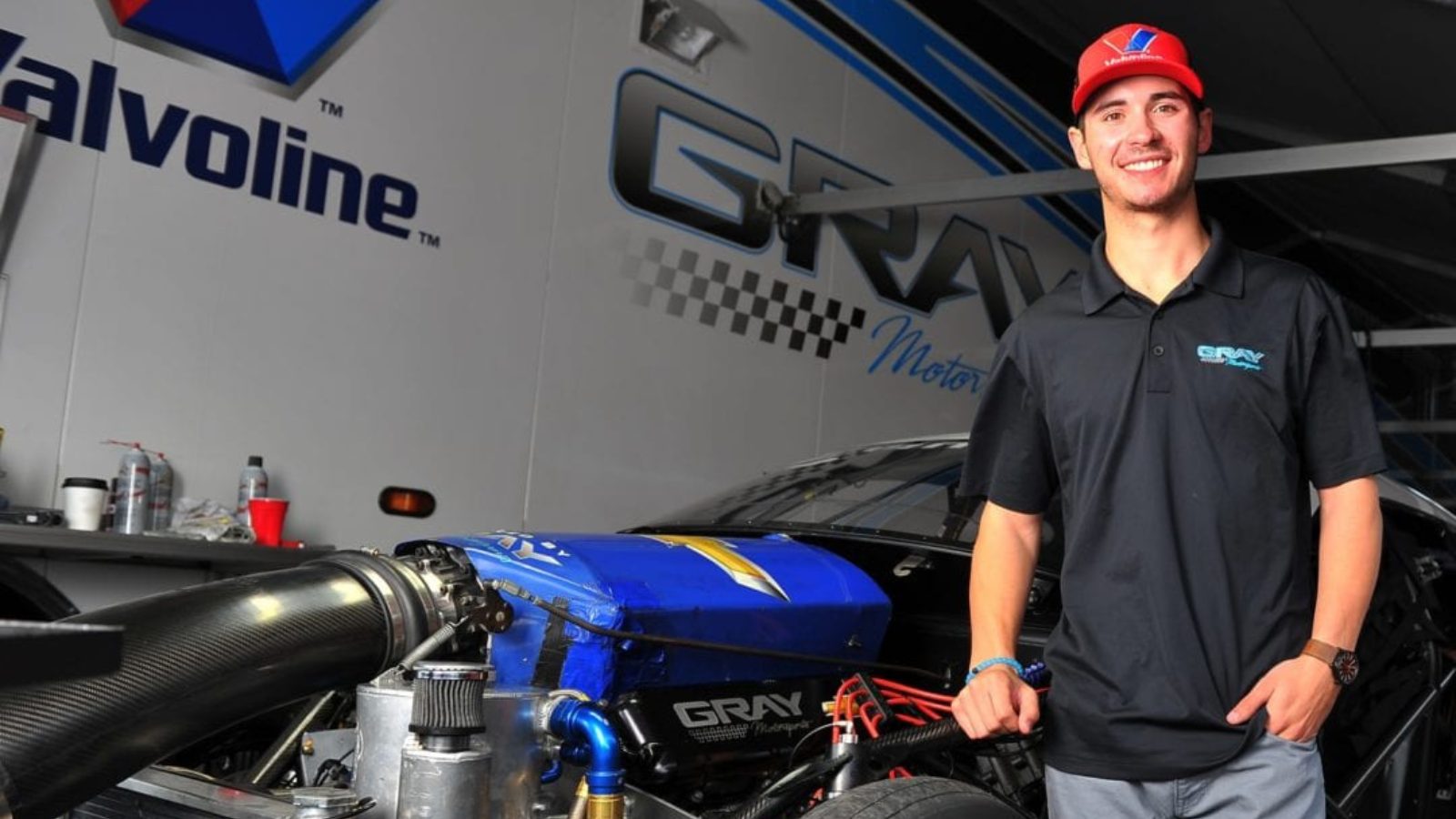 News broke overnight that 2018 NHRA Pro Stock world champion Tanner Gray would be filling in for Deric Kramer at this weekend’s Pep Boys NHRA Nationals in Reading, Pennsylvania, after the series regular tested positive for Covid-19 earlier in the week. Due to NHRA’s revised health and wellness protocols, Kramer’s team will earn championship points this weekend despite a different driver being behind the wheel.

The driver replacement wasn’t an automatic, instantaneous happening, however. Tanner, who after becoming the youngest champion in the history of the National Hot Rod Association, embarked on a career in NASCAR immediately following his title run in Pro Stock and, admittedly, hasn’t looked back.

“My main focus was on Bristol and trying to salvage the best finish I could there,” says Gray, who competed Thursday night at Bristol Motor Speedway in the NASCAR Camping World Truck Series race. “Racing in Pro Stock was definitely something I had to think about. I didn’t want to send the wrong message. It’s been a hectic few hours here, and I still haven’t slept, but I think this is going to be pretty cool.”

Not only was the decision far from immediate, the offer itself took a minute. Gray says KB Racing crew chief Dave Connolly tried to call him while he was en route to Bristol, Tennessee, but the call didn’t go through as he was traveling through the mountains. Then he received a text message from Cody Anderson, son of reigning champion Greg, and reached back out to the team. That’s when the offer came from Connolly to fill in as driver for the recovering Kramer, and the rest is history. The champion-level wheelman drove overnight back to Mooresville, North Carolina, following the truck series race, picked up his Pro Stock chassis seat insert, steering wheel, and went straight to the airport.

“If I get a little more comfortable, I think I’ll be okay and, hopefully, I can put together a decent weekend for the team and help them earn some points,” continued Gray, who says he hasn’t looked a practice tree since the end of the 2018 season. “It’s awesome to see all these new, younger drives involved in Pro Stock. It’s huge for the class, and it’s a good sign of things to come. I see a lot of young people in the pits and it’s definitely made everyone step their game up. It’s cool to see and we’re all hoping it continues in that direction.”