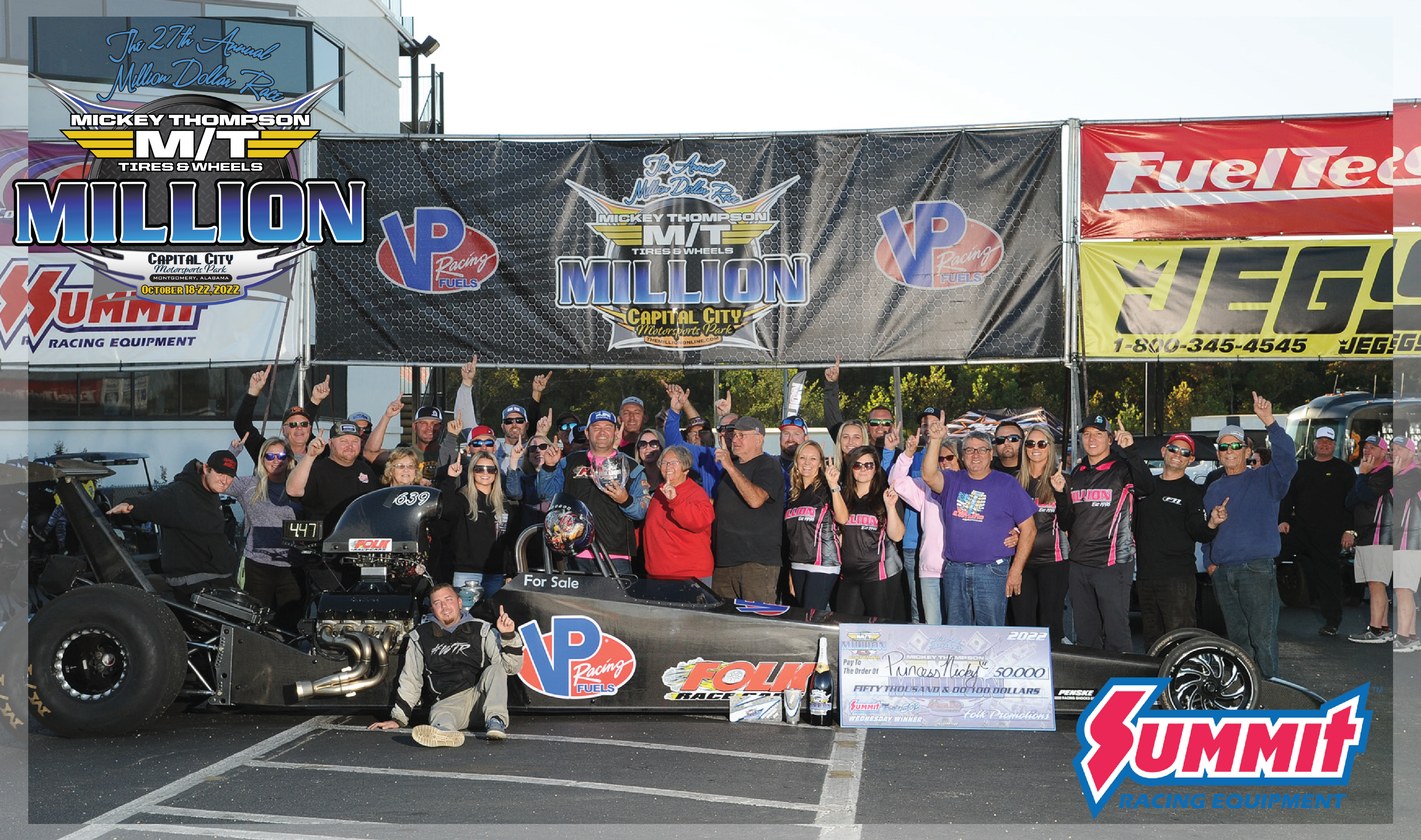 The 27th Annual Mickey Thompson Performance Tires and Wheels Million Dollar Race kicked off at Capital City Motorsports Park with Nick Folk of Durand, IL being crowned Wednesday’s Summit Racing Equipment Triple 50’s winner as he defeated Brad Clark in a “no-split” final round.  That’s right. No Split. Folk cashed in on the entire $50,000 as there was zero negotiations with the structure of the purse, adding pressure to both drivers at the start of the weekend.

Folk said “when you’re getting in the car, it’s a little different knowing there is no split for the $50,000 but we’ve all done this so many times. The situation was no different and there was no pressure once I pre-staged the car.”

“I was my normal .020 on the tree like I have been lately, but the no-split doesn’t affect 90% of us racers when we put our helmet on.”

“I have one bad hotrod. I’ve never dialed this close for that many rounds in my life. I want to thank everyone that helps us out with these cars. This is Car number one of the new Folk Race Cars built dragsters.”

Josh Jarrell was the lone semi-finalist, turning it red against Brad Clarke in the semi-finals. 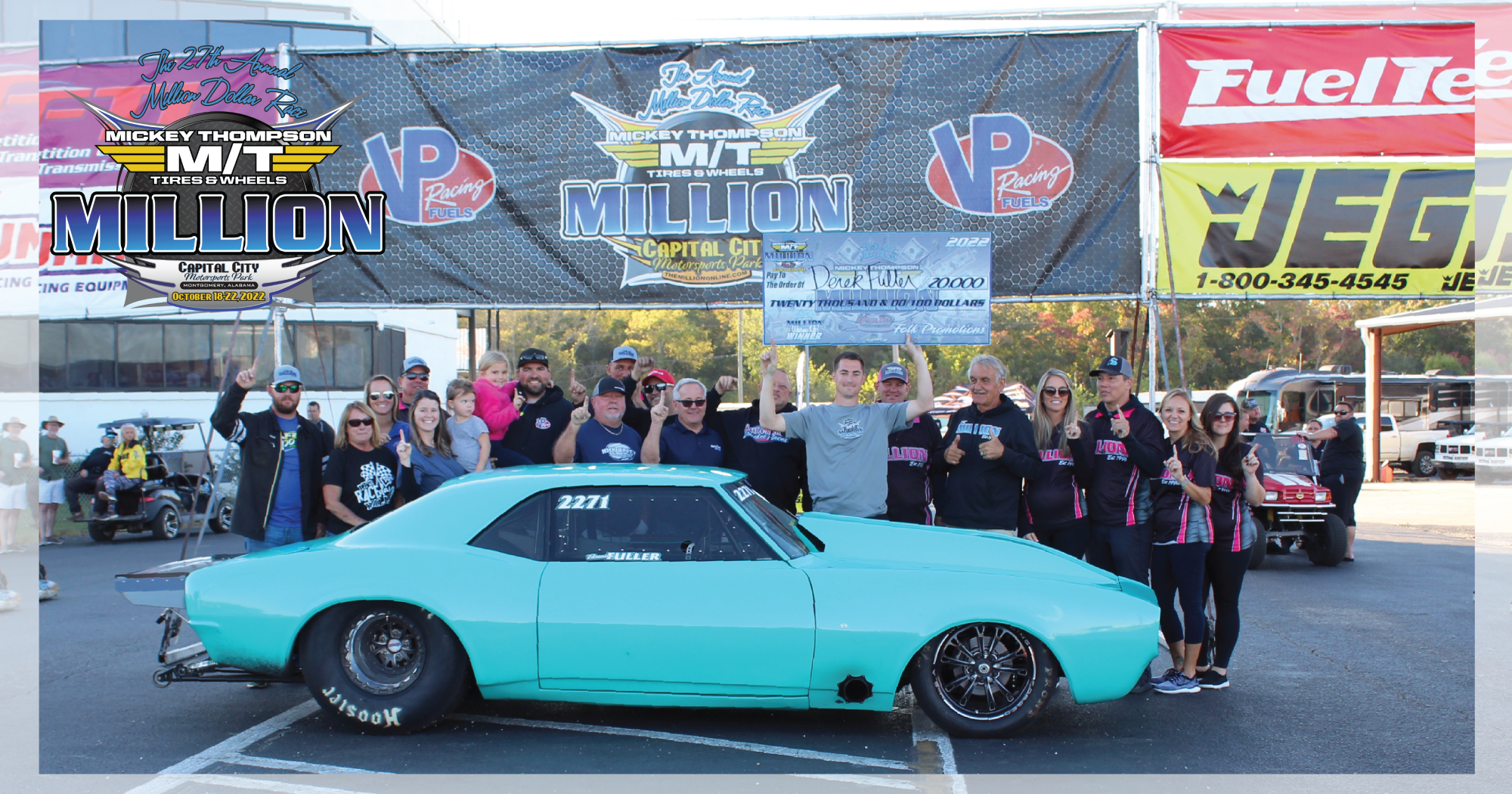 In Tuesday’s Race to the Million Warm-Up Race, Derek Fuller of Prattville, AL defeated Joe Hoskins in a four-thousandths margin of victory race as both drivers went dead on the dial with the advantage being at the Christmas Tree. Fuller’s .022 reaction time was enough to park his 1968 Camaro into the winner’s circle.

Fuller said “I want to thank my friends, family, Fuel Tech, and my dad. If it wasn’t for him, I wouldn’t be able to race. Also, thanks to Ben Willis and Capital City Motorsports Park for giving us a great place to race.”

Be sure to watch the remaining events on the Lucas Oil & Vintage Trailer Sales MotorManiaTV Live Feed. Racers on site can watch the event live from the staging lanes on the Glynn Smith Chevrolet Jumbotron.

Also, don’t forget to enter the VIP Club grand prize drawing for the 2022 GMC Sierra Truck for $39 and the American Race Cars Dragster Chassis Raffle. You do not have to be present to win any VIP prizes nor the dragster raffle. Anyone can enter at www.theMillionOnline.com and select “VIP Club.”