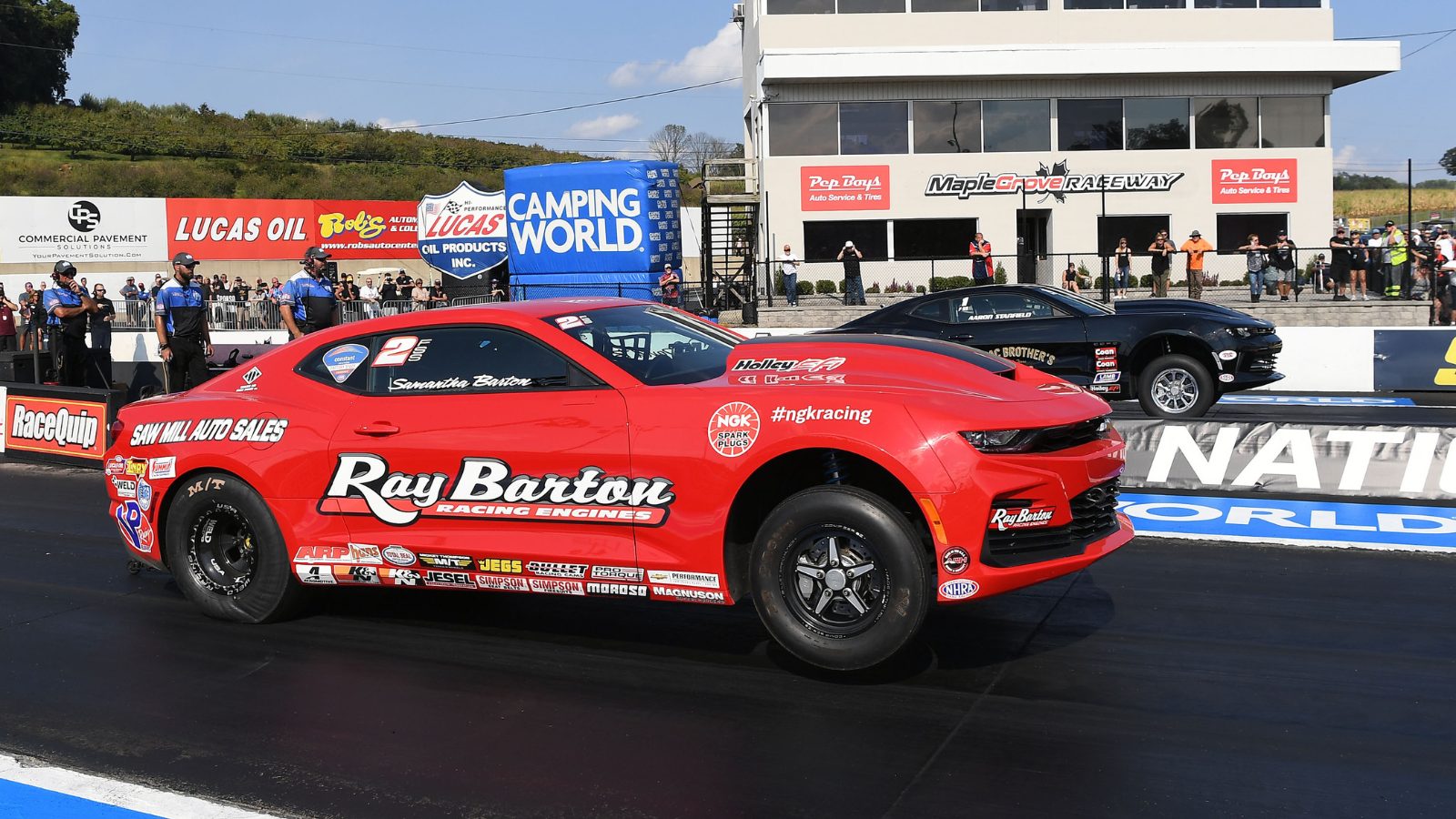 David Barton and his Saw Mill Auto Chevrolet COPO Camaro are on a winning streak as they look to claim the championship crown. After two consecutive victories, Barton will need only to qualify for the Texas NHRA Fall Nationals on Saturday to clinch the Constant Aviation Factory Stock Showdown championship.

“I’m trying not to change a whole lot and only worry about one pass at a time. I’ll be honest, though, I’ve never been so nervous to stage for the first round of qualifying,” Barton said. “We’re just going to do our normal deal, what else can I do? I don’t want to psych myself out. We’re definitely ready to celebrate but I don’t want to count my chickens before they hatch. I’m proud of my team, their effort, our customers, all our friends and family, it takes a lot to assemble this dream that we’re going to be living this weekend.”

Barton first took over the points lead with his victory at the U.S. Nationals in Indianapolis, sending Bill Skillman and his Ray Skillman Ford Cobra Jet to second in points. Heading straight into his home race, the Pep Boys NHRA Nationals in Reading, Pennsylvania, Barton once again put his Saw Mill Auto Camaro in the winner’s circle. Both final round victories were over defending class champion Aaron Stanfield, who sits third in points in his Stanfield Racing Engines COPO Camaro. Through the Constant Aviation Factory Stock Showdown Bounty Program, Barton now has a $2,000 target on his back that he’s hoping not to give up until the 2023 season. “Not to sound greedy, but I’d like to win another race. It would be nice to see a teammate win if not but we’re all going full force,” Barton said. “There’s definitely less pressure on me now. It’ll be nice to take a deep breath and just enjoy this race, but I wouldn’t mind putting another trophy on the shelf.”

Thus far through 2022, Barton has raced to five of the seven final rounds picking up three wins in the process. If all goes well, this will be Barton’s second official Constant Aviation Factory Stock Showdown Championship.

The conclusion of the 2022 Constant Aviation Factory Stock Showdown season begins with qualifying Friday at 1:30 p.m. and 6:00 p.m. and continues Saturday with a final qualifying session at 10:45 a.m., the first round of eliminations at 3:15 p.m. and the second round at 6:45 p.m. The semifinal and finals will be held Sunday at approximately 2:55 p.m. and 4:20 p.m.