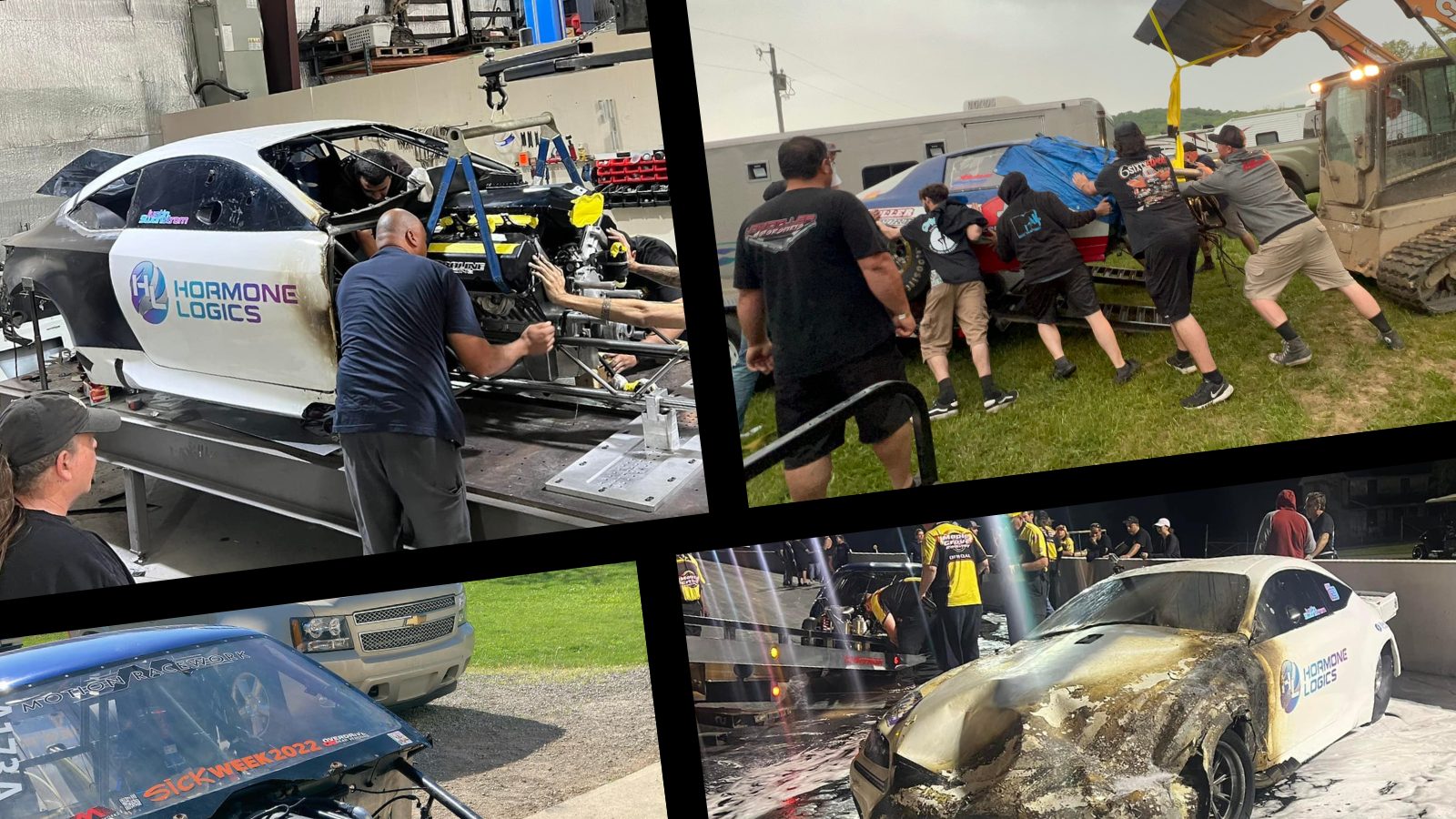 Okay, okay. Maybe not everything. But I’m telling you…this next generation of drag racers are nowhere near the millennial pansy asses that we like to think they are.

Looking for proof? Yeah, we got it.

Roughly six days or 155 hours ago, Justin “Lil’ Country” Swanstrom (I’m using that nickname until I’m dead) was about 330-feet down the pit-side lane of Maple Grove Raceway in Pennsylvania when a fuel line came loose and caused a massive fire under the hood of his notorious Lexus doorslammer during Friday night action at the most recent STREET OUTLAWS: No Prep Kings event.

As the front end of the obviously-three-second-capable doorslammer became engulfed in flames, Swanstrom pulled the parachutes. Almost simultaneously David Adkins and his C7 Corvette in the opposing lane lost traction, washed out, veered into Swanstrom’s lane and clipped the passenger side of his Lexus. The two cars spun through the eighth-mile traps and into both concrete retaining walls before coming to a stop and catching fire (or continued burning in the case of Swanstrom’s car). Fortunately, both drivers were able to walk away unscathed from the harrowing incident that put a stop to all racing for the night at Maple Grove.

Six-hundred-forty-five miles west in Indiana, recent Drag Illustrated 30 Under 30 alumni Nick Taylor was competing in Open Big Tire competition at Brown County Dragway’s “War in the Woods” shootout. The 28-year-old racer-and-fabricator was nearing the finish line in his beloved “Uncle Sam” – a tube chassis third-generation Chevrolet Camaro with a twin-turbocharged LS-engine that he debuted on Sick Week Drag-and-Drive shootout earlier this year – when the car drifted toward the centerline, washed out and drove directly into the guardrail. After turning broadside and sliding to a stop still right-side-up, Taylor, too, was able to escape the car under his own power and walked away.

In the time since these two scary high-speed incidents, these two young racers have hardly stopped working towards repairing their race respective hot rods and returning to competition.
Just shy of 38 hours from the time of his crash, Swanstrom and his family-based race team had made the 1,000-plus mile trip from Maple Grove Raceway to Cameron Johnson Race Cars in Lakeland, Florida, to drop off their Lexus to begin repairs just before 11 o’clock in the morning on Sunday. Best case scenario, in Swanstrom’s mind, was a return to action by the first of June as the No Prep Kings Series invades National Trail Raceway in Columbus, Ohio.

After pulling an all-nighter on day-one of the rebuild (the first of many), Cameron Johnson Race Cars had made significant progress on front-halving the Lexus RC F and installing new factory quarter panels. Several hundred miles north in Mooresville, North Carolina, the team at Justin Elkes’ Modern Racing had already begun the construction of a complete wiring harness for the car. Mark Menscer at Menscer Motorsports put together a shock package. In between calls to source further parts and trips to local parts stores, Swanstrom and crew cleaned, disassembled and rebuilt the Proline Racing engines Hemi and Liberty transmission that has powered “Prenup” since its debut on the no prep scene in early 2021. 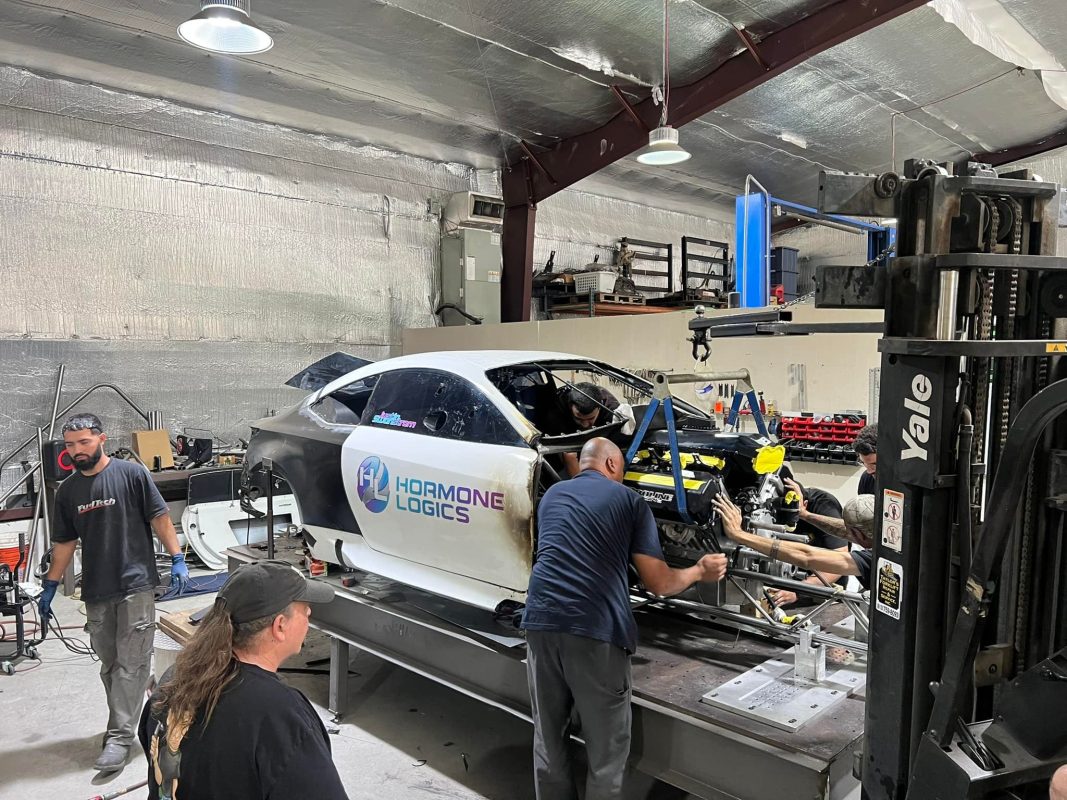 “Our goal is to be able to fire up the car tomorrow afternoon,” Swanstrom reported via Facebook livestream on Tuesday, May 17th. “If we get it running and there’s no issues, we’re going to load it up and we’re going to try and make it to New Hampshire.”

You’re spinning in circles – in flames – on Friday night and by the following Tuesday you’re threatening to be in the lanes at New England Dragway this weekend?

For any one I’ve heard tell me that these young guys (and gals) just don’t want it enough, or aren’t willing to do the work required to be successful in racing…well…I’d like you to follow Justin Swanstrom on social media for the next few days, and go back and look at all this young man has done since last weekend. Sure, you’ll see some swear words maybe or a big opinion or two, but you’ll also see someone who – along with many others – is working himself into the ground and likely spending himself into oblivion in pursuit of his drag racing dreams.

Even more impressive, at least in my opinion, is that he’s essentially documenting the entire process.

In Ft. Wayne, Indiana, at Nick Taylor’s Mid America Kustoms, a similar scenario is unfolding as work begins to make the necessary repairs to the young racer’s red-white-and-blue “Uncle Sam” Camaro. While the pace not quite as ferocious as that of Swanstrom and company, Taylor has little patience when it comes to getting back to racing. 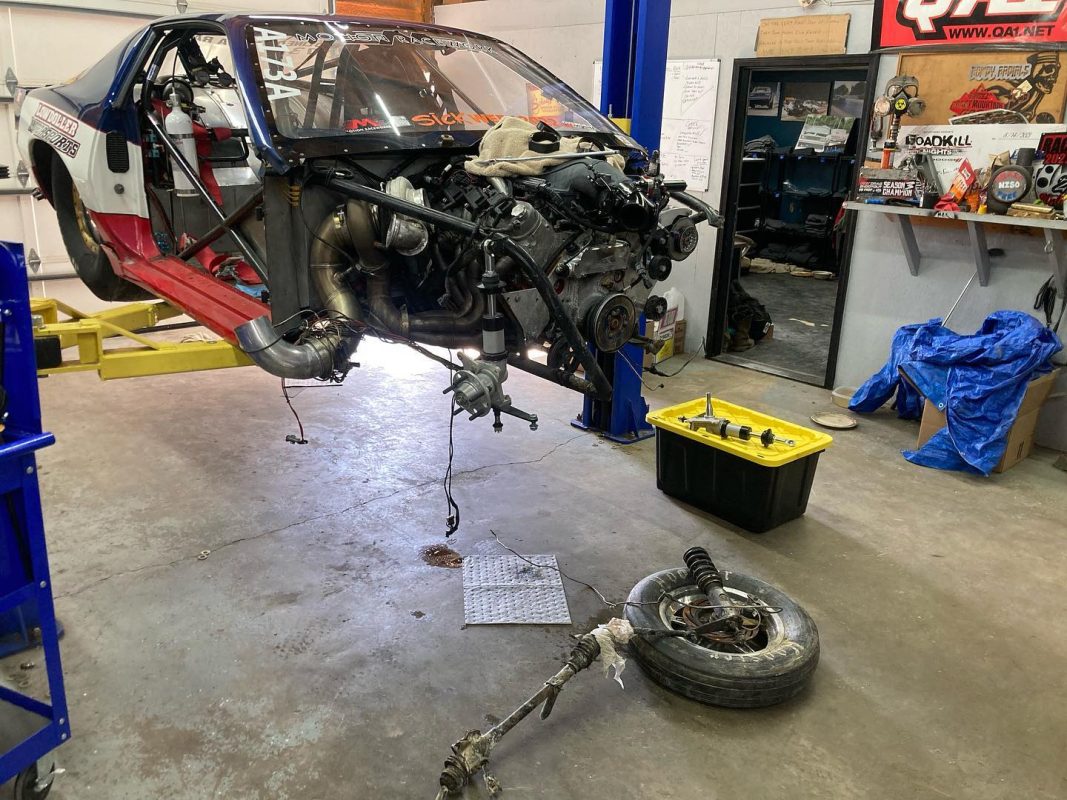 “Have you ever been hangry?” Taylor asked me when we spoke about the incident earlier this week. “That’s how I get when I’m not racing. I’m not happy.”

Taylor and the gang at Mid America Kustoms had their prized third-gen in pieces the day after his crash at Brown County.

“We got it unloaded the next morning with a Bobcat, and went to work cutting shit off of it,” he continued. “Once we got it kinda cleaned up and on the hoist, I thought, hey, it’s really not that bad – could’ve been a lot worse. We’re mainly going to be replacing the front down bars, one motor plate mount, front suspension, brakes, steering and stuff. Lots of wiring and the cold side of the turbo system. Not nothing, but I’m thinking we can be back racing in a month. That’s the hope.”

A month? Taylor’s incident and the damage done to his race car would be more than enough to derail any racer. Truth be told, top end crashes like that – even those racers walk away from unscathed – have ended careers. The damage done to a new-to-you race car can be devastating – regardless of your resources. It almost always is. For a do-it-yourselfer in his late 20s, man…this kind of optimism and drive to get back behind the wheel are pretty damn impressive. Inspiring even.

“My girl was surprised by how well I’m taking this deal, too,” said Taylor. “But how can you be mad or bent up when you’re surrounded by all these great people? How can you be down and out when you’ve got all these people that have your back? I’m super blessed. We’ve got a lot fo work ahead of us, but it’s just a blip on the radar.

“I had a buddy tell me, ‘I’m not going to sit around and cry over spilled milk,’” he continued. “He said, ‘I’m just going to pour another glass.’ That really hit me. That’s what we’re doing. All my buddies have been helping out in any way they can. Colt Coffey lent me his trailer – well knowing we may tear it up trying to unload the car with a skid loader. My good friend Alan Robinson told me to use whatever parts he had on the shelf – use whatever we needed. ‘Jackstand’ Jimmy Taal donated to get the bent up wheel I posted on social. Todd Johnson donated a new one and Rodkeese Lewis is going to donate a front end to us because he’s a huge fan of our YouTube channel. It’s pretty amazing.” 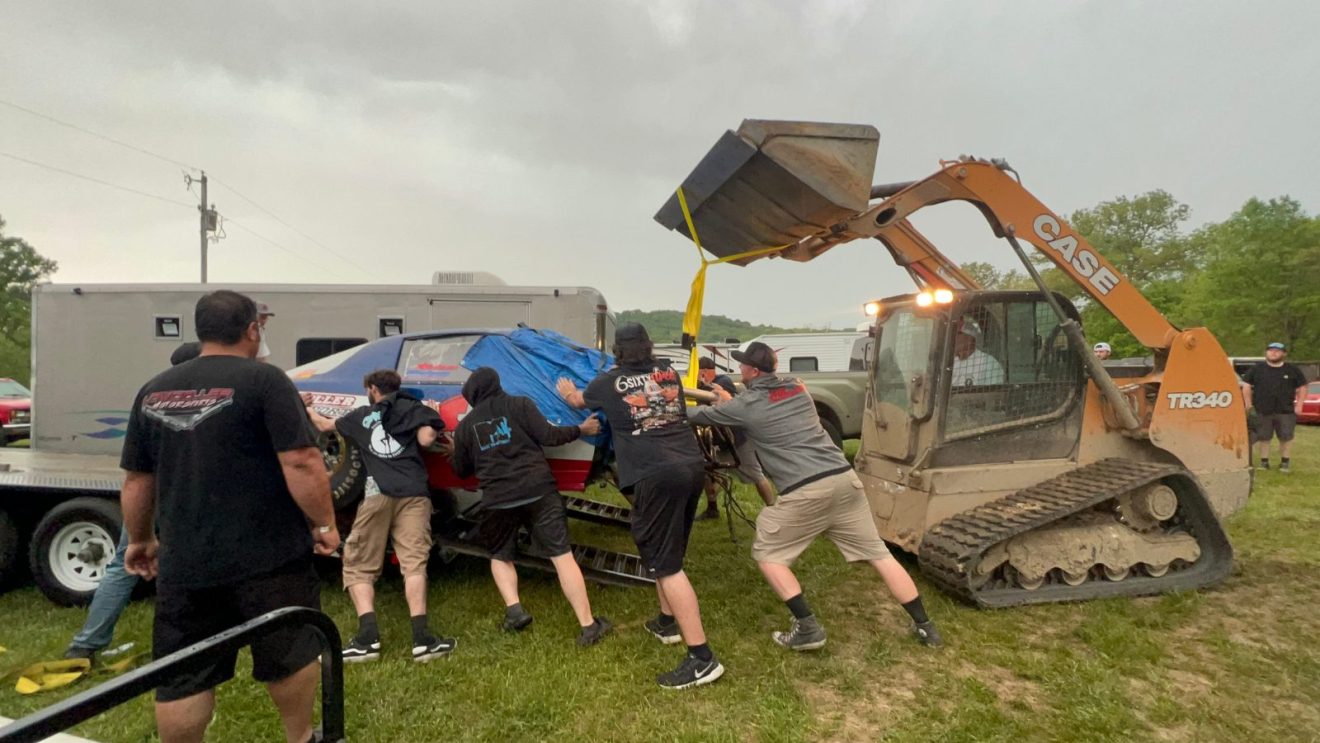 No doubt they will have had some help along the way, but no matter when these two return to action (my bet is they both achieve their stated goals) they will have made a few things abundantly clear.

First, drag racing is the great American motorsport. I get it. I’m biased. Painfully biased. But I really don’t think stories like this exist in every sporting community. I really don’t. This is a special group of people that are uniquely passionate and determined in ways an extremely small number of folks understand or appreciate.

Secondly, we absolutely, positively are living in the good ol’ days of drag racing. NHRA is selling out national events. Drag racing is responsible for some of the hottest reality television programming in the world. There were 50-plus Funny Cars competing against one another this year. From sea to shining sea and across almost every drag racing sanction, series and independent events, things are good. Mergers, acquisitions, major partnerships and determined independent operators – the business of racing is booming, too.

Lastly, and perhaps most importantly, at least in the context of this writing, is that our sport is in good hands. Drag racing surely looks different than it did and it will certainly continue to change and evolve, but rest assured there is a crop of highly-motivated, youthful racers that can and will carry this scene into the future, and I’m here for it.