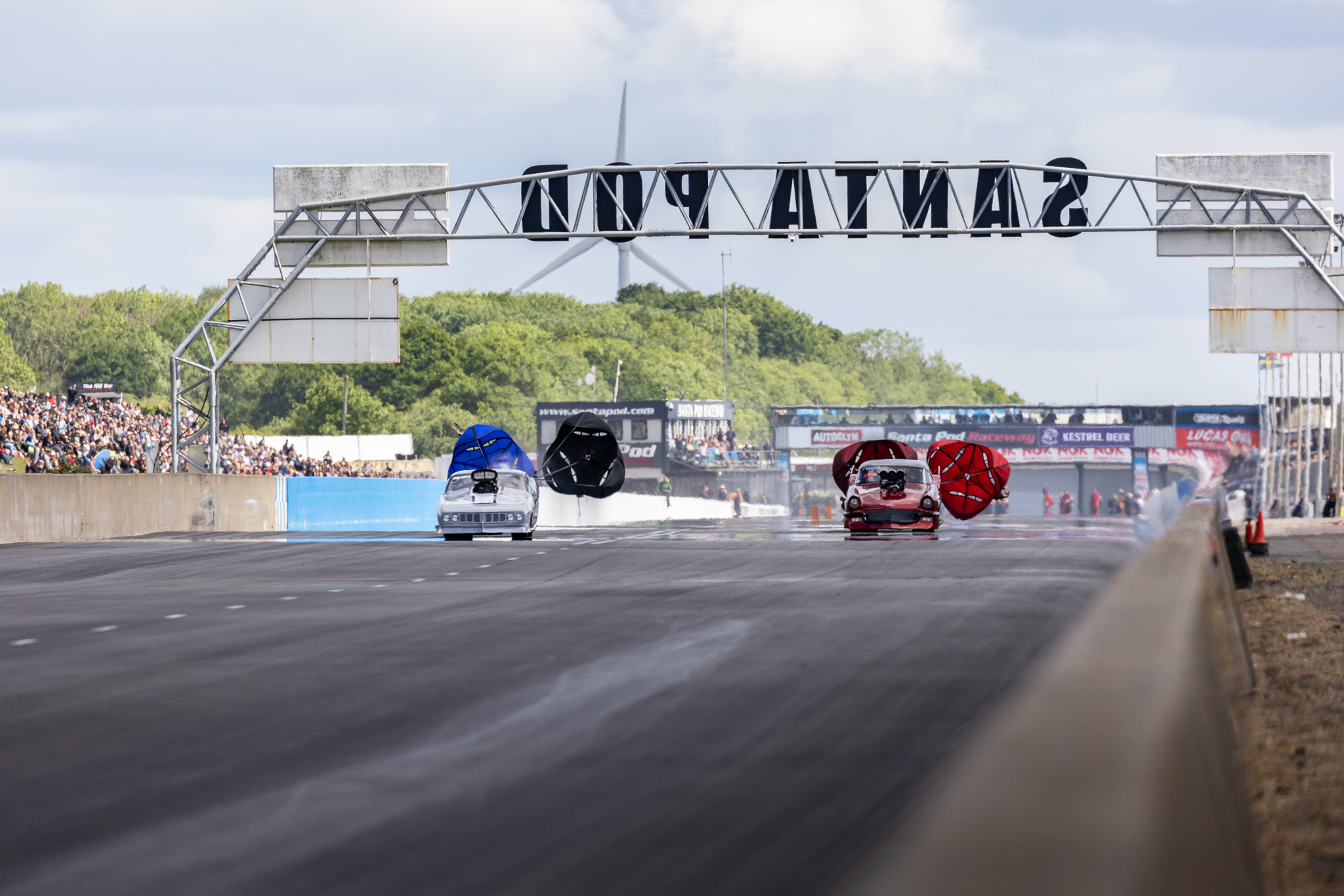 After a two-year break due to Covid, it was finally time again to kick off a new, more normal, FIA European Drag Racing season at Santa Pod Raceway. Although many of the Scandinavian competitors missed the event because of their national Brexit rules, the drivers who made it to Santa Pod provided great racing action with plenty of close runs, many new personal bests, much drama, and even a couple of new European records. The faithful fans, eagerly anticipating the return of the Championship series, filled the grandstands and the camping grounds under mostly sunny skies in great numbers throughout the whole weekend.

With reigning Top Fuel champion Anita Mäkelä having announced her retirement from racing a few weeks prior to the event and several other Top Fuel teams not making the trip to England, it was the three Rune Fjeld Team drivers duking it out at the track.

After four tire-shake-troubled qualifying sessions, Ida Zetterström sat on the top of the short ladder with her 4.081 at 222 mph followed by Susanne Callin and Antti Horto. This gave her the bye run in the first round of eliminations, where she stunned everyone once more with a new European record of 3.782 at 301 mph. Only a snapped blower belt prevented her from going even quicker and faster.

Horto ran a new personal best of 3.808 at 318 mph to defeat Callin, who coasted to a 5.799 at 108 mph after experiencing severe tire shake during the run. In the final round, Horto ran another 3.80 to take the victory over Zetterström, who smoked the tires right after the hit and wasn’t able to recover.

Reigning Top Methanol champ Sandro Bellio showed no signs of rust and qualified with a best of 5.48 at 265 mph during the four qualifying sessions. He went straight to the finals where his opponent Linn Fløysvik couldn’t make the call due to engine problems and handed him over the win. 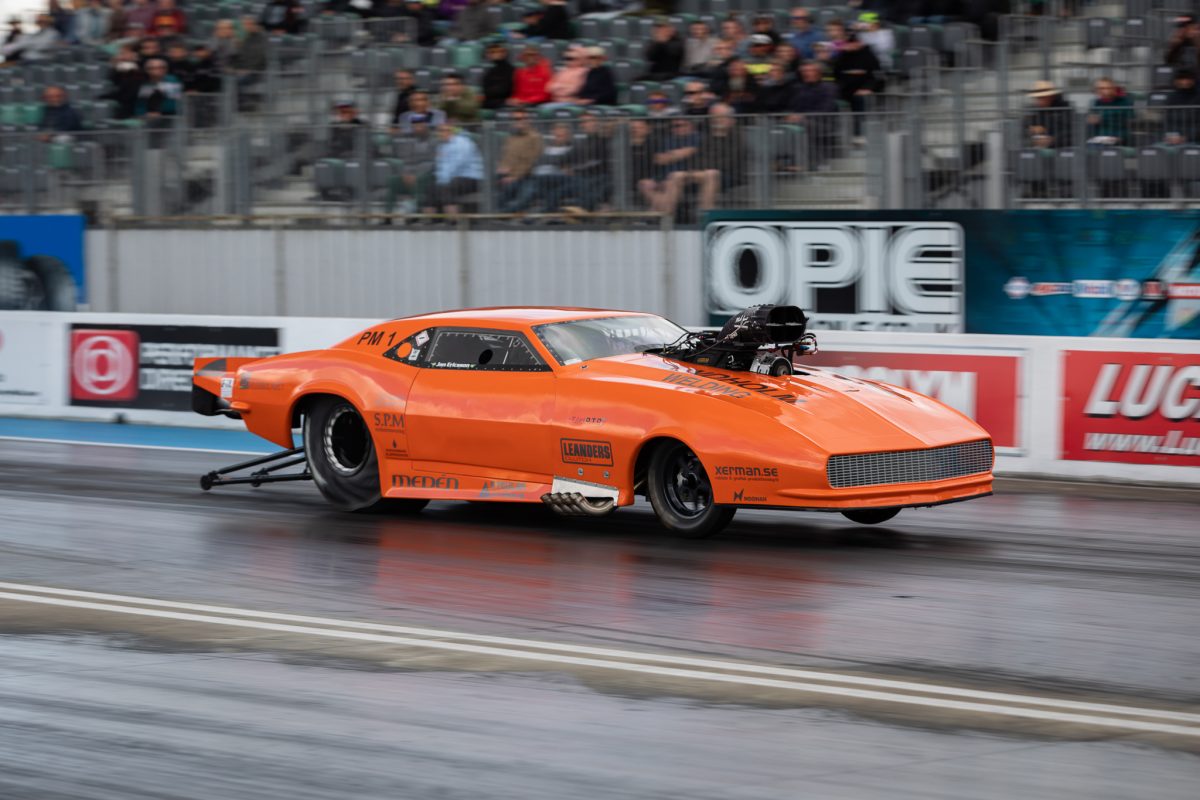 In Pro Modified it was reigning champ Jan Ericsson who took the top spot of the 16 entered cars with a stellar 5.72 at 250 mph shattering the existing European E.T. record in the same process. In the second spot Nick Davies, over a tenth behind with a 5.874 at 247 mph, followed by David Vegter, who took the third spot with his 5.88 at 231 mph.

On race day Ericsson continued to show that he is a force to be reckoned with, running consistent 5.7s in every round beating Norbert Kuno in the first, John Tebenham in the second, and Bruno Bader in the semifinals to face off against David Vegter from the Netherlands in the final round. On his way to the final, Vegter defeated Wayne Nicholson, Kev Slyfield and Andres Arnover while improving his E.T. from round to round. In the final Vegter had the better light but Ericsson ran him down and took the win with a 5.794 at 246 mph over Vegter’s 5.909 at 225 mph.

The Nitro Funny Car teams also struggled to find the right tuneup for the conditions on Friday and Saturday. In the end it was Kevin Kent who took the top spot with a 4.91 at 176 mph. Disaster struck in the fourth qualifying session on Saturday, when Kevin Chapman faced off against Steve Ashdown. After spinning the tires at the hit and a quick pedal job Chapman’s car turned into the wall shortly before the eighth mile, the exploding fuel tank separated the body from the chassis, which skidded upside down across the other side of the track. To everyone’s relief, Chapman got out of the car under his own power and was completely unhurt.

A rather quiet but spectacular run was performed by Hans-Henrik Thomsen on his “Silver Lightning” electric bike. Over the course of the weekend he brought the bike out for several exhibition runs trying to find the correct setup. On Saturday around noon, he made history with his blistering 6.619 at 206 mph, smashing both ends of the electric world record.

We’re looking forward to the second round of the FIA European Drag Racing Championship, which will be held in August at Tierp Arena, Sweden. 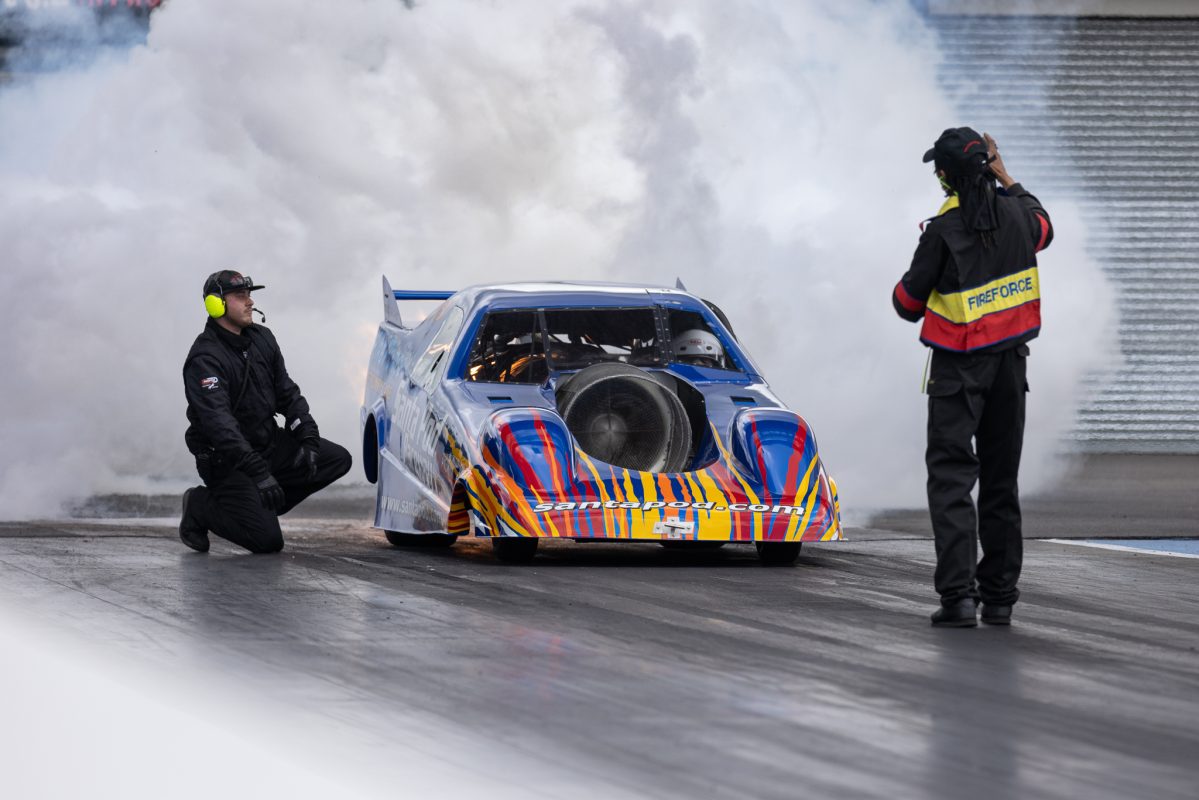 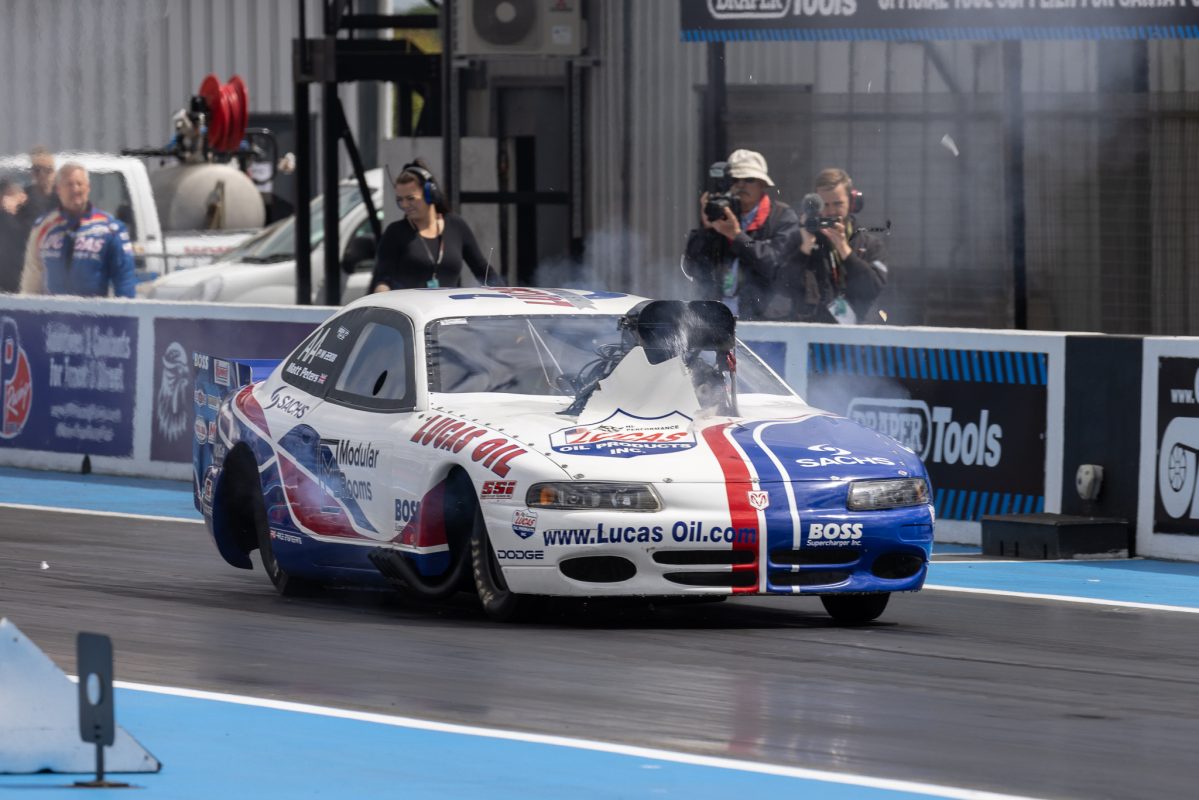 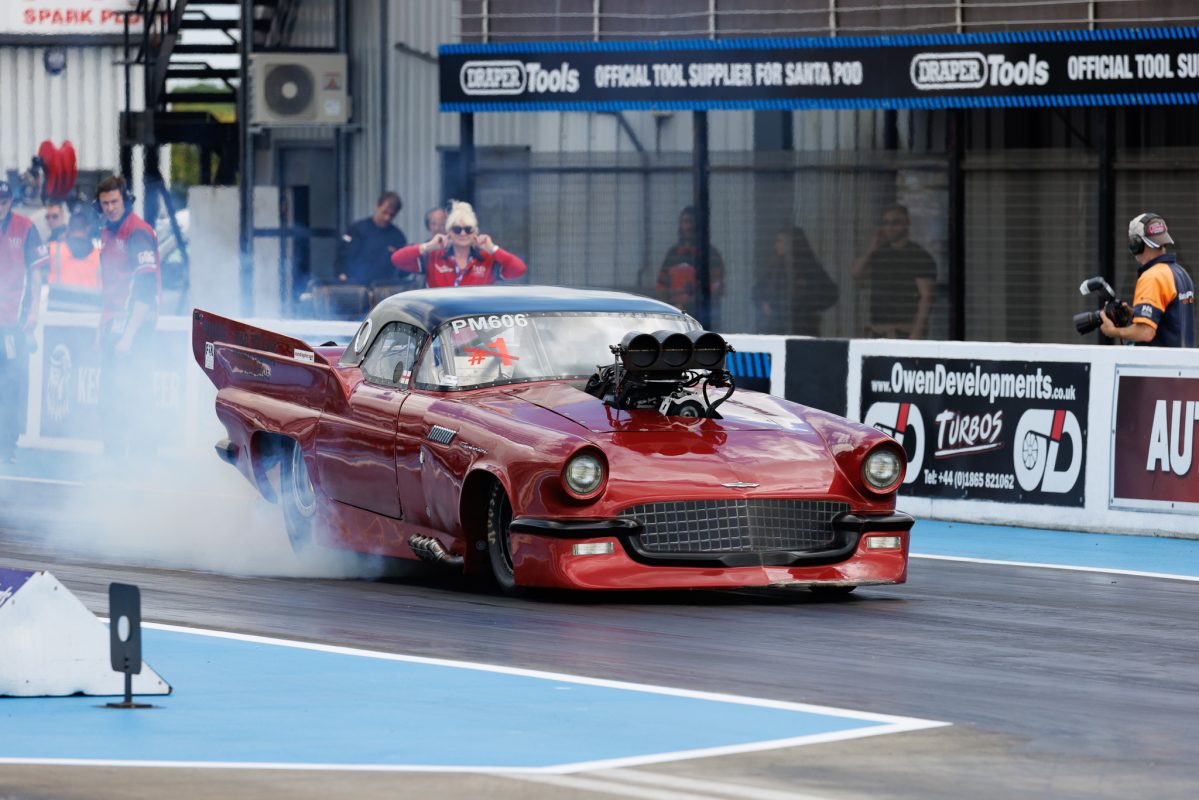 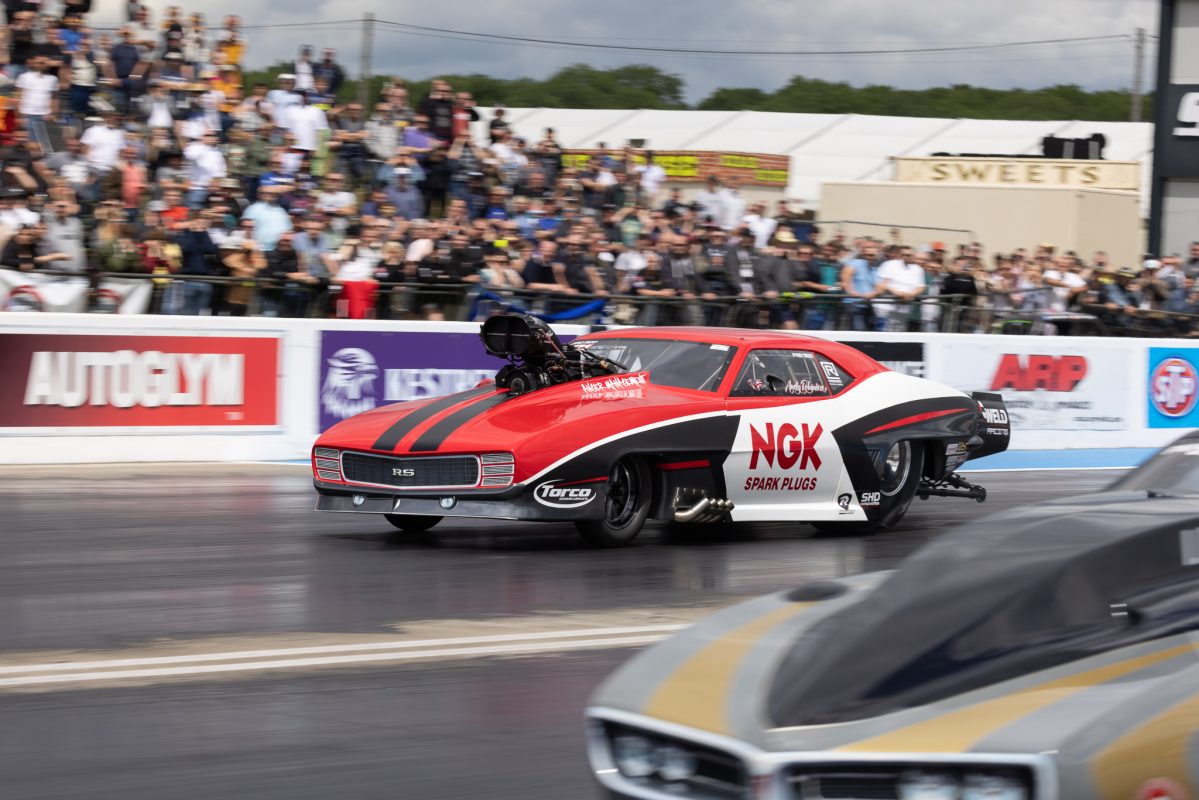 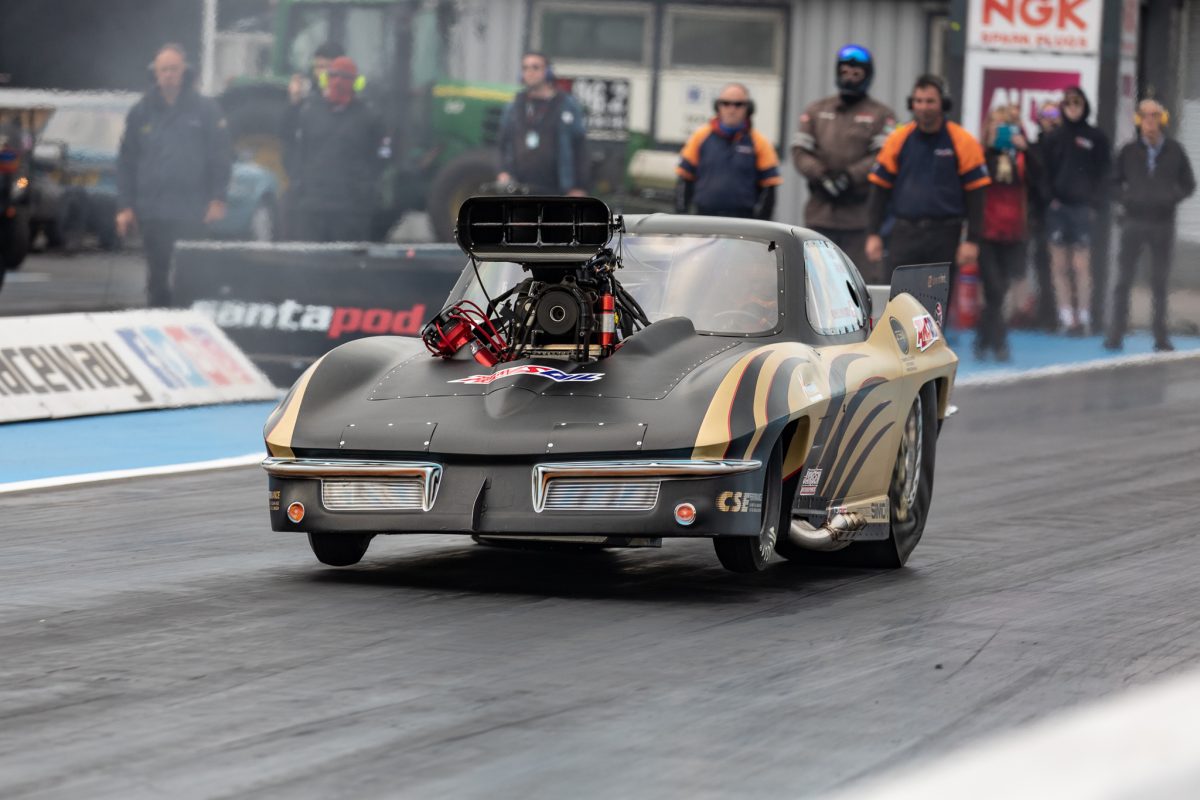 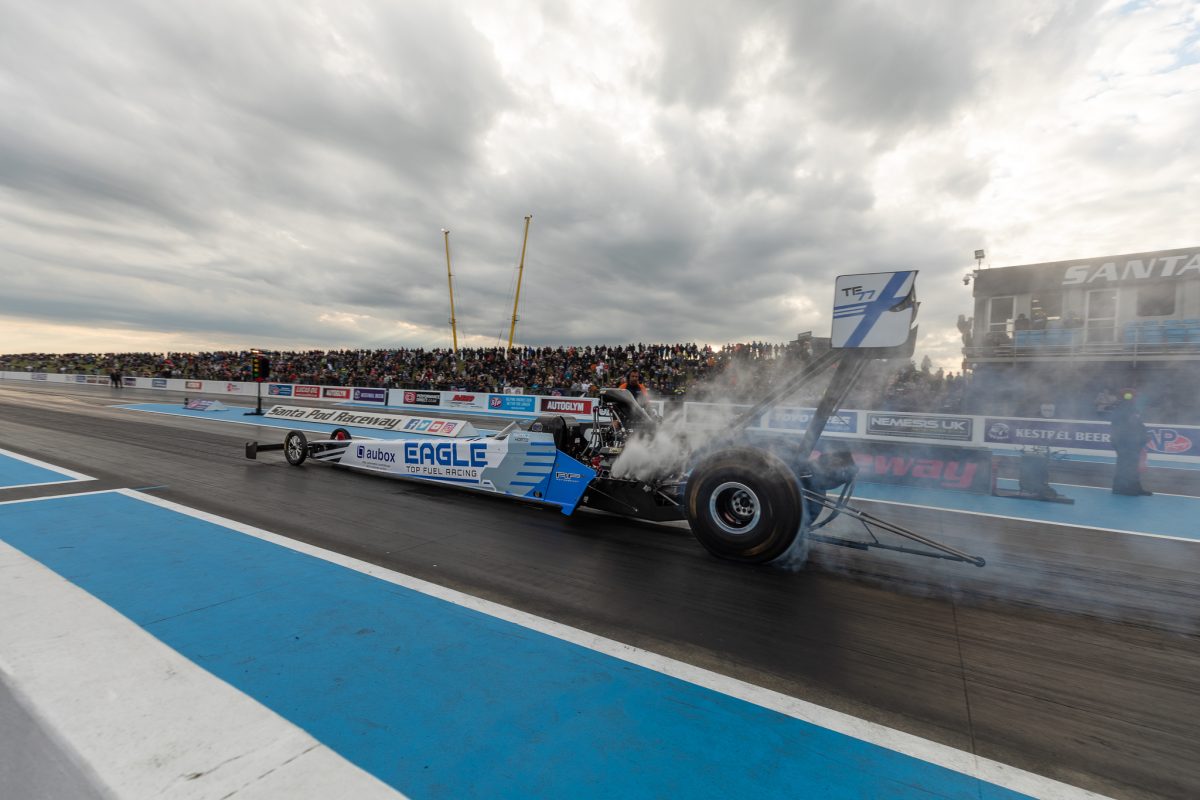 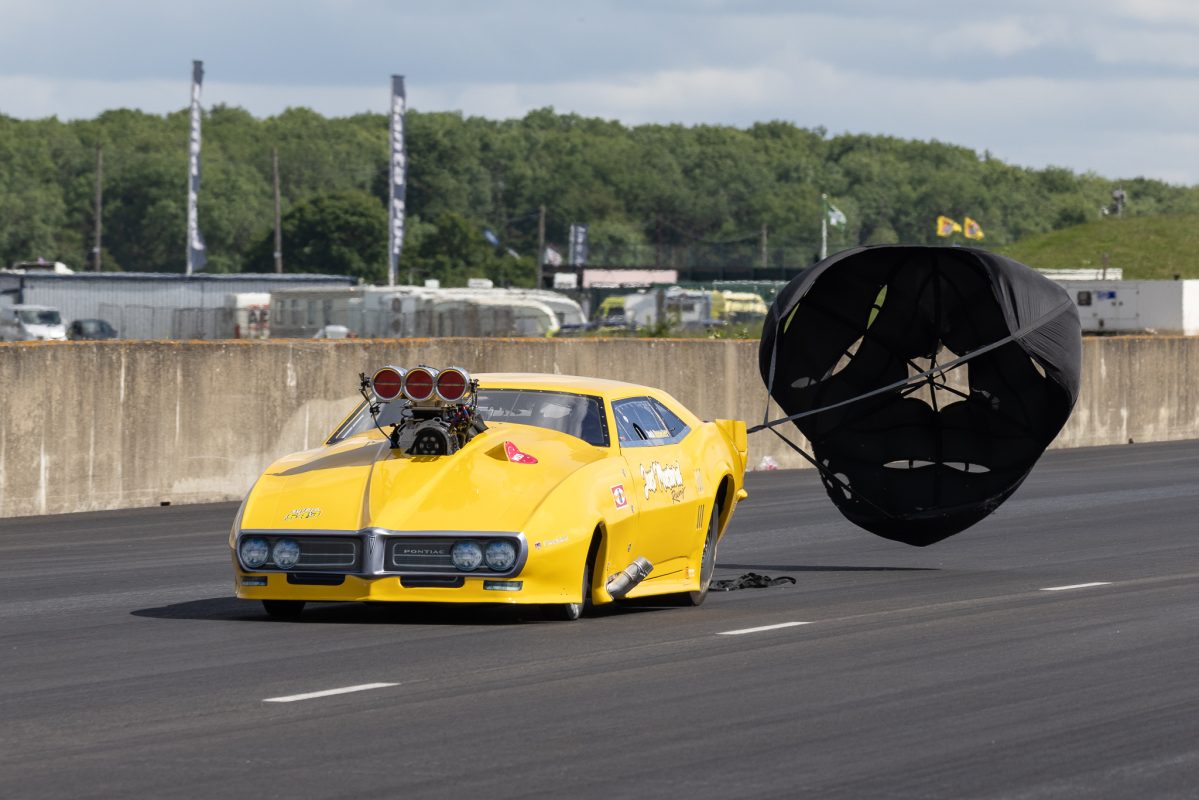 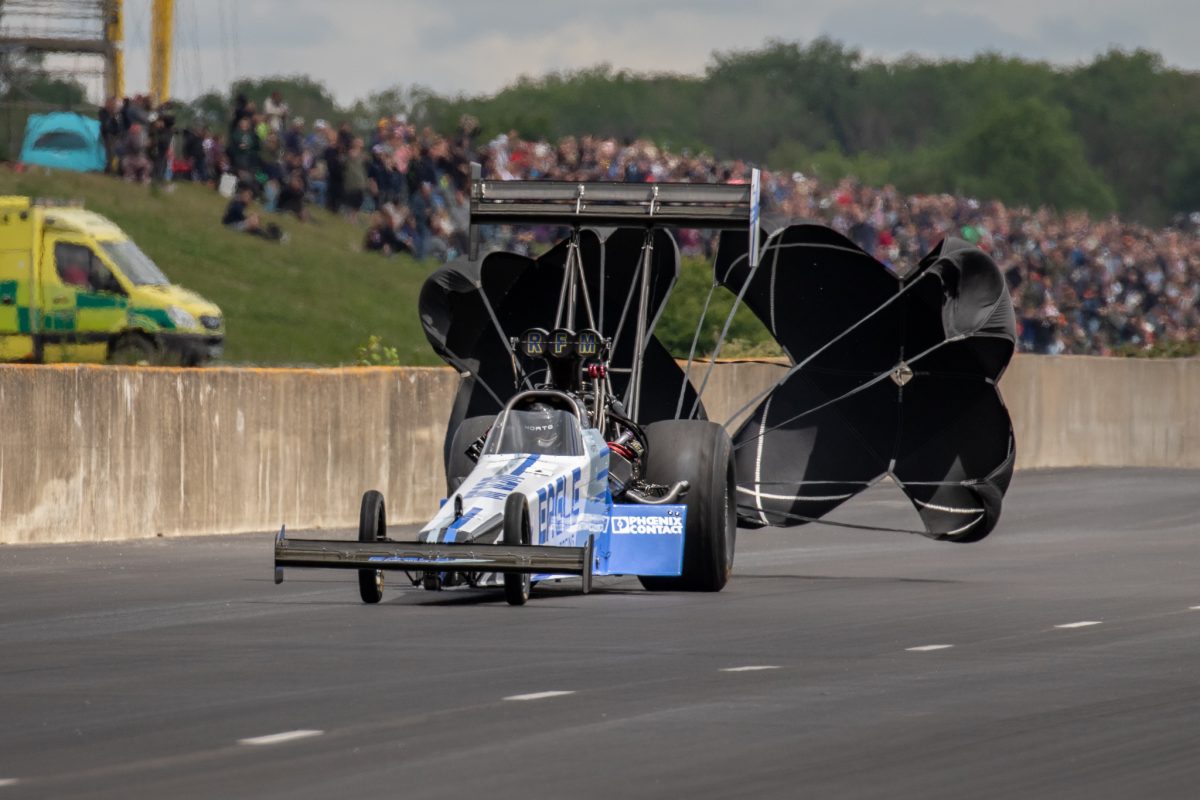 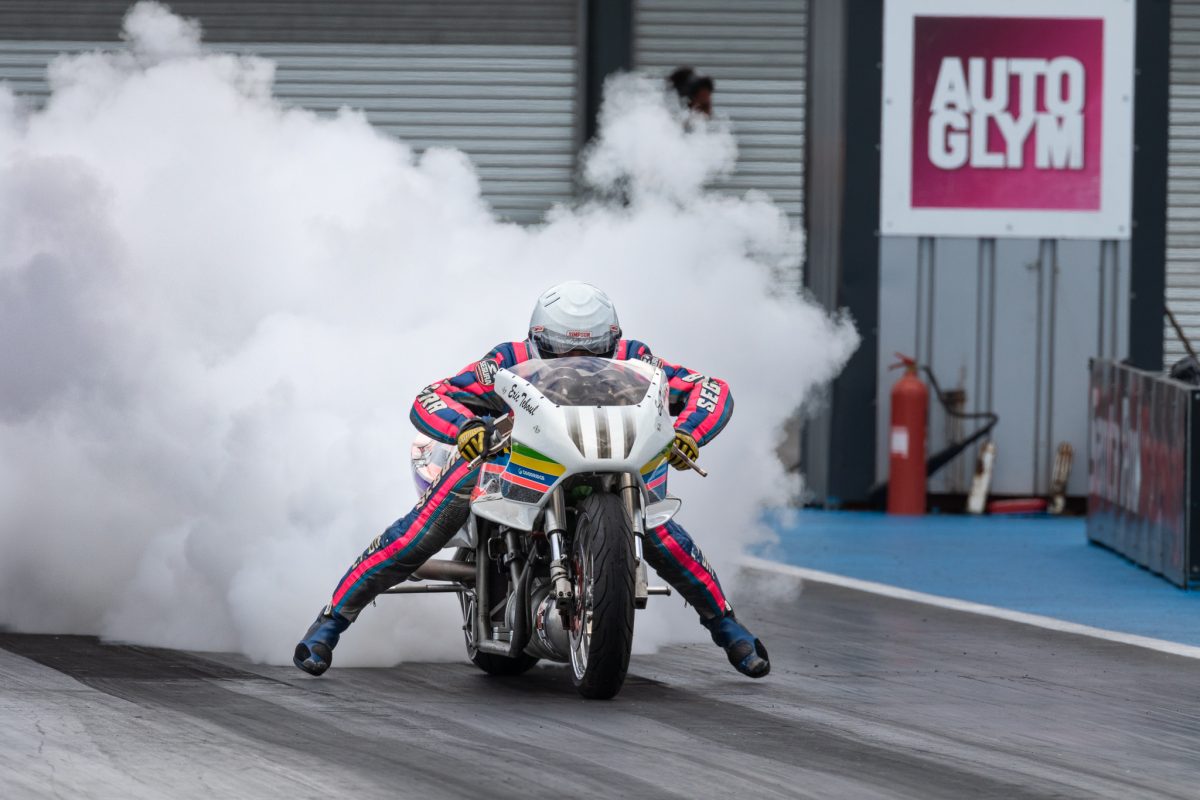 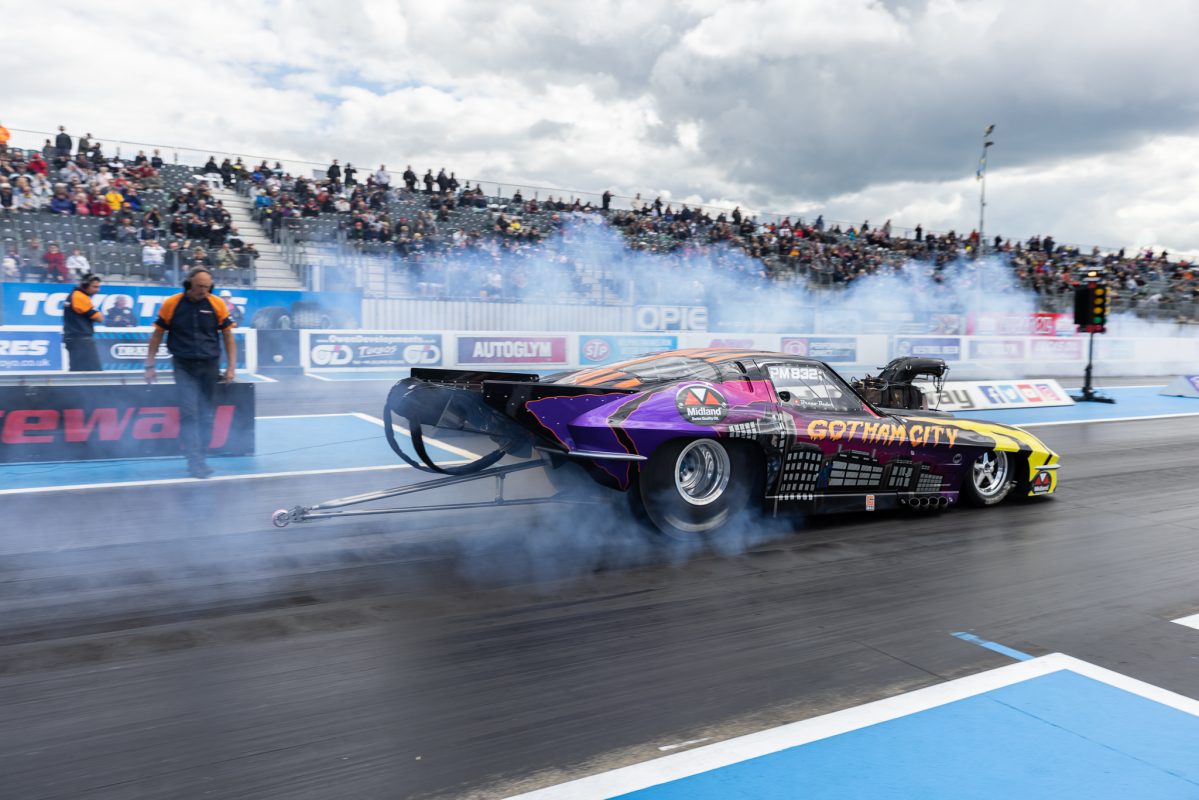 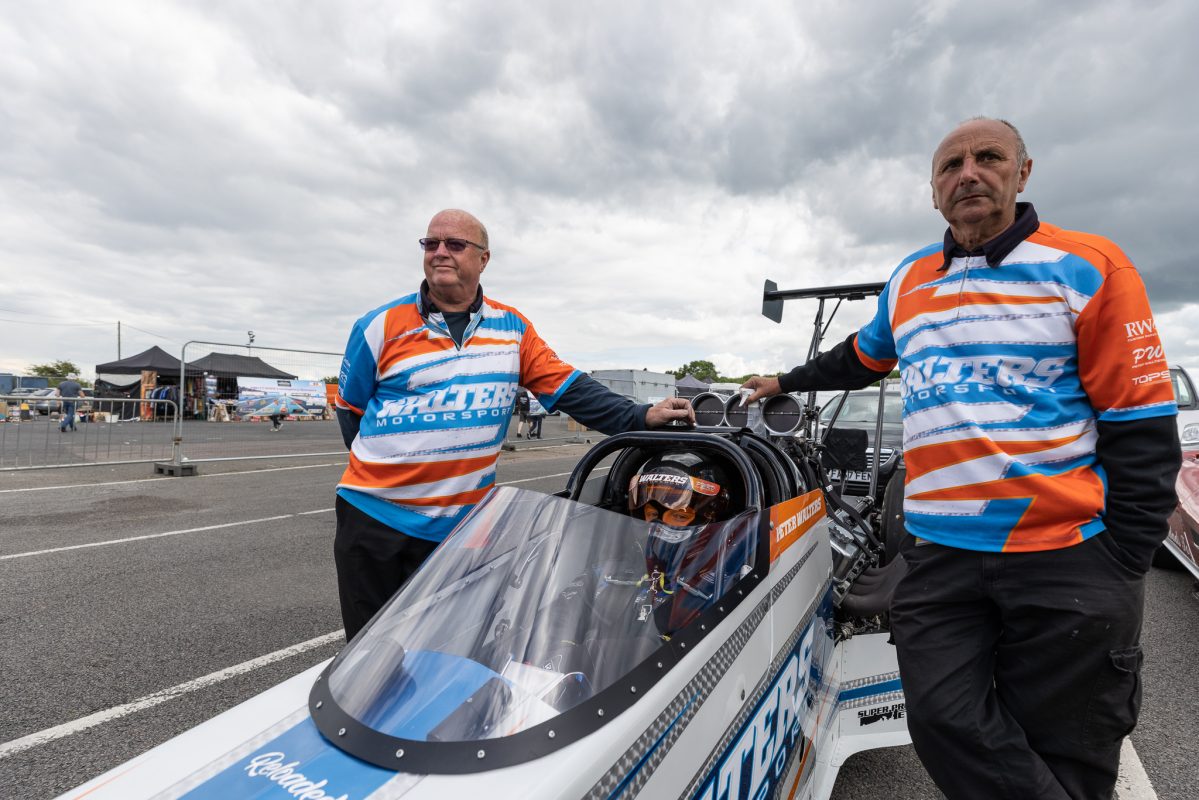 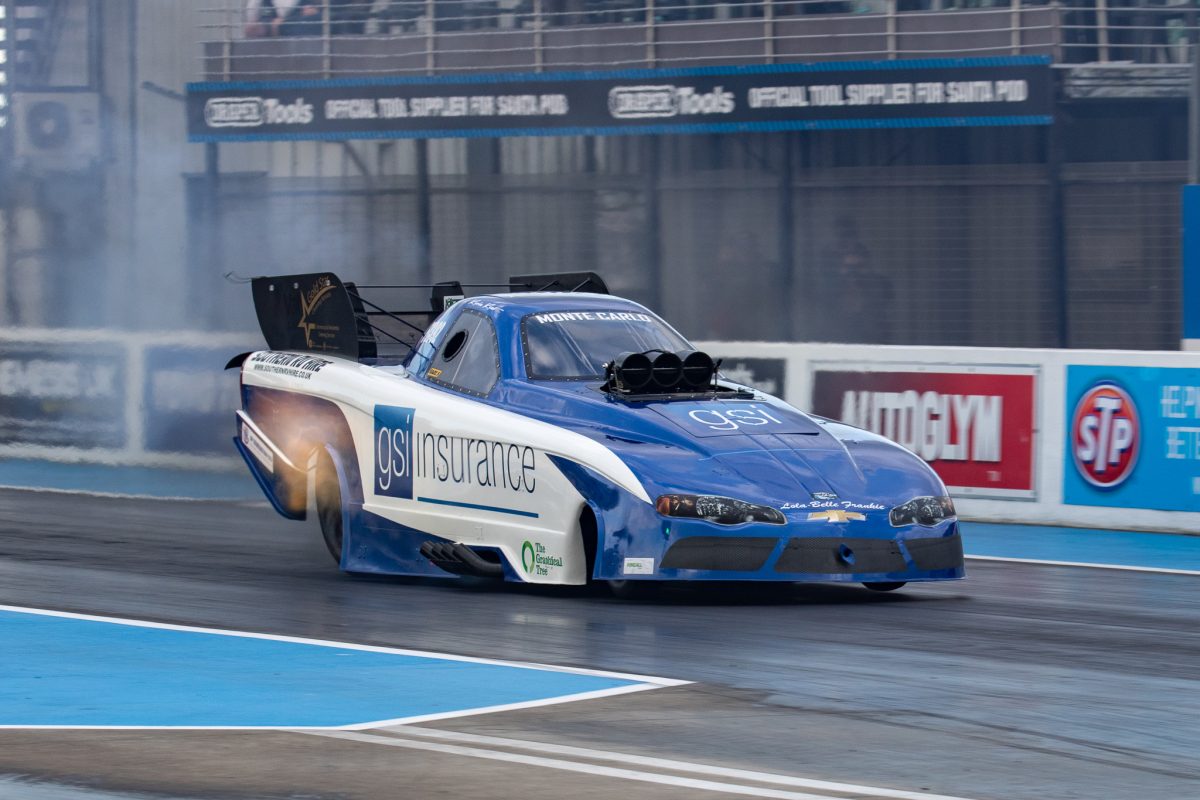 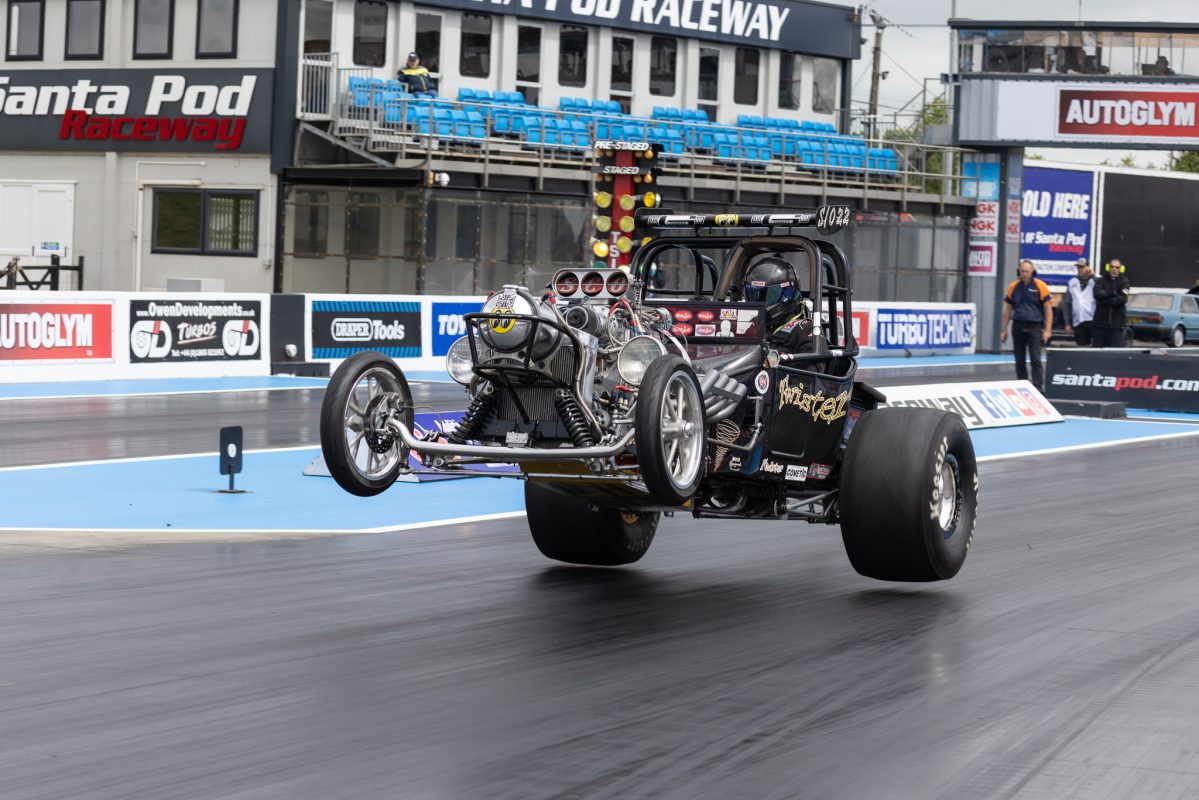 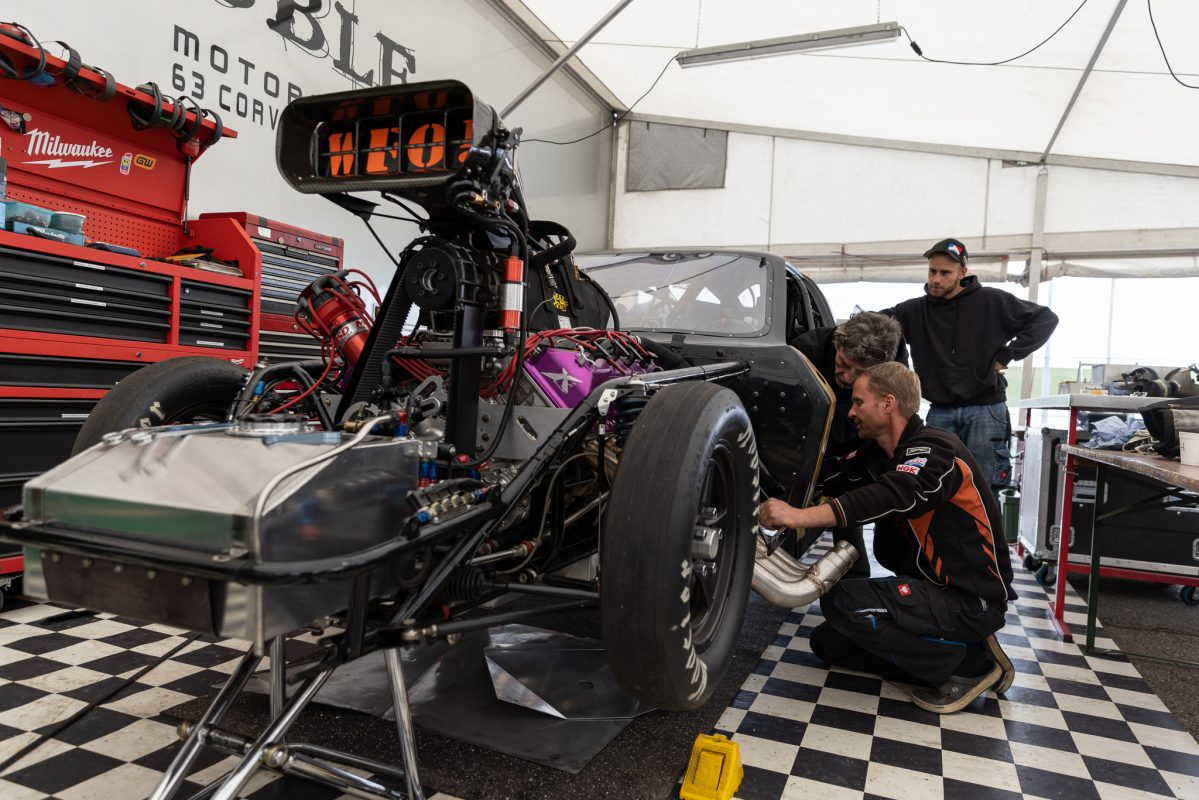 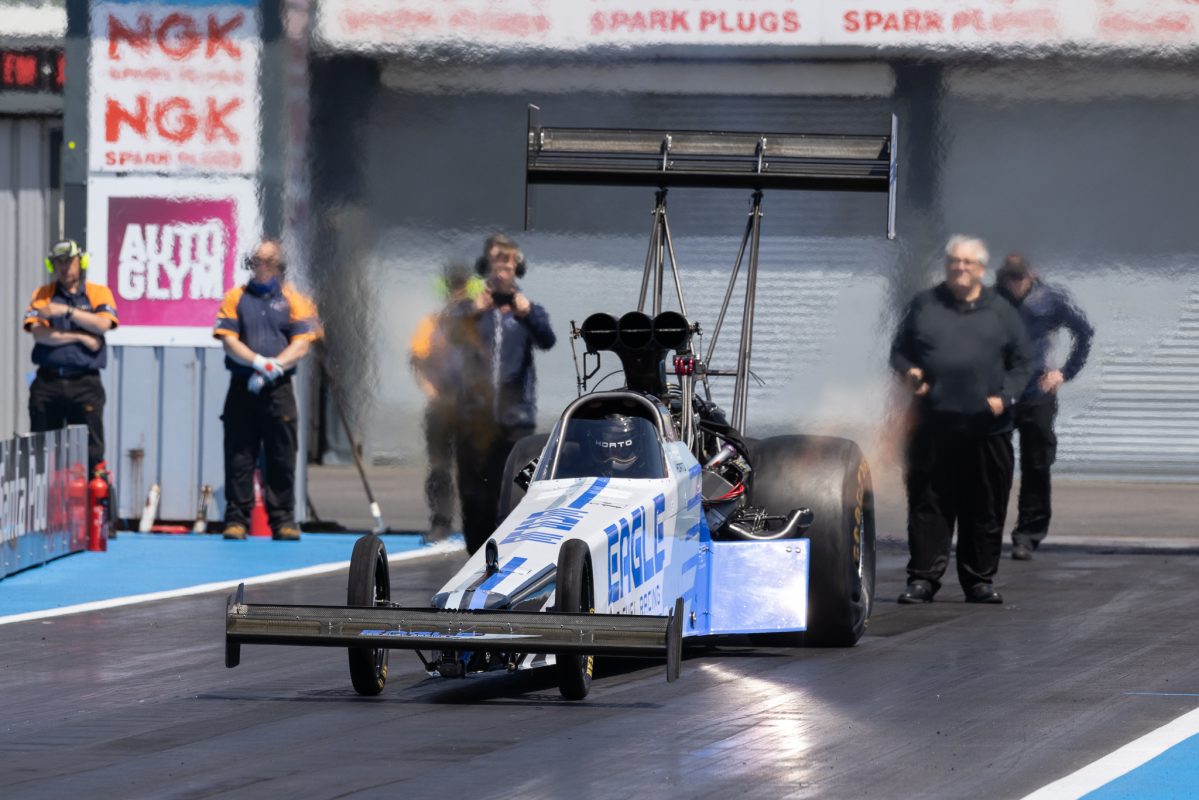 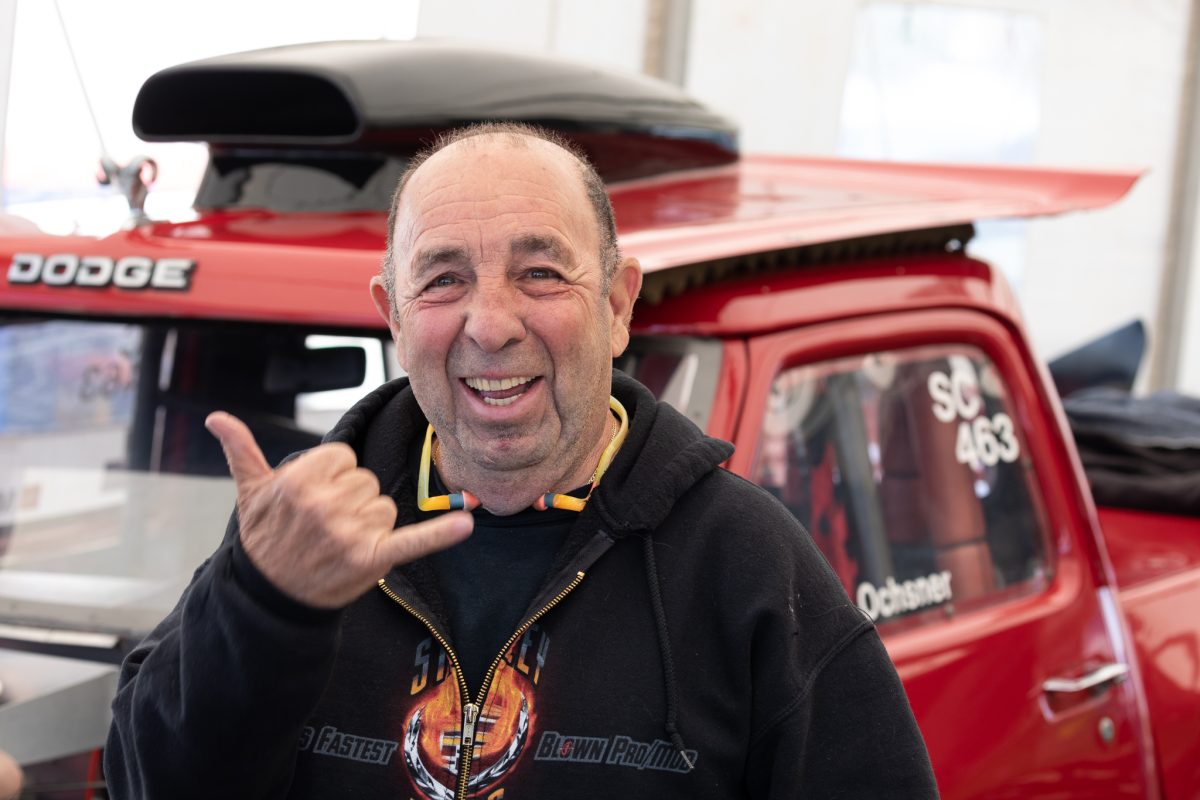 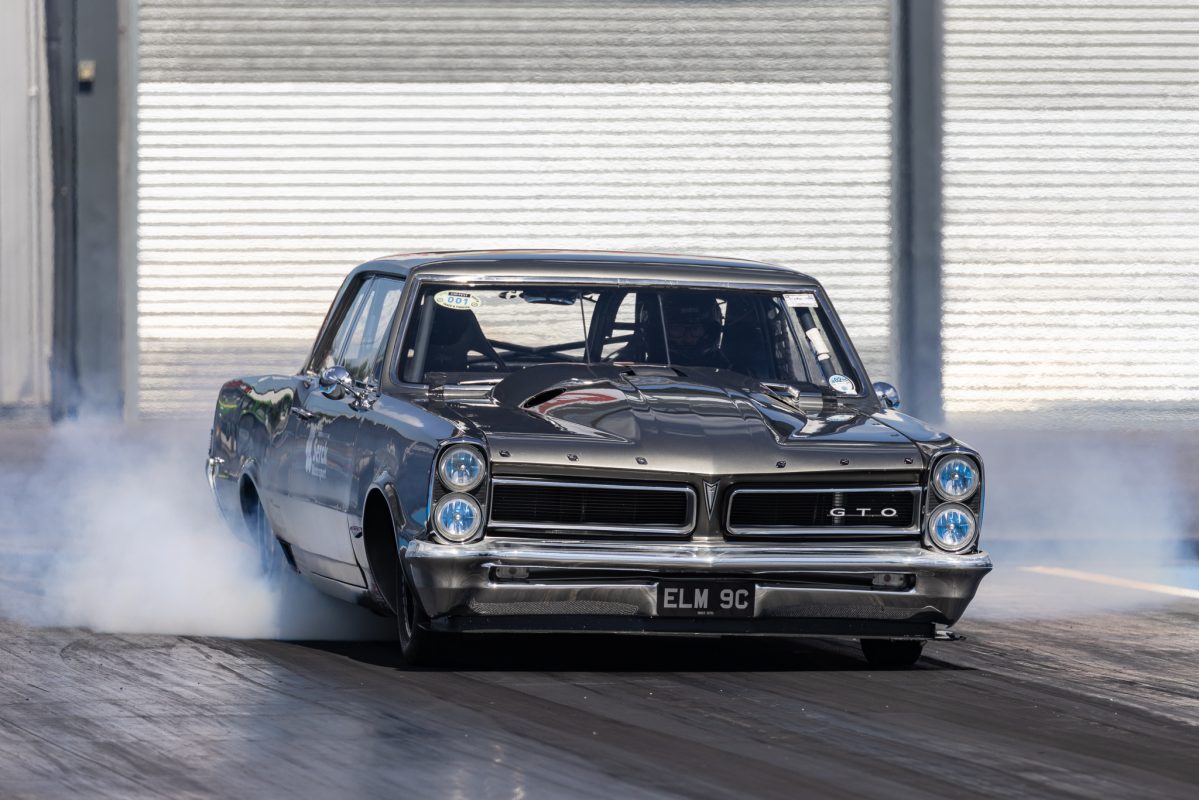 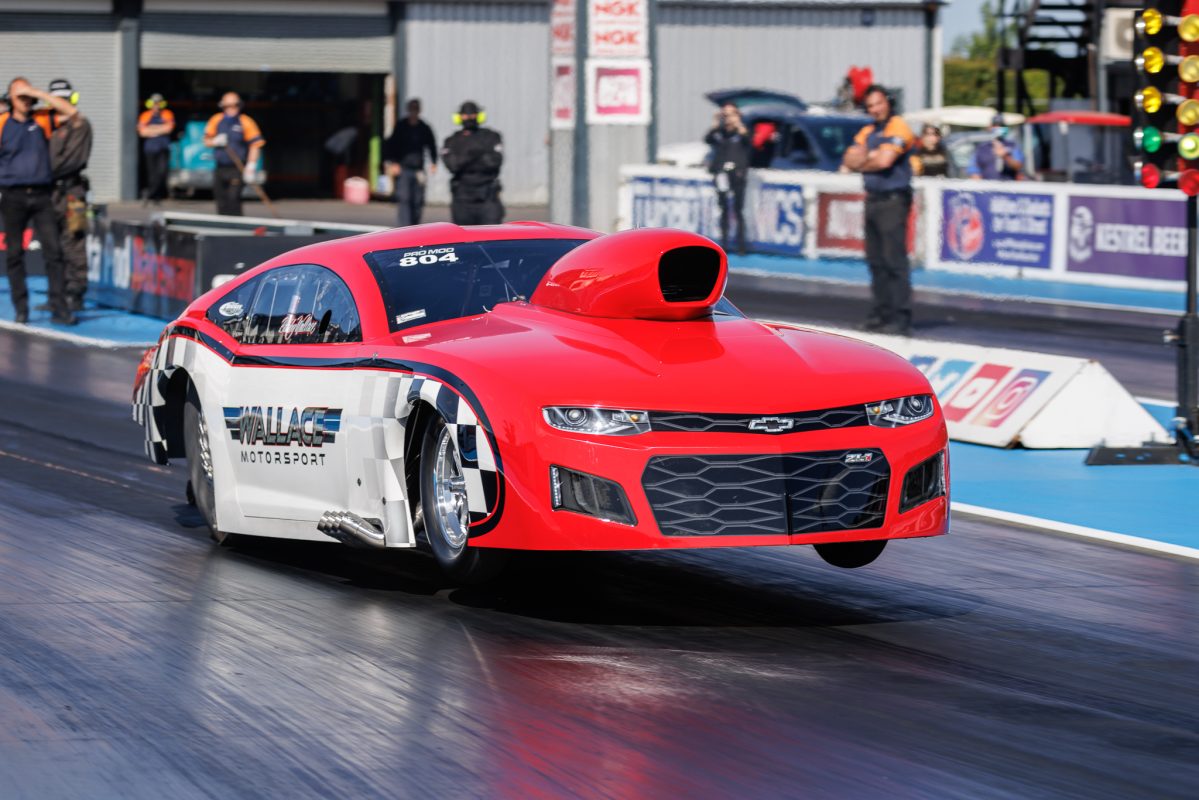