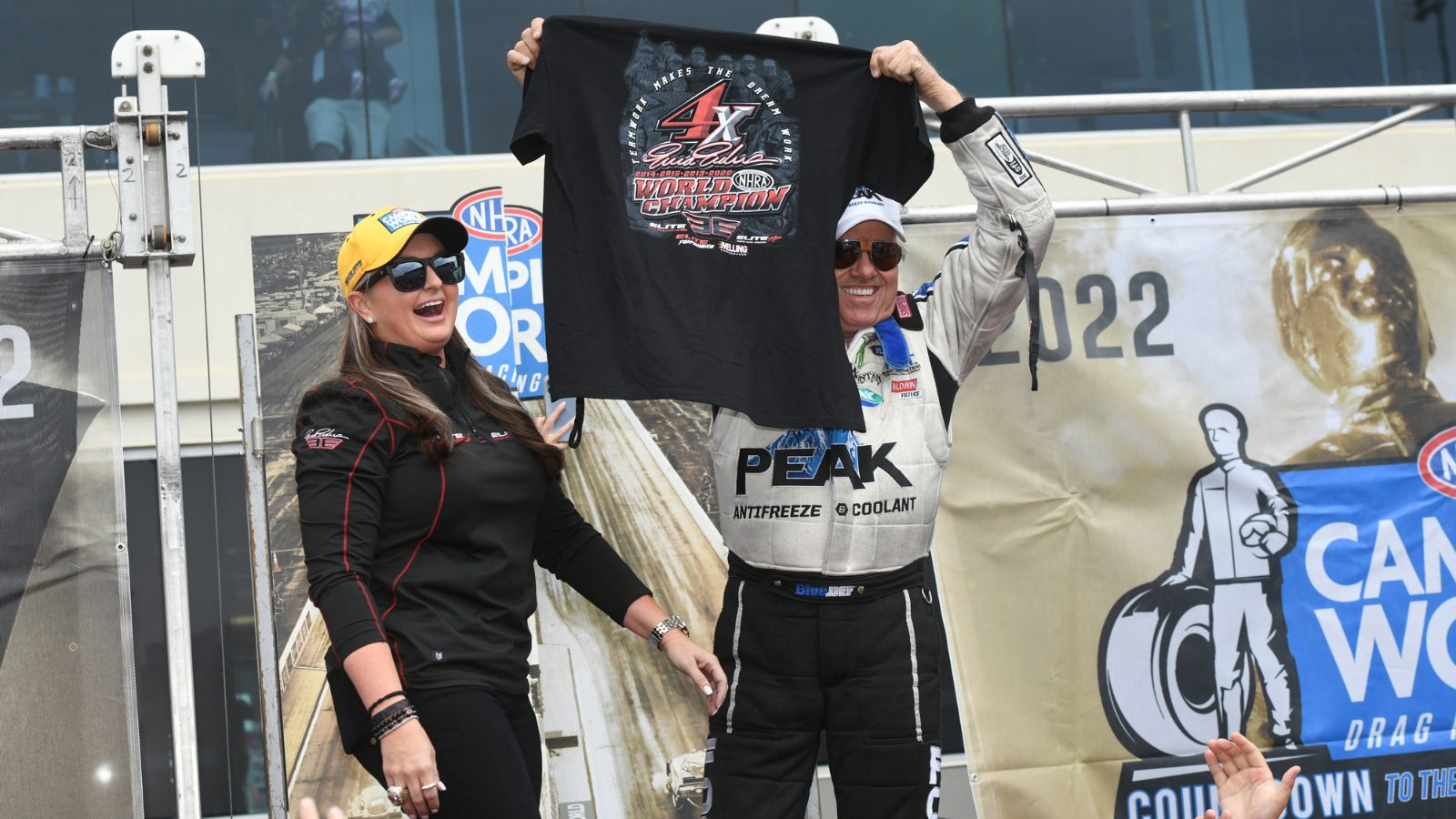 Erica Enders is on the cusp of her fifth Pro Stock championship in the NHRA Camping World Drag Racing Series. It’s no secret that she’s been dominating this season, even fulfilling her 2022 goal of winning at tracks she’s never won at before.

Enders is focused on what’s in front of her windshield, so much so that sometimes she forgets to look in the rearview mirror and think about the legacy she’s leaving behind. “I don’t really think about that stuff. I feel that I’m so blessed to get to do what I love for a living,” Enders explained, crediting some of her success to the naysayers. “It’s because all of the people that talked bad about me and told me I couldn’t do it, it’s all the times we fell down the mountain and had to get back up – it’s those valleys that make these peaks mean so much to me.”

Enders doesn’t think about her legacy in drag racing because she doesn’t want to. It’s because she’s concentrating on her career in Pro Stock racing. “In the quiet nights that I can’t sleep, I’ll think about my legacy,” she admitted. Enders also said certain moments will trigger her to think about the past. “It’s not until I read what Bob Glidden said about me that I think back on my career. My sister reminds me a lot that one day we’re going to look back on this and say it was making of a legend.” 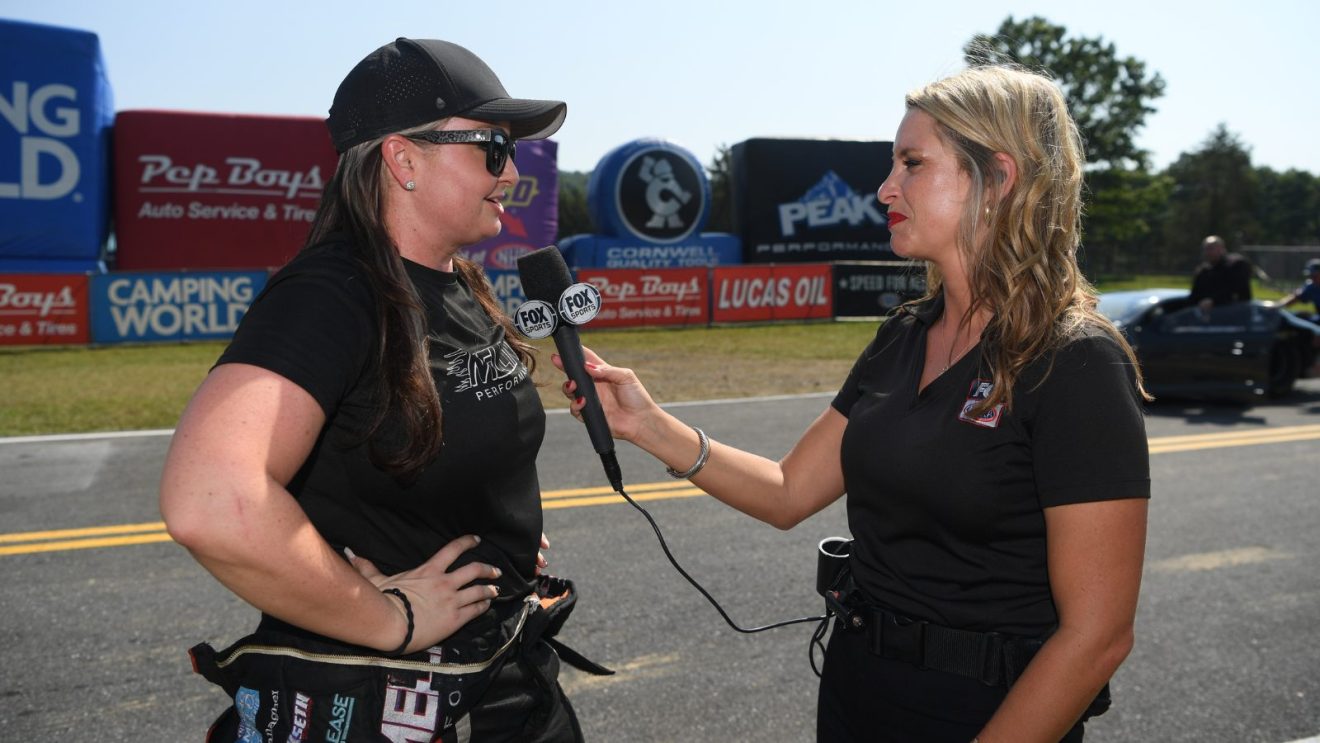 “I don’t look at myself that way – I can’t,” Enders continued. “I do know that I’m really thankful for the position that I’m in. I want to capitalize on the moment I’m in because you never know when it’s going to be your last win, the last time you let the clutch out or your last race.”

Enders isn’t planning on stepping away from racing anytime soon. In addition to piloting her Melling Performance/Elite Motorsports Camaro, the Texas native is mentoring some of the younger drivers on her team.

“It’s my job to be a better teacher than the teachers I had. That’s the mindset I have when I coach these people that come on board to race with us,” Enders confessed. “It’s my job to make them confident, believe in themselves, and not rip them apart.”

Enders is coaching Elite Motorsports teammates Drew Skillman, Aaron Stanfield, Troy Coughlin Jr., and Cristian and Fernando Cuadra Jr. “They’re talented drivers and hungry. It’s been really fun for me to play a small role in it and help them the best that I can. I love it.”

Enders’ career has spanned 18 years and counting. She has had much success along the way but admits that she’s made her fair share of mistakes, too. Both her wins and failures are something she’s happy to share with those new to Pro Stock. “It’s my job to shorten the path to success. It’s my job to make it better for them. It’s an important role and a surreal position to be in sometimes,” she said.

Enders knows all too well about having the right mentor. She worked with 10-time Pro Stock Champion and legend Bob Glidden. “When I caught wind that Bob was going to come work with me, I was intimidated,” Enders confessed. Glidden joined Enders team as the crew chief when she drove the PiranaZ Racing Ford Mustang for Jim Cunningham. “Bob is from a different generation where it wasn’t necessarily ok for women to do the same thing as men did.”

Much to Enders’ surprise, Glidden didn’t let gender stand in the way of working with the young driver. “It couldn’t have been more opposite than what I thought it would be like,” she confessed. “He took me under his wing and showed me things that only Bob could show me. He was a great teacher. He was a tremendous man and a huge asset to our sport.”

Another lethal aspect of Enders’ game is her mindset. “I think that believing is more than half the battle, and I was fortunate to have a great positive mental attitude due to my dad,” she said.” Enders’ father, Greg, always preached positivity to her as she worked her way up through the ranks in the NHRA. She also credited her sister, Courtney, and her “hype-girl” energy. “It’s extremely important to surround yourself with the right people,” Enders explained. 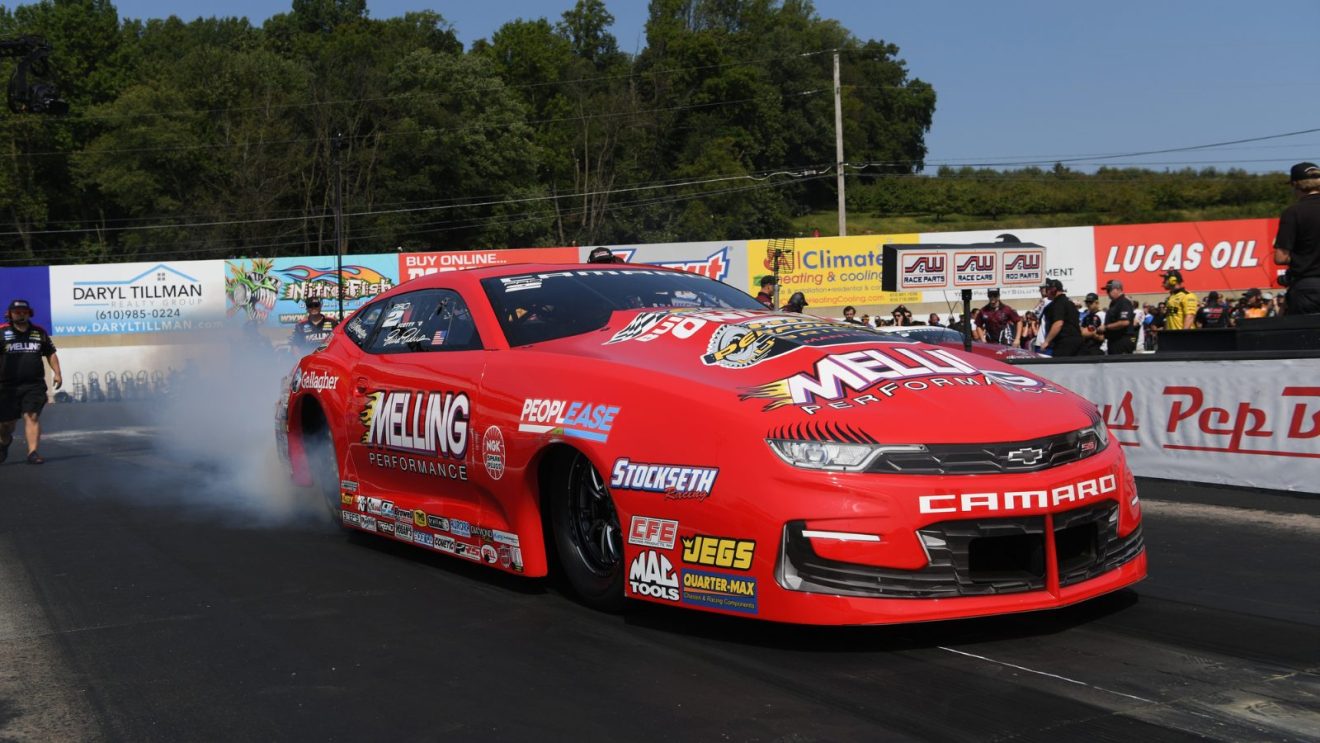 She even shed some light on her way of thinking. “I think having a positive mental attitude and expecting things to happen is key,” Enders confessed. “You have to choose to talk wisely to yourself, and you have to choose what comes out of your mouth wisely. What you’re telling yourself and what you’re believing is a huge part of it and visualizing what you want.”

Enders spends a lot of time in her car visualizing her runs in real-time, and if a negative thought comes into her mind, she immediately dismisses it. This all ties back to the drivers that she mentors.

She types up three to four pages that she hands out to the young Elite drivers to read through. Enders calls it the “Narrow Program.” It’s a step-by-step process to make a successful run in Pro Stock and another way of preparing mentally. “If they can read it and get their body to perform the task when your mind is telling you not to, or you feel uncomfortable or weary, but you just have to power through it,” she said.

Enders often reminds herself and her teammates before every run six words. These six words have great power as we watch the Pro Stock driver continue to have great success year after year.