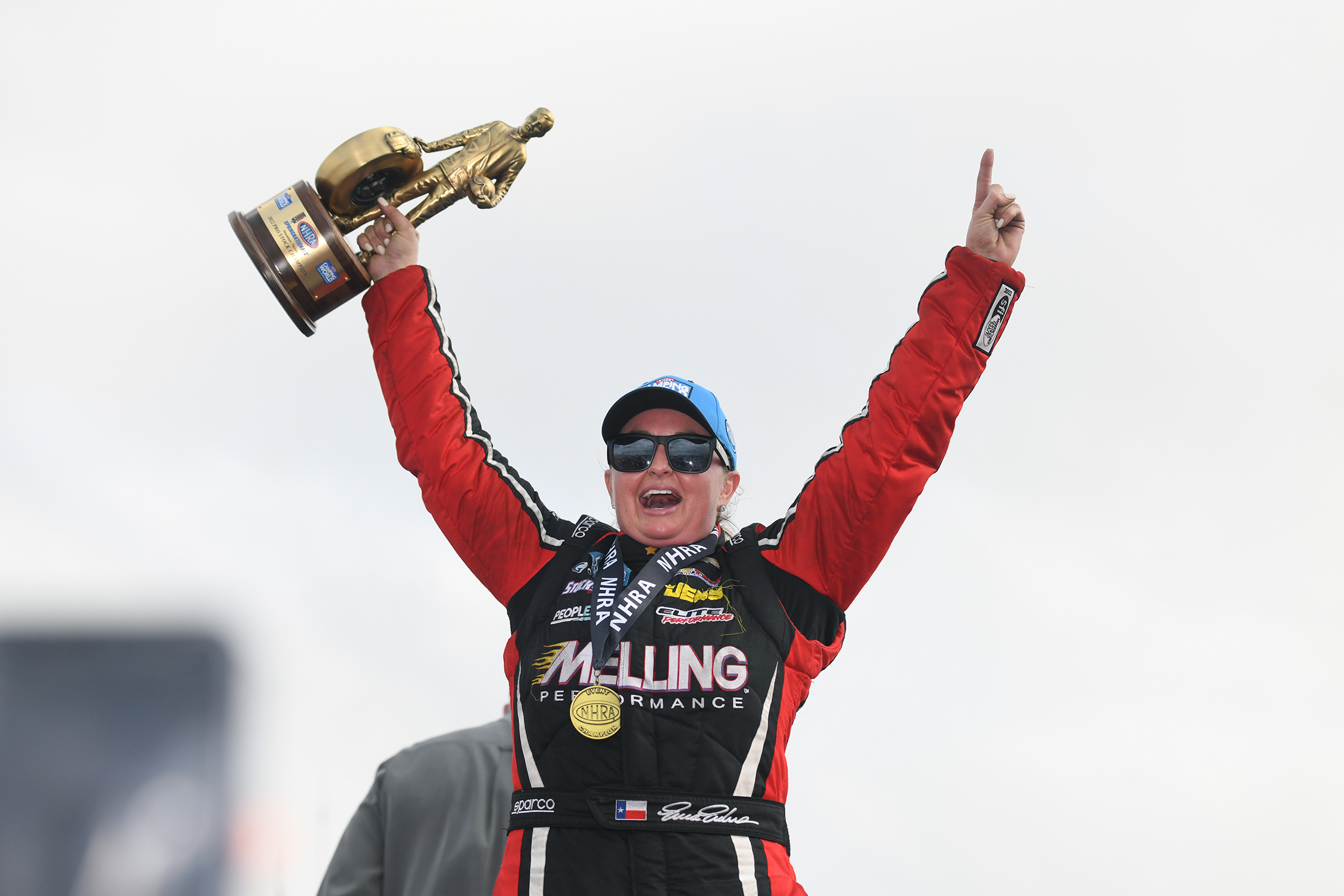 It was an emotion-filled and history-making day at Houston Raceway Park as four-time NHRA Pro Stock World Champion Erica Enders said goodbye to her home track with a monumental win at the 35th annual NHRA SpringNationals. The Houston native emerged victorious against Pro Stock rookie and No. 1 qualifier Camrie Caruso in the first all-female Pro Stock final round in NHRA history.

Enders advanced to her second consecutive win and third win of the season in her Melling Performance/Elite Motorsports Chevrolet Camaro in front of a sold-out crowd at the legendary facility where she began her drag racing career at just eight years old.

It was the final NHRA national event at Houston Raceway Park, and the weekend was full of memories as the Pro Stock veteran reflected on how much the iconic racetrack has meant to her throughout the years.

“We’ve had so many wonderful memories at this racetrack,” said Enders, upon clinching her 36th career win in the Pro Stock category. “Starting before I even got behind the wheel of anything, just watching our dad drive and growing up with a lot of the people who actually won today in the sportsman ranks. It was just an unbelievable day. I mean my first passes in a Jr. Dragster were at this racetrack. I won my first national event Wally in Super Gas here. It’s huge. It’s an emotional day because it’s the last time we’ll ever have the chance to win here but I’m glad we went out with a bang.”

A strong qualifying pass of 6.553-seconds at 210.87 mph put Enders in the No. 2 qualifying position for eliminations, where she defeated her teammate Cristian Cuadra in the first round. She then knocked out Matt Hartford and Kyle Koretsky before meeting Caruso in the finals. Caruso appeared to have trouble during her burnout but neither driver was deterred as they raced to the finish line. Enders’ pass of 6.568 at 210.24 proved to be enough as she turned on the win light at Houston Raceway Park one last time, securing her third Pro Stock win at her home track.

“The roar of the crowd here at Houston Raceway Park when we turn on win lights is like none other and then standing in the winners circle looking at a 360-degree view of the people – that’s the biggest winners circle I’ve ever been a part of. It’s so cool to have had such an epic finale here at a place that’s so near and dear to my heart.” 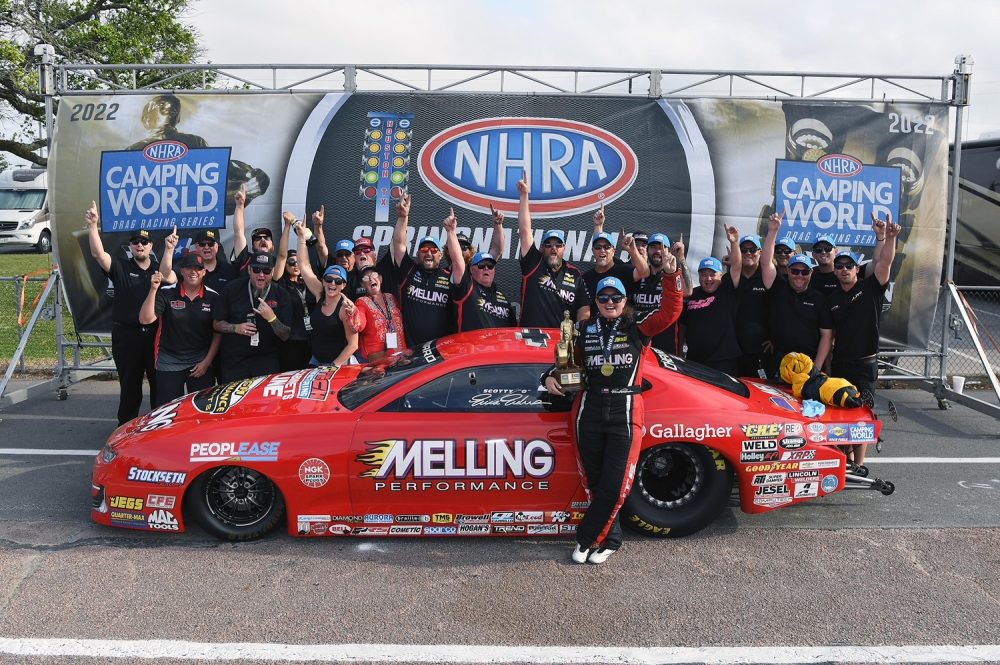 The week leading up to the event was full of Texas-sized fanfare for the hometown favorite. Earlier in the week, Enders had the honor of throwing out the ceremonial first pitch at Minute Maid Park for the Houston Astros game against the Los Angeles Angels.

Enders and the rest of the Pro Stock category will rejoin the NHRA Camping World Drag Racing Series in Epping, New Hampshire June 3-5.