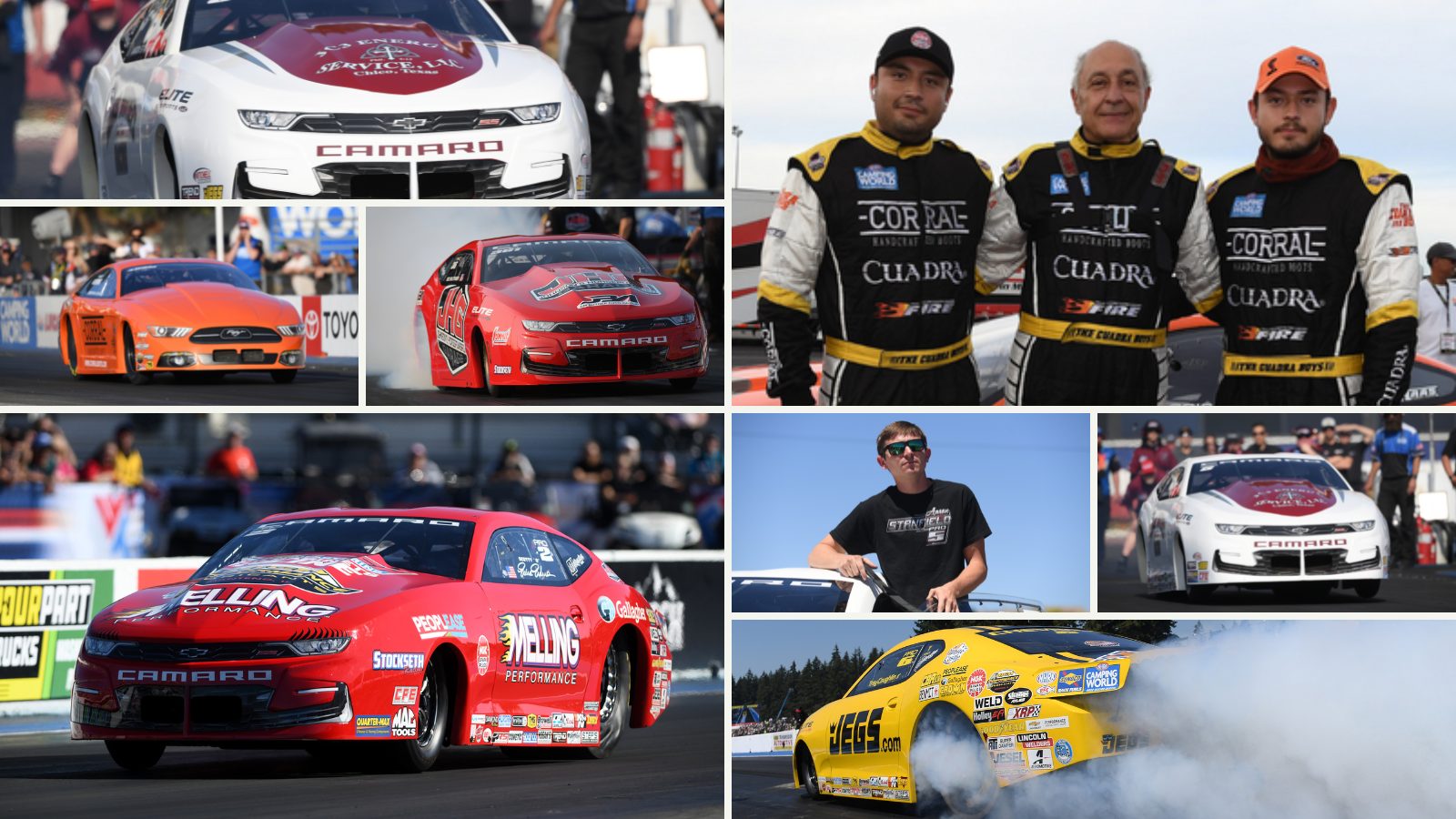 With the 2022 NHRA Camping World Drag Racing Series world championship already secured, the Elite Motorsports Pro Stock team plans to finish out the 2022 season strong. Standout driver Erica Enders clinched the world championship in the semifinals of the NHRA Nevada Nationals at The Strip at Las Vegas Motor Speedway and went on to win the event in an all-Elite final round against her teammate Troy Coughlin Jr. Taking only a moment to celebrate this hard-won victory, the team turned its focus to the final event of the season, the Auto Club NHRA Finals.

“Even though we clinched the championship last week in Las Vegas, we have no plans of letting up,” said the five-time world champion. “Our goal is always to go out and park our Melling Performance Camaro in the winners circle. We would love to close out the 2022 season with Elite Motorsports sitting in the No. 1, 2, and 3 positions and it’s our intention to make that happen. We also want to see the Cuadra Boys and Bo make it into the top ten in points. Everyone knows what we are capable of. We just have to go to work and get it done.”

The Elite Motorsports team, the largest professional team in NHRA drag racing, aims to lock in the top three positions in Pro Stock points this weekend. With Enders firmly secured in the No. 1 position, her teammates Aaron Stanfield and Coughlin are positioned in the No. 2 and No. 3 spots, respectively. They’ve got their work cut out for them as the points standings in the Countdown to the Championship, the NHRA’s version of the playoffs, are incredibly close. Points awarded at the final event of the season are worth 1.5 times their normal value, making every aspect of performance critical to each driver’s overall success.

“Last race of the year! It has been a great year for our team, but we would like to finish strong,” said Stanfield, who is currently second in the points standings. “I think this Janac Brothers/JC3 Energy Camaro is up to the task.”

Coughlin is only 20 points behind Stanfield and he’s feeling positive about what his JEGS.com / Elite Motorsports Camaro can bring in Pomona.

“Nothing beats racing in Pomona,” he said. “There’s so much history and so many great memories at this track. My guys have worked their hearts out and we want to end this season with a win. If we go up there and focus on the process and make eight great runs, we should do just that.”

Pro Stock up-and-comer Cristian Cuadra made a big leap in the points standings thanks to a semifinal finish in Las Vegas.

“To be in the top ten means a lot to me,” said C. Cuadra. “All of the progress we’ve made this year and now to be fighting for the No. 8 spot in the championship – it’s amazing for us. If I make it, I think I’ll be the first driver from Mexico to land in the top ten of the NHRA points standings. I’ve been practicing on my simulator that I have at our shop just to stay focused on my reactions since all the cars are running really close. Drivers have to stay focused and do the best we can.”

Sitting just five points outside of the top ten is the 2017 Pro Stock world champion, Bo Butner. Butner’s Johnson’s Horsepowered Garage Camaro has been making steady improvements throughout the year and will be laser-focused on moving up on the list this weekend.

In addition to C. Cuadra, his brother Fernando Cuadra Jr. and their father Fernando Cuadra Sr. will be looking to finish out their Pro Stock season with standout performances in their Corral Boots/Cuadra fleet. David Cuadra plans to do the same in Top Sportsman.