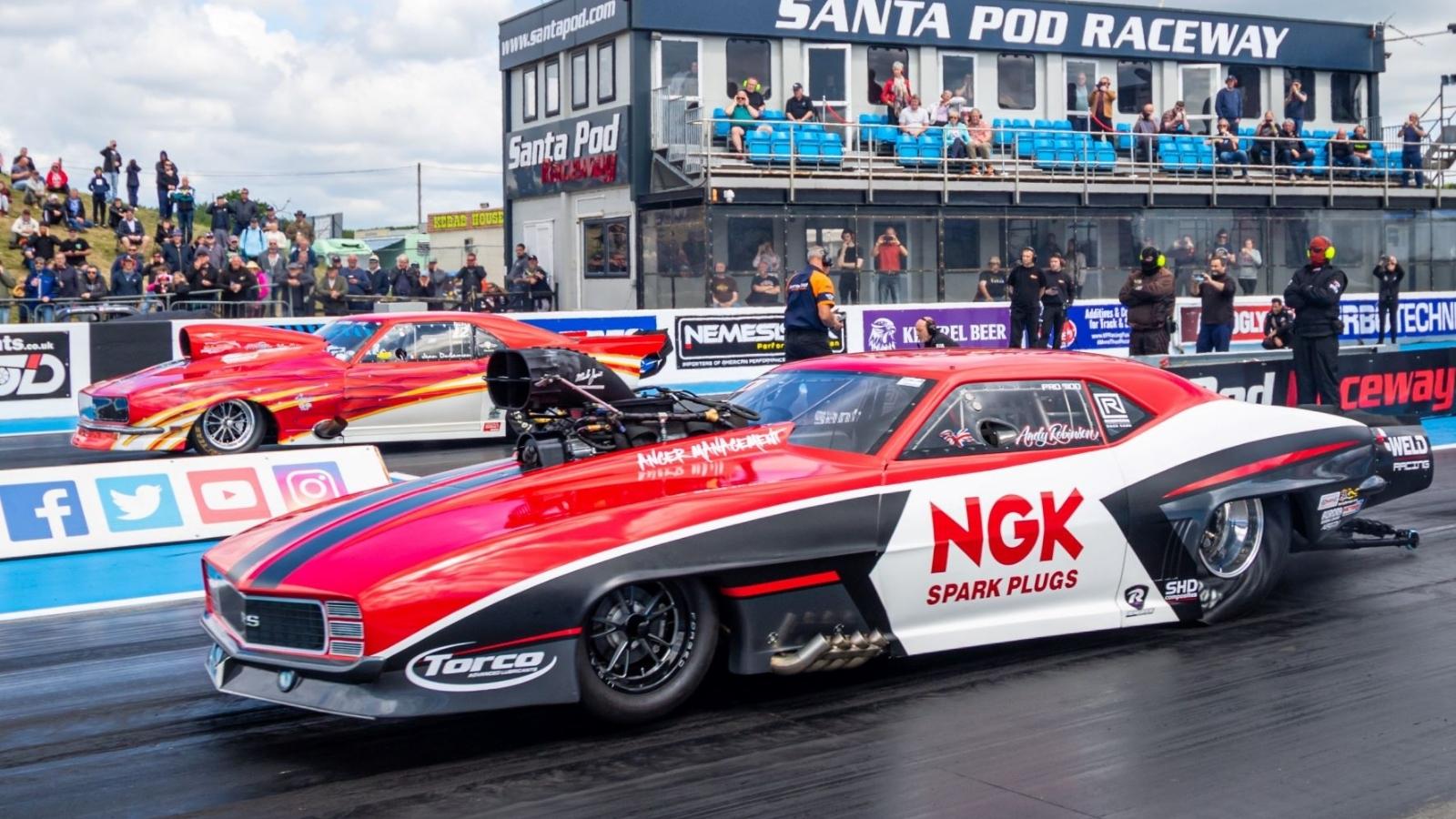 European drag racing shrugs off its two-year Covid torpor with two FIA European Championship races this month – at Tierp, Sweden this weekend and at Hockenheim, Germany, two weeks later. Then the international championship chase thunders to a climax at Santa Pod Raceway’s European Finals from 8th to 11th September.
European Finals entry lists are being assembled pending the Swedish and German races. The headline Top Fuel Dragster entries will be unveiled soon, but in total, no fewer than 14 nitro-burning cars – blown and unblown – are expected to rend the atmosphere over the weekend, not to mention a clutch of nitro bikes. Meanwhile, attention focuses on other FIA classes. 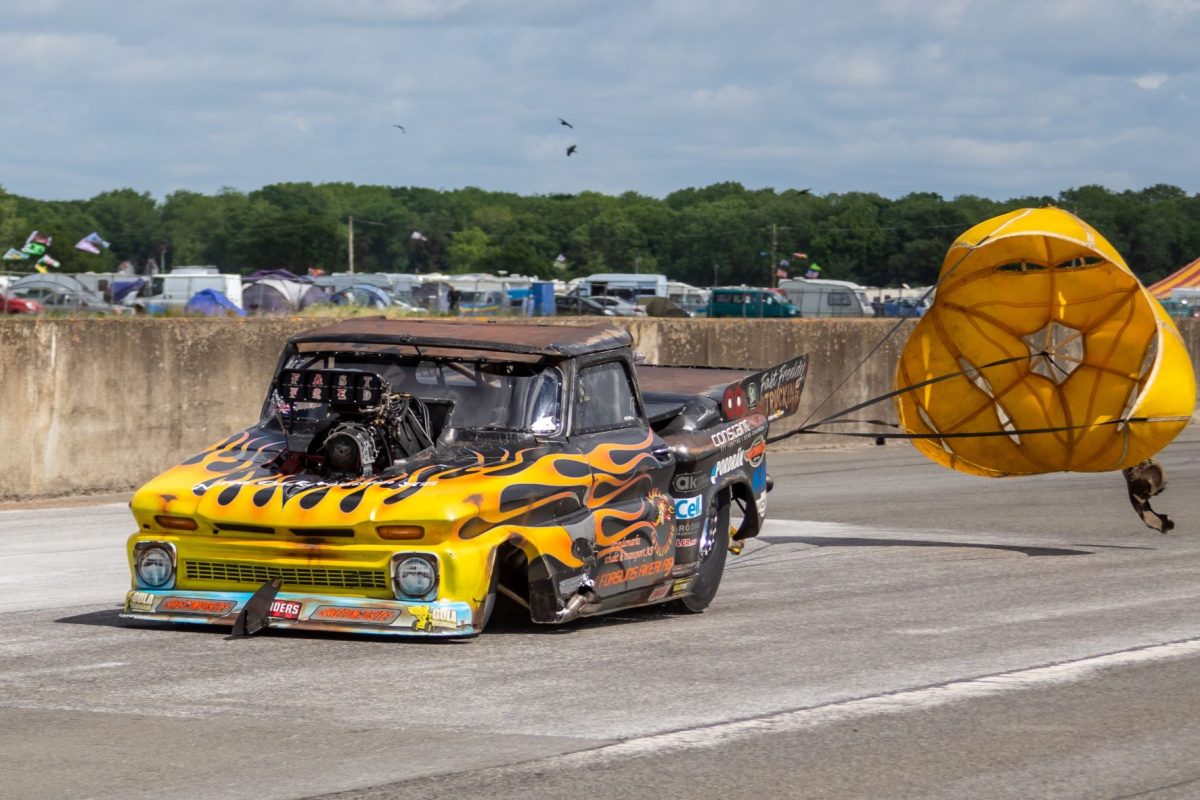 Pro Modifieds are drag racing’s quickest, fastest ‘doorslammers’. After two years out of the saddle, defending 2019 European champion Jan Ericsson made the trip from Sweden to Santa Pod for May’s opening FIA round and promptly smashed the European elapsed-time record, clocking 5.724 seconds at 250.45mph en route to a dominating victory. Ericsson is one of 20 Finals contenders expected to battle for a place in Sunday’s 16-car Pro Mod elimination field – four will be sent packing when qualifying reaches its bruising conclusion on Saturday afternoon.
The Finals combines FIA Pro Modified with the penultimate round of the Motorsport UK British Drag Racing Championship, pitching Ericsson potentially head-to-head with Britain’s multiple Pro Mod champion Andy Robinson. In the May double-header, Robinson was still ‘running-in’ his brand-new Camaro. Since then, the Hampshire racer has won two British races to lead the Motorsport UK title chase. Ericsson and Robinson have separate championship crowns in their sights, but in the all-in melee of Finals eliminations, the ambitions of either might readily be derailed.
Another entrant happy to derail other’s ambitions is Fredrik Fagerström. ‘Fast Freddy’ and his artfully distressed-look Chevrolet C-10 pickup truck are a unique act on the worldwide Pro Mod stage and the single most popular outfit in European drag racing. Renowned for smoking, half-track burnouts, the flamboyant Swedish veteran mixes showmanship with implausible, 5.9sec/240mph performances cranked out of a vehicle with the aerodynamic attributes of a brick. ‘Fast Freddy’ and his hurtling truck expect to find themselves cheered on for Pro Mod glory against entrants from Switzerland, the Netherlands and Norway, together with a fleet of British favourites. 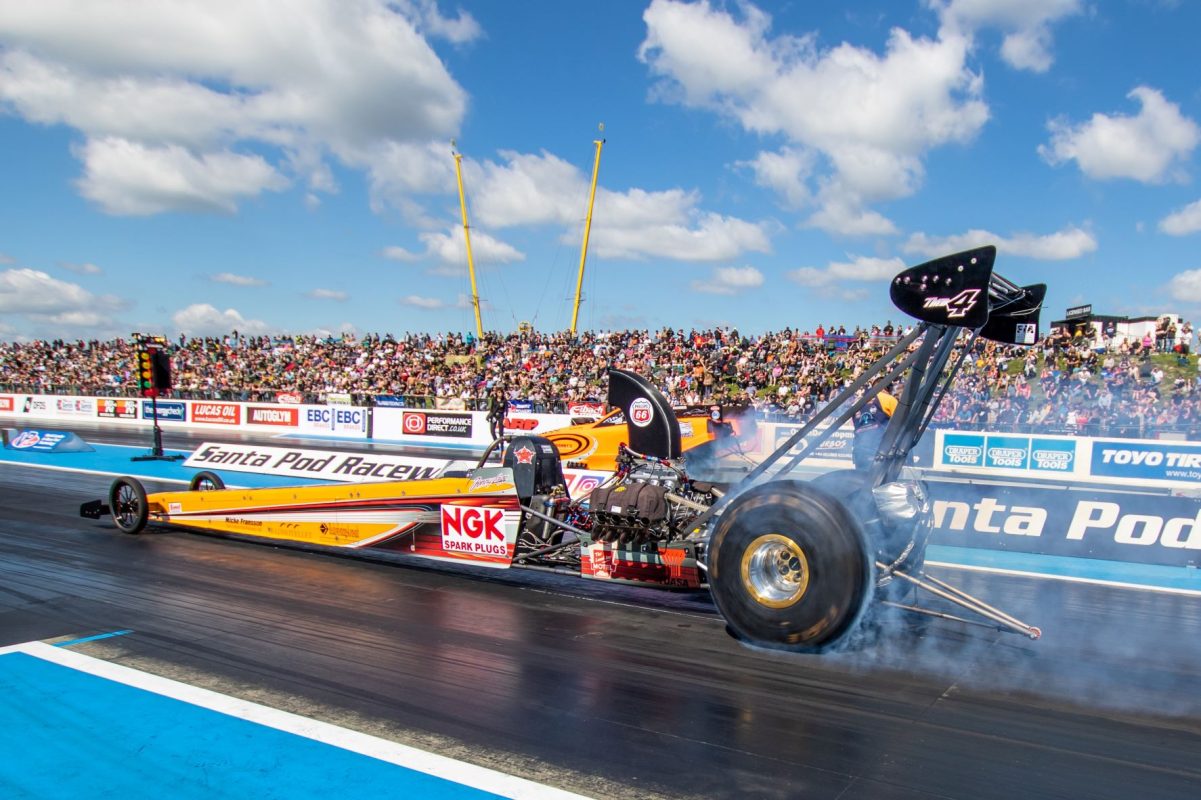 If Top Fuel Dragsters and Funny Cars did not exist, their Top Methanol cousins would be the world’s fastest, loudest racing cars. A field of eight Top Methanol cars is expected to compete at the Finals, with international entries from Belgium, Germany, Norway and Sweden. A former Top Fuel veteran, Tony Bryntesson, returns to the driving seat, stepping down to pilot an A/Fuel (unblown nitro) Dragster while fellow Swede Daniel Jedborn steps up from Competition Eliminator to drive a similar machine. Variety in the mixed Top Methanol class will be provided by the blown methanol Funny Cars of Danny Bellio (Belgium) and Norwegian newcomer Linn Engan Fløysvik.
More FIA/FIM European Finals news will be announced shortly. The event takes place from Thursday 8th to Sunday 11thSeptember at Santa Pod Raceway, near Wellingborough NN29 7XA. Full event information can be found at https://santapod.co.uk/european-finals.php and a variety of ticket options, starting at £35 per day, is available at https://santapodtickets.com/p/europeanfinals. Children aged 5-15 are £5 per day.