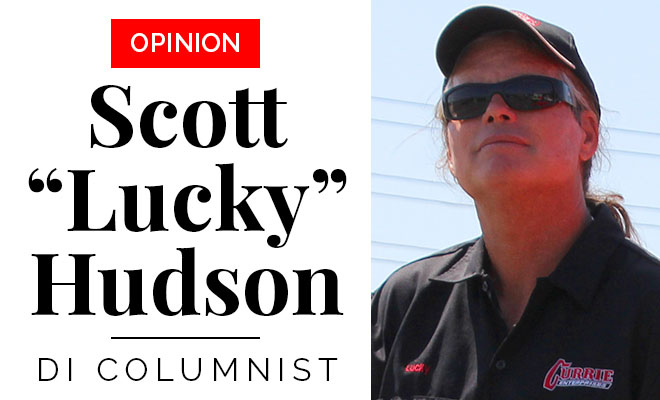 Having the honor and privilege to be able to race and promote Currie Rearends/Hedman/Aeromotive has resulted in many friends for me nationwide. I consider many of my drag racing friends to be very close and I’m always happy to meet new racers across the country.

Sure, we have a common interest in drag racing that always gives us something to talk about, but I have to reflect on how big a factor the Internet has become in creating this world. Of course, the Internet is a great way to learn and gather information. Every company that wants to be successful has a Web site, and everybody goes to the net for news, movie times, part numbers, directions, or e-mails. Most racers are part of some social networking site like Facebook, The FOAT, Twitter or LinkedIn, among others. I am a host on Speed Scene Live TV and the online TV show has entertained and informed millions of viewers. The Internet has not only become a handy tool, but a part of our lives on a daily basis. It has created relationships and bonded groups of people worldwide. Much like air travel, it has a way of making the world a smaller place.

I’ve had the honor and pleasant surprise of showing up at a track I’d never raced at before, but while in line for tech or the staging lanes I’ve met someone I’d talked to but never met in person. What a great feeling it is to connect with a friend you’ve never actually met before. The online forums can create a community and strong bonds with racers. Regardless of religion, culture, race, financial level, or anything else, the more we get to know each other, the more we realize how similar we are to each other. Instead of creating walls, in many cases the Internet has created bridges to bring us all together.

One day while towing my rig through Oklahoma on my way to a Super Chevy Show in Ohio I lost a bearing on my car trailer axle. I completely ruined the axle spindle and was unable to repair it. So I limped into a trailer repair shop looking for a replacement axle. It was a good news/bad news situation. The good news was the company that made the axles was located just 40 minutes down the road. Unfortunately, the company did not have my axle in stock and did not plan to make one for a week or two. When I explained my situation, they were unhelpful and just told me I’d have to wait.

So I went online and posted I was stuck on the road and needed help. One of the Yellowbullet.com members came to my rescue with the phone number of the vice president of Dexter Axle. He told me to call her, mention his name, and see what happened. So I followed his instructions, spoke to a very professional young lady, and she asked for my phone number. Ten minutes later, she called back and told me my axle would be ready the next day. Now that’s the power of the Internet.

Another time while racing at the Yellow Bullet Nationals at Cecil County Dragway in Maryland, my trailer broke some of the welds on the gooseneck hitch. I was stuck on the East Coast, thousands of miles from home, so I turned to the Internet again. A racer in the area soon arrived with a welder, some scrap metal, and all the tools and supplies he needed to get me back on the road. After hours of work, I was ready to go and asked what I owed him. A strange look came over his face and I will never forget what he said: “I didn’t plan on charging you. I just wanted to help a fellow racer out that was in a jam.”

Imagine that, a stranger helping out someone he didn’t know just because we were both part of the same racing community. This is the community of racers that the Internet has created. It is more than just having a common interest; it is more than people just showing up to race; it is a true community and family of people that care and are willing to help each other out.

I will be out on the road again this year, and you will see me at many events racing the Currie Rearends Nova. Come by our booth in the midway area and see all the Currie products as well as some great stuff from Hedman Husler Hedders and Aeromotive Fuel Systems. See the products on my own car and hear how they perform. Pick up some catalogs and free stickers. Introduce yourself, and let me know who you are, because you are part of my extended drag racing family. There may be a day that you come to my rescue or I help you out, but more importantly, realize that we are all part of the same community.