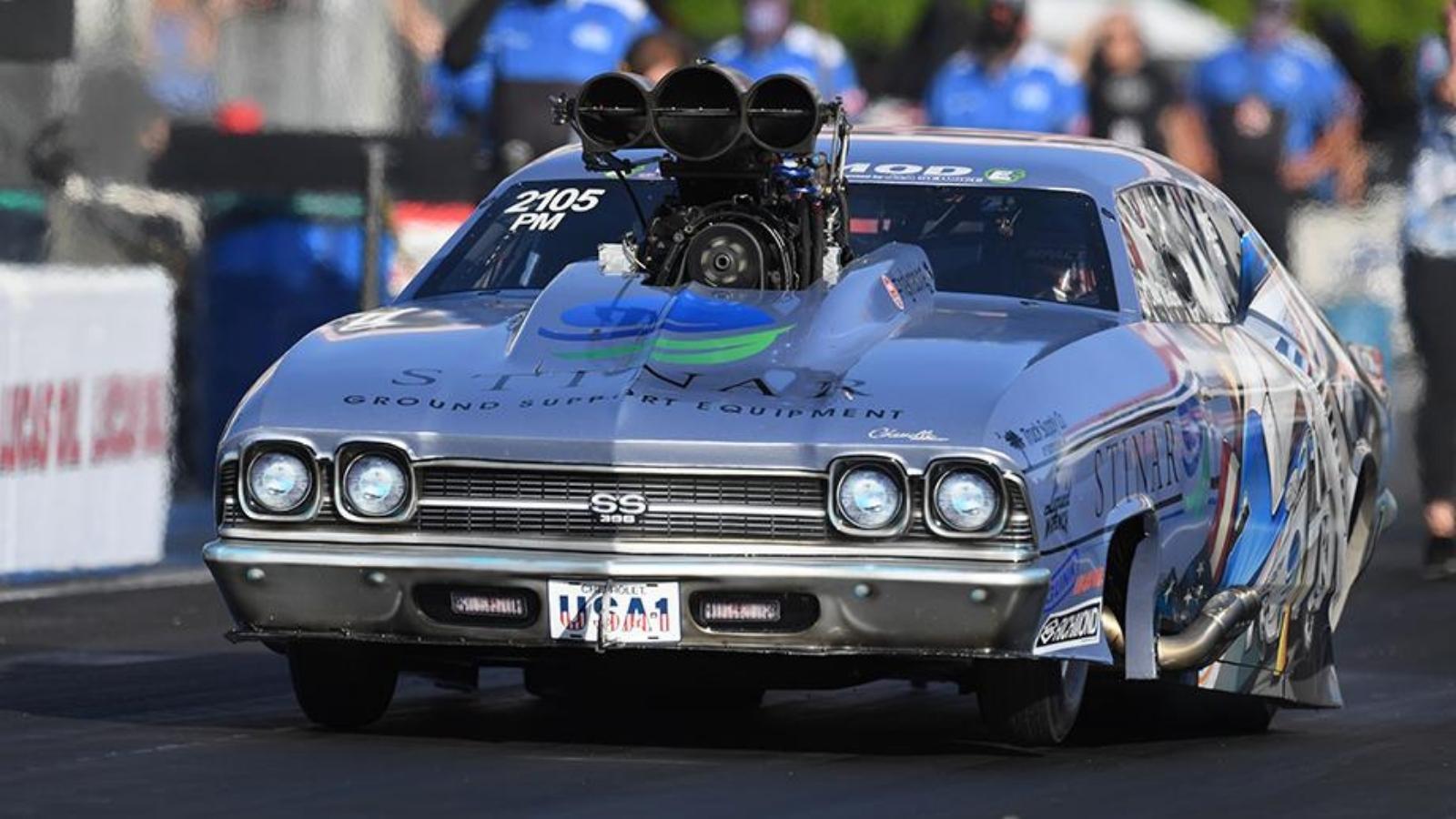 It has not been the 2022 season Doug Winters had anticipated in the FuelTech NHRA Pro Mod Drag Racing Series presented by D-Wagon. But the veteran has the chance to get things turned around in a major way at Brainerd International Raceway as part of this weekend’s 40th annual Lucas Oil NHRA Nationals.

Winters can put together a big weekend at a race powered by his sponsor, Stinar, while also competing in the D-Wagon NHRA Pro Mod Shootout, a first-time specialty race for the class. That takes place Friday and Saturday during the race, giving Winters two huge opportunities to completely erase the early-season struggles in his blown Stinar ’69 Chevelle.

“We’ve struggled a lot this year and you can see that in the points,” said Winters, who is currently 13th in Pro Mod points. “But we’ve made some changes in the car and hopefully we can turn it around this weekend. It would certainly be a great time to turn it around and definitely the optimal time to do it. We’ve made some progress, though our weekend in Topeka was not a representation of that. But with cool temperatures in Brainerd, I think we’re set to put up a good challenge.”

The race, which is the sixth of 10 events during the 2022 season in the FuelTech NHRA Pro Mod Drag Racing Series presented by D-Wagon, is powered by Stinar, which is located in Minnesota. For more than 75 years, Stinar has built equipment that helps people board, service and maintain airplanes, including Air Force One and military planes around the world.

The company also sponsors Winters and is excited to see the class in action at Brainerd for just the second time in NHRA Pro Mod history. Reigning world champ Jose Gonzalez picked up the victory a year ago at Brainerd International Raceway.

“We are very excited to sponsor the NHRA Pro Mod Series in our own backyard,” Stinar Owner/CEO/CVO Craig Kruckeberg said. “We always enjoy sponsoring this race and the Winters Team, and we’re happy to be a part of the excitement it brings to Brainerd.”

For Winters, it’s a golden chance to right the ship. He’s picked up just one round through the first five races, trying to keep pace in a loaded NHRA Pro Mod field. Kris Thorne currently leads the points on the strength of three wins, but other standouts include Rickie Smith, who was the runner-up in Topeka and is second in points, Topeka winner Justin Bond, Stevie “Fast” Jackson, Lyle Barnett, and J.R. Gray.

That means nothing comes easy in the class, but Winters, who takes on Rickie Smith in the opening round of the D-Wagon NHRA Pro Mod Shootout, and his team have been hard at working trying to find solutions. It didn’t happen in Topeka, but during a stretch that includes three races in four weeks and heading to ideal weather this weekend in Brainerd, Winters believes he can have an impact and put on a show in front of a welcoming Pro Mod crowd at BIR.

“The fans in Brainerd are just awesome,” Winters said. “With last year being the first time there for Pro Mod, they were coming around and thanking us for being there. It was really an awesome atmosphere for Pro Mod, and they were so appreciative of us being there. I think I probably signed more autographs there than everywhere else combined. So, I’m really looking forward to this weekend and seeing the reaction from the fans. With the shootout and the race, it’s going to be a wonderful experience.”

The D-Wagon NHRA Pro Mod Shootout will begin with the first round on Friday at 5:15 p.m. CT. The conclusion of the specialty race takes place on Saturday, with the second round at 1:00 p.m., the semifinals at 4:00 p.m. and the final round set for 5:30 p.m., directly after the final qualifying session in Top Fuel and Funny Car.