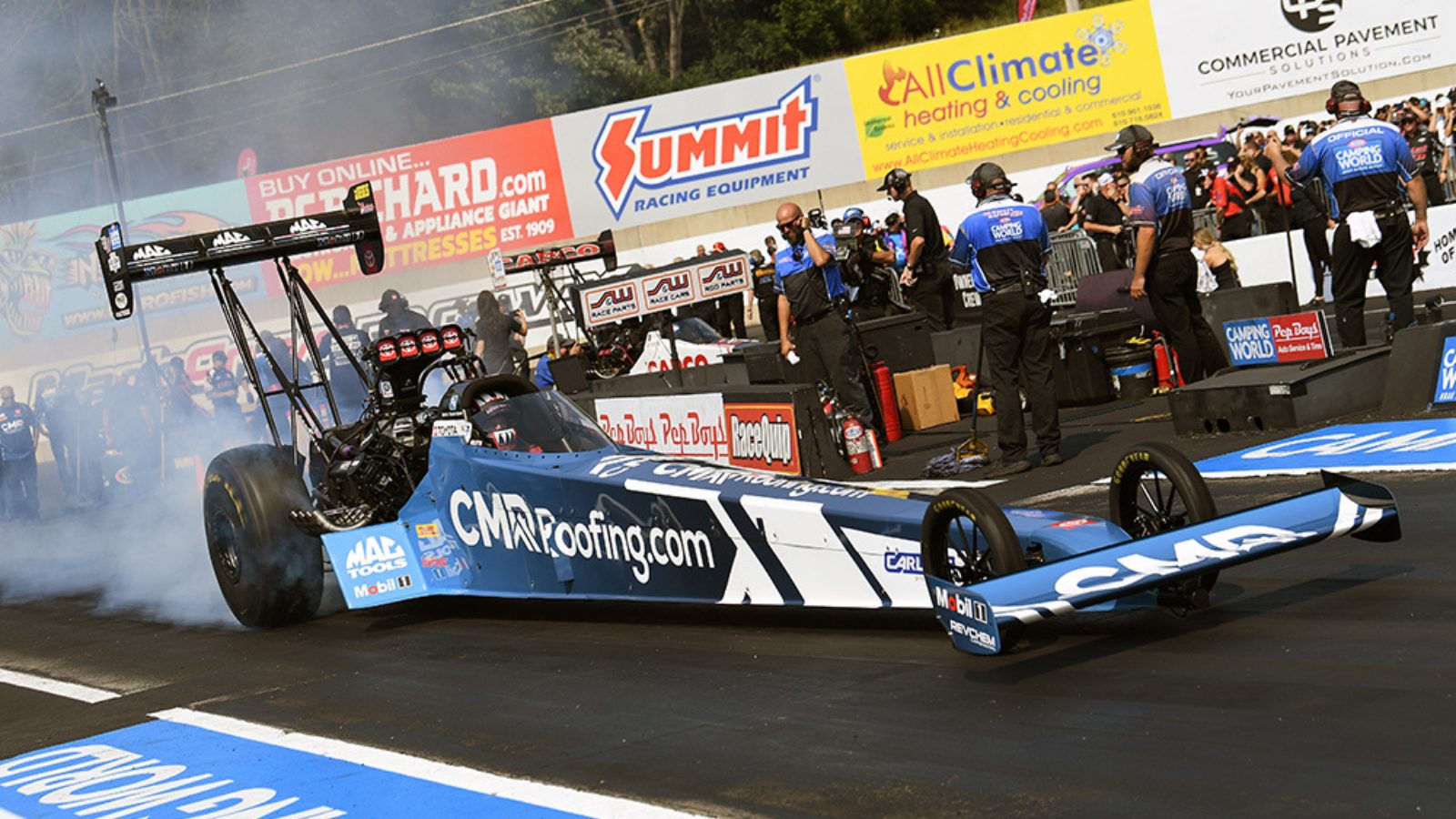 Doug Kalitta and the CMR Construction and Roofing Toyota Top Fuel dragster raced to the quarterfinals at Maple Grove Raceway from the No. 7 qualifier spot. After two days of solid runs in preparation for race day Kalitta was confident in his team’s potential heading into the first race of the Countdown. During the opening ceremonies all the Countdown competitors were recognized and celebrated by the near capacity crowd for the Pep Boys NHRA Nationals.

In the opening round facing a Countdown contending opponent Kalitta was at the top of his game grabbing a starting line advantage with a reaction time lead of .071 to .080 seconds and his CMR dragster never trailed in the drag race. He made his quickest run of the weekend a 3.720 second blast at 329.58 mph. The win moved Kalitta into the quarterfinals for the ninth time this season.

“That first round win was a big one for this CMR team,” said Kalitta, a 49-time Top Fuel national event winner. “You can’t afford first round losses in the playoffs with only six races on the line. I have a great team behind me and we want to build on the semifinal success we had at the U.S. Nationals. There is a chance to build momentum in the Countdown during these first three races.”

In the quarterfinals racing fellow Toyota-backed driver Justin Ashley it was a battle between two of the best drivers off the starting line in the category. Kalitta rolled his CMR dragster into the staging beams and just before the tree flashed green his dragster launched a mere -.007 seconds early, forfeiting the round. The loss was a tough end to the day for the championship contender but with five more races on the horizon including two national events in the next ten days the veteran is putting this setback in the rearview mirror.

“I am turning all my attention to the race next weekend in Charlotte,” said Kalitta. “This class has almost no room for error but there are five races left in the playoffs. We have five more chances to get wins and put ourselves in contention for the championship. We are going to focus on the positives and keep moving forward.”