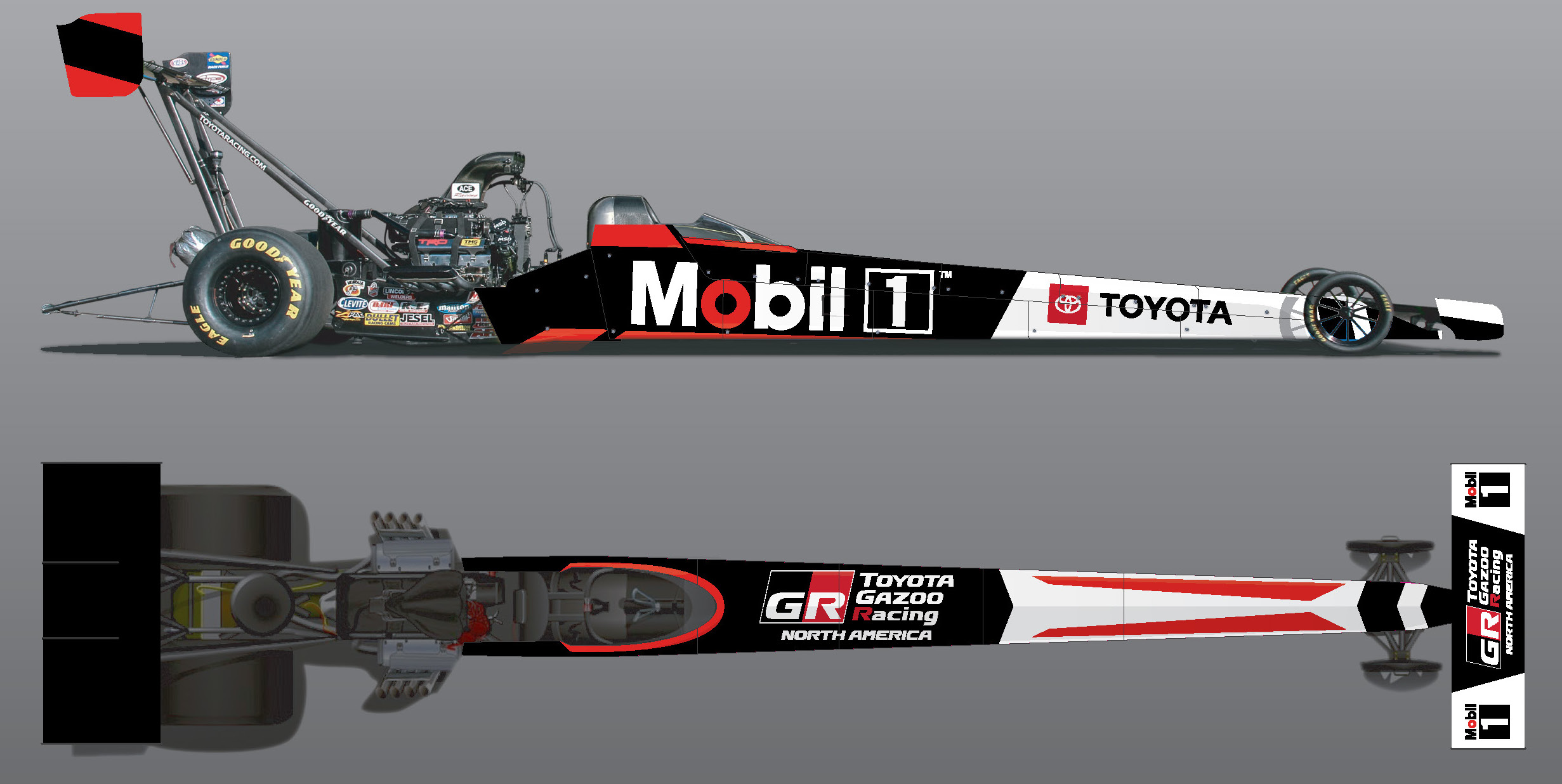 Doug Kalitta will be looking to secure the all-time Top Fuel career win mark for Houston Raceway Park this weekend at the annual NHRA SpringNationals. The perennial Top Fuel championship contender will be racing a Mobil1/Toyota branded 11,000-horsepower race car looking for his fourth Top Fuel SpringNationals win to break a four-way tie at the top of the Top Fuel leaderboard with Hall of Famer Kenny Bernstein, Larry Dixon and Tony Schumacher.

The new look for Kalitta this weekend will be a departure from his traditional red, white and black Mac Tools livery and the 49-time Top Fuel winner is looking forward to showing off for what is expected to be a record crowd at Houston Raceway Park as they host their final NHRA national event.

“We have had a lot of good luck in Houston and last year we raced our Mobil1 dragster to the final round,” said Kalitta. “Our partnership with Mobil1 and Toyota has been a big plus for our whole Kalitta Motorsports team. We are going to have a good number of people from both companies in our pits and we want to put on a good show for them.”

Kalitta’s three Top Fuel wins came in 2003, 2015 and 2016. Last year as the No. 9 qualifier Kalitta took out Brittany Force, Antron Brown and his teammate Shawn Langdon on the way to the final round. The success at the Houston track gave him some early season momentum which he is also looking to pick up this year. The addition of new crew chiefs Alan Johnson and Brian Husen have Kalitta moving in the right direction and a solid performance this weekend would be a great way to start a two races in two weekends schedule.

“Having Alan and Brian working on our race car has been amazing,” said Kalitta, who picked up the No. 1 qualifier at the Arizona Nationals earlier this season. “We have always had a solid team over here but having them in our corner now is a big advantage. We are working through a few things, but I have so much confidence in my whole team I can’t wait to get to the track this weekend.:

In addition to Kalitta’s round win success at the NHRA SpringNationals he has grabber three No. 1 qualifiers over his career. In 2002, 2003 and 2013 Kalitta had the quickest hot rod on the property. His performance numbers this season are making a move to position him to add a fourth career No. 1 at the track located fifteen minutes from downtown Houston.

“You look at the performance numbers all the classes have been able to run at Houston Raceway Park and you just get excited to get behind the wheel,” said Kalitta. “This is going to be a good weekend and I know they are going to have a great crowd. You hate to hear about a track leaving the schedule, but we understand the reasons and are just thankful for everything the Angel family has done for NHRA.”

Qualifying will start on Friday at 7 p.m. with two more qualifying session on Saturday before final eliminations start on Sunday at 11 a.m.