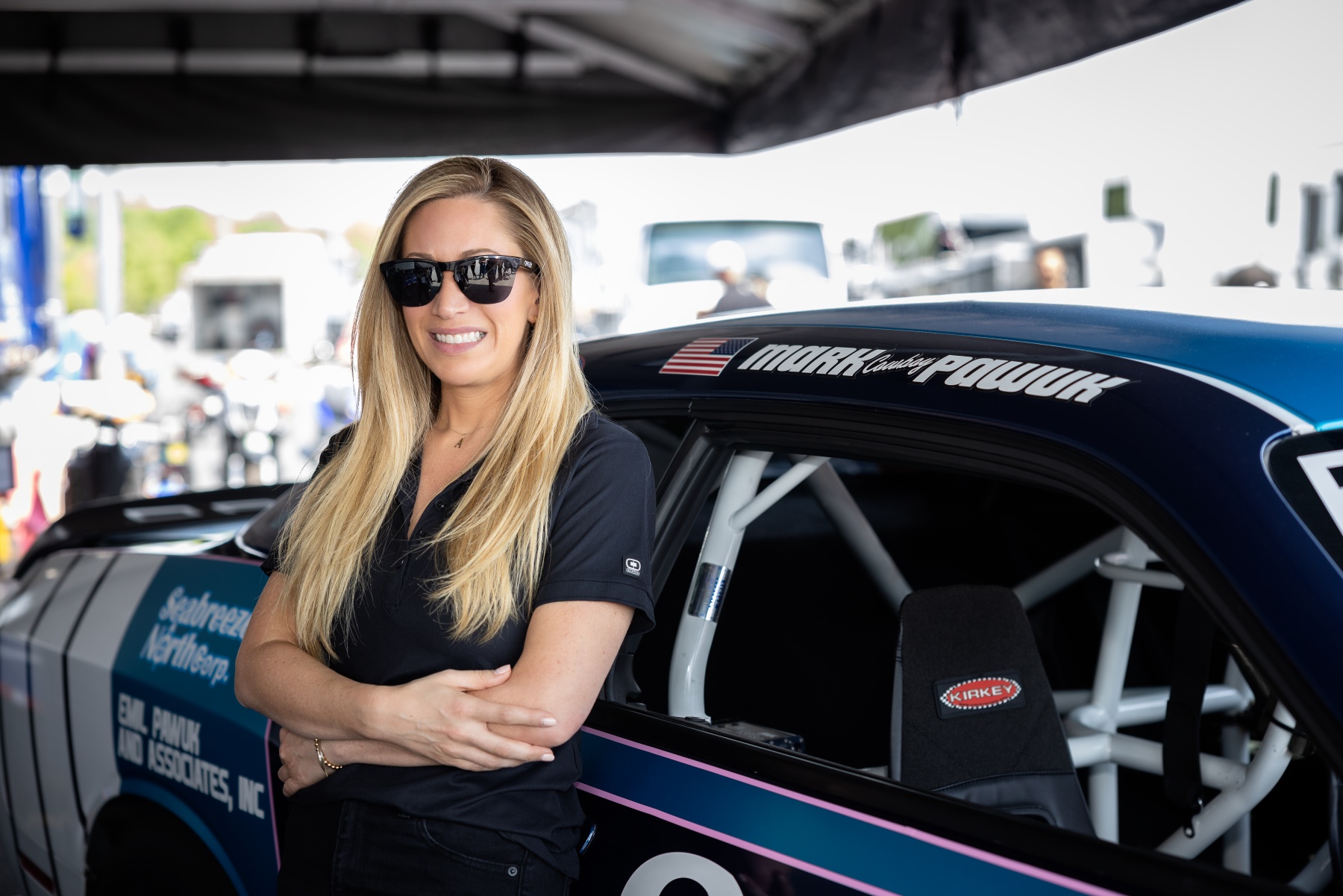 Allison McCormick knew the time was right. After working in the PR world in drag racing for the past 10 years – the last four with Don Schumacher Racing – McCormick had the chance to branch out on her own.

With star drivers like Antron Brown and Ron Capps becoming team owners in the offseason, they wanted to continue to work with McCormick, as did DSR.

Along with adding former client Alexis DeJoria back into the mix, it led to the creation of ABM Communications, a bold step for McCormick but one that simply made perfect sense.

“If I didn’t take advantage of it, it’s a situation I didn’t know if I would ever be in again, I felt like I had to take advantage,” McCormick says. “I gave it a lot of thought and I spoke to everyone involved, and they were all very supportive of this new venture. They were saying, ‘We want to work with you.’ It was super flattering and made me feel good about the decision. It really seemed like a no-brainer.”

It’s turned into a great decision for McCormick, who has long been one of the sport’s top PR representatives.

She didn’t have a motorsports background growing up, but Patrón Tequila came on board as a client at the PR agency in Florida where McCormick worked. With DeJoria starting her transition into the professional ranks, Patrón became McCormick’s client until she left the agency to work directly for Patrón and DeJoria when she started her full-time Funny Car career in 2012.

When DeJoria stepped away from the sport after 2017, McCormick was named PR manager at DSR, working with a stable that included seven drivers in NHRA’s nitro ranks.

With Tony Schumacher returning to full-time racing in 2022, along with a fleet of Factory Stock Showdown drivers, McCormick was thrilled to still be able to work with DSR and maintain that great relationship, while continuing to work with Brown and Capps, and joining back up with DeJoria a second time.

“That was so important to me. I really enjoyed my time there and Megan [Fessel-Schumacher] and I have a great working relationship,” McCormick says. “I feel very supported by Megan and Don, and Tony is so easy to work with. I definitely wanted to continue that, and I was happy when they wanted to move forward.”

A standout behind the scenes, McCormick has been integral in her drivers landing national coverage at a variety of major publications, podcasts, and television stations over the years.

There have been the usual challenges that come with running her own business, but McCormick, a creative, outside-the-box thinker, continues to thrive and remains as driven as ever to help her clients get an even bigger spotlight.

“We all want the same thing and that’s for the sport to continue to grow,” McCormick asserts. “More growth means more eyeballs and that trickles down to everything. I came from an agency and I didn’t grow up in motorsports, so I’m able to pitch things from an outsider’s perspective. I want to continue to reach new people and get drivers coverage in areas that don’t normally cover motorsports. When that happens, it’s such a great feeling and so motivating to keep going after more.”