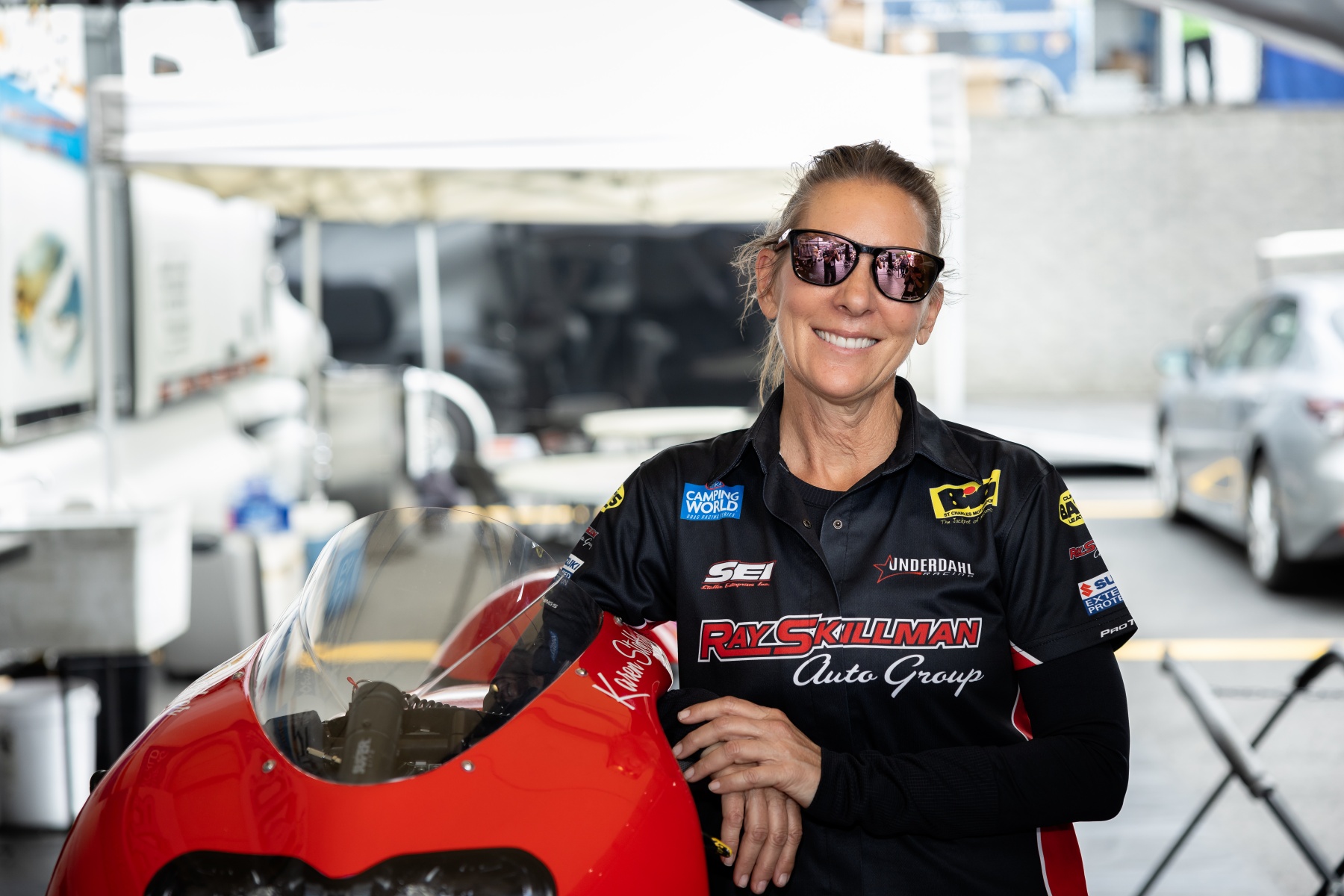 If this season is truly the last, at least on a full-time and regular basis, for Pro Stock Motorcycle veteran Karen Stoffer, she’s already off to quite the final year. She made history in Gainesville, shattering the record book and becoming the first rider in class history to reach the 6.60s, and it’s put Stoffer in line to compete for a world championship.

The closest she’s been before was fourth in 2019 and fifth in 2012 and 2021, but Stoffer set unbelievable records and then won in Gainesville to give her plenty of momentum this year.

She’s hinted that the 2022 NHRA season may be her last as a full-time participant, but as a championship contender, Stoffer is still enjoying everything about competing, especially when it comes to being on the White Alligator Racing team Suzuki.

“I’m just grateful and happy. It’s a happy bike and it’s so much fun to ride,” Stoffer says. “I’m so blessed and thankful to be able to ride it all the time. I’m grateful every time the bike goes a little faster, and it is truly a fun bike to ride. I’m definitely enjoying every moment we have like this.”

She savored every bit of the historic weekend in Gainesville, starting with the mind-blowing run of 6.665-seconds at 200.71 during the second round of eliminations – after being the first to the 6.60s in the opening round – and ending with a victory. Stoffer didn’t race in 2020 due to COVID, but her 2021 and 2022 thus far have been truly rewarding.

She won in Sonoma and then went to three straight finals to end last year, following it up with the Gainesville victory and a No. 1 qualifier in Houston. It’s been a worthwhile bow in a career that has been filled with plenty of success.

“It solidifies that you can step off a winning bike and wait a full offseason, then step right back on and get up there again,” Stoffer says of her Gainesville win. “The engine program is working good. The tuning’s good with [crew chief] Tim [Kulungian], and I’m riding well. The whole package is definitely a dream come true.” 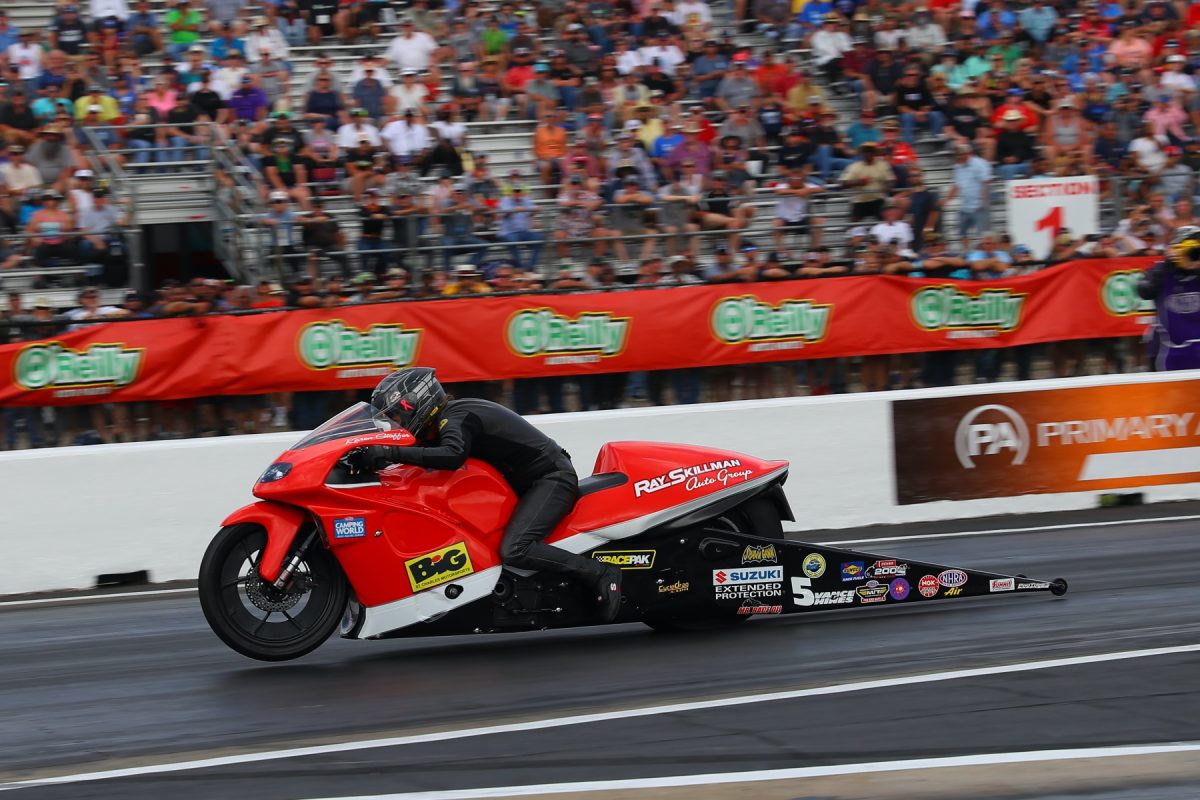 However her season ends, Stoffer will look back at 2022 and her career fondly, and with good reason.

No, she hasn’t had the success of fellow PSM female Angelle Sampey, a three-time world champion, but even if Stoffer doesn’t manage to win that elusive world title this year, she’s enjoyed plenty of success and helped carve a path for fellow female competitors.

Pro Stock star Erica Enders called Stoffer a hero, while PSM’s infusion of female talent in recent seasons is certainly a nod to class trailblazers like Stoffer and Sampey. It’s something that brings a smile to Stoffer’s face, and thanks to her weekend in Gainesville, she’s also a big part of Pro Stock Motorcycle history.