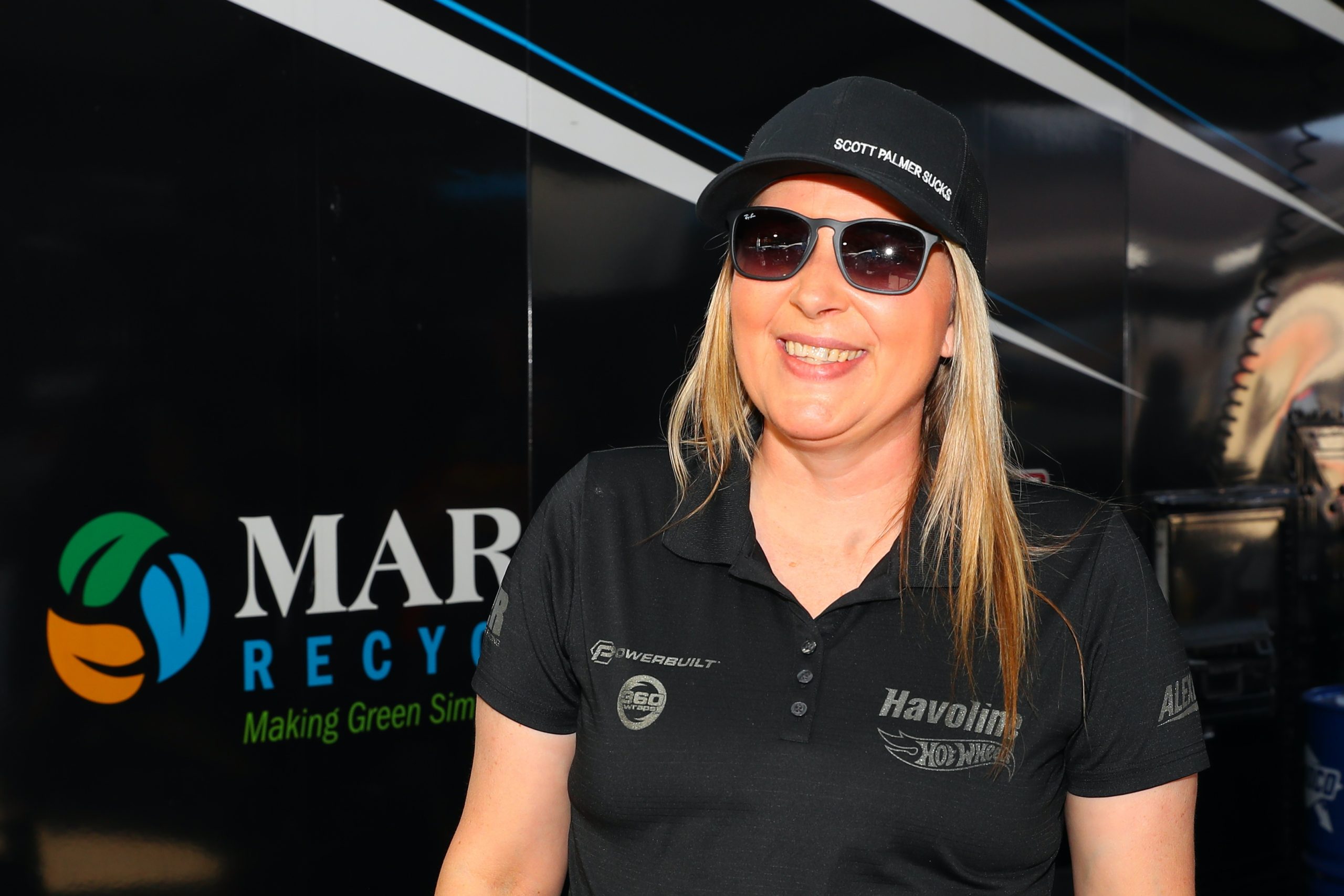 Chrystal Shiveley never expected to be as involved as she is in drag racing, but the sport has a unique ability to do that with people.

For Shiveley, her involvement was completely unexpected, even if she’s known fan-favorite Top Fuel driver for more than 20 years. The two began dating around five years ago, with Shiveley slowly becoming more and more involved.

She attended her first race in 2018 – which just happened to be Palmer’s first Top Fuel final round – and she’s become hooked, while adding job responsibilities for Palmer’s team seemingly by the day.

“These people out here are family to me now. Having that family out here means the world to me,” Shiveley says. “I didn’t think I would ever be this involved, but as time went on, it just kind of happened.”

Shiveley worked as a paralegal when she started dating Palmer. He invited her to a race and things went from there, as Shiveley slowly became integrated with the team.

She’s now an integral part of the Scott Palmer Racing operation, handling everything from logistics to travel to social media to PR work. If a job needs done, Shiveley is usually the one to embrace it. 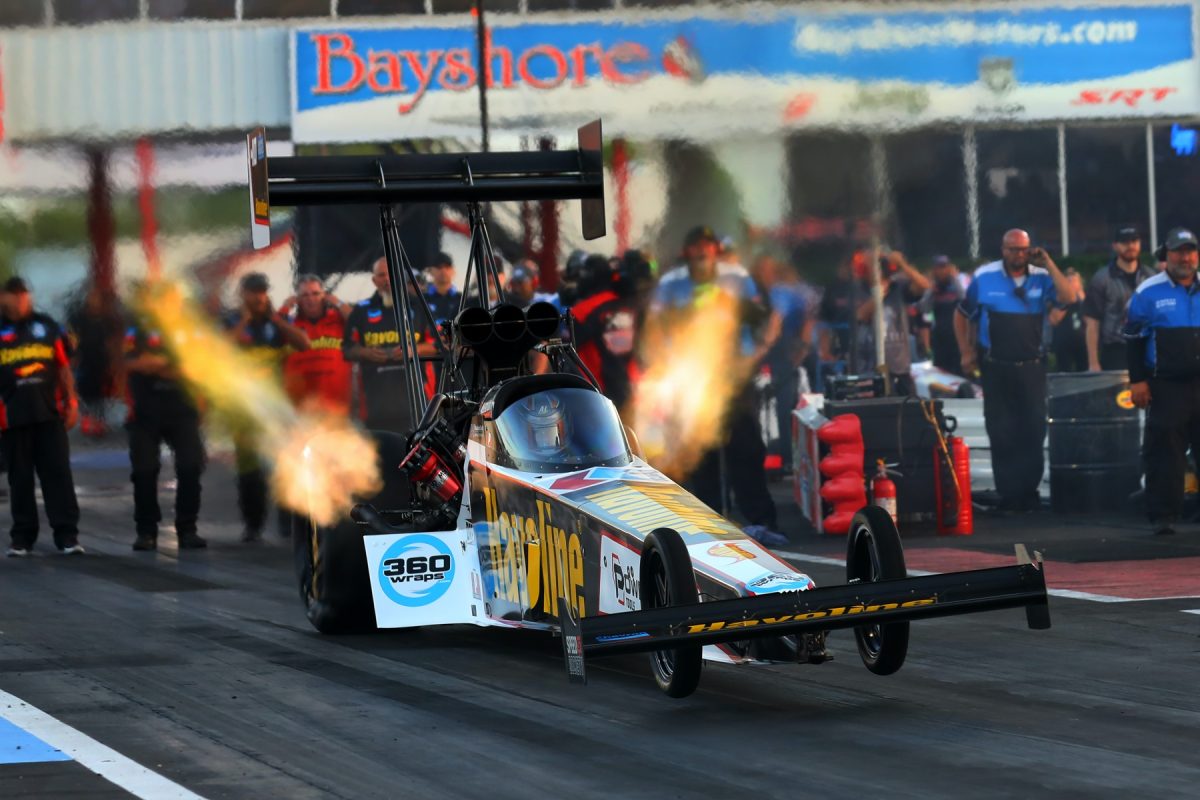 While it’s been a thoroughly enjoyable experience, Shiveley initially had some doubts, especially while raising three children.

But she and Palmer have made it worked and thrived, much of it due to Shiveley’s impressive work ethic and drive to see the team succeed in every area.

“That first year was a little tough, but after that we got the hang of it,” Shiveley says. “Now, I absolutely love it and I wouldn’t change one thing about it. I think I would be lost if I wasn’t out here.”

Shiveley’s now referred to as “Mom” by most of the team, a nod to just how well she takes care of everyone. That includes new team members and a new driver when Alex Laughlin came on board to drive last year.

But that relationship has been stellar, and Palmer has found a great balance in the process. Laughlin is normally the one driving these days, but Palmer did race in Virginia in mid-May at the Virginia NHRA Nationals, which was also a thrill for Shiveley to see again.

“Alex and his team, they’re amazing and so awesome to work with,” Shiveley says. “I just love every bit of it. There’s nothing not to love. I loved seeing Scott in the car in Virginia. That was almost like a sigh of relief for me because it’s been so long since he’s been in the car, but that was so much fun. Everything about this has just been great.”