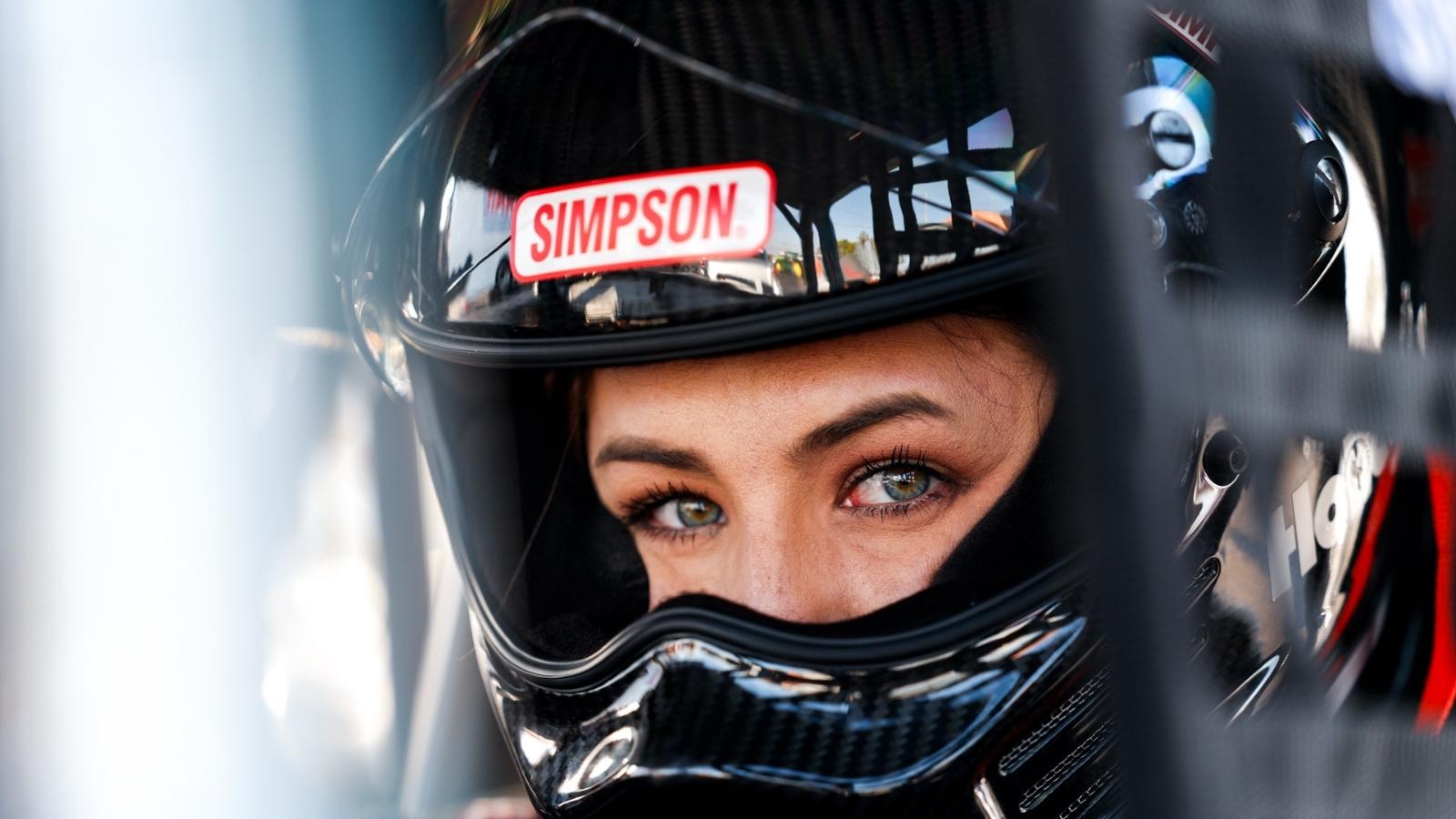 Alex Taylor has been working towards a meaningful career in the automotive world, even before she knew what that might include. What started as following around her father, Dennis, in the family’s hot rod shop as a toddler has grown into a multi-faceted career that spans not just drag racing, but car culture as a whole.

“I literally have grown up in the shop since I was a couple weeks old,” says Taylor, now 24. “The whole ‘in your blood’ thing sounds so cliché, but I honestly didn’t realize there was a life where you don’t wake up and think about cars, talk about cars, work on cars, drive cars. That was normal for me. I did not realize until the last four years that that’s not necessarily normal.”

Taylor has become a fixture in the drag-and-drive world, where she made her debut at just 16 years old driving her “Badmaro” ’68 Camaro. She recently debuted her latest project, a twin-turbo ’55 Chevy that she built with her dad. She knows the car inside and out, which comes into play as she’s racing down the track, cruising down the interstate at 80 MPH, or working with Holley EFI’s Ryan Witte on the tuning side. As she progresses in the sport, she insists on continually learning and being as involved as possible on the mechanical end.

“I remember following along anybody that let me follow along in the shop,” Taylor says, looking back on her earliest days running around at Hot Rods by Dennis Taylor. “Maybe they’d let me put a washer on a bolt. I just wanted to do something. I’ve always loved being hands on, very inquisitive. I want to know how it works and why it works, not just hop in it and drive. I just love to learn about it.”

Taylor’s expertise was evident on Sick Week, Tom Bailey’s new drag-and-drive event in Florida and South Georgia in early February. Taylor could be found reviewing data on her laptop between passes, or getting the car switched over from the track setup to the street setup. She’s also the one who knows exactly how everything gets packed back up into the support trailer that’s towed behind the ’55 Chevy. There’s not much Taylor can’t do, and that’s the way she likes it. 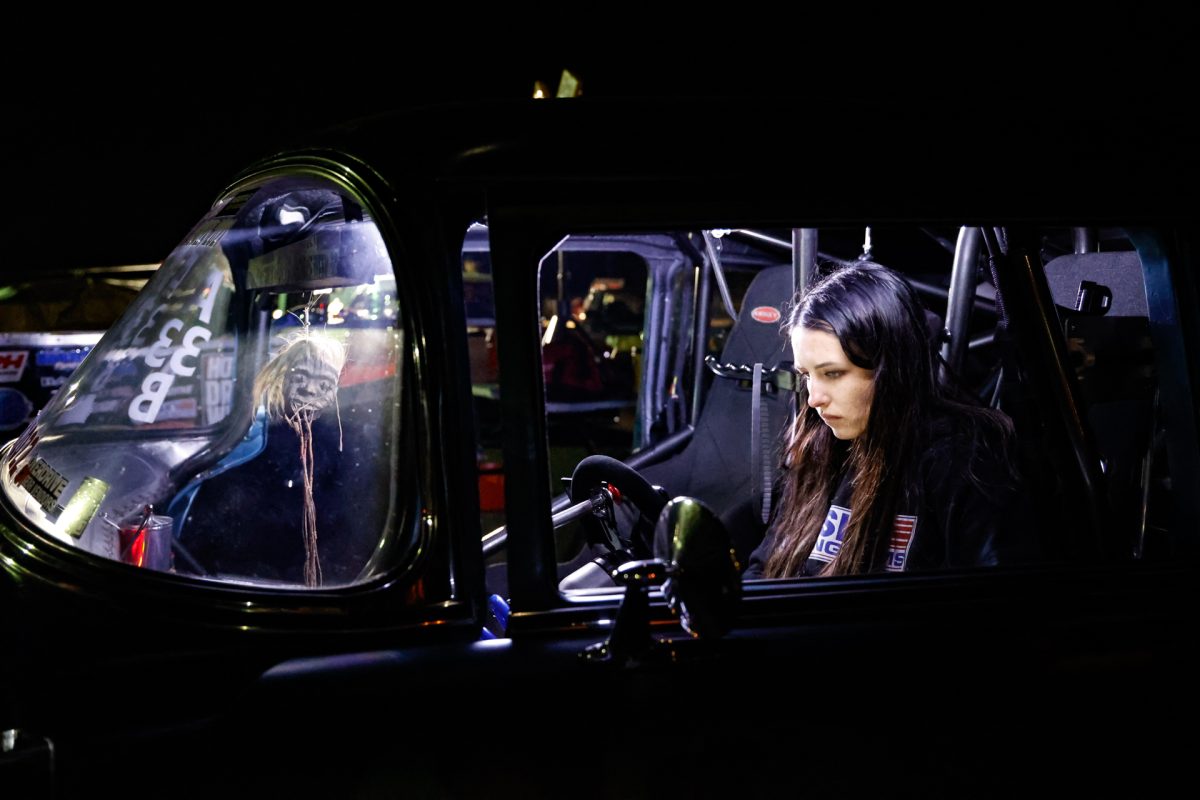 “I can’t stand to sit with my hands tied,” she says. “For example, yesterday, Ryan, who’s helping me tune, he had to fly out, so I’ve stayed right in the middle of tuning even though he’s more than capable of doing it because I don’t ever want to be in a situation where I can’t do something because I don’t have somebody here. I don’t want to have to rely on that. I’m super hands on.”

Taylor’s independence and wide range of skills are points of pride for Dennis. Sick Week was one of the few times he’s been in the car with Alex as her co-pilot, filling in for his wife, Debbie, who has traditionally served as Alex’s co-pilot during drag-and-drive events. Riding along gave Dennis a first-hand look at just how much Alex has learned under his tutelage over the years.

“She’s actually the one looking at the data and talking about why the valve tuliped and all that,” Dennis says on Day 4 of Sick Week. “She’s very smart. For me as a father, it’s like how do you get better than that? It’s been fun. She’s driven the car exclusively. I moved it one day here. I had to move it since she wasn’t around. I’ve never started the car or driven the car. And I’m OK with that. I think of it as her car, and we just do this together.”

The drag-and-drive crowd has known Alex for several years now, but she’s developed a broader audience through her popular vlogs on YouTube, as well as appearances on numerous different automotive shows. She was also recently named the new co-host of MotorTrend’s HOT ROD Garage for the show’s 10th season. On the competition side, she’s also branched out as the new driver of Jeff Miller’s “Bumblebee” Camaro in Radial vs. the World competition.

The result is a huge fanbase, one that continues to grow by leaps and bounds. She’s particularly popular with young fans who watch her YouTube videos or follow her updates on social media.

“People are starting to look up to her,” Dennis says. “I’m really proud of her, of course, on all of her accomplishments, but the fact that people come up to her and say she inspires them, that gives you goosebumps. Especially when the little kids come up and they want to meet her because they admire her. It’s really something, and I’m very, very, very proud.” 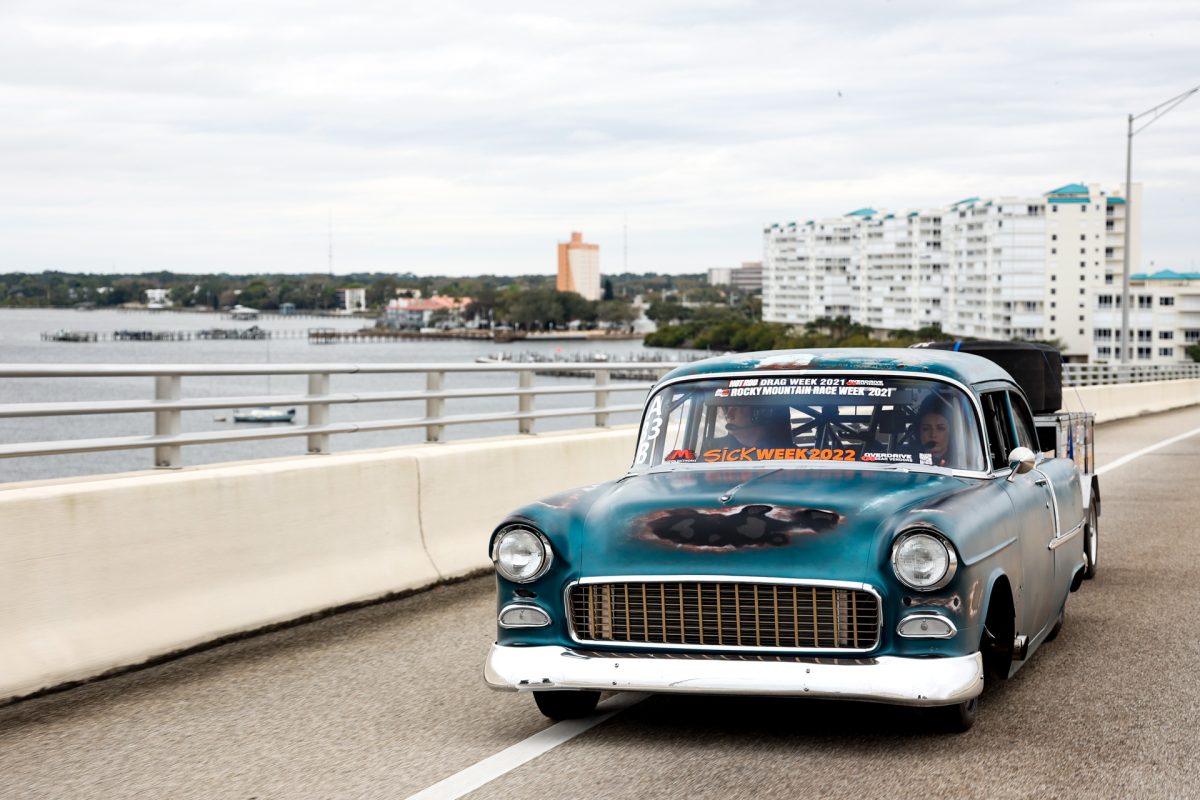 Taylor’s life continues to be anything but normal. Her schedule has her jet-setting all over the country on a weekly basis, from HOT ROD Garage filming in California to Radial Racing Series races in the Southeast to drag-and-drive events in the Midwest.

In fact, Sick Week was like a family vacation for the Taylors, as Alex was joined by her parents, her sister, Megan, and Megan’s boyfriend, and even the family dog, Meka. It’s a tightknit group and everyone plays a role, from helping with the car to selling T-shirts and filming content for the YouTube channel.

“It’s awesome because they’re people I can trust, they’re in my corner, and I don’t have to direct,” Alex says. “Me and my dad work together so much that we kind of have our flow and have our pattern. It just simplifies stuff. It’s pretty great.”