Since 1994 Shannon “Iceman” Jenkins has been part of the Pro Mod mix, winning four IHRA and NHRA world championships along the way as a driver while also developing one of the finest nitrous-tuning minds in the sport.

Focused on his role as crew chief to Mike Castellana the last few years in NHRA and ADRL competition, and now this season in the new Professional Drag Racers Association (PDRA), the Tuscaloosa, AL-based racer let slip at the recent PDRA race in Virginia that he expects to soon be getting back behind the wheel. 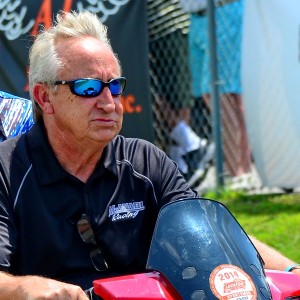 “Maybe next year or the year after I’m going to do a tour, a last-year tour where I’ll get back to driving,” Jenkins said. “I like driving; it’s just we’ve been concentrating on Mike’s car and trying a lot of new things and I don’t have time to drive my own car right now. But yeah, I’m looking forward to getting back out there.”

Jenkins has been racing as a teammate to Castellana since 2001, but his most recent full season as a driver came in 2010 with the ADRL. As a driver, Jenkins won IHRA Pro Mod championships in 1997, 1999 and 2002, the same year he earned the NHRA Pro Mod title, making him the only driver to win simultaneous Pro Mod world championships. In 2006 he became the first driver to pilot a nitrous Pro Mod into the threes with a 3.992 during qualifying that year for the ADRL event at South Georgia Motorsports Park.

As a crew chief Jenkins won his first IHRA championship with Tommy Mauney as his driver in 1995 and tuned Castellana to the 2005 IHRA championship, as well as ADRL Pro Nitrous season titles in 2011 through 2013 and multiple championships in overseas Pro Mod series.