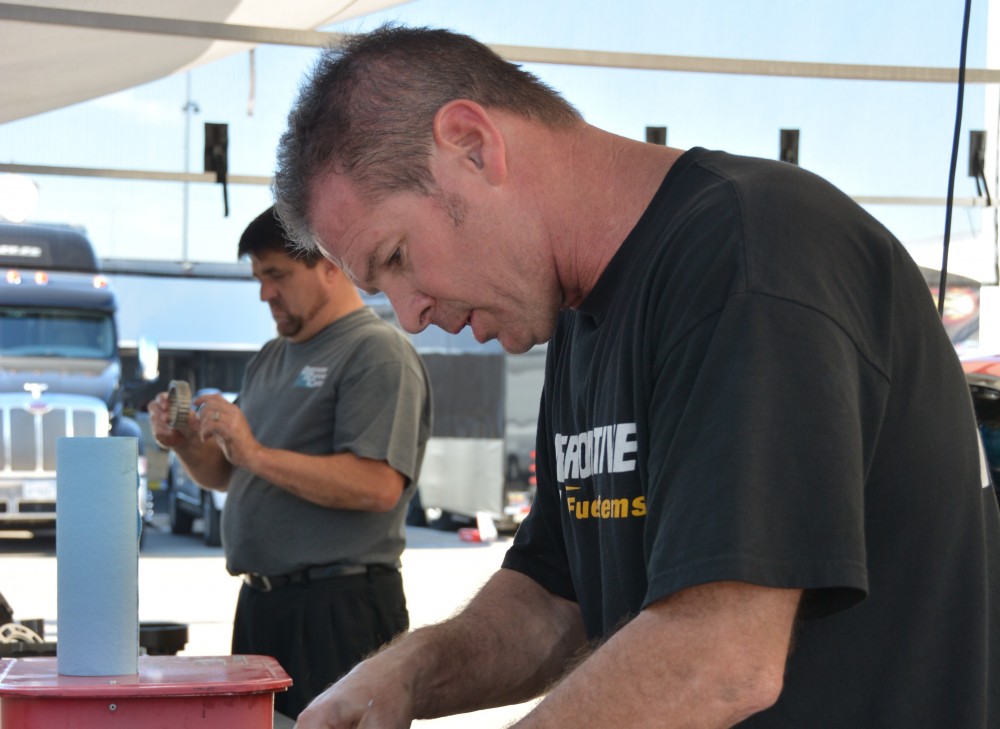 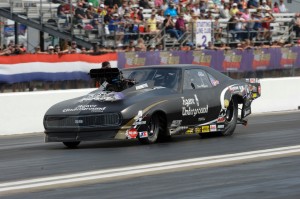 Having campaigned his familiar red twin-turbo Mustang for seemingly a lifetime, which has created an incredible cult-like following of hardcore doorslammer fans, Matusek made the announcement in the winter of 2013 that he would be joining forces with Danny Rowe and taking the wheel of the team’s second supercharged Camaro. Following a brief pre-season test session at Palm Beach International Raceway in March, Matusek made his blown debut at the NHRA Pro Mod Drag Racing Series season-opener in Gainesville and hasn’t looked back. Heading into the halfway point of the season, Matusek has compiled four round wins, including a semifinal round appearance in Houston, as well as a career-best 5.896-second lap in Atlanta.

The switchover hasn’t come without a few surprises and interesting nuances, though Matusek has accepted the challenge like an absolute pro.

“I kind of figured that I’d hop right in there and not have any trouble,” admits Matusek. “I learned quickly that it’s just a different kind of animal. The power band is different. The way you do burnouts, the way you approach making a run is just different. Early on there were a couple of things that I really struggled with – getting used to a handbrake, mainly. Down track, though, the car is very well-behaved, very smooth. But I think that has a lot to do with the tuner – Jimmy Rector. The sound of the blower, the throttle response, again, it’s just bad ass.”

Comparing the turbo car to blower car is a matter of apples and oranges according to Matusek.

“If I would have started off in this car, just being honest, I don’t think I could drive a turbo car,” says Matusek. “Having been through all the trials and tribulations of that crazy turbo car I have, it seemed to make the transition a lot easer when I got into a blower car tuned by Jimmy Rector.”

Working with Rector has been an experience in and of itself admits Matusek, who can hardly contain the excitement that stems from working with a world-renowned tuner.

“The guy is amazing,” Matusek begins. “The car is like his left hand. He knows so much about it, how to tune it and his way around it’s almost breathtaking. He’ll ask me questions, tell me a specific RPM to do the burnout at and he’ll get right after reprimanding me if I’m too high or too low. He usually knows within 20 RPMs of what that engine is doing – it’s just amazing. His ability to evaluate a race track, change the tune up and get the car down the track – and fast, not just get down – is truly amazing.”

Along with Rector, Matusek has thoroughly enjoyed the team dynamic, especially racing with Danny Rowe.

“It’s one of those things where when you race against somebody and you have your own program, you don’t really pay that much attention to what everyone else is doing,” explains Matusek. “Now that I’ve had the opportunity to spend some time with Danny, watch him and see how he does things, I’d have to say he’s one of the most talented drivers that I’ve ever been around. He’s smooth. He’s consistent. He doesn’t make quite as many laps as other people, and if he did, I think everyone would be in big trouble. But as far as his ability to get a race car down the track – and I think you see that from the outside – the fact that he gets the car down the track virtually every time has a lot do with him. He’s a very controlled, smooth driver. I’ve got a lot of respect for him.

“The whole team is unbelievable,” he continues. “Danny, his wife, his girl and my wife and girls, we’ve all really developed a strong relationship – we hang out a lot. It’s been an unbelievable experience.”

One of the specific challenges Matusek has faced and ultimately toppled has been the staging procedure in the supercharged car versus that of his former turbo whip.

“It’s been very interesting,” says Matusek, demonstrating the mechanical penchant of someone with a Bachelor of Science degree in Aeronautics and an Associate of Science degree in Avionics. “I’ve never driven a car where I literally have to let go of a handbrake. Anytime I was using my right hand, I’d be holding a shifter for either a Liberty or Lenco – so it was unnatural for me to let my hand off a brake and let a clutch out at the same time. We tried using a line lock instead – Jimmy and the guys wired one up for me – but that throws off the clutch program because you’re dragging it in and with the blower car, unlike the turbo, the accelerator is like an on/off switch.

“When you’re trying to stage the car and you whack the throttle, you have so much bottom end torque that it wasn’t smooth bringing it into the beams. Anyway, it was clear that I needed to use the handbrake and fortunately we’re doing pretty well with it. I didn’t want to let the team down and I felt like I was using the line-lock as a bandaid, so I got it in my head that I was going to use the handbrake. I’ve got it down now; I’ve figured out a routine.”

One critical piece of the puzzle for Matusek has been utilizing the new supercharged Pro Mod platform as a development tool for his beloved Aeromotive, Inc. to bring a new mechanical fuel pump for blown Pro Mods to market.

“The very first car to ever have our new mechanical pump is the car I’m driving,” says Matusek. “Our new pump, which has just been approved for the NHRA Heritage Series, has been a lot of fun to develop and I believe we’ve created something that is truly a superior product. It’s been exciting.”

Gotta give it up to Steven Niemantas for this jaw-dropping 3,000-horsepower Bentley. They should most certainly come this way from the factory.

Thankfully, Gary Courtier walked away from this terrifying fire unscathed, but it did end his driving career – he announced his retirement in the days following.