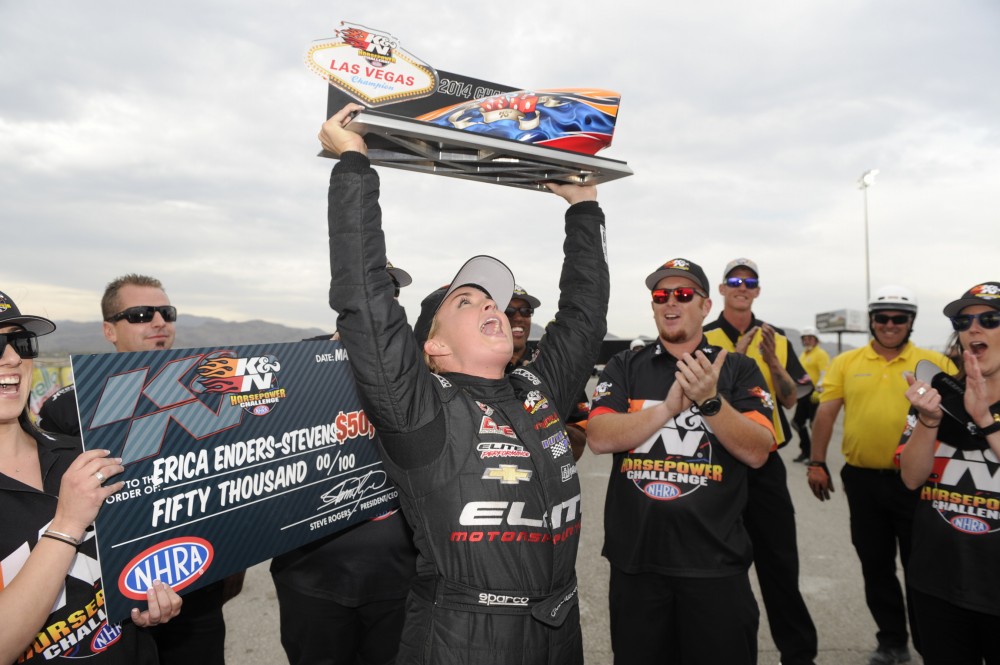 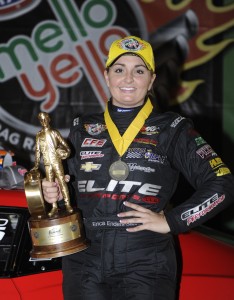 When Erica Enders-Stevens finally earned her career-first Pro Stock win in July 2012, no one knew then whether it was her breakthrough moment or she was destined to go down in history as just another one-hit wonder.

That first pro win was a long time coming, but it didn’t take long at all for Enders-Stevens to prove it was no fluke. Just four races after her Chicago triumph, she repeated the feat early in August at Pacific Raceways, near Seattle, and as if to punctuate the point, she won again just two weeks later at the next event on the schedule at Brainerd, Minnesota.

Since then, Enders-Stevens has turned on the final-round win light another five times, including twice this year–three times, actually, when counting her K&N Challenge victory the same weekend she won the Las Vegas national event.

Perhaps even more important on a personal level, though, was her most recent win this April at her home track in Baytown, Texas. The Houston-area track is where Enders-Stevens made her first-ever Jr. Dragster pass early in 1992 and the site of her first NHRA sportsman win 10 years ago in Super Gas.

“It was also special because my dad (Gregg Enders) hadn’t ever been to any of my Pro Stock wins until this one in Houston. He’d been at every other race of my life for the last 20 years, but just never at the right one in Pro Stock, so that worked out really cool. And then my husband (Richie Stevens) and his entire family was there as well and my friends, so that was just the icing on the cake,” she says. “It was a huge accomplishment. Anybody that’s involved in the racing community knows how many distractions there are at a home race and how much pressure there is, so to be able for all of us to put that aside and get the job done when it mattered was pretty awesome.”

After beginning her Pro Stock career in 2005 with team owner Victor Cagnazzi, Enders-Stevens later joined her father in purchasing a turnkey race operation from Don Schumacher before moving to Jim Cunningham Motorsports and later back to Cagnazzi in 2011. But after losing her ride due to budget constraints last summer, Enders-Stevens was named late in the year as the new driver for Richard Freeman’s Elite Motorsports team.

“The whole deal our team is built around, first things first, we’re going to go and have fun. It’s about family and taking it as it is,” Freeman says, adding that Enders-Stevens fits well within that team philosophy. “But Erica is a professional, too; she’s very good at what she does.”

Enders-Stevens immediately stepped into a winning ride this spring, after Rickie Jones drove the Elite Camaro to the winner’s circle at the NHRA season ender in Pomona, California, last November. Jones, along with his father, Rick, now stands behind the car as co-crew chiefs for the Elite entry.

“Rickie is a great kid and I’ve already learned so much from him and Rick in just the first six races that we’ve been together, in comparison to what I’ve learned over the last 10 years,” Enders-Stevens says. “He’s just awesome; so humble and gracious and kindhearted, and he’s smart and knows what he’s doing.”

The admiration runs on a two-way street, as Jones Jr. heaps equal praise upon his driver for how she’s been performing this season.

“The thing is, when Erica needs to win on a hole shot, she digs deep and she does. She makes up for it when maybe we miss it a little bit. But even when she has the fast car, she still digs deep, so it’s a really good situation for all of us,” he says. 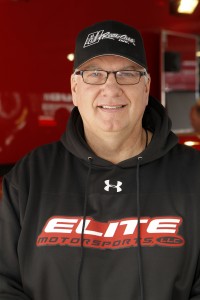 Jones’ father, who built the car Enders-Stevens is driving at his RJ Race Cars shop in Galesburg, Illinois, echoes his son’s opinion.

“Erica’s a good driver. We knew that in the past and all she needed was somebody to really back her up and do a really good job of keeping her morale up and just boosting her confidence,” he says. “I think we’ve all worked together at that; she’s made us a lot better and we’ve made her better.

“I named us, all of us, a bunch of misfits because somehow one way or another, we’ve all been either fired or let go or thought not good enough. So we’ve all just come together and made ourselves better.”

Much of the credit for the Elite team’s cohesiveness and across-the-board positive attitude can be traced to the younger Jones’ acceptance of stepping aside from a driver’s seat in which he so recently won at the sport’s highest level. Enders-Stevens especially appreciates what Jones is doing to help maintain and progress what’s easily shaping up to be the most promising campaign of her career.

“It’s hard being a driver and having to sit out. It’s a tough deal; I know that. I’ve done it before and my husband, he’s doing it now and Rickie’s doing it, too. But he’s got no ego about it,” she points out. “That’s what’s so cool about Rickie; he’s one of the best drivers there is out there, but he doesn’t have to say it.

“It’s nice to have someone that has your back and wants to see you do your best because it’s something that he wants, too. He doesn’t have an ulterior motive. He wants to see me do well and will do everything in his power to make our team win races. So it’s nice for him to have my back and me not have to worry about him trying to undercut me. I can’t say enough how impressed I am by him.”

Regardless, Jones hasn’t given up on his driving dreams. He stresses his main priority remains to provide Enders-Stevens with absolutely the best combination available to continue winning races and ultimately win the 2014 Pro Stock world championship. He also realizes, however, that a second team car–as many of their rivals already have–could provide invaluable backup data to help turn those goals into reality.

“I think it would make our team stronger and we’re constantly trying to find the funding to do that. Even Richie (Stevens) is working on trying to put something together to hopefully bring on a second car, or if someone was to come along and would like to sponsor me for a second car, we would love to do that,” Jones says. 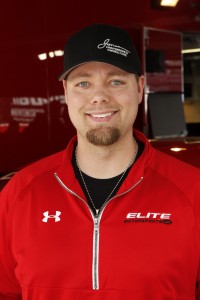 “I do miss driving some and it’s definitely a pleasure. It’s definitely exciting when you’re driving and banging gears, a lot of fun. It’s a big challenge to drive one of these cars and to keep your head on straight with all the pressure and everything. So I mean, I do miss that. I’d be lying if I said I don’t miss driving some, but I am having a lot of fun being outside the car right now, tuning. And to be with my dad and be up on the starting line, looking at the track and helping tune a car, that’s pretty cool.”

So Jones enthusiastically embraces his role as the car’s tuner, along with in-house engine builders Nick Ferri and Jake Hairston, and explains it’s a collaborative effort that has placed Enders-Stevens firmly atop the Pro Stock points list a third of the way through the 2014 NHRA season.

“Most of the time either Nick or Jake, if not both of them, is at the race track with us. I’ll sit down with one of them and we’ll look at it together,” Jones said. “So I’ll kind of work on the engine tune-up with the engine builders and then dad and I, we just work together on the chassis and transmission and clutch and everything that we’re doing.

“So I wouldn’t say there’s a chain of command so much. Dad is definitely the most respected and he makes sure everybody on the team gets done what they’re supposed to do. So I think he’s more of the crew chief than I am, that’s for sure. But when it comes down to making decisions, we do those together. And 95 percent of the time we’re thinking about the same thing.”

Beyond the fun and satisfaction from winning that the team currently enjoys, Enders-Stevens says she’s happy to see Freeman realizing his own dreams of owning and operating a truly elite team in the NHRA Pro Stock ranks.

“My dream was to be a professional driver; this was his dream. He’s talked about it and worked on it for years and years and years, and to see it finally come to fruition is pretty cool,” Enders-Stevens says of her Oklahoma-based team owner. “He’s just been so excited and he’s always smiling and he’s hilarious. He’s a true character and just keeps me in stitches. It’s always entertaining in our pit.” 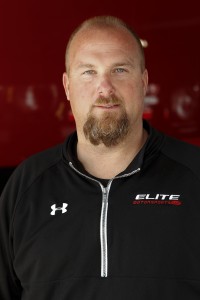 “We’re thankful for what it’s like right now, but there’s a long way to go and a lot of good cars out there. We’re going to keep at it, but we’re humble about what’s going on,” he says. “We’re going to keep doing what we’re doing and hopefully at the end of the deal, we’ll be standing right up there in contention to win the championship.”

That’s clearly Enders-Stevens’ goal, too, as she has a realistic shot at making more history as the first woman since Shirley Muldowney in 1982 to win a major motorsports championship.

“I definitely don’t want to get ahead of myself, but we have great confidence right now and momentum is huge in this sport and we’ve got to carry it. It’s a long year and there’s a lot of racing left, but we’re going to finals, we’re having fun and enjoying our time on the road together, so who knows?” Enders-Stevens says.

“We’re to that point now where we have the opportunity to–to win a lot more–and really, it’s surreal to me to be at this point. Just crazy.”