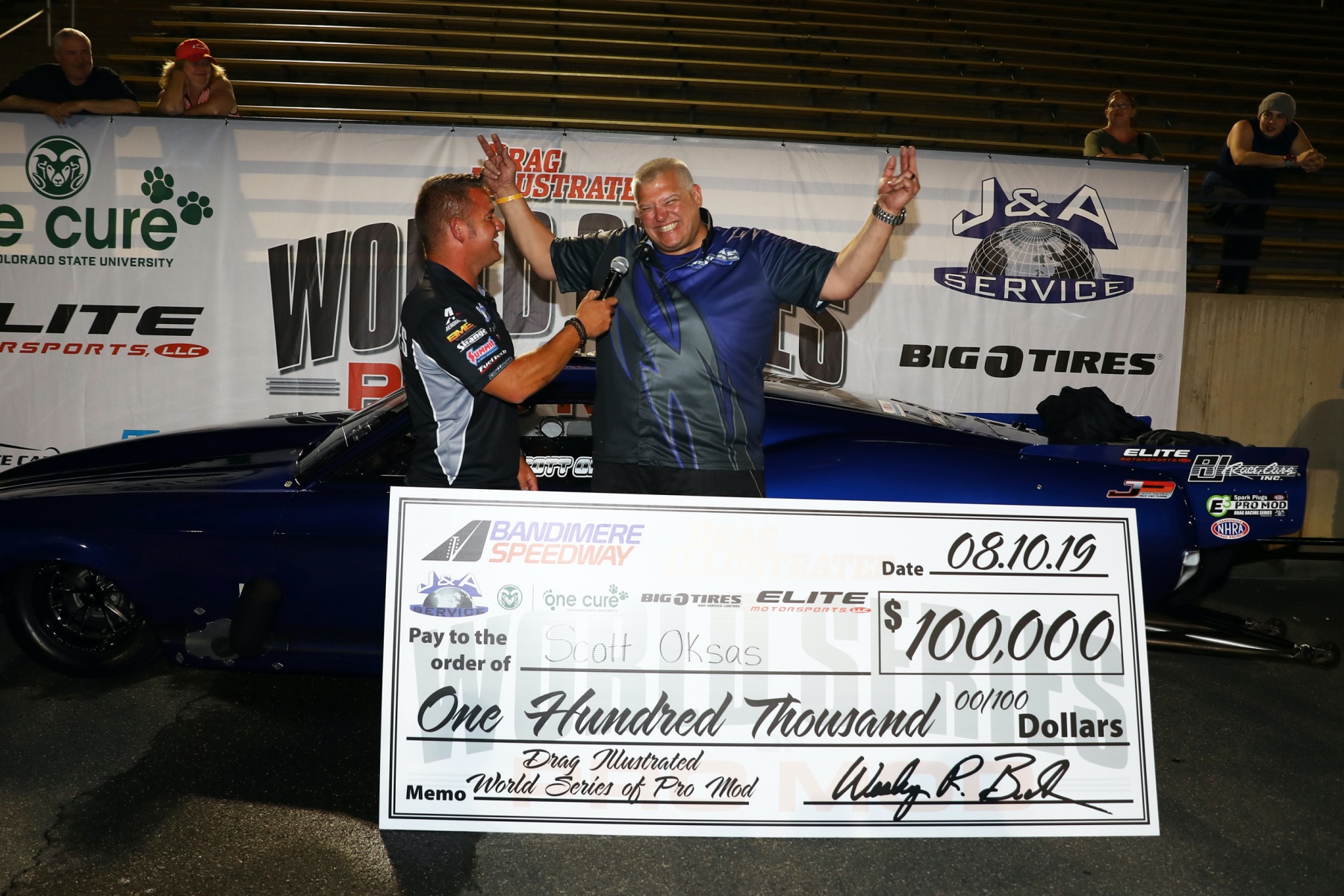 The Pro Mod community and drag racing world in general was dealt a crushing blow when news spread that beloved Pro Mod driver and owner Scott Oksas had unexpectedly passed away on Sunday, March 28. Oksas was a longtime West Coast racer who made headlines in 2019 when he won the $100,000-to-win Drag Illustrated World Series of Pro Mod at Bandimere Speedway in his twin-turbocharged ’67 Mustang. He later handed over the driving duties to his son, Joey, who went on to win the 2021 Mid-West Drag Racing Series Pro Mod championship.

Oksas was a well-known figure on the West Coast for many years before his WSOPM victory, but it was his massive win and larger-than-life celebration on “Thunder Mountain” that exposed him to many more people on a national and international level. He also went on to run some NHRA Pro Mod races, as well as the season-ending Street Car Super Nationals in Las Vegas.

In 2020, Oksas and team, including sons Joey and Anthony, set their focus on the Mid-West Drag Racing Series Pro Mod program. At the St. Louis race in August, Oksas decided it was time for Joey to get his shot in the Pro Mod after several years racing the family’s Fox-body Mustang in outlaw classes. Joey ended up reaching the final round, solidifying his role as the team’s new driver. 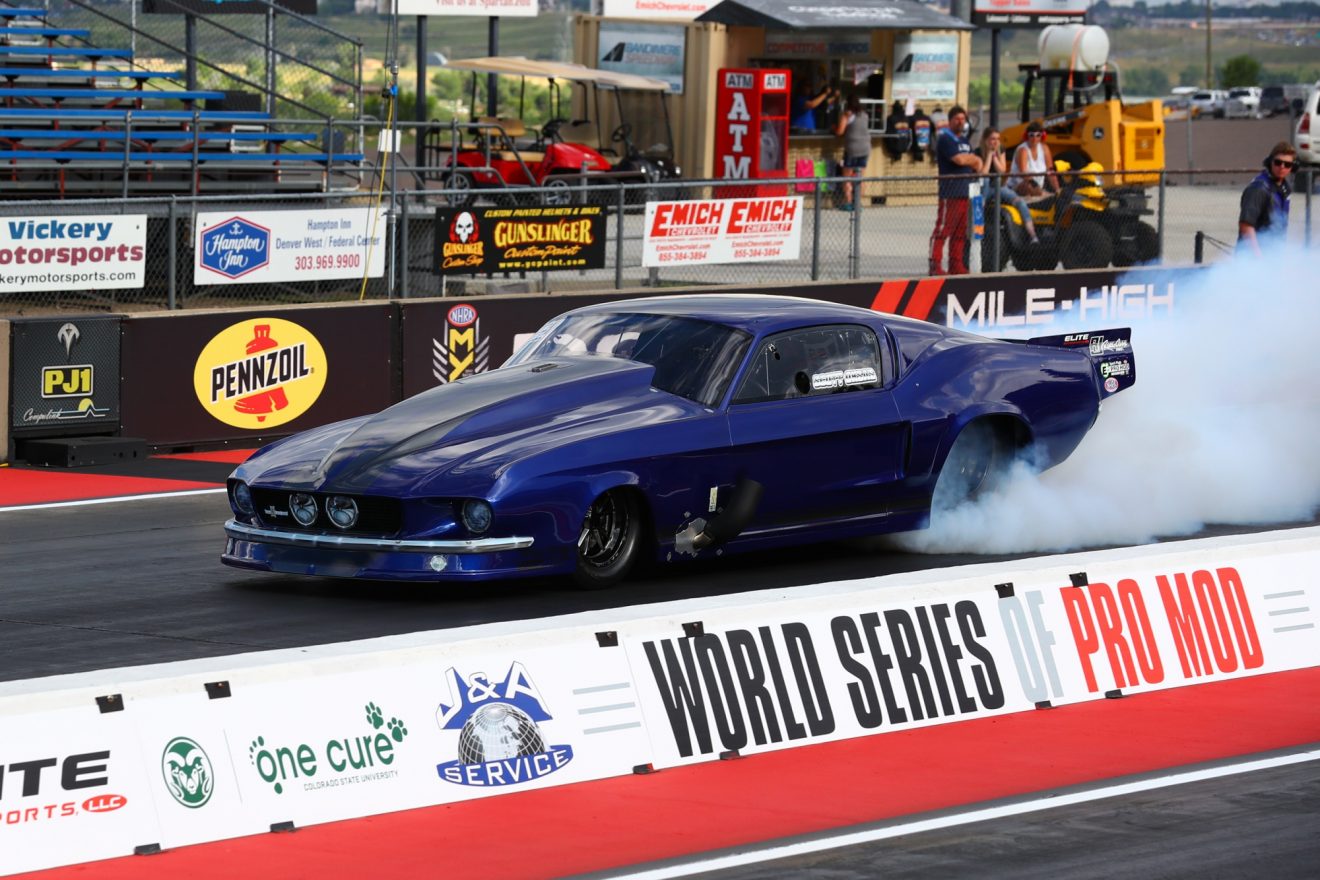 “It was awesome, to say the least,” Joey remembers. “I couldn’t imagine it in a million years, the opportunity to drive something like that, but I was blessed enough to get the opportunity and definitely tried to take advantage of it for the time being.”

It may have seemed like a last-minute decision from the outside, but the team had been planning for Joey to take over for several months. At the urging of tuner Jeff Pierce, Oksas had ordered all of the appropriate safety equipment for Joey, and had a custom poured seat made for him, as there was a considerable size difference between the father and son. When the elder Oksas got to St. Louis and decided he wasn’t in the right mindset to drive, Joey was called up to the big leagues.

“After that, he never looked back,” Pierce says. “He was super proud of his kid. I think he almost got more excitement out of seeing Joey win than he did when he won. He had complete faith. Complete faith in Joey driving, complete faith in whatever I asked him to do. Just a great guy.”

Oksas’ complete faith in the people he surrounded himself with was one of the many reasons why Pierce enjoyed working with Oksas and his team. Pierce joined the team in 2019 after helping them at a couple races late in the 2018 season, and he’s been with them since then, guiding Scott to the WSOPM win and Joey to the MWDRS championship. 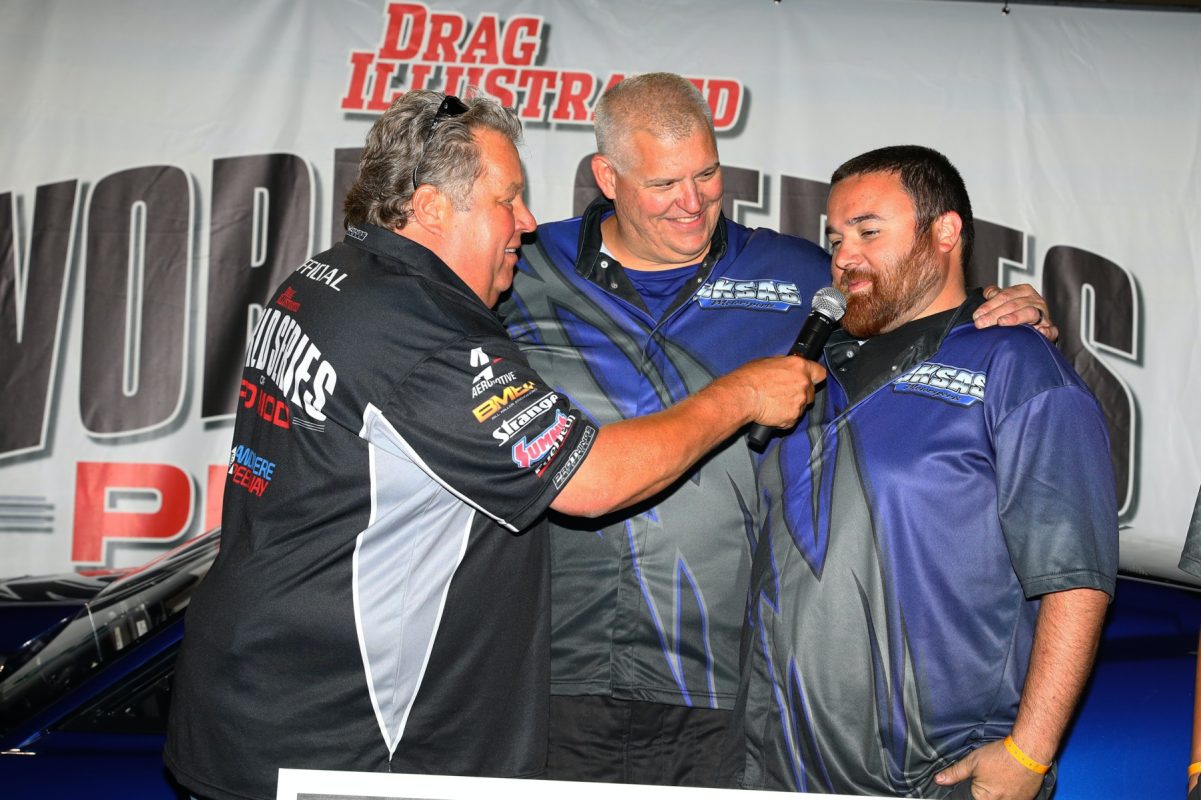 “I’ve literally never had a customer, including my own father – my father trusts me very much – but this man, if I said flip the car over, he would walk outside and flip the car over, which he could probably easily do that,” Pierce says. “He had complete faith in me. Whatever I asked them to do, they did. He was the motivation behind our team, our team leader, our team spirit. I’ve never and maybe never will ever have somebody like that again.”

Like many other father-son duos in drag racing, Scott and Joey bonded over their mutual love for the sport. They worked together at the Oksas family business, Payless Water Heaters & Plumbing, and the racetrack was their escape.

“Racing was kind of like our vacation or relaxation period to get away from work and all the other BS that’s going on in life,” Joey says. “It was good to be able to get away a handful of times a year and go do that. It was something he loves, and I love too. Those three or four days a week that we could spend together, going to and from races and being at the racetrack, was always a memorable experience.” 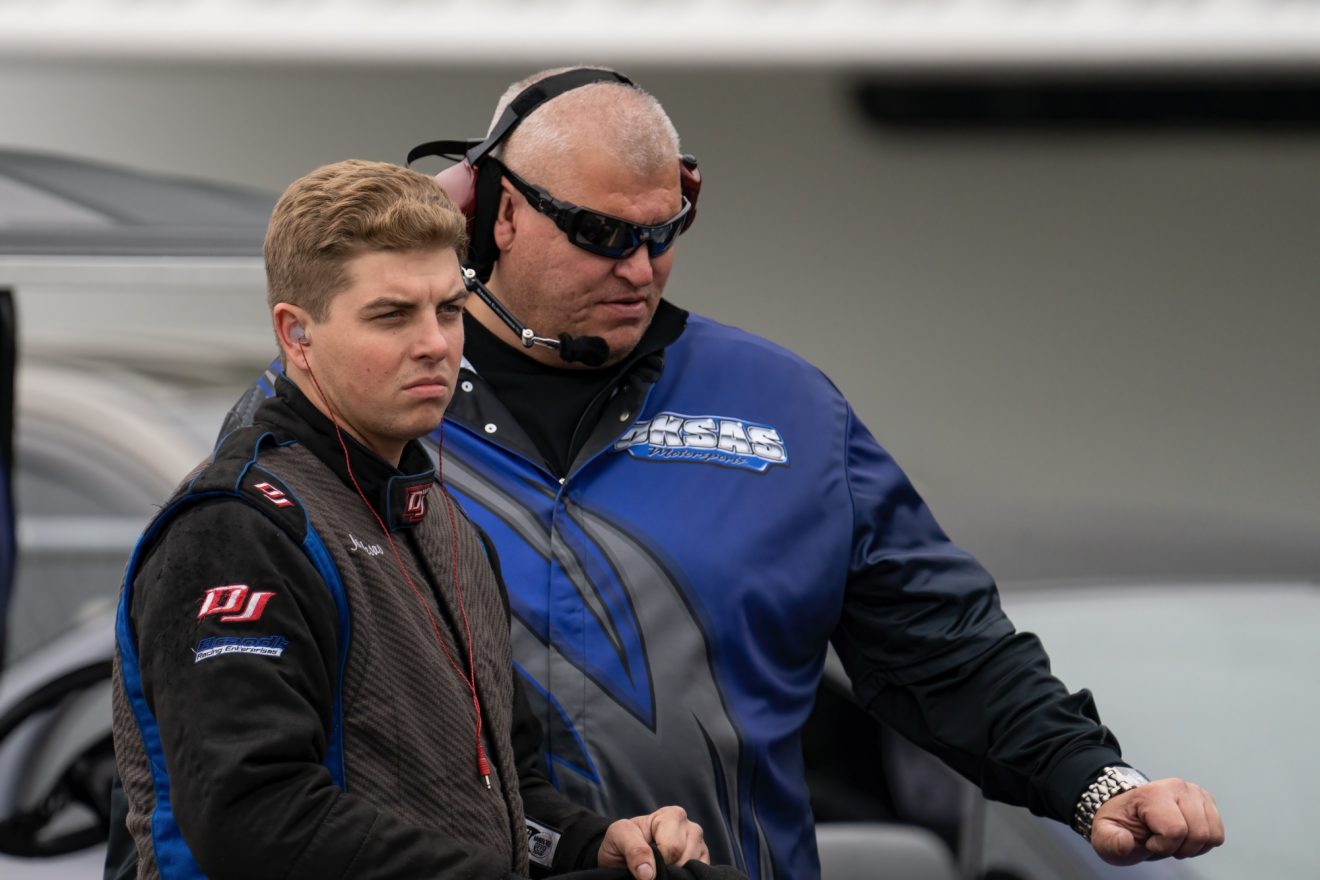 Joey, who won multiple races on his way to the MWDRS Pro Mod championship last season, was just one race into his title defense season when Scott passed. His passing understandably put the racing program on hold, but Joey does plan to return when the time is right.

“As of right now, I’m taking a little break,” Joey confirms. “Just gotta gather everything and make sure I have all my ducks in a row before I can go back racing. There are some aspects of life that are present right now that I have to deal with. The end goal for myself is to get back out at the track, get back out in the car, and keep on the old legacy.”

When that time comes, Pierce will be there for Joey to help him continue to grow the program Scott built up over years in the sport.

“I look forward to racing with him,” Pierce says. “He’s a hell of a driver. I don’t want him to give it up. I know it’s going to be tough. I want to be there for him. I look forward to it.”

Continuing his father’s legacy on the track is secondary to continuing his legacy off the track for Joey. Scott was known for his big, boisterous, lovable personality, and there was never a doubt that he was having the time of his life at the races, whether he was driving or Joey was in the seat. He was always quick to help others, and Joey wants to carry on that generosity.

“I know he always treated people with respect,” Joey says. “Always had a smile on his face. It didn’t matter who it was, he’d give the shirt off his back to anyone out there, whether it was a brand-new racing program that came out to race with us or it was a lifelong friend. I have that inside me, and I know that almost every one of those people out there would do the exact same thing for us. I just want to keep that going. Whether it’s offering someone to eat some dinner or grab a bottle of water or Gatorade or giving them the last part I have inside the trailer. That’s definitely one thing I’m going to keep on doing because it feels good and it’s good karma.” 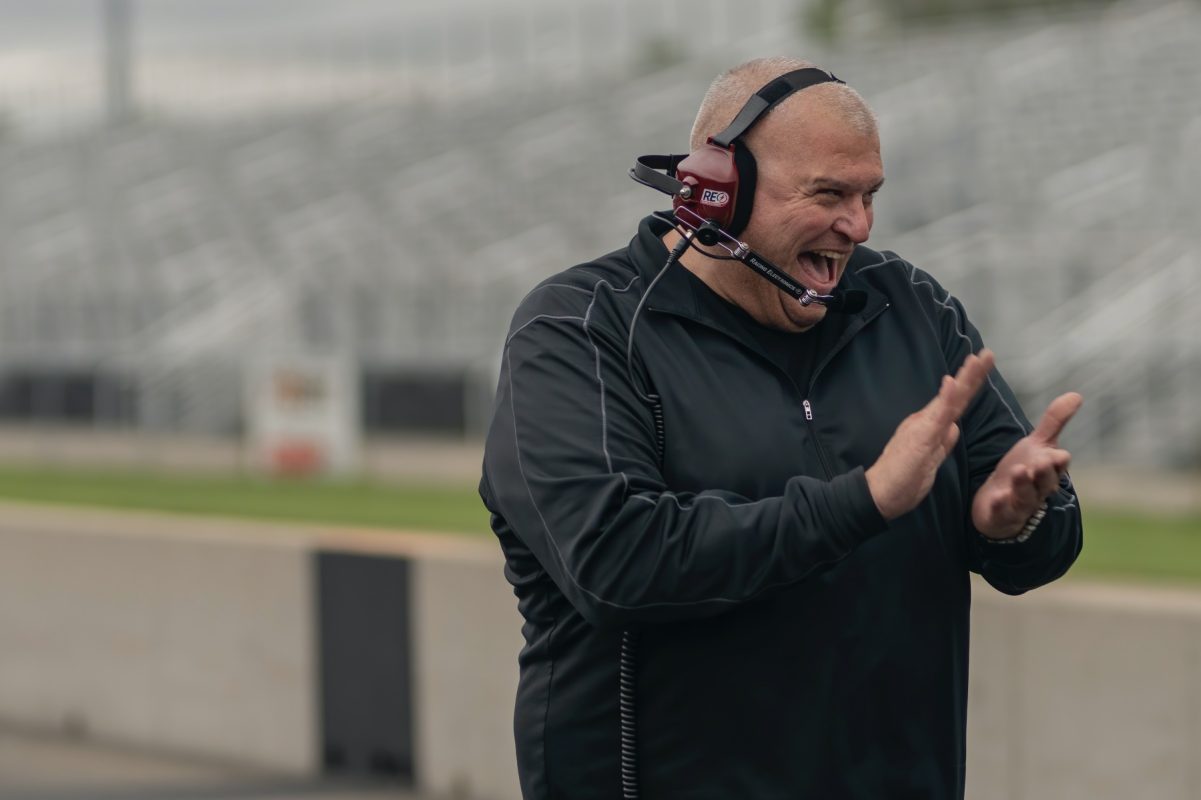 Oksas meant a lot to a lot of different people. That much was obvious in the days and weeks following his passing, as friends and competitors ran tribute decals and messages on their cars. Erica Enders and the Elite Motorsports team won the NHRA Four-Wide Nationals in Las Vegas and dedicated the win to Oksas’ memory, as the team was close with Oksas.

“He was a really big part of our Elite family,” Enders said after winning. “He was just a happy-go-lucky guy who would light up every room he walked in. I know that sounds cliché, but the world’s going to be a darker place without Scotty. We have a greaseboard in our trailer that usually has things to do on it. All that was on there this weekend was, ‘Win Vegas for Scotty O,’ and I’m really thankful to have done just that. He was riding along with us this weekend, and this one’s for the Oksas family.”

Past MWDRS Pro Mod champion Ron Muenks, who drives Dave Pierce’s nitrous-fed “Purple Gorilla” ’68 Camaro tuned by Jeff Pierce, raced under the Oksas Motorsports banner at the last couple races to earn points on behalf of the team should Joey decide to return later this season. It was a noble gesture, one that spoke to Pierce’s respect for Scott. “He’ll never be replaced,” Pierce concludes.