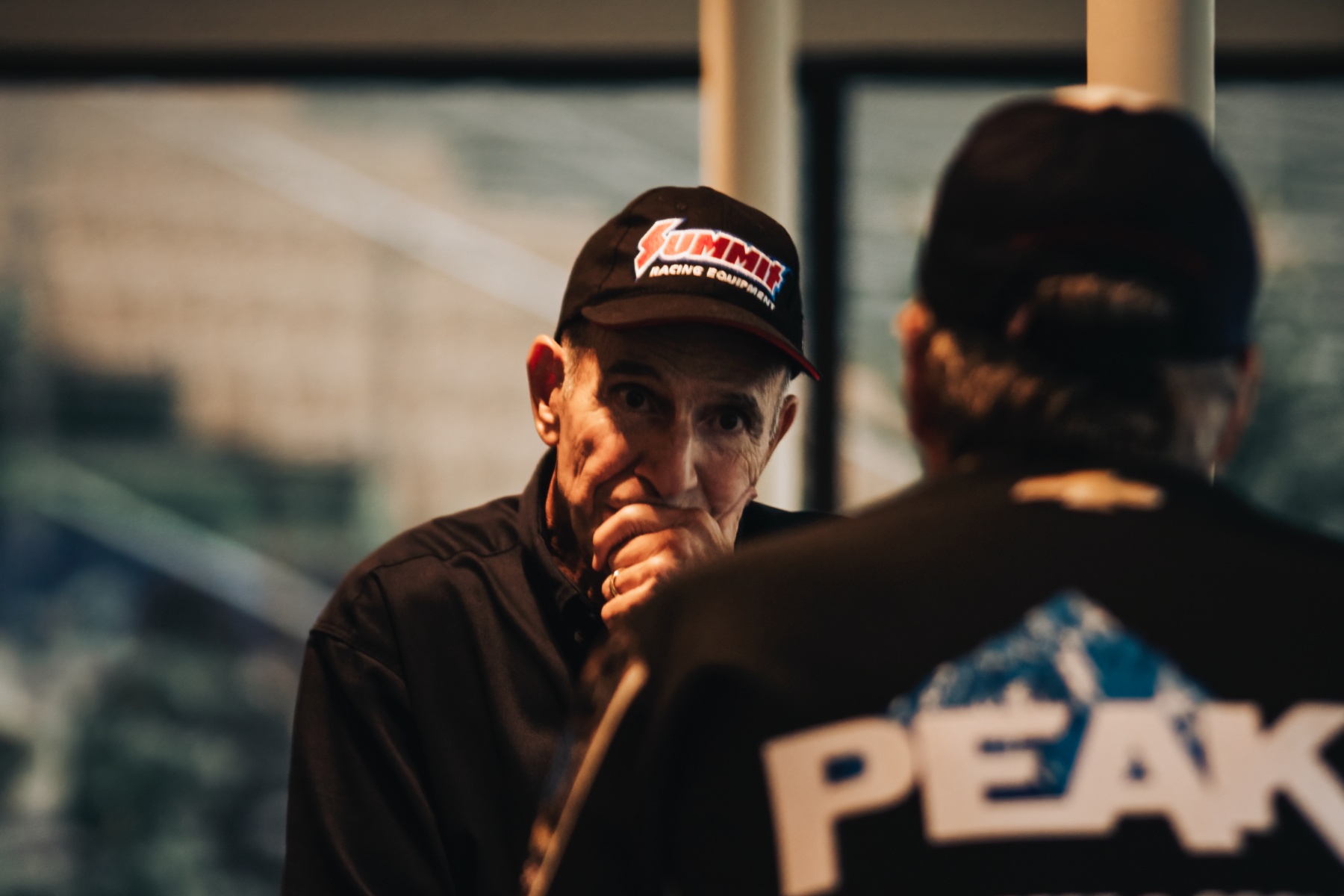 One of the first things people noticed about Bill Bader Sr. when he walked into a room was his smile.

It was gargantuan, it was genuine, and it was a great greeting that was meant for everyone there, whether he knew them or not.

It was sincere, and it showed that he was a people person who was encouraged and energized by exchanges that he had with those from all walks of life. He enjoyed hearing about them, their families, their beliefs and their hopes and dreams, and he built bonds with them. It didn’t seem to matter where it was, or what time of the day or night it was.

Those are just a few of the many traits that Bill Sr. was celebrated for ever since he opened Norwalk Raceway Park, now Summit Motorsports Park in Norwalk, Ohio, decades ago.

He considered racers, race fans, entertainers, musicians, media members, neighbors, politicians, police officers, and so many others to be close friends.

Even those who didn’t know Bill Sr. personally knew that he was a powerful promoter who was willing to go above and beyond – way, way beyond – to enthrall and entertain everyone who entered Summit Motorsports Park.

The stories of his antics are endless, and often include what he asked 16-time NHRA Funny Car champion John Force, jet engine-powered truck driver Bob Motz and many others, to do to surprise, or shock, fans at the annual Cornwell Tools Night Under Fire and other events. They obliged, despite the outrageous and over-the-top requests, because they trusted him, his intuition, and his vision, and because they respected him.

While Bill Sr. proudly wore a Summit Motorsports Park uniform for most events, he wore a Halloween costume for the annual Halloween Classic presented by Harland Sharp. Piles of pictures prove that some of them were doozies, but that just further endeared him to his racers and race fans.

Through the years, Bill Sr. proved that he wanted to, and was able to, stay several steps ahead when something went awry at events at Summit Motorsports Park. Unfortunate occurrences were overridden by the composure that helped Bill Sr. steer and stay on course throughout his entire career, and made him one of the most celebrated track owners and promoters in the country.

But above all of that, Bill Sr. was a family man whose love for the entire Bader family, and pride in the entire Bader family, shined as bright as the stars over the famous facility that he adored and was acclaimed for. He cherished them, and his love for them could be seen in the way he talked to them, looked at them, hugged them, cared about them, believed in them, and trusted them as they carried on his legacy with an astonishing amount of devotion and dedication.

From the moment Bill Sr. passed away at the age of 79 after an accident on his property in Idaho on the afternoon of June 26, the community has collectively wrapped their arms around the Bader family. There have been thousands of visits, phone calls, emails and text messages from people offering condolences, comfort, support and personal stories of Bill Sr. and Summit Motorsports Park. Each and every one of them has been monumentally meaningful to the Bader family, and to the Summit Motorsports Park family.