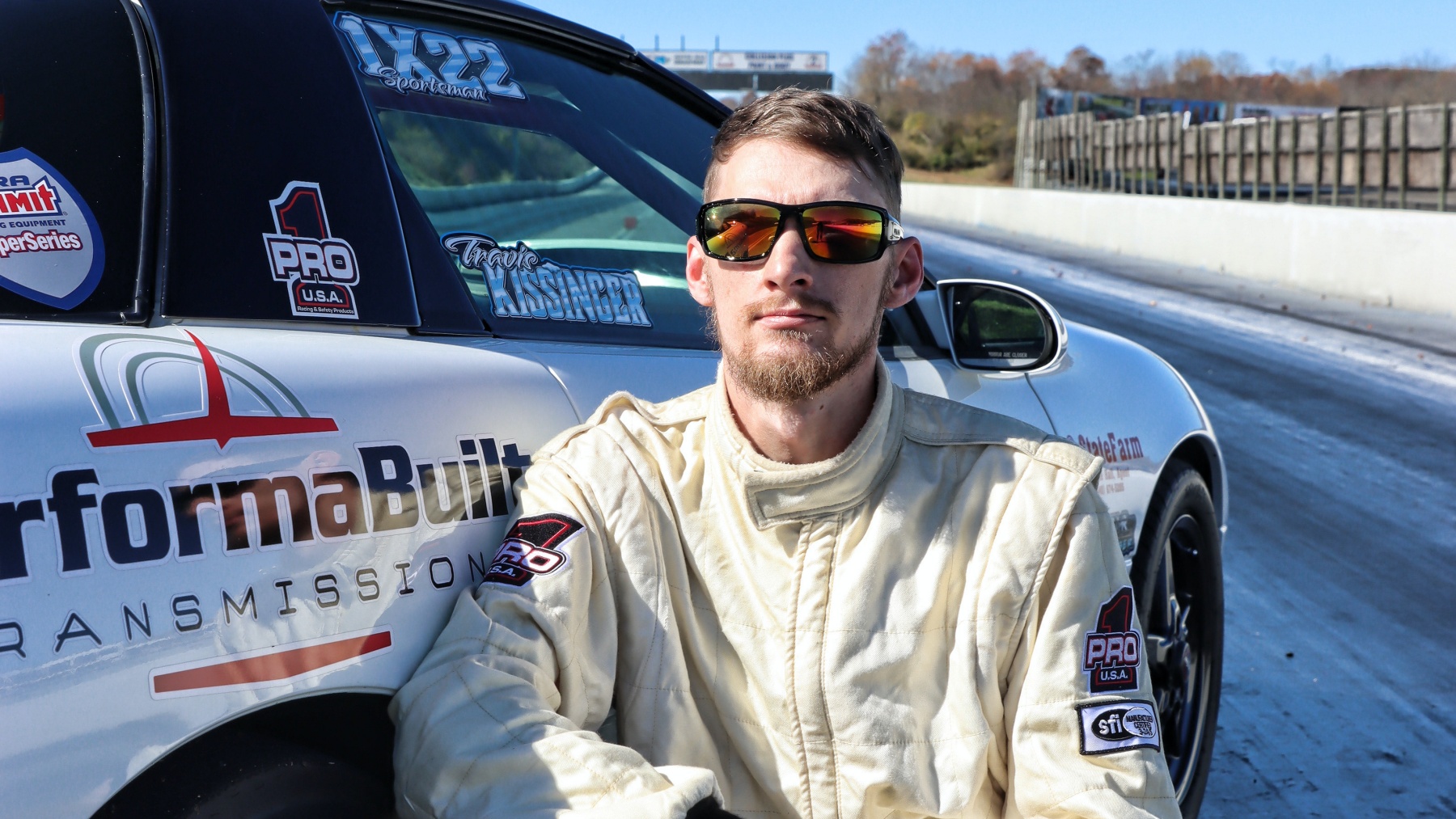 Travis Kissinger’s passion for drag racing and the automotive industry was instilled at a young age. He grew up working on cars with his dad and going to local racetracks with his family. As Kissinger grew older, he knew he wanted to go from the sidelines to driving his race car.

However, it wasn’t without trial and tribulation Kissinger had to face head-on from the start. He was born with a rare medical condition called “Proteus Syndrome,” which affects how certain body parts grow. Doctors said that Kissinger would never walk because of this disability, which left him with deformed and larger-than-normal feet.

Kissinger didn’t let his disability stop him and used his prognosis to prove everyone wrong. Through his faith in God, he learned how to walk and eventually how to drive a race car. “I honestly didn’t think I’d be drag racing,” Kissinger says.

“I was always into cars and loved Chevy Camaros,” he continues. “My first car was an ’87 Monte Carlo that my dad built for me. Eventually, I got my car – a ’99 Camaro that was my daily driver – I drove it back and forth to work. It has always been my favorite car.”

During the winter of 2020, Kissinger and his dad turned his daily driver, “Frostty,” into a race car to pursue his racing dreams. He then began his racing career in 2021 and hasn’t looked back.

During Kissinger’s rookie year, he notched six wins and four runner-ups, propelling him to win the Sportsman track championship at Motor Mile Dragway in Radford, Virginia. Additionally, he finished fourth in the points at Elk Creek Dragway and was the Sportsman champion for the Southwest Virginia Coalition. Kissinger’s success qualified him for the IHRA World Finals, where he finished in the top 10 in the world in the Sportsman class.

Kissinger rode his wave of success throughout the 2022 season as well. He raced to three wins and some runner-up finishes, earning him the Sportsman track championship for the second year in a row. Kissinger punched his ticket to the IHRA World Finals again, where he finished fourth in the nation in his class.

The 29-year-old is on the hunt for a solid 2023 season and plans on building a new race car to drive. Part of his plan is to compete in some Footbrake races on the East Coast, including the World Footbrake Challenge at Bristol Dragway.

“My goal next year is to win another track championship, which is very hard because of the competition,” Kissinger says. “Another goal is to win that world championship.”

When Kissinger isn’t on the track, he combines his love for drag racing and marketing to help small businesses. Additionally, he wants to be a standout role model, both off and on the track.

“I want to be a role model for the younger generations, especially those with disabilities,” says Kissinger. “I want to be there for those people, and I want to be a positive figure in my community.”

Kissinger’s last bit of advice is, “Always be yourself and never sell yourself short. You can always do what you set your mind to, even if it might be different from somebody else’s. Anything is possible.”