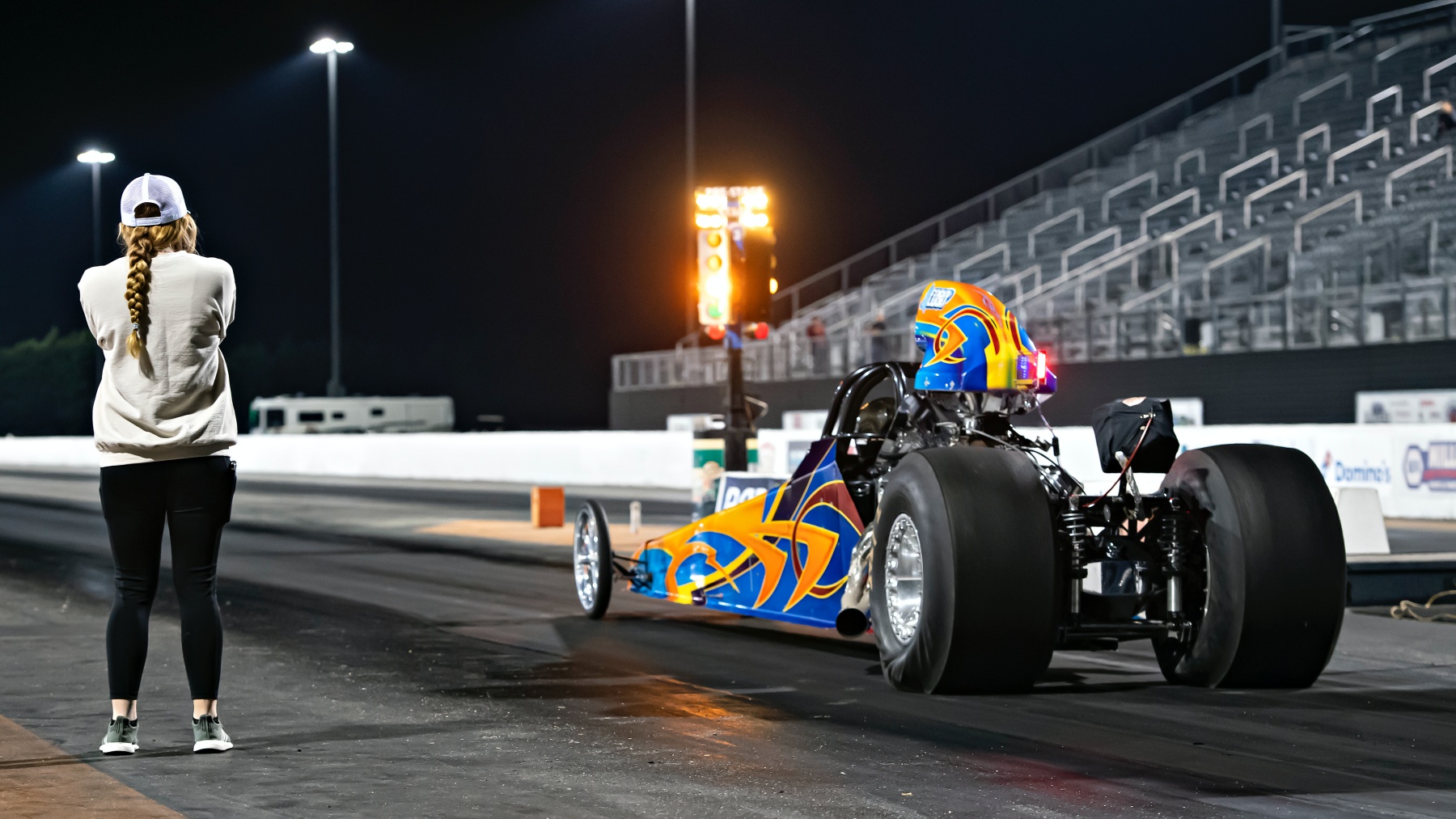 Sean Serra’s life was cut short when he passed away in a tragic car accident in July 2022. At 27 years old, he was one of the best up-and-coming bracket racers in the industry. Serra’s resume looked like one of a seasoned drag racing veteran. He had $100K to $20K wins, and his scorecard was peppered with runner-up finishes, as well as a $500k semifinal.

Serra was known for his positive outlook on life and any challenging situation he encountered. “He could usually figure out the best of the situation, even when everything was going against him,” explains Sean’s brother, Jeff Serra, himself an accomplished bracket racer.

“He never quit,” Sean’s girlfriend, Allison Lloyd, adds. “He always made sure everyone else was OK and happy.”

At an early age, Serra fell in love with racing. At age 8, he hopped into a Jr. Dragster and never looked back. “He was pretty much always racing as soon as he got into one of those things,” Jeff says.

During Serra’s time racing Jr. Dragsters, he won the NHRA Junior Drag Racing League Eastern Conference Final in 2008 at Bristol Dragway. In 2012, the talented racer made the jump to his bracket-style dragster. 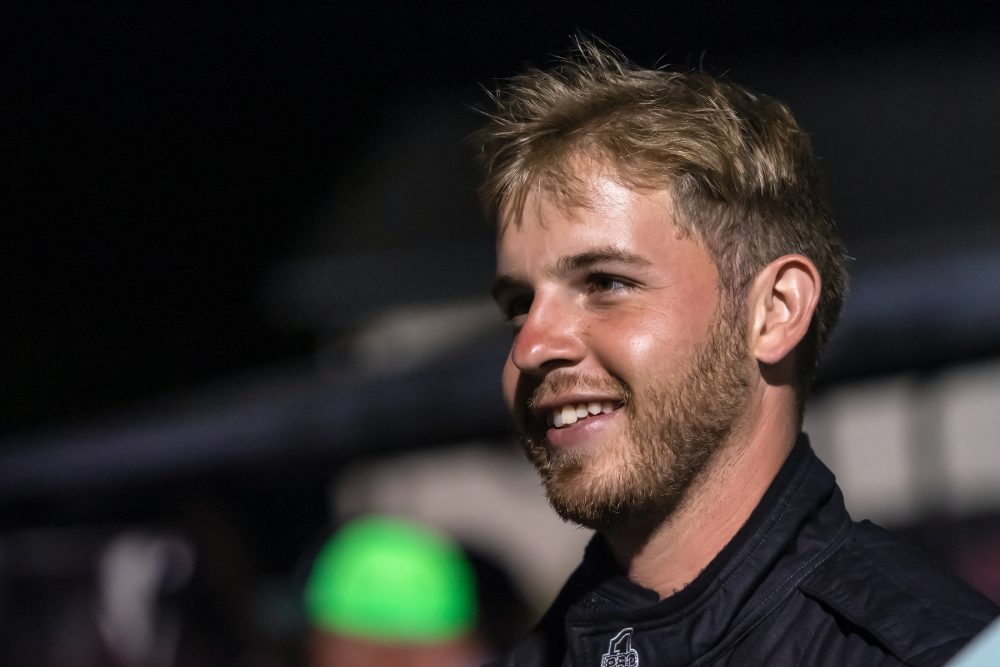 Serra’s love for racing even led him to an entire world of drag racing outside the United States. Half Scale Dragsters invited him to Doha, Qatar, where he helped out as an instructor with the Jr. Dragster program. Sean even won an Arabian Drag Racing League championship in Qatar.

Then later, he met Allison Lloyd, a fellow bracket racer, through their love for drag racing. “He was the best thing ever. I met him right after I was getting into big cars,” she says. Lloyd had a successful career as a Jr. Dragster competitor. She started when she 12. “My family has always raced, and I grew up at the racetrack,” she adds.

In 2017, she moved up into her big dragster. It was during this time when Serra and Lloyd met in the fall. “I had to race him first round in a $10K my first year in the big cars, and we just started talking after that,” Lloyd says.

“I had a very successful Jr. career, and I couldn’t be more thankful for that. Big cars are a completely different world, and Sean taught me everything I know about that,” Lloyd explains. “He just really took me in as his student and taught me everything. He never missed me going down the racetrack and was there to cheer me up when I’d lose. Us racing together was our life.”

Serra made the move into full-size dragsters in 2012 with many accomplished wins over the years, including a $100K win at Darlington Dragway, a track that meant a lot to Lloyd as it was the first track they went to and hung out at.

Lloyd and Serra would travel the country together, going to big-money bracket races. It was just the two of them, with their dragsters and two dogs. “We went to Florida every year for the winter series, and we always went to Bristol together,” she says. They even won the couples race at Carolina Dragway in Aiken, South Carolina, this year. 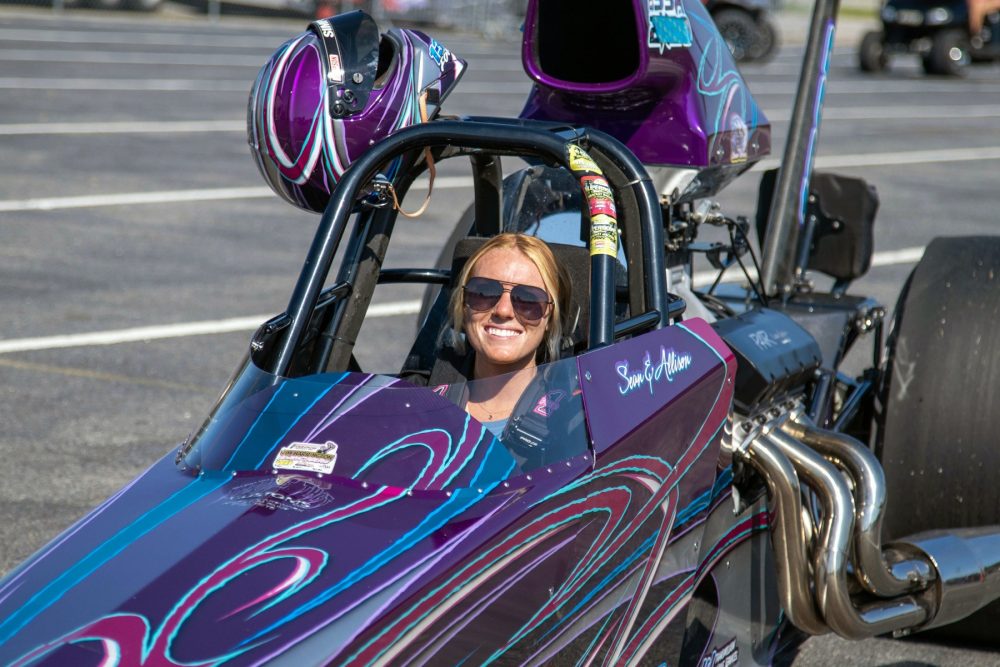 “Racing was his whole world, and he was good at it,” Lloyd continues. Most recently, Serra won a $20K race and had a semifinal finish in the $500K at US 131 Motorsports Park in Martin, Michigan.

Now Lloyd, at 23 years old, has continued on their winning path. After Sean’s passing, she won the 2022 Virginia Motorsports Park track championship in Super Pro in his memory. “I felt like I needed to go and finish the race,” Lloyd explains, after losing a monumental race in the points battle earlier in the season. “I lost first round and came in second. I was so upset, and I remember calling him, and he told me not to worry about it; it will all work out. You’re going to end up winning this championship.”

As a matter of fact, another fellow bracket racer and past 30 Under 30 honoree, Kyle Cultrera, dedicated his win to Sean’s memory. Cultrera drove one of Serra’s dragsters and won the $100K race at National Trail Raceway that Serra won in 2021.

Serra, posthumously, and Lloyd are now adding another accolade to their extensive resumes. “This is a huge deal for Sean and me because we talked about Drag Illustrated’s 30 Under 30 every single year,” she explains. “It was a really big deal when I found out we were both included.”