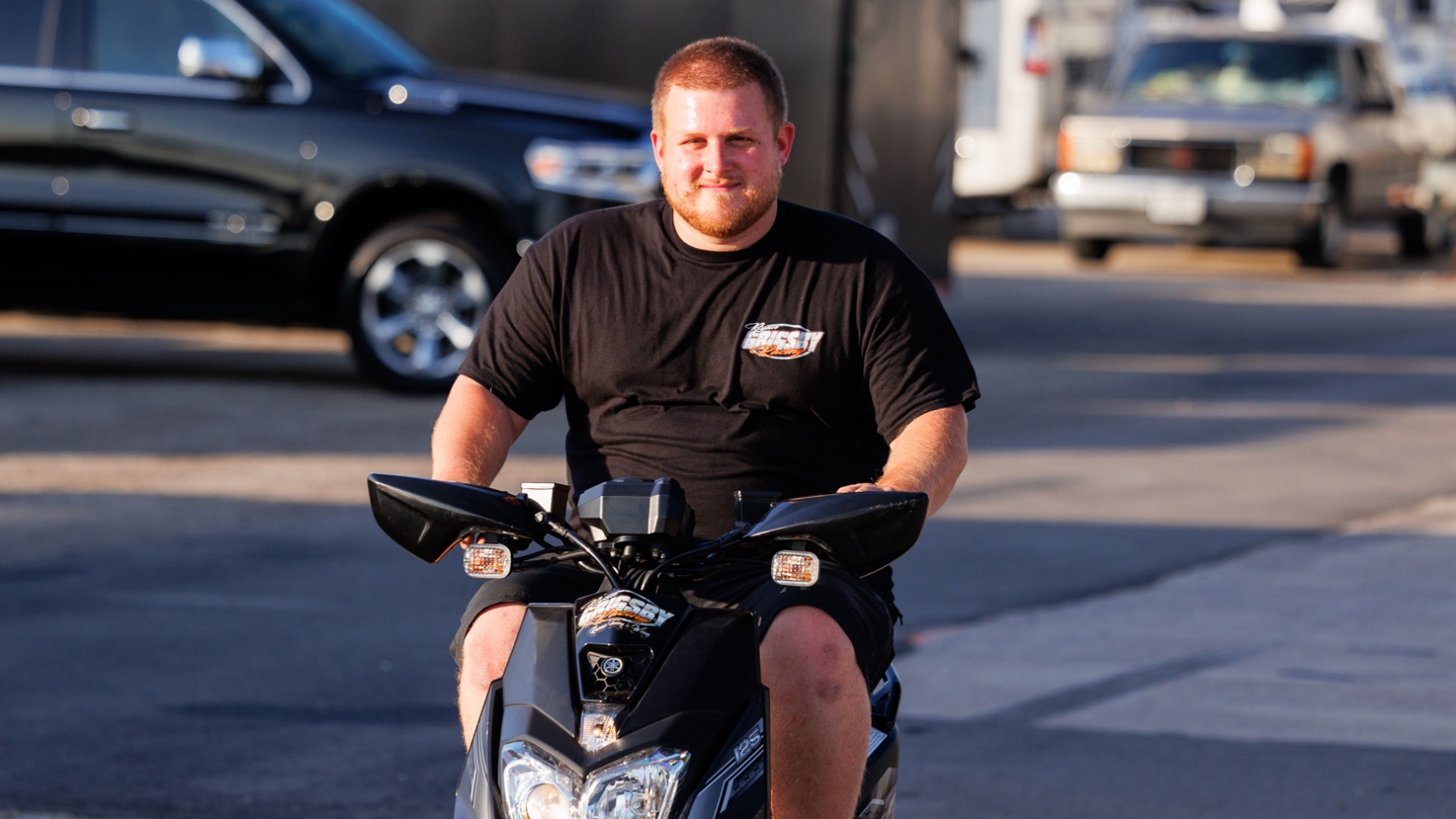 One of Ryan Grigsby’s first jobs out of high school was working on “Turbo” Todd Moyer’s Pro Mod operation, a solid base for what has become a promising career as a multi-talented tuner in the sport. After working on Moyer’s team for about a year and a half, Grigsby worked a short stint in the lucrative oilfield industry, but drag racing kept pulling him back in.

“Whenever I did the oilfield deal, I was still doing some racing between,” says Grigsby, 28. “I’d work four weeks on and come home for four weeks and try to do some racing between. Then you end up having to go out of town again and watch all your buddies go to cool races on the internet. It just was horrible, man. I couldn’t stand it.”

[Editor’s Note: This story originally appeared in DI #179, the 30 Under 30 Issue, in Nov/Dec of 2022.]
When Grigsby went back to work in racing, he did so at Taylor Lastor’s Texas Racing Engines (TRE) just months after a fire devastated the Cleveland, Texas, engine shop. Though he had some experience with EFI tuning and power management, he didn’t really have any engine building experience. He learned a lot over his five-year time at TRE, enough to have the confidence to go out on his own to start a race car tuning and wiring business, Ryan Grigsby Racing.

Grigsby now has around 20 different customers across various classes, but many of his clients compete in the grudge world, and nitrous-fed powerplants are his specialty.

“It’s a wide variety, mainly small blocks, but I have people with big motor stuff, like 959ci stuff,” Grigsby says. “Every type of car you can think of, honestly. G-bodies, small-block nitrous cars. I have a guy with a Pro Mod on 275s. Just a little bit of everything.”

In late October, Grigsby tuned Themo Diaz’s James Miron-driven Fox-body Mustang to the final-round win in the A-League shootout at the Small Block Stand-Off at South Carolina Motorplex. With over $50,000 on the line, it was one of the biggest small-block no-time races.

“That was a really big deal because there’s a lot of really smart people there,” says Grigsby, who also wired, plumbed, and mounted the engine in the car. “Stevie ‘Fast’ [Jackson] and Jeffrey Barker were there working on the car that we raced in the finals. Phil Schuler was there tuning on cars. [Past 30 Under 30 honoree] Ryan McCain was there tuning cars. There’s a lot of really smart people working on a lot of these cars and they all have really good equipment, just like we do. Being able to win was a big deal for me, especially with the short amount of time we had on the car. It’s just going to continue to get faster and faster.”

With a steady customer base and a packed schedule, Grigsby is well on his way to accomplishing his goals.

“I want to just continue to grow my brand and grow in a place that someone could drop their race car off and pick it up and go to the racetrack in a timely manner,” says Grigsby, who’s building a race car of his own. “And hopefully grow it to where I can have a more stable schedule. In the grudge world, it’s weekend to weekend. I jump around a lot right now, so just to grow it into something with more structure would be awesome, to be able to maintain a life and support a family, you know what I mean?”