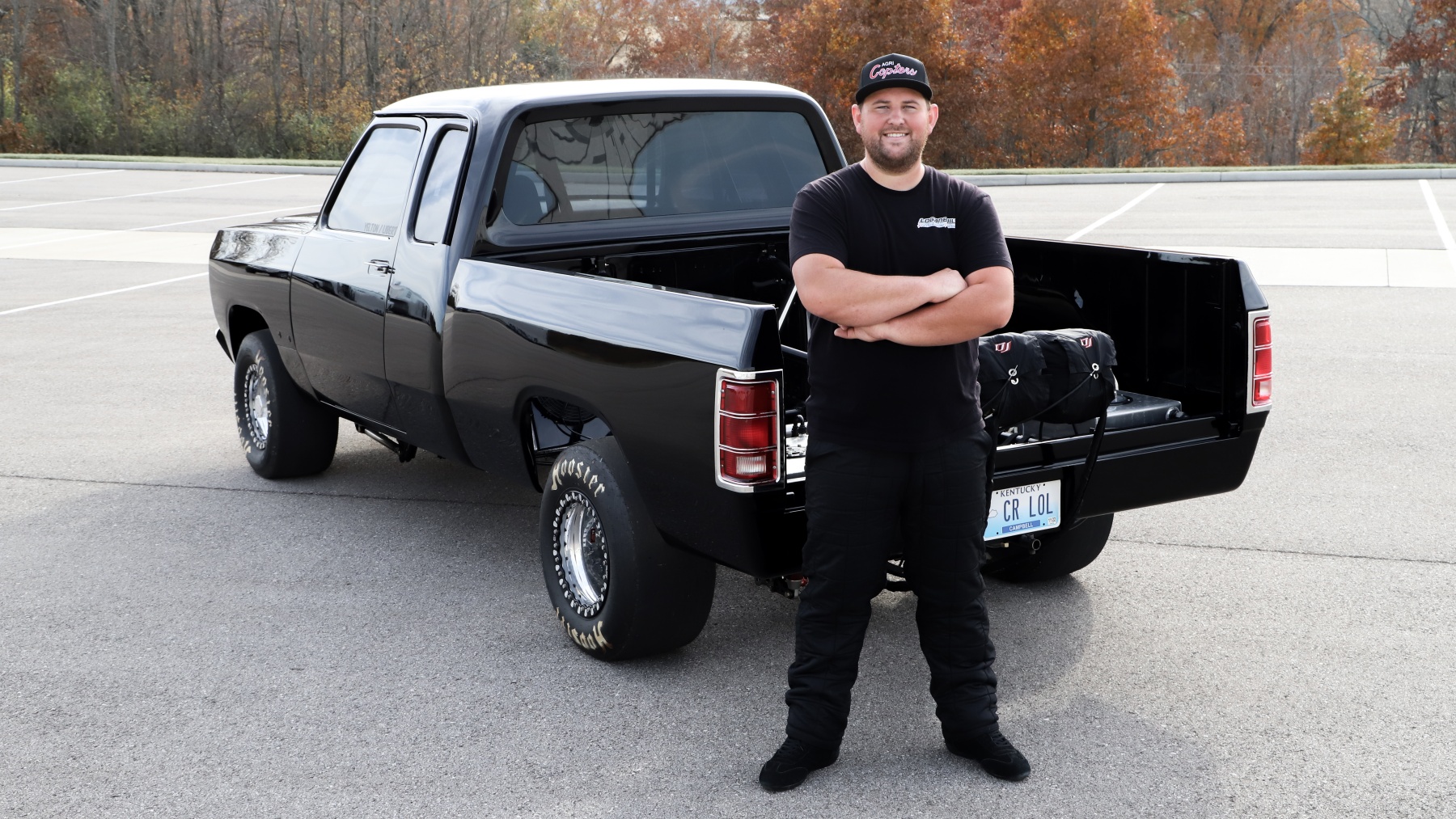 Logan Yelton might specialize in building transmissions – for high-horsepower diesel applications, to be specific – but his skills also extend to fabricating, chassis building, chassis setup and tuning, engine building, power management, and more. He can build parts, read data, and drive. Yelton, 29, will do whatever it takes to follow his racing dreams, and a big part of that is knowing how to do as much as possible himself.

“I don’t care if I’m driving a 4-second 4×4 or sweeping a pit mat off – every bit of it matters and I love every part of it with every fiber in my being,” says Yelton, a third-generation racer. “I’ve never had any sort of big budget or financial backing. The more stuff that you can do yourself, the more money you save. Plus, what you learn through that process is that it’s not just saving money, but it actually helps your entire program because nobody cares about your race car like you do. So, the more stuff that you can learn on your own, the better your entire program is going to be.”

Growing up around his father’s paint and body business, Yelton always had an appreciation for nice-looking stuff. That’s evident in his 1993 Dodge Ram 2500, a truck he drove to high school and now races. It’s not flashy, but it’s clean with an attention to detail that fellow craftsmen will notice. It even appeared on the cover of Diesel Power magazine in 2013.

“I wanted to go from the burnout box to the finish line as professionally and as quickly as possible and not focus so much on the E.T. because that will come later,” says Yelton, who’s dipped into the 5.70s in the eighth mile with the truck. “That was what I did accomplish this year: I have a really nice-looking program now, to where next year, I want to hit it hard and probably run the Outlaw Diesel Super Series.”

Yelton is all-in on the diesel racing world. In 2018, with the support of his business mentor, JP Libert, Yelton launched his own transmission business, Loganbuilt. He developed new products and improved others, including trans-brakes, converter dump valves, aluminum clutch drums, and custom ratio gear sets.

“By the end of 2019 I even developed my own SFI-tested and approved flexplate shield, which had never before been done for the 47/48 platform,” Yelton says. “The 47/48 platform was stalled out and falling off before I got invested in it. Things were tried and failed and a lot had given up on it. Today it is thriving, and 90 percent of my business the last year and a half has been 1,000-plus-horsepower to full race-only builds.”

Yelton’s commitment to the 47/48 platform extends to the racetrack as well. Driving Libert’s ’07 Dodge Ram in Radial vs. the World at No Mercy 11, Yelton recorded a 4.973-second pass at 142 mph in the opening round of eliminations. It was no match for Melanie Salemi’s blistering 3.556-second blast, but that wasn’t the point. It was one of the quickest passes in 4-wheel-drive diesel history.

“I can’t even put the emotions into words, but it was one of the greatest highlights of my life,” Yelton says. “At that time, it wasn’t enough for the overall 4×4 diesel record, which just six months beforehand had fallen to a 4.82. But it was the quickest pass of any 47/48 transmissions, which made me proud. On that day I became one of only five people to ever run 4s in a 4-wheel-drive diesel. To this day there has only been six people to accomplish the feat.”

Though he credits mentors like Libert for showing him the ropes, Yelton also says he had to learn a lot through trial and error because there are no guidebooks or instruction manuals for his niche. He’s now helping others, especially fellow young racers, find their way through the diesel racing world with his YouTube channel, where he offers a behind-the-scenes look at his racing and business efforts, as well as technical explanations.

“If you’re going to be invested in drag racing, you have to get the next generation of people in,” Yelton says. “You’ve got to be transparent and put it out there and show your struggles. I don’t care who you are, everyone makes the wrong calls sometimes.

“I tell people all the time that if one person quits, it doesn’t just affect me as the transmission guy, it affects the engine builders, the injector companies, the turbo companies. Everybody across the board just lost one customer. I think it’s our job, as people already in the sport, to be ushering in the new people and showing them why it’s worth all this time and money and investment.”