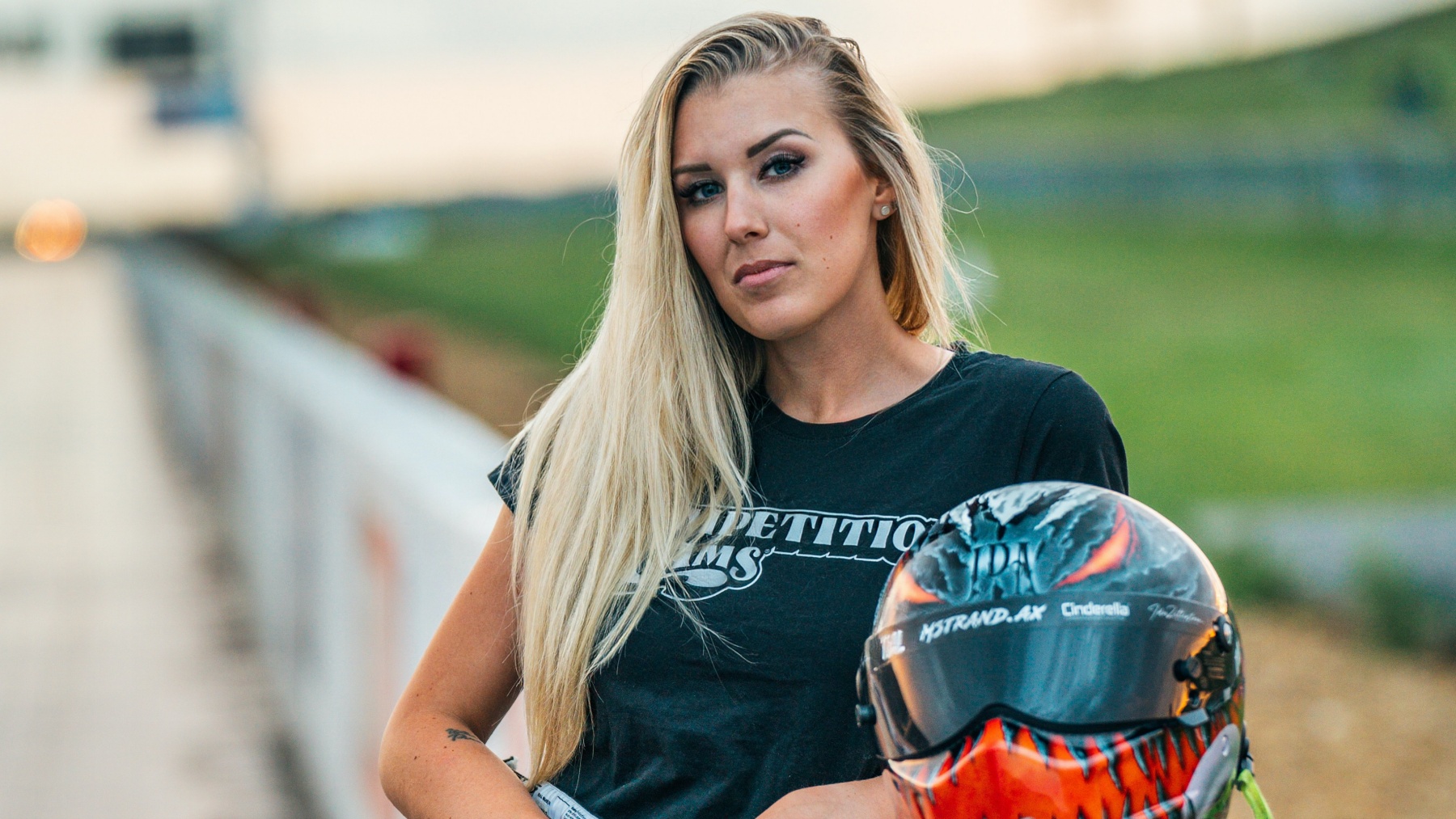 Ida Zetterström was practically born into drag racing and was just 3 weeks old when she attended her first race. Born in Sweden, Zetterström now resides on the Aland Islands of Finland and pursues the European FIA Top Fuel drag racing championship in one of the quickest entries the circuit has ever seen.

“I’ve always been intrigued by fast speeds and loud cars,” says Zetterström, 28, whose father raced in various categories, including Pro Stock and Pro Modified. “Growing up, roller coasters and all things you could drive were always a favorite of mine.

“The thing that [first] drew me to drag racing was basically just the speed and the adrenaline. But as I grew older and advanced through the ranks, I really fell in love with the competition, the mentality needed, the strive for perfection, and the various challenges of the sport. It became an even bigger love than I could have imagined.”

Zetterström raced Jr. dragsters from the age of 8, then at 16, she licensed in Super Comp and raced a few events with dreams of Top Fuel. Without the resources to continue, however, racing was put on pause.

Sparks reignited, though, when Zetterström – an electrician by trade – joined boyfriend Kim Hilander on the drag bike scene. Initially, she was a crew member, but later she and Hilander launched their own two-motorcycle European Super Street Bike team.

“It was a huge challenge, as I did not have any experience racing bikes prior, and there was a lot to learn,” she admits. “These bikes run on a 68” wheelbase with no wheelie bar. I ran a 750hp turbocharged Hayabusa, and it was wild. But I put my full focus on the mission, and in my third season we ended the year as the 2019 champions.”

With the accomplishment of being the first woman and the then-youngest person to win a championship in Super Street Bike, Zetterström was on her way. At the conclusion of the coronavirus-restricted 2020 season, the team claimed the championship in the Finnish series; set a track record in Kauhava, Finland; and clocked the second-quickest E.T. in Europe (at that time), a 6.88 at 215 mph.

Zetterström’s personal best top speed of 215.55 mph was also the highest mph a woman had recorded on a drag bike, and her scorecard will forevermore include the fact that she was the first woman to ride into the 6-second zone and first to eclipse 200 mph on a no-wheelie bar drag bike in Europe.

“But at the end of the 2020 season, I knew I wanted to shift my main focus back to my biggest goal,” says Zetterström. “I talked to [European champion] Anita Mäkelä and got the advice to reach out to Rune Fjeld Motorsport and see if there was an opportunity to start the Top Fuel licensing process with them.”

Zetterström earned her Top Fuel license in 2021 in spectacular fashion, running the quickest FIA licensing pass on record at 3.86. She qualified for the shootout race that weekend at Santa Pod Raceway and took home the event win.

The accomplishments have continued to stack up in 2022 as Zetterström earned her first No. 1 qualifier award in FIA Top Fuel, set the European record running the first – and, so far, only – 3.70-second pass in Europe (3.78), and claimed her first FIA Top Fuel event win at Sweden’s Tierp Arena.

“I’m most proud of the teams I’ve gotten to work with and the bonds we have created together,” says Zetterström. “Having a strong team that works well together and can perform under pressure is one of the main keys to success.

“The big, long-term dream is to be in NHRA, running for a championship one day. Top Fuel and drag racing are what gets my heart racing, and the goal is to be around it fulltime.”