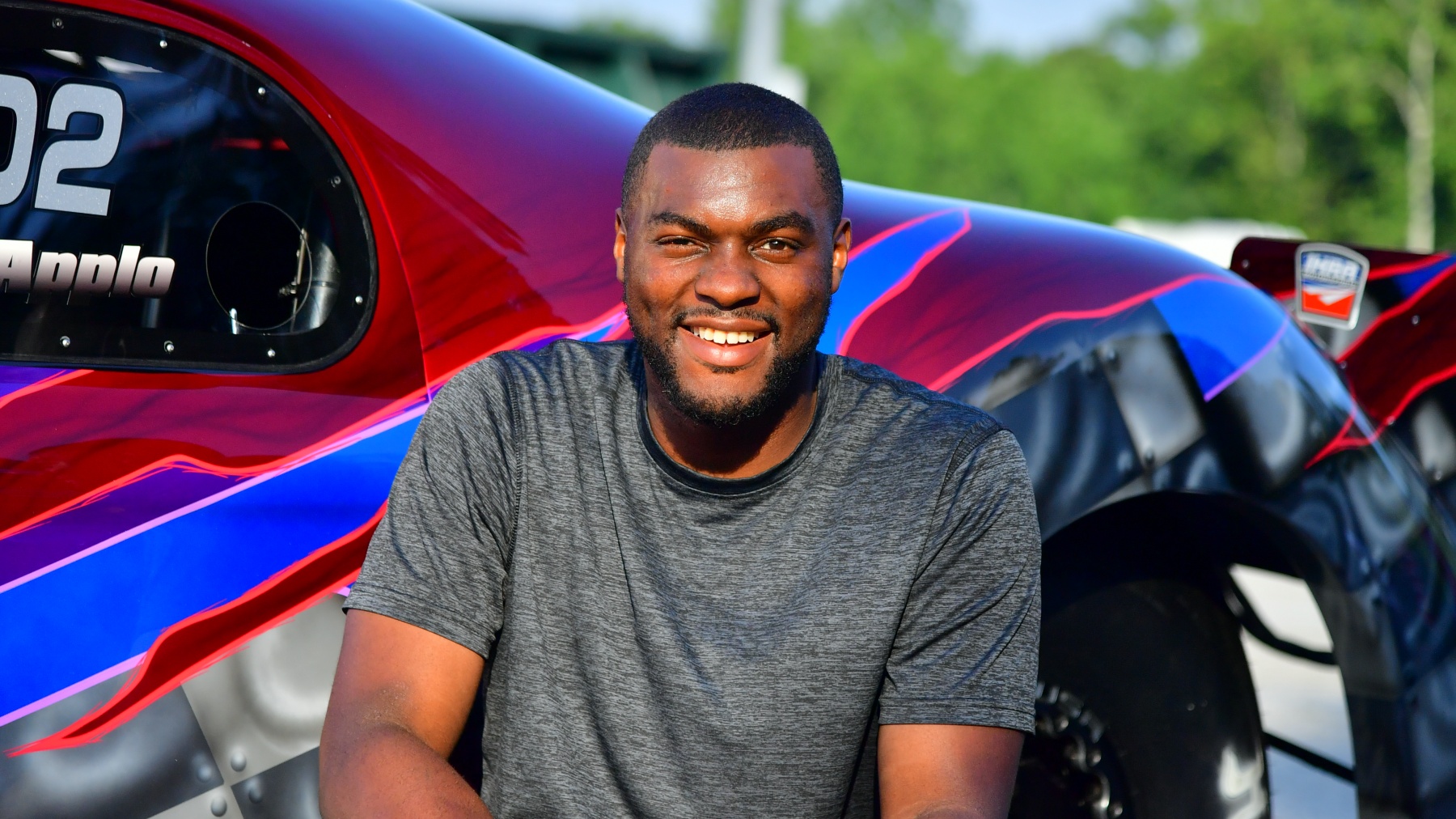 Gerrell Applo’s entrance into the drag racing world through bracket racing at age 16 has led to big opportunities, and if things pan out the way he hopes they will, even bigger opportunities are on the horizon for the Waldorf, Maryland-based driver.

From that bracket racing beginning, Applo moved into no-time racing. He raced on and off in bracket racing and no-time racing while also helping out on the crew of multiple local Pro Mod teams. One of those cars belonged to longtime family friend Marcus Johnson. Johnson saw potential in Applo and offered him the opportunity to drive his nitrous-fed, Fulton-powered “Bad Dog” ’41 Willys. Applo started driving the car in 2021 to get comfortable before running a full schedule this season. He picked up a couple wins and finished third in the NT Keyboard Nationals Big Tire series.

Applo’s efforts haven’t gone unnoticed. He also helps out on the Ford brothers’ Derrick Ford-driven ’68 Camaro in NEOPMA and PDRA Pro Nitrous competition, and he’s received compliments from some big-name drivers and tuners who follow his racing endeavors online. It’s made Applo realize how fortunate he is while providing motivation to keep going.

“Opportunities are like a gold mine for me,” says Applo, who credits his parents, General and Tracey, for getting him started in racing and supporting his goals. “Once you get the opportunity, you’ve got to cherish it because you might not get another one. I just try to stay humble. People are starting to notice me – people I didn’t expect to notice me – but I have to just continue to be humble because you don’t know who might walk up to you.”

Now 28, Applo is looking for the next opportunity to level up. He has around 30 passes under his belt in the Pro Modified-style Willys, and hopes to move into a heads-up Pro Mod class in the near future, possible as soon as 2023.

“I want to be one of, if not the youngest black Pro Mod driver,” Applo says. “That’s why I say I want to go to the next level. If I can run NHRA Pro Mod or PDRA Pro Nitrous or Pro Boost, that’d be wonderful.”

In the meantime, Applo has plenty on his plate. He’ll continue to crew on the Ford brothers’ Pro Mod entry, as well as a grudge car, and he’s working on getting his personal car, nicknamed “Baddgoat,” back out on the track. The opportunities are abundant, and Applo is grateful.

“I definitely want to thank Marcus Johnson for giving me the chance to drive his car and get to where I’m at,” Applo says. “Also, Jack Ford for teaching me everything I know about a Pro Modified; Jeff Rodgers, Daniel Ravenscroft, and all the other people that helped me along the way.”