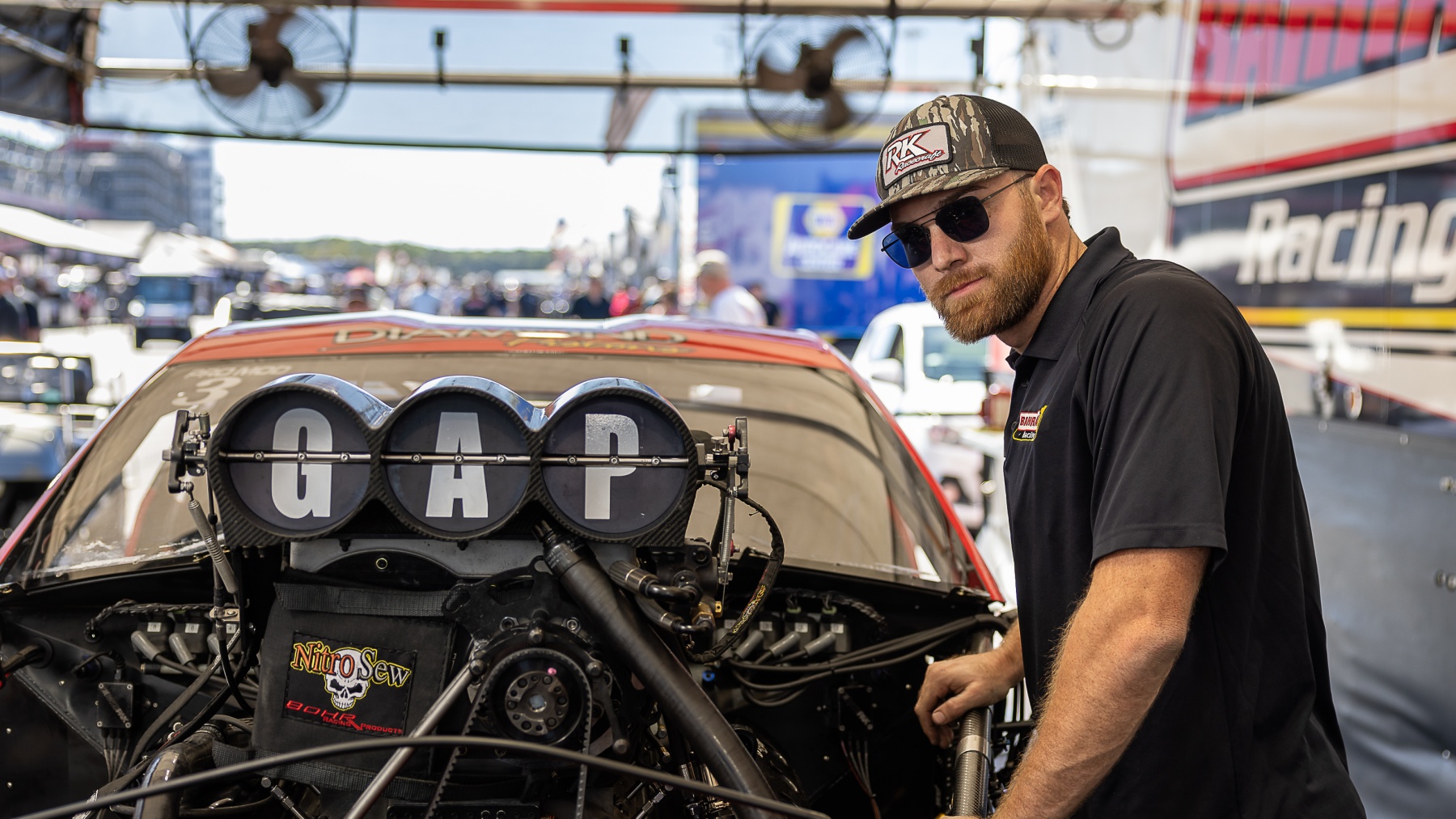 Cord Collins has a baby photo of himself perched atop an engine with a paper plate “steering wheel” in his hands. Now 29, he’s living out his childhood dreams of working in racing on a professional level as the engine guy on Stevie “Fast” Jackson’s championship-winning NHRA Pro Mod team. It’s taken a journey of twists and turns, but Collins finally ended up where he was meant to be, and he’s not stopping now.

Collins’ father, Gary, had an Outlaw 10.5 car when he was younger, but go-karts and round-track racing interested Collins at first. He even enrolled at NASCAR Technical Institute in Mooresville, North Carolina, before quickly realizing it wasn’t for him. He then worked at Goodridge Racing, where he put together fluid lines and hoses for many of the Pro Mod teams located in the Carolinas. 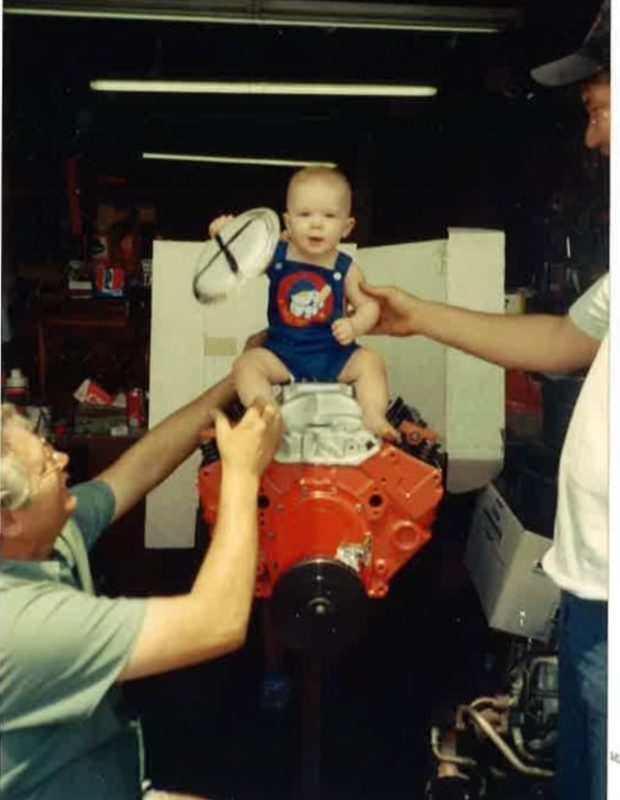 That turned out to be a networking opportunity more than anything, as it led to working on a couple different teams, including eight or nine months doing the clutch on Steven Whiteley’s Pro Mod before Collins had to return home to Florida to help his dad through some health issues. Once that was handled – and the COVID weirdness of 2020 passed – Collins got back into racing. He landed a position on Jackson’s team with some help from Robert Jonsson, who worked with Collins on Whiteley’s team before joining Jackson. Collins started with Jackson’s team in January of 2021 and immediately went to work learning the ins and outs of the car.

“I had very good leadership along the way being around Phil Shuler every day and Stevie every day, and Billy Stocklin would answer any question I had,” Collins says. “Billy would do it in a way of if I thought I had a stupid question, no question was stupid. Phil was probably my favorite to learn from because if I messed something up, he wouldn’t make you feel stupid about it, but he would joke with you about being stupid for doing that. Then he would turn it into a learning experience. He would make it a lesson.”

Collins has proven to be a quick learner, handling the engine maintenance as his primary role. But he also drives the race rig, sets up and tears down the pit area, builds rear ends, helps Jackson with transmissions, and anything else that needs to be done. He also works with Jackson in the shop full-time, which can be a 40-hour workweek during quiet parts of the season and upwards of 100 hours when they’re in thrash mode. The team has been shorthanded since longtime crew member Jack Barbee retired in the spring of this year, so it’s usually just Jackson and Collins in the shop.

All the hard work – and tough breaks earlier in the season – paid off in September when Jackson won the Betway NHRA Carolina Nationals at zMAX Dragway.

“It made me pretty emotional,” Collins says. “It was hard. That was my first event win kind of running the show, running the starting line, lining him up, all that stuff. Before that, that was Jack’s deal. It wasn’t a day where we got lucky. Stevie left on everyone that day, and we outran everyone that day. We burned an engine up in Q2, I think. We were building engines, thrashing. That was my biggest weekend I’ve had in racing so far, for sure.”

Collins intends to continue learning everything there is to know about high-level doorslammer racing, with the goal of someday tuning a car. Beyond that, he wants to create a platform for other mechanically minded young people to find their path into drag racing, drawing from his own experience.

“You can make a good living doing whatever it is you know want to do,” Collins says. “If racing’s that for you, then you can make a very, very good living racing. You can make a good life, and you get to experience a lot. I would like to create a resource for younger kids to be able to get into racing, and help them find trade schools and find the right route for them. First and foremost, I have to make something of myself and make a name for myself to have a platform to use.”