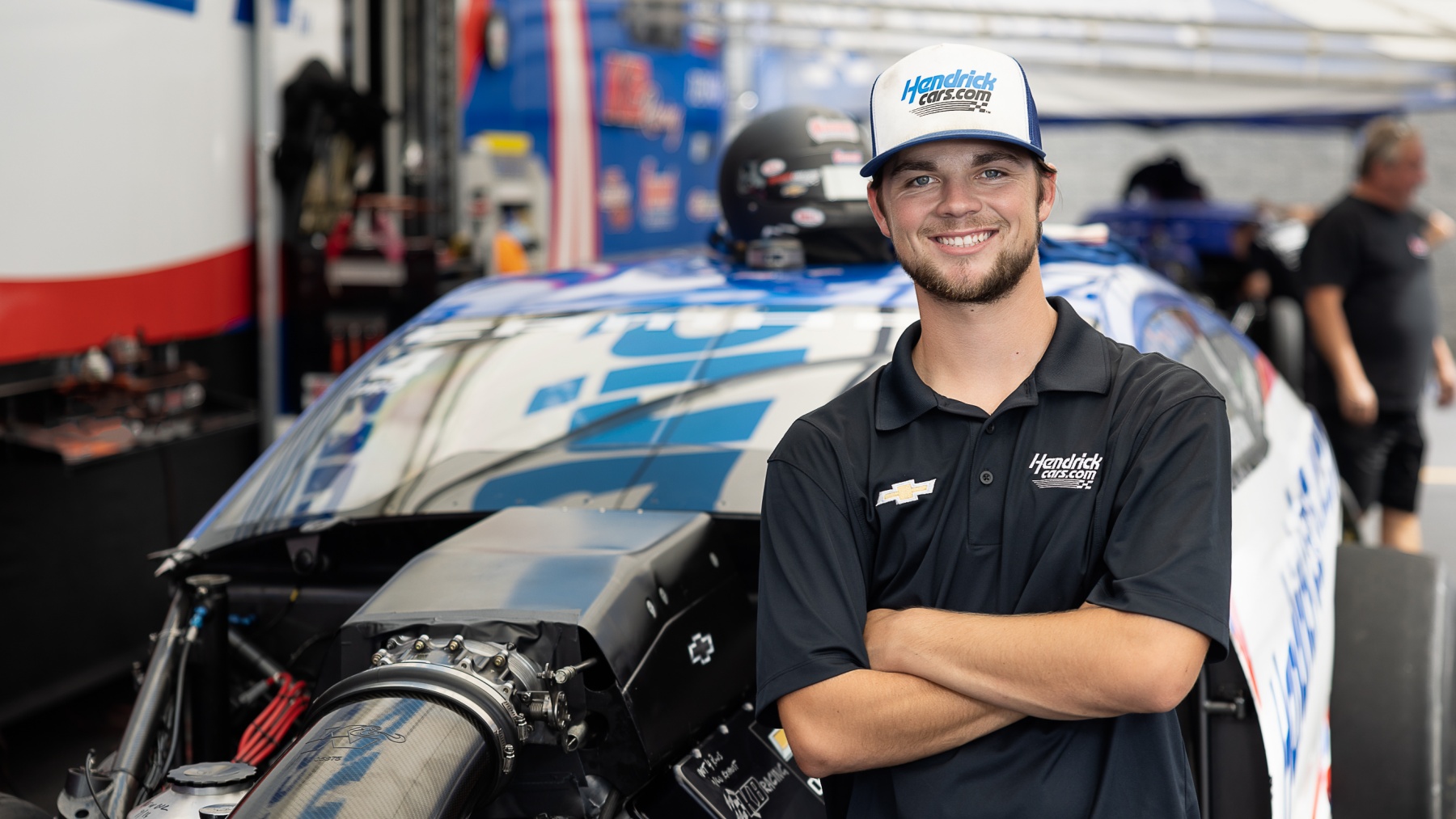 It’s been said that we’re each a product of our environment. This feels quite true as one observes Cody Anderson setting a rear tire in place just steps from where his father, Greg Anderson, leans into the engine compartment to unbolt a valve cover. Anderson is a five-time world champion and the most winning Pro Stock driver in history; it makes sense that his son would follow in his footsteps into the racing world.

For a long while, though, Cody was just a kid doing normal kid things while also watching his dad race for Pro Stock glory.

“I don’t think I really showed much interest in racing until my late teens,” says the now 24-year-old. “This has always been the life that I’ve known, but when I was little, I was just running around doing stupid stuff. As I grew up, I played a lot of sports – mostly baseball and golf – but I never really thought about the whole racing scene.”

The one thing that the Anderson men most certainly had in common, even when Cody was very young, was a competitive streak.

“That really came out when I started to get more involved, learn about the cars, and start to understand the whole ‘team aspect’ in drag racing,” Cody explains. “I love the competitiveness of drag racing, and I really love the drive to get better and better each week. It’s fun to be part of.”

Although golf still has hold of his heart and he plays as often as he can, Cody has gradually become more and more involved in the daily operations of the race team.

At the track, the youngest Anderson is actively involved in maintaining the back half of the HendrickCars.com Chevrolet Camaro his father drove to the 2021 Pro Stock championship and his milestone 100th win earlier this year at the U.S. Nationals in Indianapolis. The crew that is dedicated full-time to the HendrickCars.com Pro Stocker is relatively small. Aside from the engine, Cody and D.J. Minter are the primary crew members who maintain the car.

Cody also has a fulltime job at Mooresville, North Carolina-based KB Racing, where he is mostly stationed in the car shop, tearing the cars down between races and making sure they’re properly serviced.

“When that’s done, I go to the engine shop and help my dad tear down engines,” he says. “I’m learning a lot – something new every day.

“People always ask me if I’m ever going to drive, and I have not driven a race car. Maybe I’ll get behind the wheel one day, and maybe once I do, I’ll want to pursue that. But I’m happy to continue working on the car and enjoying the team aspect of this. It’s also just really cool racing with my dad. I enjoy winning, and seeing him succeed gives me joy. What’s most impressive is watching his drive every single day. It inspires me to thrive. I want to be like that.”