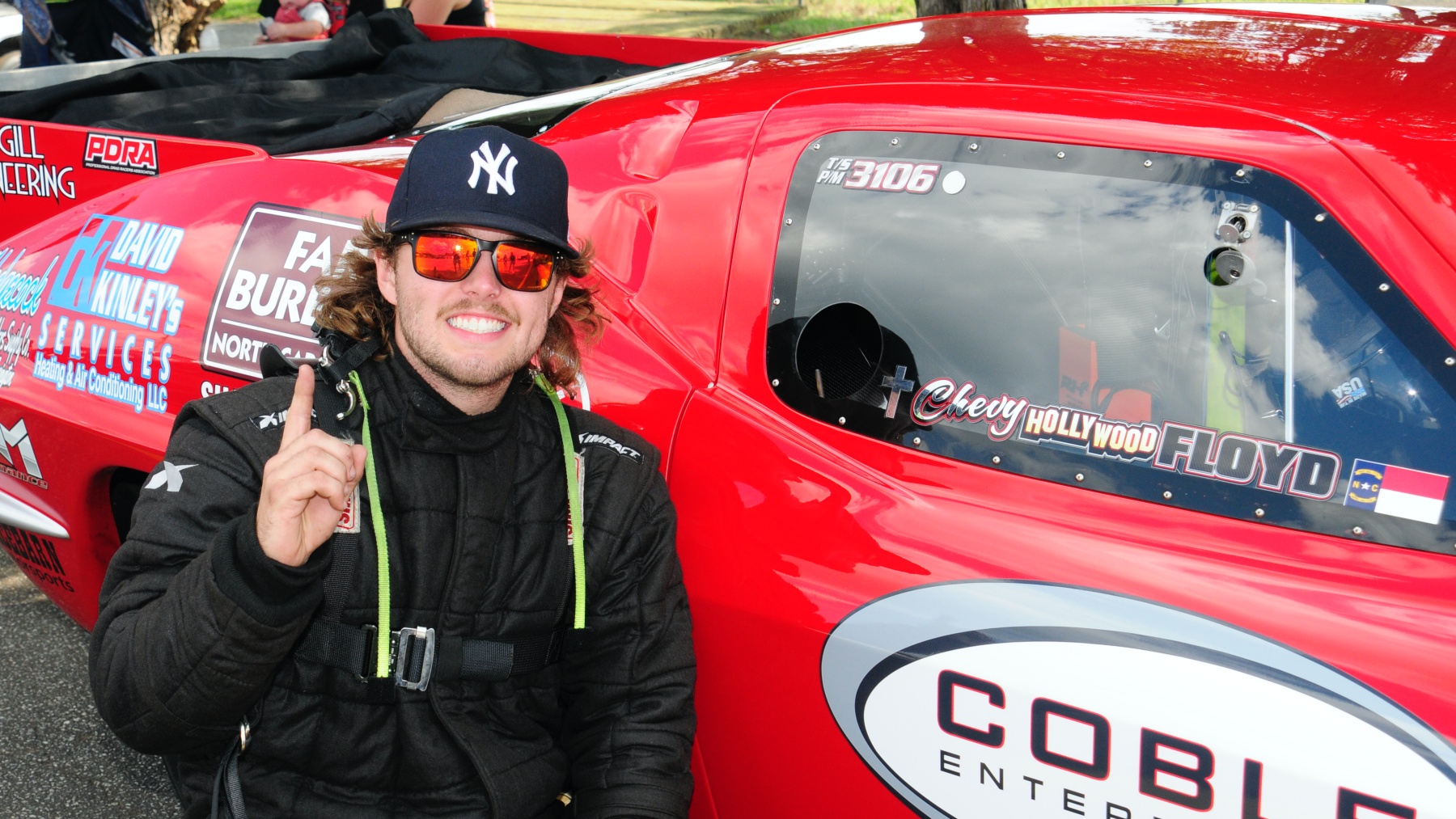 Former Jr. Dragster racer Chevy “Hollywood” Floyd confesses he didn’t really hit his stride until he got into “big cars,” starting out in bracket dragsters before stepping up to his father’s Camaro in local 4.70 index races. He won a handful of races and finished second in the 4.70 points series in his first season.

After that strong debut season, the Floyds purchased a ’63 Corvette that Tommy Mauney built in 1995 for Mitch Stott. The car traded hands a few times, eventually ending up as John Lyman’s second “Lil’ Red” Corvette. Mauney updated the car with the latest technology several years ago, then the Floyds picked it up. It currently sports a 521ci Brad Anderson Hemi topped with a 14-71 supercharger. The combination is versatile, allowing Floyd to run anything from Farmington Dragway’s Mad Dawg 4.50 index series to Piedmont Dragway’s Big Dog Shootouts and PDRA Top Sportsman.

Floyd biggest accomplishment this season was winning the Mad Dawg championship at Farmington. Organized by Mark Joyce and Sandy Collins, it’s a 4.50 index series with several races throughout the season. Floyd went into the season finale leading the points with one win. He knocked out his closest challenger in the second round, securing the title.

“It’s so tough to win in that series,” says Floyd, who also has a PDRA Top Sportsman win to his name. “If you’re not .020 total or better, you might as well just leave it at the starting line. Any given Saturday that they have a race, anybody there has a chance to win it, that’s how good the cars are and how good the series has gotten. So for me to win that championship this year was incredible.”

Though it was Floyd in the driver’s seat, literally and figuratively, he realizes there are a lot of people who contributed to his success. Among them is VP Racing Fuels’ Freddie Turza, who first met Floyd at a local baseball game several years ago and has supported his racing career ever since.

But Floyd’s biggest supporters are obviously his parents, Keith and Candy. They’ve supported the rapid evolution of his career, and it’s Floyd’s mission to race on the sport’s biggest stages because of them. His goals include winning a Big Dog championship and someday racing in PDRA Pro Boost and NHRA Pro Mod.

“I just want to be successful and make it for my parents, man. That’s my goal,” says Floyd, who works in the custom home construction business. “My parents have worked their tails off for me. Had two jobs when I was growing up just so we could go racing. Now they work their butts off even harder. I owe everything to them.”