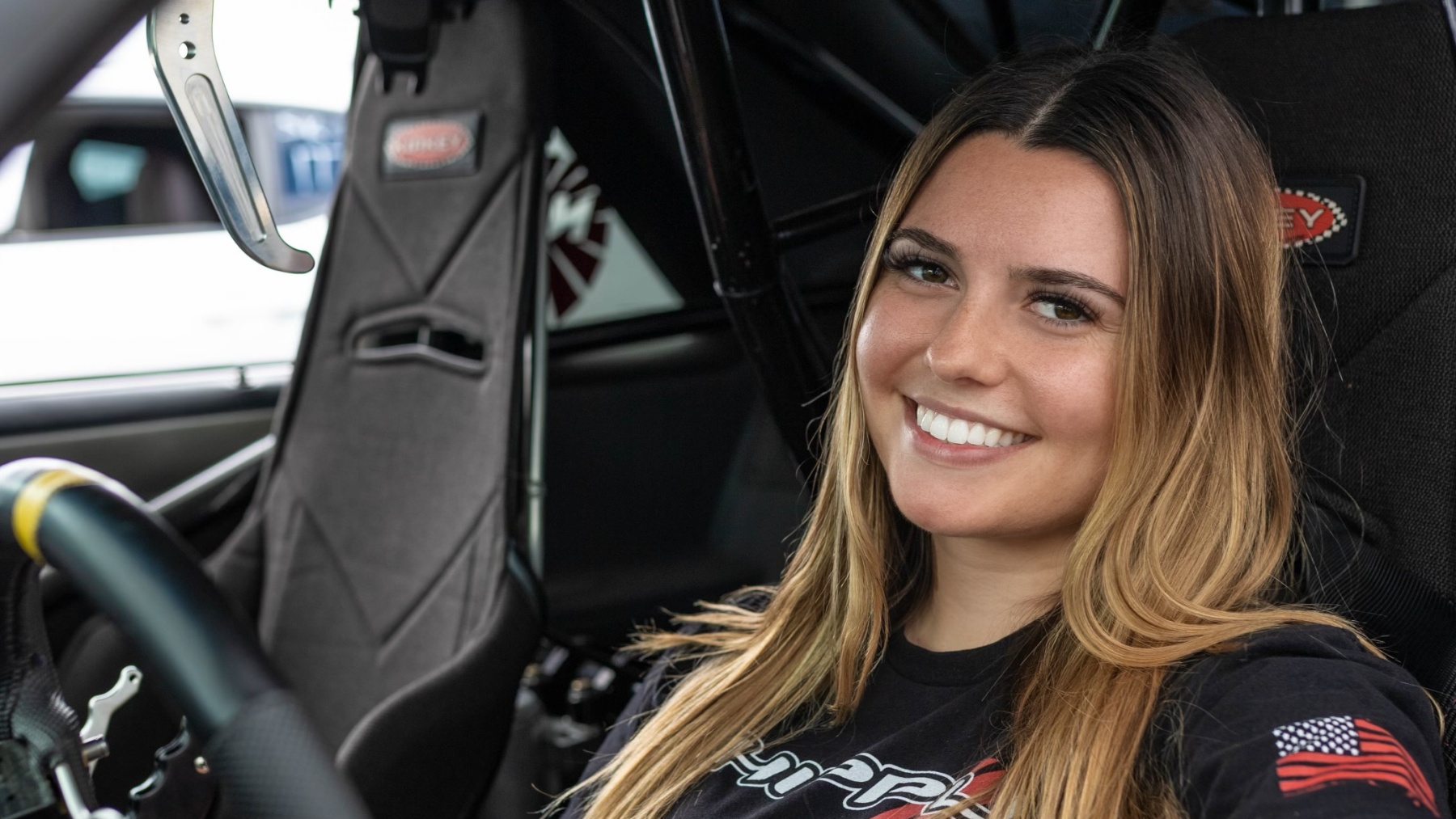 Autumn Schwalbe has racing engrained in her, just like the blue Ford flag that flies on the vehicles she’s grown up loving and racing. Her family laid the foundation of her love for motorsports, which played an intricate part in her upbringing.

Schwalbe entered her teenage years knowing that she wanted to race. Her parents were excited to teach her the “family business” and gifted her a Mustang key for Christmas in 2015. Not long after, Schwalbe spent many days at the track, testing, tuning and bracket racing. “I wanted to learn and be the best driver that I could,” Schwalbe explains.

Her persistence paid off, and she won her local High School Nationals championship, racing her beloved ’93 Mustang. Schwalbe then set off to college and majored in Automotive Aftermarket Marketing Management. During her time at Northwood University, she interned for Ford. First, starting with the Ford Performance Parts team as a freshman, then part of the Ford Performance NASCAR team the following year. As a junior, Schwalbe was part of the Ford GT brand team, which led to her graduating, and she was then asked to come back full-time.

Schwalbe never let racing out of her sight while staying focused on her career. As a matter of fact, she purchased a new race car – an ’89 Fox-body Mustang. “I really loved my ’93 Mustang, but I didn’t want to beat on it. I wanted to build another race car,” she says. The 24-year-old is currently in what she calls her “development year.”

“I have never taken baby steps when it comes to racing. I’ve always jumped in,” Schwalbe confesses. “This was development because I needed to slow down a bit.” However, she competed in a few NMRA events and even entered multiple classes. Schwalbe notched a 16th- place finish out of 45 racers in the Module Muscle Class and proved herself on the track against many male racers in the 8.60 Street Car Class.

“My plan for 2023 is doing the full NMRA series and adding in a few one-off events. I’d like to keep pushing myself to go fast,” says Schwalbe. She even licensed with the NHRA in 2021 – adding another accolade to her impressive resume.

Now, both of Schwalbe’s passions – drag racing and her successful career with Ford – are on an upward trajectory. Schwalbe recently worked on the Global Ford Performance Motorsport Marketing team traveling the country doing everything from off-road to on-track marketing.

She is currently part of Nameplate Marketing and Communications on the Ford Marketing Communications team, working on new vehicle reveals and content creation. Schwalbe even got to show off her ’93 Mustang at the all-new Mustang reveal and shared her story globally.

Schwalbe credits much of her success to her support system. “My parents and boyfriend have been so supportive with everything, from having a full career and then saying, ‘hey, let’s go to the track this weekend.’ I would not be able to do what I do without them.”

At the end of the day, Schwalbe wants to inspire the next generation of racers and those interested in the automotive industry, especially females. “Anyone – young adult or questioning to get into the automotive market space – do it. I would truly recommend going to Northwood University.

“My mission statement is to encourage and inspire females in racing and motorsports. If you are a woman working in the automotive field, don’t be afraid to speak up because what you say matters. We can do anything that we dream of,” she says.

The last bit of advice Schwalbe has is, “Work hard, save your money up, and it doesn’t just come all in one day. Be patient, but things all happen for a reason and getting into racing is such a huge and fun thing because you gain so many friends and family in the sport.”