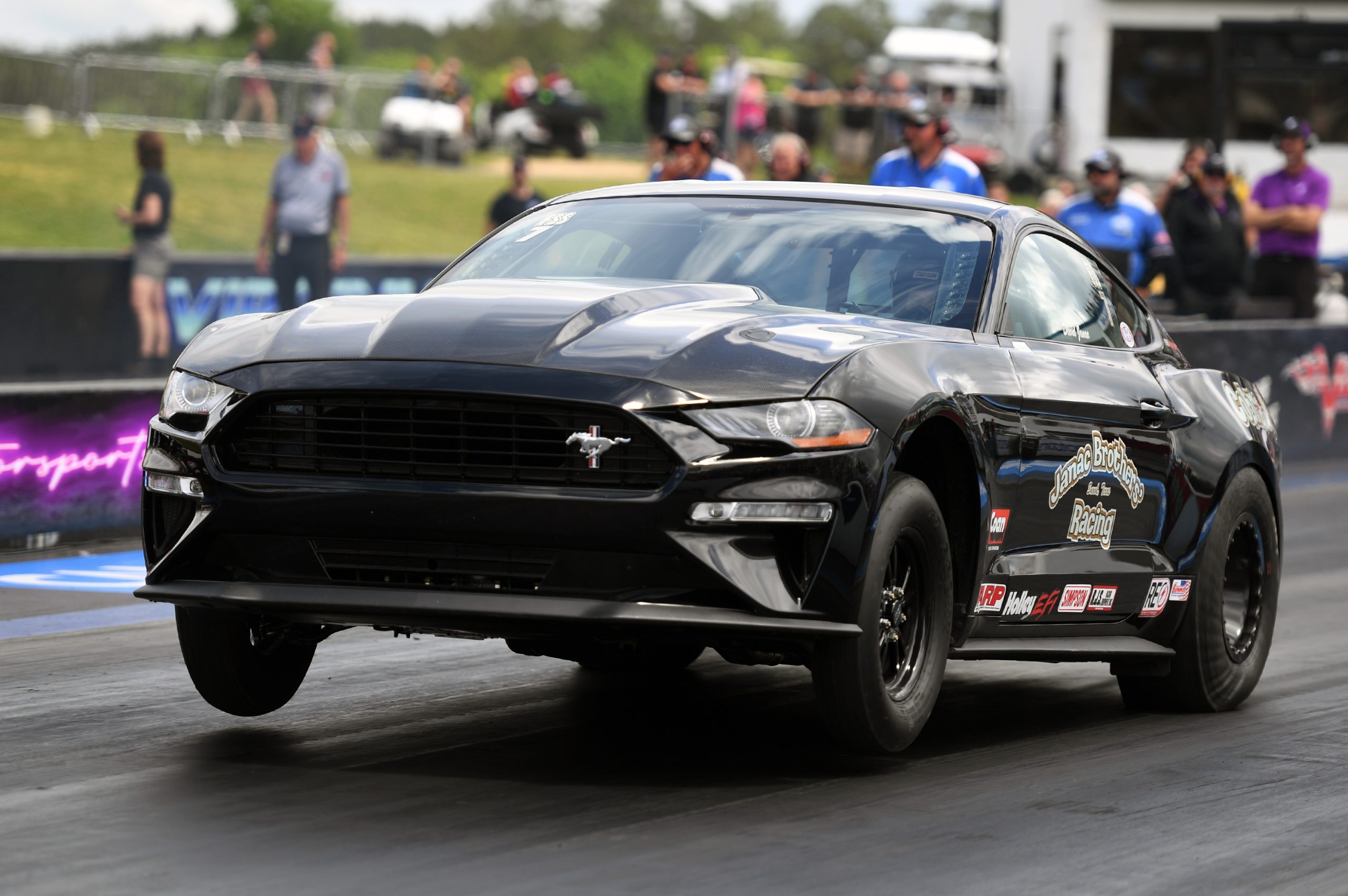 “We’re plenty excited about that No. 1 qualifier. We’re on a learning curve with this car, so we put together something we thought the car would do and everything went fantastic. Everything went great and we were really happy with that run,” said Janac who will line up against Lee Hartman and his Carrier Service Group Dodge Drag Pak in the first round. “I think we’ve got good data to be competitive tomorrow. It’s going to come down to being able to go from A-to-B. That’s going to be our focus and if we can do that without making mistakes, I think we’ll be in good shape.”

A monster match-up in the first round of eliminations is the duel against David Barton in his Saw Mill Auto COPO Camaro and Mark Pawuk in his DSR Empaco Equipment Dodge Drag Pak. The pair have faced each other in both previous Factory Stock Showdown 2022 events. Both times Barton defeated Pawuk on a holeshot.

“Wish we had a third qualifying session here at Virginia Motorsports Park, but Mother Nature had other plans tonight,” Pawuk said. “I’ve had some bad luck against David in the past. A couple of red-lights and luck on his side, really. I think it’s our turn to get the win-light tomorrow, just have to make sure the driver does his job.”

With his win at the Circle K NHRA Four-Wide Nationals, Bill Skillman and the Ray Skillman Ford Cobra Jet now have the Constant Aviation Factory Stock Showdown Bounty Program target on their backs worth $1,000.

Eliminations at the Virginia NHRA Nationals at Virginia Motorsports Park for the Constant Aviation Factory Stock Showdown will begin Sunday at 1:30 p.m.

No. 8 Daniel Condon vs. No. 9 Warren Walcher