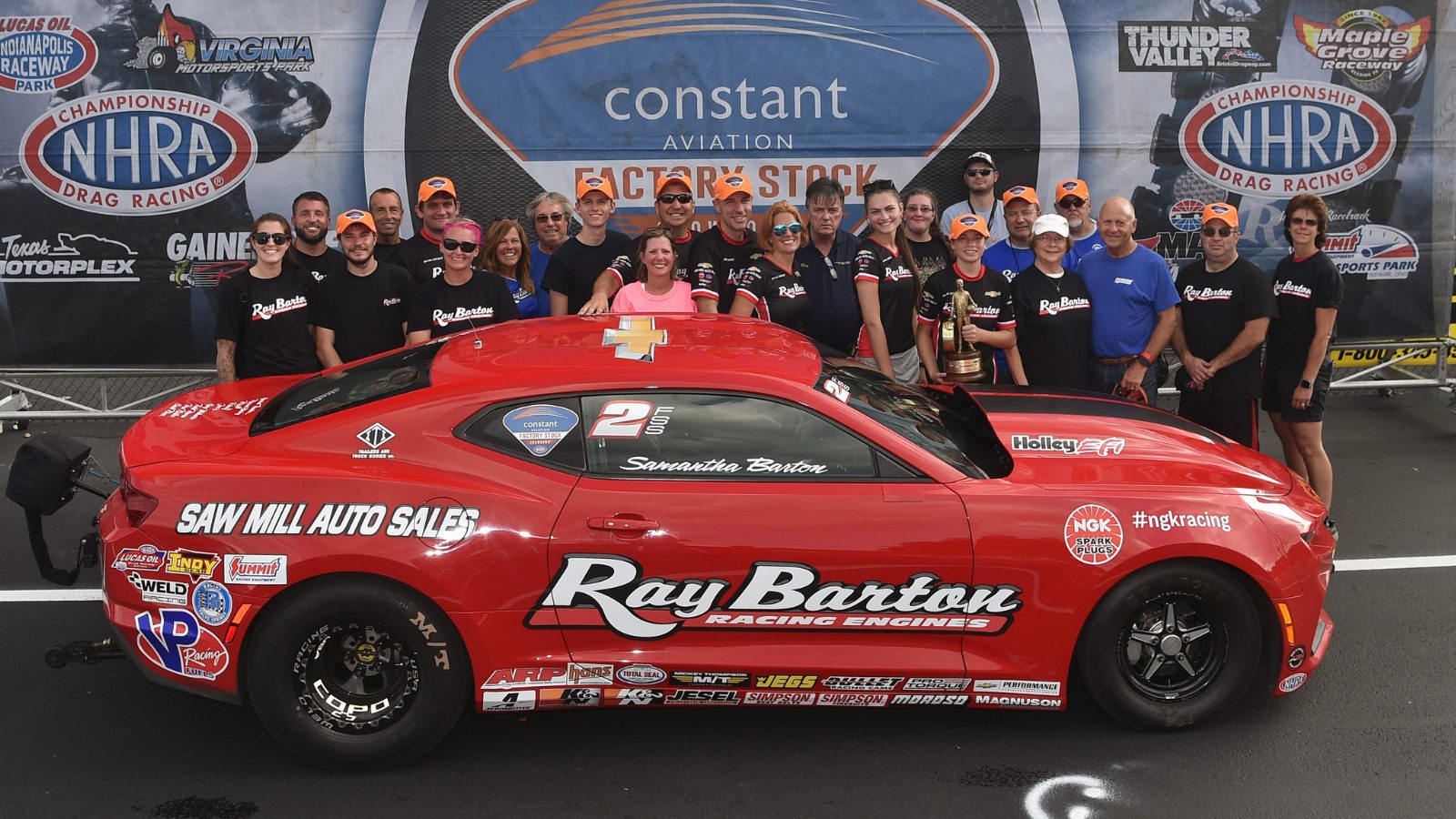 Barton, who was also the No. 1 qualifier, started the day taking on Lenny Lottig after defeating Jonathon Allegrucci in the first round Saturday. Barton would handle his Saw Mill Auto Chevy to a 7.772-second pass at 173.67 mph to better Lottig’s 7.836 at 173.56 setting Barton up to race 2021 U.S. Nationals champion Jesse Alexandra.

“We picked up and I finally got Stanfield covered for once. He has been kicking my butt for two years. We are finally ahead of him for a couple of races. To stay ahead of Bill Skillman and Stanfield is just a dream come true. All the right things happened for our team this weekend” said Barton, a Robesonia, Pennsylvania native. “We moved here from Canada 30 years ago and it feels really great to get this win at home. I have been coming here since I was a little kid. It was cool to have all our friends and family here as well as the employees from the shop. They do so much work it was cool for them to see the win at the track. The competition is so fierce in this class. The track was playing games with us all weekend. To get it just right and cut a good light, it means a lot.”

All Barton needs to do now is qualify at the final race of the season, the Texas NHRA Fall Nationals to clinch the 2022 Constant Aviation Factory Stock Showdown Championship.

“The competition is so tough out here. To stay ahead of Bill Skillman and Stanfield is just a dream come true,” Barton said.

Barton also built his bounty to $2,000 after two consecutive weekends of victories through the Constant Aviation Factory Stock Showdown Bounty Program. He’ll continue to carry the bounty until he is defeated in an elimination round.

Hoping for some chance at the championship, Bill Skillman in his Ray Skillman Ford Cobra Jet, had a second-round loss to Daniel Condon on Sunday. Condon crossed the finish line with a 7.845 at 174.46 mph to defeat Skillman’s 7.913 at 175.89. Skillman remains second in points for the championship.

The ongoing battle between Chevrolet COPO Camaros, Ford Cobra Jets and Dodge Challenger Drag Paks will pick up at the Texas NHRA Fall Nationals at the Texas Motorplex in Ennis, Texas, September 14-16.