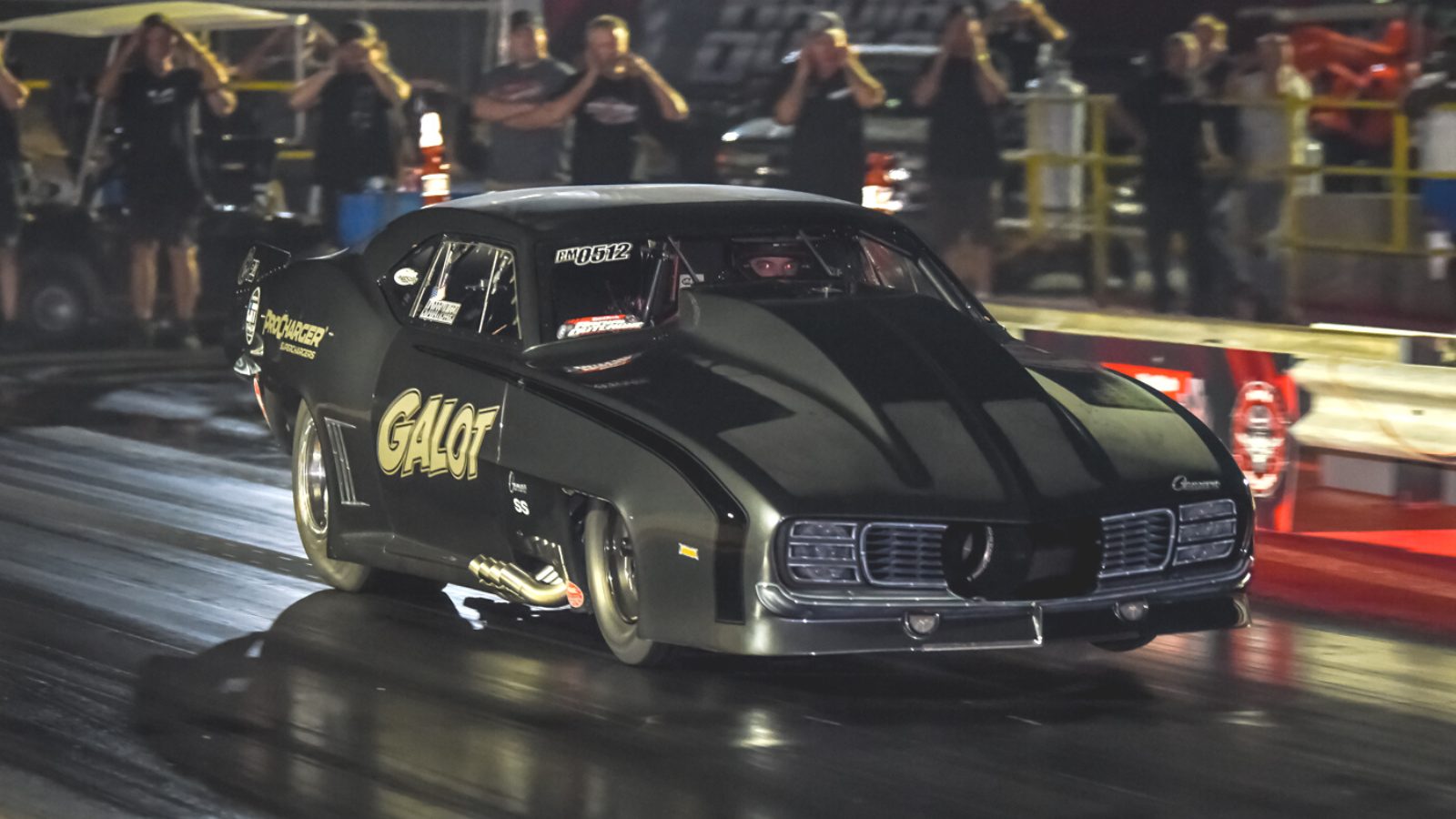 Daniel Pharris burst back onto the radial racing scene at the FuelTech Radial Outlaws Series “‘Bama Outlaws” event. After a short summer break from racing, Pharris was ready to get back on track. The first stop for the Missouri-based driver was Indianapolis, Indiana, for his NHRA Pro Mod debut at the U.S. Nationals. Following the stop in Indiana, Pharris turned his attention to small-tire racing.

The “Mayor Sikeston” rolled out his ProCharger-boosted GALOT Motorsports ’69 Camaro for Thursday night qualifying at Alabama International Dragway. Pharris immediately went to the top after he laid down the fastest time in the Radial vs. the World class.

“We threw the dice around a little bit and went for it – it stuck, and it went down,” Pharris said. “We knew we could go that fast because we’ve gone faster than that and have plenty of data over the years to support that kind of run.”

The gamble paid off for Pharris and his team. He drove his ’69 Camaro to a 3.551-second run at 208.57 MPH during qualifying as the weather cooled off, making it a great night for racing.

“It wasn’t new territory for us,” confessed Pharris. “We knew we could do it out of the gate and put up a good number.” He also explained that they didn’t just pull the Camaro out of the garage. They put a different race trim on the black and orange car. “We’re trying a little bit of a different engine program,” he said. “We’ve got some new parts that are a little different than what we’ve ran in the past.”

Daniel Pharris fired off the shot heard ‘round the radial racing world when he recorded a 3.498-second, 212.73 mph blast down the South Georgia Motorsports Park eighth mile in qualifying at Duck X Productions’ Sweet 16 in April 2022.

Pharris had taken a bit of a break from racing this summer to enjoy life. After some rest and relaxation, Pharris was ready to jump back in the radial car.

“It was fun coming back to do this kind of racing,” Pharris said. “The last time I did it was over a year ago. We stepped away from it and went to the big tire Pro Mod style racing. We started off the first of the year doing that.

“We decided we wanted to come back and do the drag radial style of racing. I’m glad to be back, and it’s fun,” Pharris stated.

Pharris even has a theme for his racing this year. “We’re calling this year the ‘Year of Diversity’ for us,” he explained. “We’re trying some different things and hitting some bigger races with bigger payouts. Last year, we ran a dedicated schedule for a points championship. This year we decided to switch it up a little bit.”

The competition is still tough, and Pharris knows he will have to battle every round this weekend. “There are no free rounds in this kind of racing. The competition is better than I’ve ever seen it,” Pharris admitted.

Change can be a good thing, and Pharris is looking forward to ending this year on a high note. He plans on entering the No Mercy 13 at South Georgia Motorsports Park in October, then the FuelTech Radial Outlaws Series World Street Nationals in November at Speed World Dragway in Orlando, Florida. Lastly, Pharris is still planning out his 2023 race schedule.