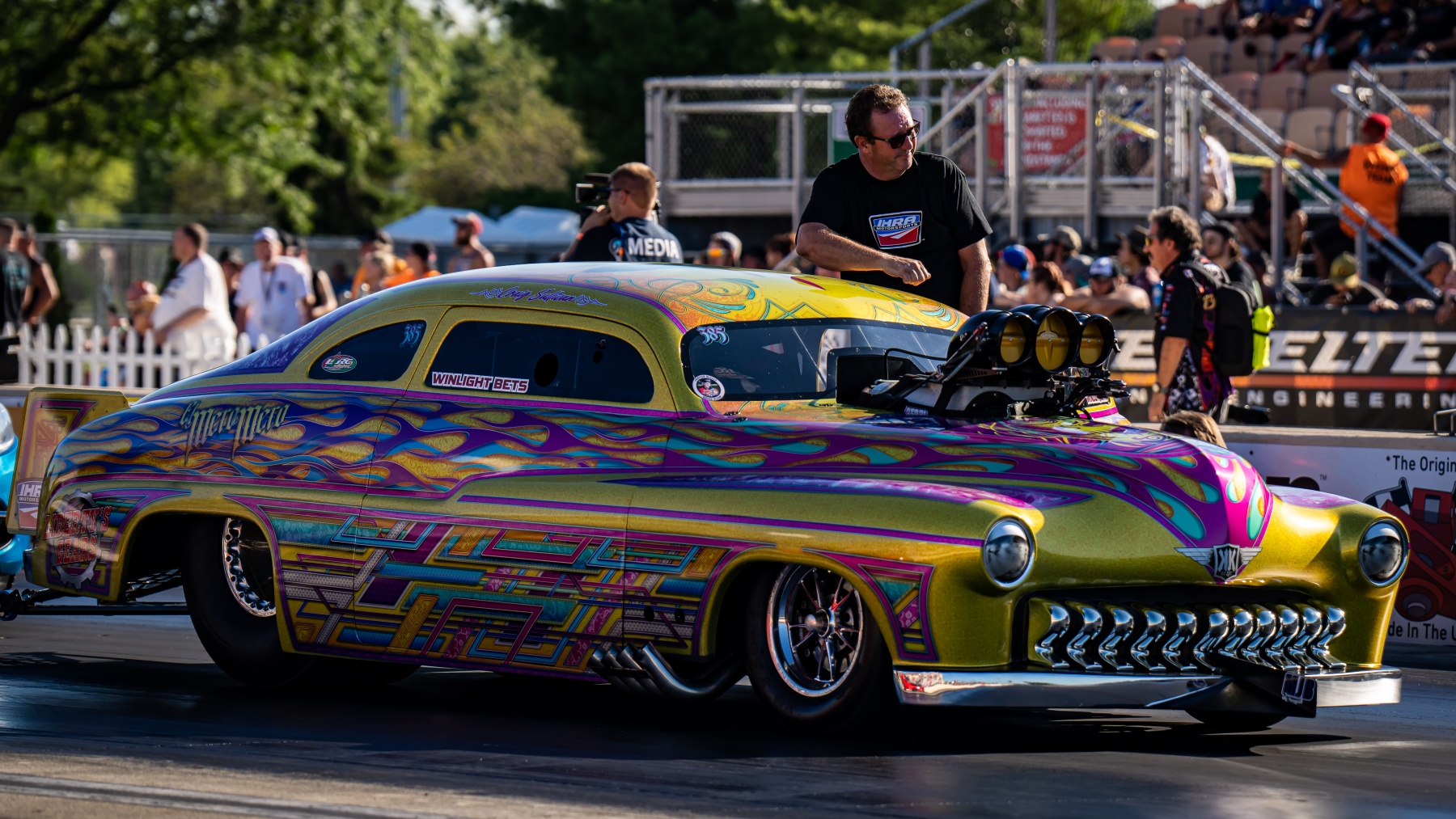 Pro Modified has a rich history of unique body styles, and when Craig Sullivan rolls into Bradenton Motorsports Park for the Drag Illustrated World Series of Pro Mod, March 3-5, 2023, he will definitely continue that longstanding tradition.

“With all of my race cars, we’ve always dared to be different,” Sullivan said. “I had a dragster that had a Burmese python skin all the way down the side of it that was a wrap; we’ve done the ‘Barn Burner’ that looked like a vehicle that Richard Petty put outside of a barn and left there.”

Sullivan says that when he received the invitation from Drag Illustrated Founder and Editorial Director Wes Buck, he was “overwhelmed,” and immediately accepted his spot in the big show.

“I guess every circus needs a clown, so that’s kind of why they brought me in,” joked Sullivan. “We’ve only raced Pro Mod for seven years. I’m a bracket racer by trade. When you look at the names of Tutterow and Salemi, and the people that have really set the bar, it’s awesome to be included in this.”

Although Sullivan says he’ll be testing beforehand, the WSOPM will likely be the first event for “El Mero Mero” since an unfortunate crash earlier this year at the NMCA All-American Nationals in Norwalk, Ohio. Prior to that, Sullivan won three of the five races he entered with the car – and he knows he’ll need a similar type of performance to win the $100,000 against a field of over 40 elite teams.

“I think at the top of everybody’s list is Tutterow and Salemi,” Sullivan said. “Their craft is honed well. You give Tutterow three or four shots at the track with the team he’s got there, and he’s gonna excel with it. The same with Jon Salemi [tuner for wife Melanie Salemi]. But I’m pretty confident that my team, we’re gonna have a great piece, and it’s like any given Sunday – anybody can win that’s invited here. You don’t have to be the best. You don’t have to be No. 1 qualifier. You just have to beat the guy next to you.”

Sullivan isn’t new to winning big-money races. Although not quite on the same scale as the WSOPM, he has taken home anywhere from $20,000 to $50,000 at various bracket races. And if he makes it to the finals in Bradenton, don’t look for him to split with anyone.

“I’m all about winner take all,” said Sullivan. “A lot of times, when we’d get in a situation that you got guys wanting to split things, I’m the first to step up and say, ‘Let’s just do winner take all.’ You throw all the money in the pot and let go of the button.”

In addition to the huge payday, Buck announced that the WSOPM will air in prime time on CBS Sports. The magnitude of highlighting the class in such a spotlight, and the pressure that goes with it, is not lost on Sullivan.

“For us to be able to be on CBS Sports is awesome,” Sullivan said. “It’s nice to be able to elevate and put us on the stage. When they drop that camera in front of you on a pole, and you’re doing your burnout, it’s a cool feeling. It’s something that until you do it, you never know what it’s like. There’s gonna be people struggling with all the cameras and all the eyes on them, because it’s all different. The strategy is just to stay cool, calm, and collected, and go out and do our jobs.”

Sullivan will be competing against a lot of longtime friends, as well as some drivers he doesn’t know. But no matter who he lines up against, both he and his wild ’49 Mercury will be ready to put on a show.

“You’ve got everybody driving from all over the place. It’s going to be like a family reunion, but a little more violent occasionally. I’m a person that I’ll race anything. If Wes wants to put on a wheelbarrow race, I’m in. It’s gonna be a blast.”