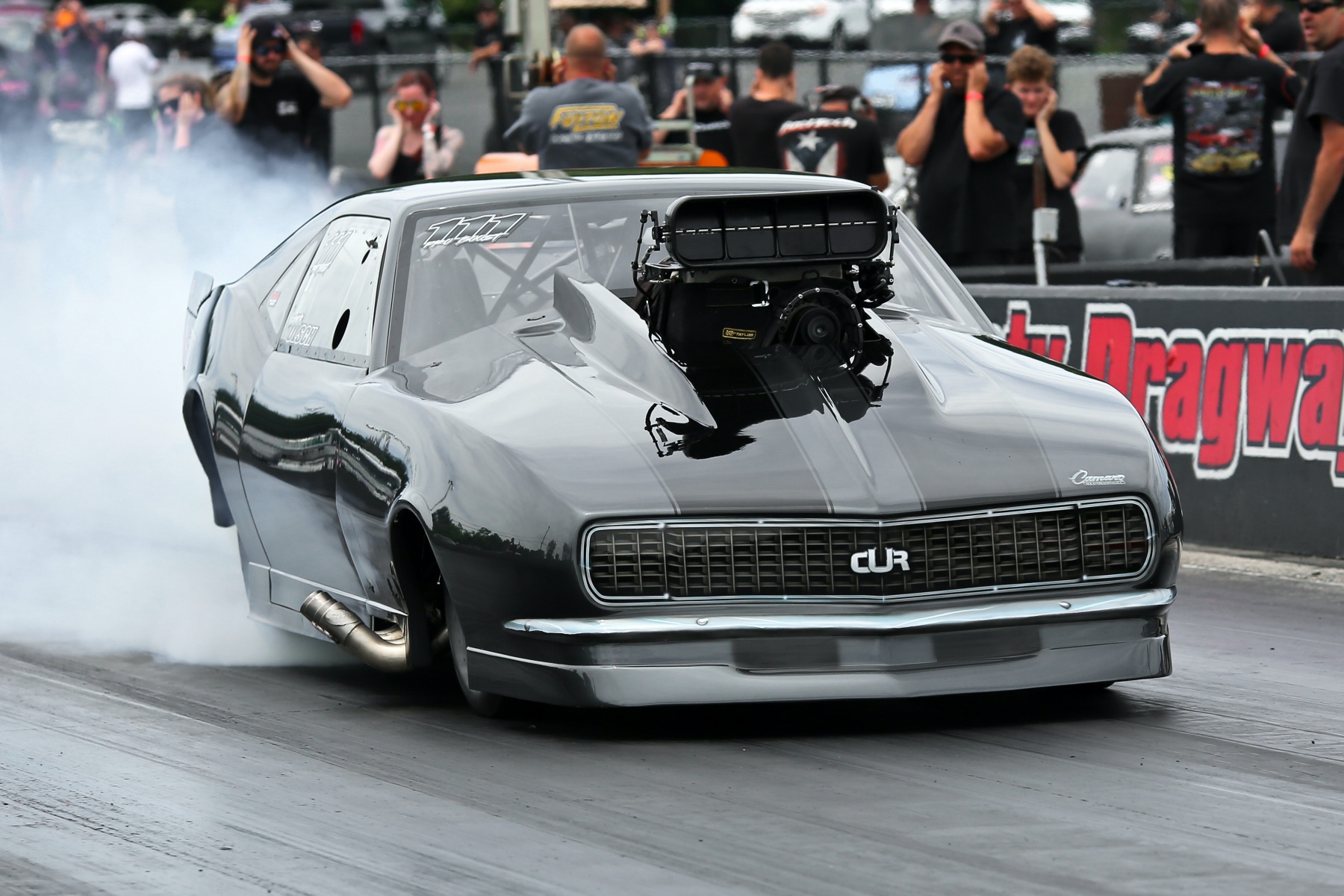 It was far from the first time Ulsch and Decker lined up, as the two Maryland-based racers previously raced together in Outlaw 10.5. Ulsch left the starting line first and recorded a 3.618-second pass at 208.46 MPH to beat Decker and his 3.739 at 171.42.

“It was really good to beat Mike and that whole program because they have a serious program going on over there,” Ulsch said. “It’s just nice to get a win in general. They’re hard to come by with this level of competition. Pro Mod’s a real tough deal. The Northeast has some real competitive cars.”

Ulsch’s NEOPMA season started off with the low qualifier award at the season-opening Door Wars at Maryland International Raceway. He drew longtime NEOPMA hitter Steve King in the first round and lost on a holeshot in a 3.621-to-3.617 race as King found what he was missing in qualifying.

“To come back from that [holeshot loss at MIR], just to get a first-round win was big,” Ulsch said. “After that, the weight was off my shoulders. We just kept going. The right things worked out. I made a couple little changes in the converter area and the fuel system. Things are paying off.”

Ulsch’s performance has been consistent in the first two completed races of the eight-race 30th anniversary NEOPMA season (the second race at Atco Dragway was rained out). He’s been the low qualifier at both races, firing off pass after pass in the low 3.60s. He credits that to offseason improvements he made on his screw-blown hot rod.

“Over the winter, I didn’t do quite as much as I needed to, but I did enough of the right stuff to get it to this level of performance,” Ulsch said. “I think that played a lot on people when they come up and know, hey, nine times out of 10, he’s getting ready to run a mid-to-low 3.60.” 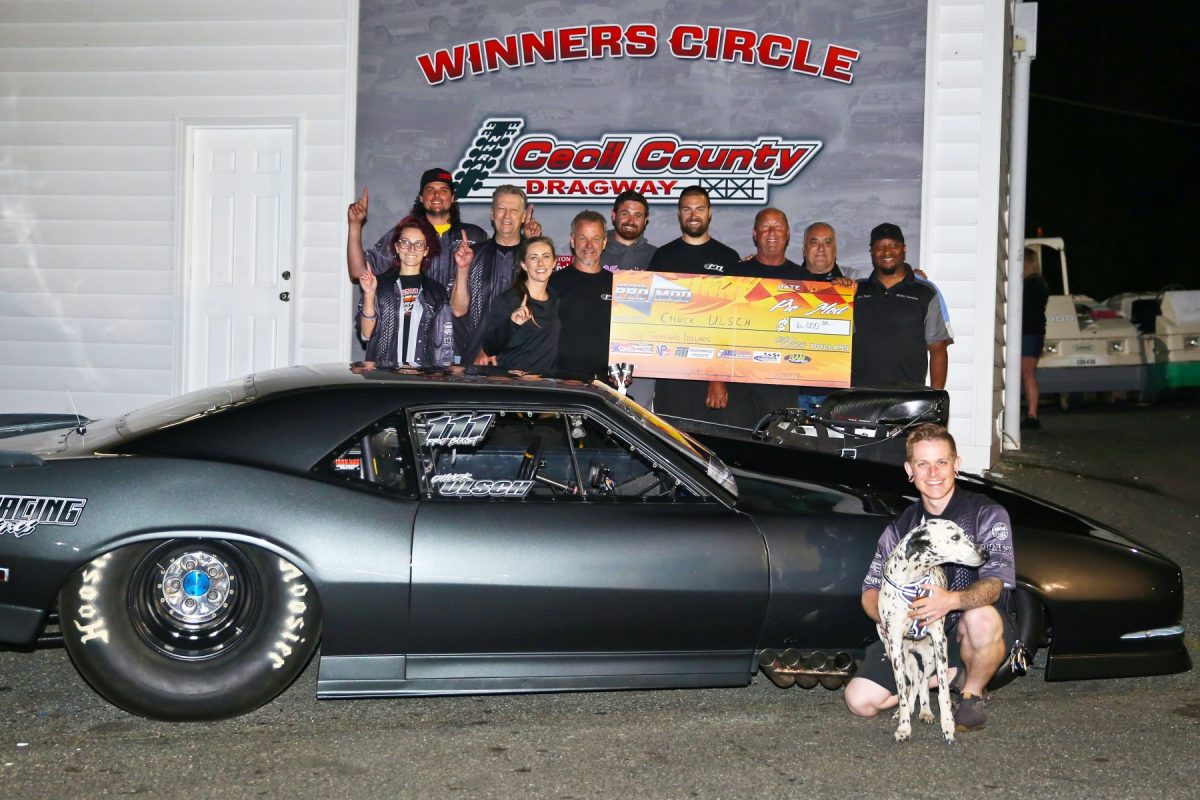 Ulsch also credited his family-based crew for their role in his win at Cecil County.

“I wouldn’t be able to do this without my crew – Keaton, father ‘Pop’, fiancé Lauren, Jeff Weddle, Brian Weddle,” said Ulsch, who also thanked sponsors Brian Roche Racing Engines, Brad Anderson Enterprises, NGK Spark Plugs, Red Line Oil, and Carmack Engineering. “We do it for fun. They’re there and that’s the payoff for the win, the winner’s circle pictures and whatnot.”

NEOPMA racers will have just two weeks before the next race, the Empire Northeast Outlaw Pro Mod Challenge, June 17-18, at Empire Dragway in Leicester, New York. Over 20 cars are expected, including numerous Canadian entries.