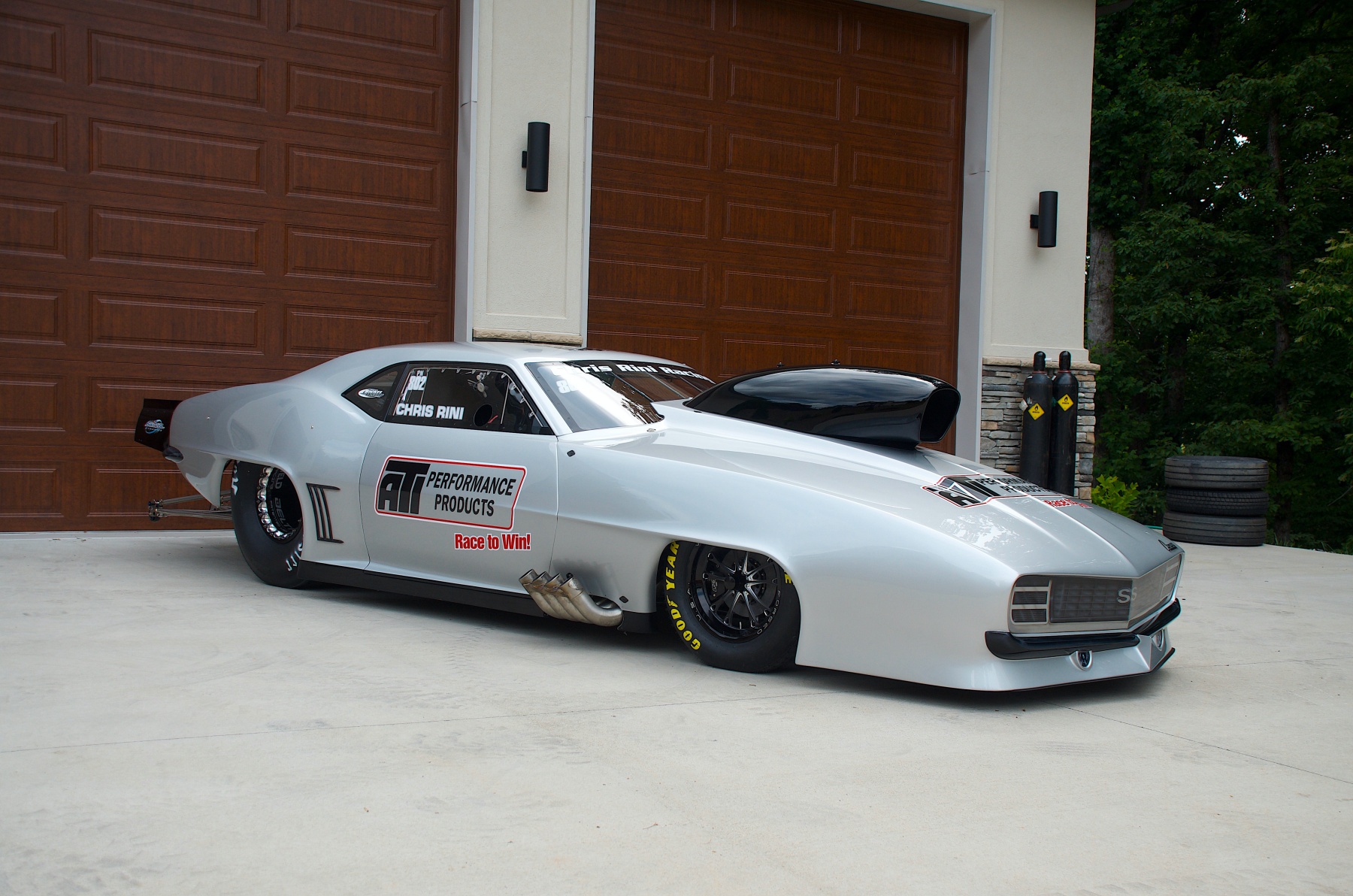 Pro Nitrous racer Chris Rini is anxious to debut a brand-new 1969 Camaro, which was built by Jerry Bickel Race Cars and was just delivered to Rini’s Hickory, North Carolina, shop last week. The 112″ wheelbase Camaro is constructed with double frame rail and packed with all the latest technology.

“We’ve never built a car on such a lightweight platform. It’s got more titanium and more new updates than any car I’ve ever owned,” says Rini. 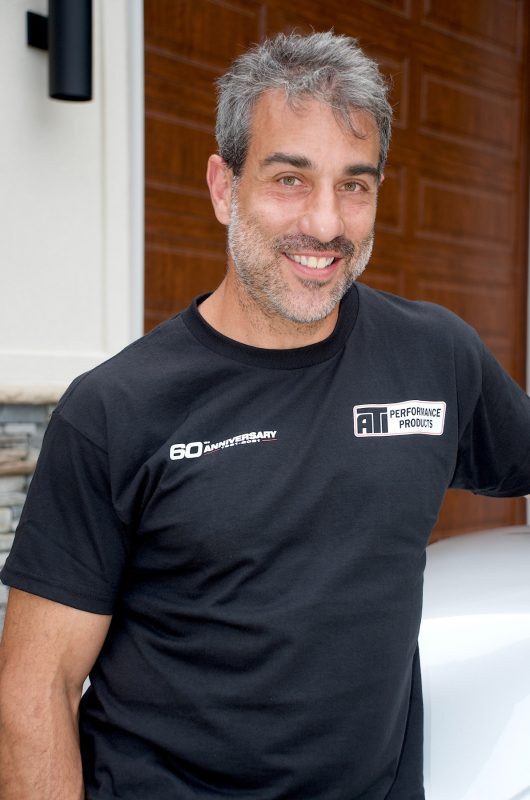 It’s so new, in fact, the car has yet to see a dragstrip or even roll across scales, so Rini is uncertain what the car actually weighs, but he’s certain this new Camaro is the leanest, meanest, and certainly the lightest of any race vehicles he’s previously owned.

Rini’s longtime engine builder, Charlie Buck, will be providing the 959-cubic-inch powerplant for the car.

“Charlie Buck has been providing me power since 2008 and we’ve had a lot of successful seasons,” Rini said. “Brandon Switzer will continue tuning the car for us. We run Switzer’s manifold and MoTeC fuel injection.”

Longtime sponsor ATI Performance Products will once again play a key part in the operation with a Turbo 400 Lock Up transmission with the latest 1 1/4″ input shaft.

“I can’t say enough about ATI Performance Products,” Rini said. “They’ve been on board 100% since 2004. I’ve also had a long relationship with ProFab headers – I’ve used their headers for probably the last four race cars.”

The new car will likely make its professional debut at the PDRA Northern Nationals on August 11-13 at Maple Grove Raceway in Reading, Pennsylvania.

“We hope to do some testing soon with the new car, and if it shows real good promise we’ll be at Maple Grove with it,” Rini said.

A backup plan is solidly in place should testing not go as planned.

“We’ve been racing Bryant Marriner’s 1969 Camaro in Big Dog,” Rini said. “It’s also a Bickel car and we had a pretty competitive season last year. Bryant was kind enough to let us put the Big Dog stuff on the shelf and race this car in Pro Nitrous at Maryland International Raceway recently and we were as competitive as competitive could be. I stuffed it in there a little too deep against Jim Halsey and turned on the red light. We 60-footed with everybody and better than most in most sessions throughout the race. I believe we’ve already got a car that could win in PDRA, but of course, it would be nice to get the new program together.” 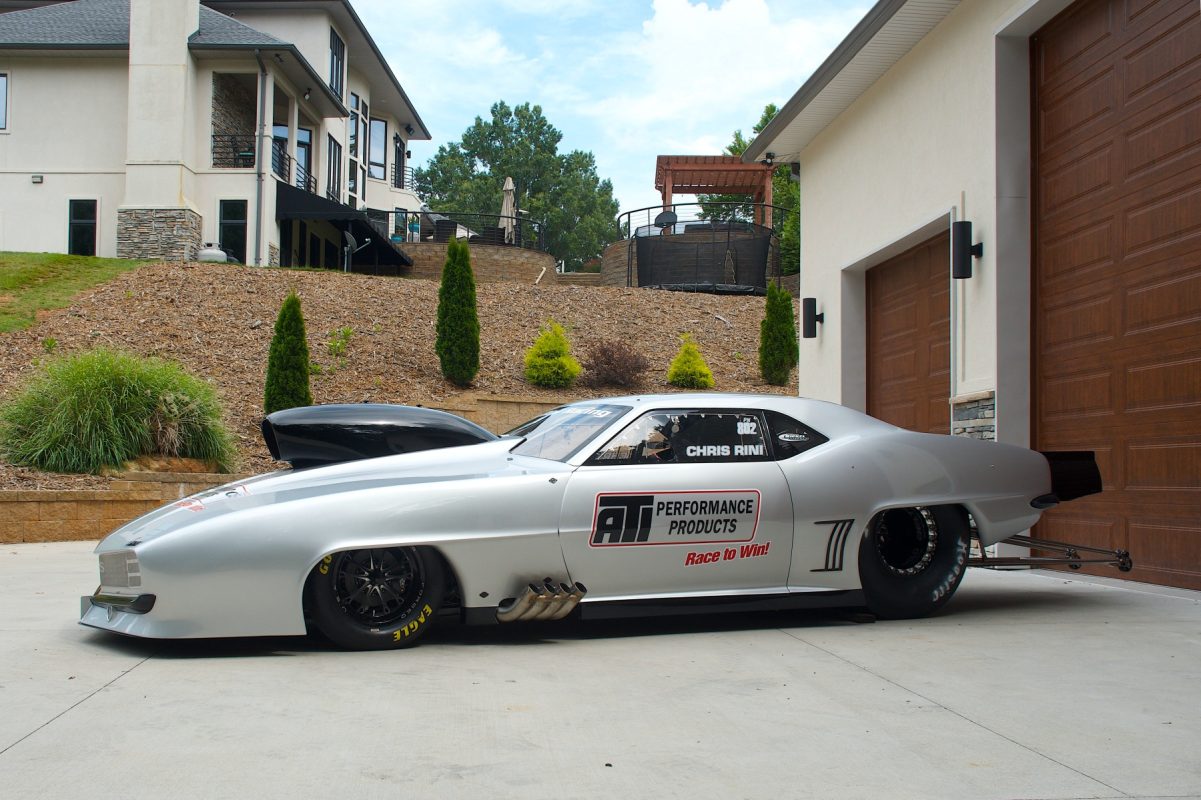 Rini believes that the new Camaro will provide more tuning ability because of its lightweight design, but he’s also happy that the entire operation is flexible since the driveline fits perfectly in the new car, as well as in Marriner’s 1969 Camaro.

“I can have it swapped from one car to the other in a couple hours,” Rini pointed out. “I believe the new car will come around quickly, though. I’ve yet to buy a Bickel car and then go test it and find that it’s far off from the last car. Sure, it will have a couple characteristics that’s different, but usually they’re pretty close.”

Rini took a brief pause in PDRA Pro Nitrous competition to launch a new business in North Carolina, but didn’t want to drift too far away from the action.

“I didn’t want to sit out too long and get too far behind. PDRA is a good program and I’ve got a good crew helping me. Plus, my son is racing Pro Jr. Dragster, so we can get two races in with one stop. We’re excited about the season and certainly looking forward to debuting the new car,” concludes Rini.