Chris Rini had to wait several years to hoist his first PDRA “660 Man” trophy in Pro Nitrous at the Summer Shootout in July. He had to wait just four weeks to pick up his second one at the Northern Nationals, where he used a 3.73 at 202.00 in Bryant Marriner’s Buck-powered ATI Performance Products ’69 Camaro to defeat Jim Halsey and his off-pace 3.825 at 202.48 in the final round. 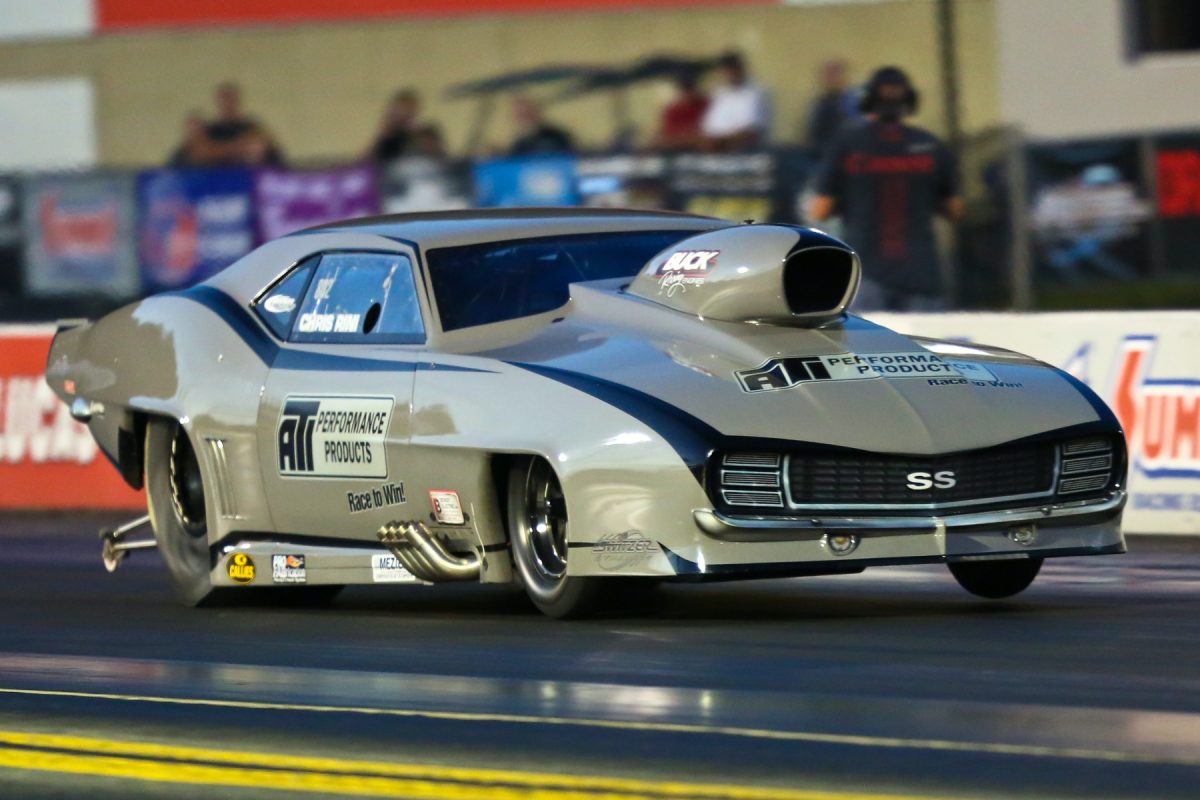 “I feel really good,” said Rini, who was just over four rounds behind Halsey in points going into the race. “The car’s making really good runs. The crew’s really working well together. We have good products, good sponsors. I’m trying to drive as good as I can. There’s some real tough competition out there. To win the first one was great. To win the second one’s even better. It moves us forward in points. Now we’re holding No. 2 solid.”

“I can’t thank [tuner] Brandon Switzer enough; one, for sponsoring the class. Two, for all the products that we run on the car that were made by him,” said Rini, who also thanked his wife, Emily, his team, his employees at Chris Automotive in New York and LR Auto Sales in North Carolina, as well as ATI Performance Products and Buck Racing Engines. “We’re just making good runs. We have reliable horsepower. We proved that we can run with everybody else. I took a year off, and it’s been a really good return. We’ve been so close all year. It’s nice to see it happening. The guys put in a ton of work. Win, lose or draw, they’re putting in the same work. To win just makes it that much sweeter.”

Halsey qualified No. 1 for the third time this season in his Switzer-tuned, Fulton-powered “Daddy Shark” ’68 Camaro. That gave him a first-round bye run, which the three-time world champion used to run a 3.794 at 203.80. Halsey recorded a 3.746 at 204.79 to overcome Wes Distefano’s .060 holeshot advantage and 3.823 pass in the second round. An all-Maryland semifinal pairing followed, with Halsey and Fredy Scriba both cutting .044 reaction times. Halsey pulled ahead, though, winning with a 3.702 over Scriba’s 3.792.