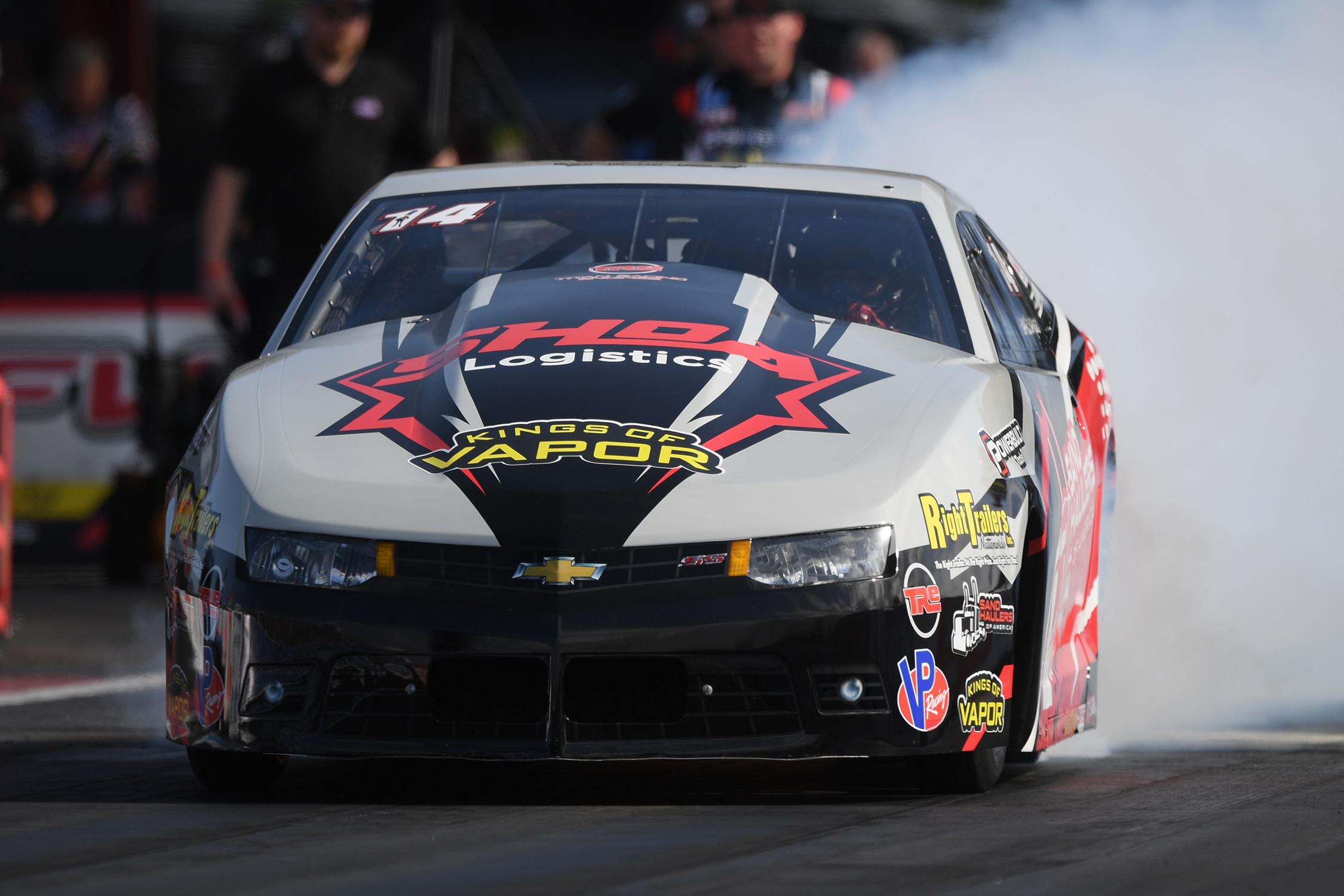 After two days of tough Pro Stock qualifying at the 35th NHRA SpringNationals rookie Camrie Caruso secured her first career No 1 qualifier in just her fifth race which ties her with last year’s Rookie of the Year Dallas Glenn as the quickest driver to earn their first career No. 1 in Pro Stock. She also became the first female to qualify No. 1 in Pro Stock at Houston Raceway Park’s NHRA SpringNationals.

Driving the Sand Haulers of America Chevrolet Camaro with Titan Racing Engine power under the hood Caruso posted her quickest elapsed time of the event on Friday night with a 6.547 second pass at 209.39 mph. The 2022 Rookie of the Year favorite then withstood two rounds of qualifying today to hold onto the top spot.

“This means the world to me, my team and everyone who backs me,” said Caruso, a third-generation racer. “I am thankful and happy to head into race day as the No. 1 qualifier. I am super grateful for the opportunity to be the first female to qualify No. 1 at Houston Raceway Park. I never would have thought we would have achieved such a cool record so early. I know we had the capabilities, but this was just a great team accomplishment.”

In the final session Caruso was paired beside four-time Pro Stock champion Erica Enders for the second session of the day since they were 1-2 in the qualifying order. Caruso was lined up in the left lane with Enders occupying the right lane. Caruso posted a solid 6.605 seconds at 209.56 mph with Enders lighting up the scoreboard with a 6.556 second at 210.54 mph. As both drivers approached the top end Enders’ parachutes caught Caruso’s rear wing as the veteran driver darted around the rookie driver. Caruso’s Sand Haulers of America Chevrolet Camaro sustained some damage to the rear wing and rear end.

“The race car needs to be fixed but we can get that handled,” said Caruso in the Houston Raceway Park media center. “We crossed the finish line and we both pulled the chutes. As we were approaching the top end the Safety Safari had their hands up so I stopped. It didn’t go as planned. The car will be all good and will be ready for race day tomorrow. It could have been anybody in the other lane. She is a great racer. I am sure she didn’t want this to happen either. It sucks that the incident happened and that’s just racing.”

“The competition out here is crazy good. Anyone could have taken this No. 1 today. It doesn’t matter that we were No. 1 yesterday. We had to hang onto that top spot through Q3,” said Caruso.

Veteran Pro Stock driver and tuner Jim Yates has been incredibly supportive and instrumental in her development behind the wheel. Throughout the process Yates has worked with Caruso to strategically develop a driving strategy that began well before the first race of the season.

“My goals at the start of the season were to be No. 1 qualifier, win races and win the championship. Jim was like you need to chill. We have done just that and we are really heading in the right direction. It is all because of my team and sponsors like Sand Haulers of America, GESi, Powerbuilt Tools, Right Trailers, Titan Racing Engines and VP Racing Lubricants.”

“We just want to keep making good passes up and down the track. We want to be consistent and keep working as a team. I have said it from day one I don’t want to disappoint any of them. They don’t put pressure on me. I put more pressure on myself. They have done so much for me. I really just want to make them all proud. This is my career and business. I remind myself of that every day. It is so much fun and to be able to do it with the support of my family. I wouldn’t want to be on this journey with anyone else.”

Caruso will face Fernando Cuadra, the No. 16 qualifier in the first round tomorrow. Final eliminations will begin with Top Fuel at 11:30 a.m. which is a revised time pushed back 30 minutes to allow expected increased fan traffic to enter the historic Houston Raceway Park for their final NHRA national event.