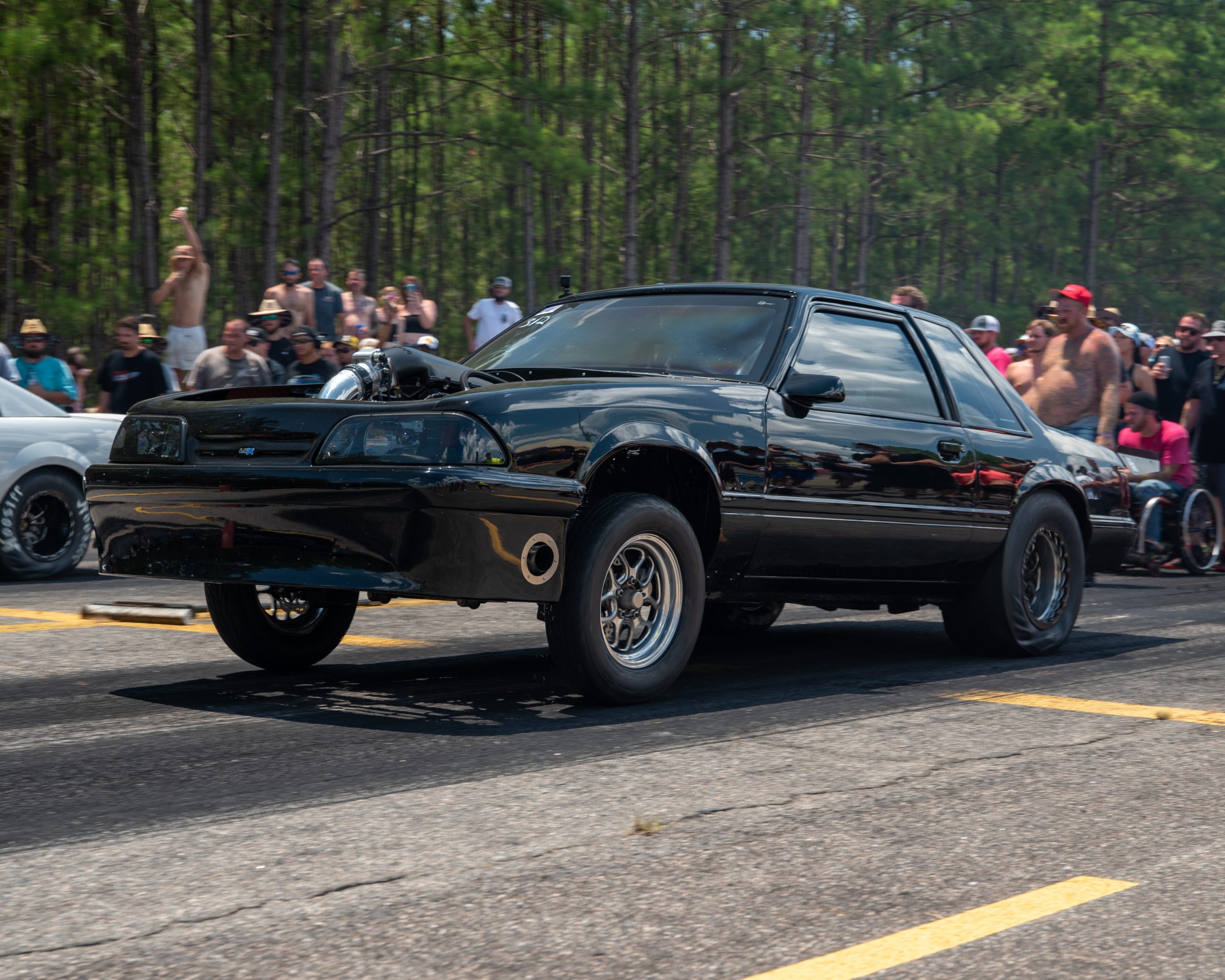 Every July, the shutdown of the world-famous Rockingham Dragway turns into the biggest gathering of street racers and no-prep racers alike for Dig or Die! In its third annual summer event, dubbed “East vs. The World,” promoters Eric Hunt, Zinford Hardin, and Kincent Carter locked in 111 of the baddest small-tire cars from across the country, all staking their claim for a chance to take home a $65,000 payday.

The rules are simple as it has to be a steel roof & quarters production vehicle, 28×10.5 Non W slick, and put it on the line. The surface plays the equalizer role as power management is the key. The older asphalt proved to be tricky for even the best tuners.

Shawn Fensler, better known as “Bumper Wilson Tuning” from Indiana had one goal in mind and that was to take the money and bragging rights back to Indiana with his Mid America Kustoms team. Fensler’s twin-turbo, LS-powered Ford Mustang has been the bridesmaid many times in the South racing but never the bride. With multiple runner-ups and semifinal appearances, he found himself in a battle every round to make his way to the finals. First step would be take on one of the best big-tire racers now on small tires in Florida’s John Townsend. 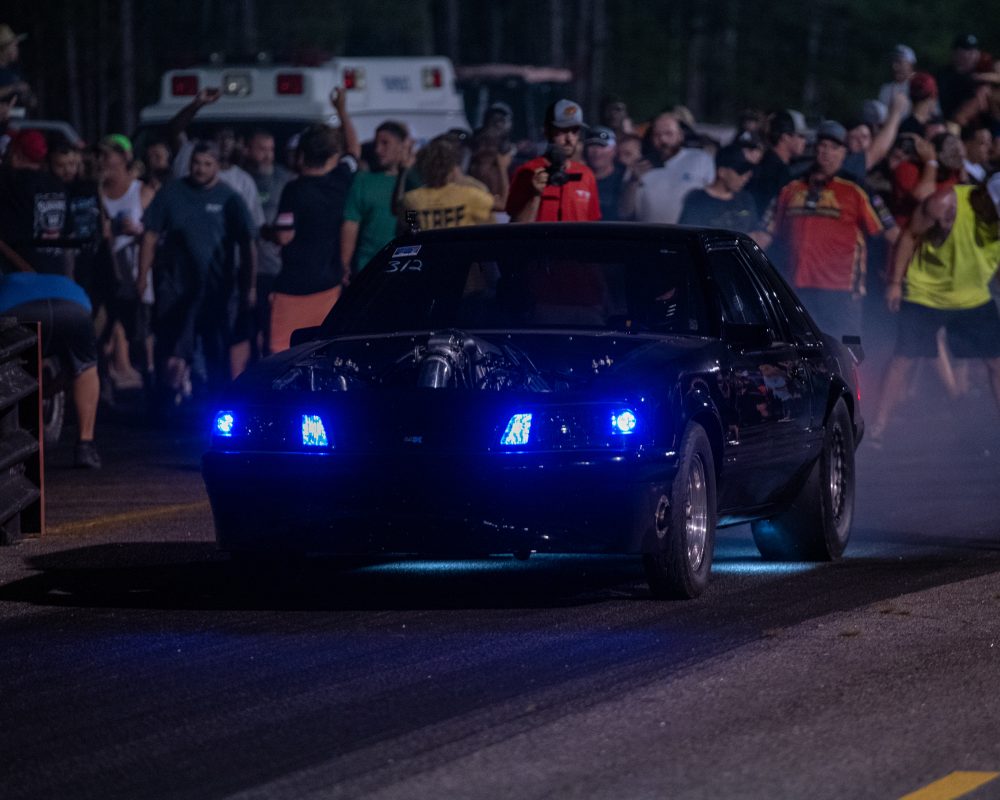 After getting the first-round win on Friday night, Saturday’s brutal heat would change up the tuning aspect for Fensler and make it anyone’s race. After taking out Tommy “2 Guns,” Team Denver’s Jarrett Bradshaw in “Willie Dynamite,” and YouTube personality “Turbo” John Phillips, Fensler could see the light at the end of the tunnel going into the late North Carolina evening.

Quarterfinals saw a matchup of epic proportions in the back-of-the-track world as Fensler found himself sitting across from rising no-prep racer Nathan Jordan in his “White Trash” turbo LS Nissan 300Z. In a close finish, Fensler found himself in a familiar place in the semifinals at Dig or Die.

With another tight race in the semis against New York’s Vincent Biondolillo, Fensler faced his toughest opponent of the event in North Carolina’s Jake Boswell. Boswell has dominated back-of-the-track no-prep racing this season with many wins across the south under his belt with his turbo LS Mustang.

Both racers pulled into a sea of spectators on the starting line, with more money in the air than any grudge race I’ve seen. They took to the line and waited for the light to flash. Both cars left side by side, continuing the whole way up the shutdown as Fensler pulled away at the stripe and finally got his first back-of-the-track win at Dig or Die. Fensler has now etched his name into “The Rock” as not only the champion of the event, but a champion in one of the biggest back-of-the-track races ever. 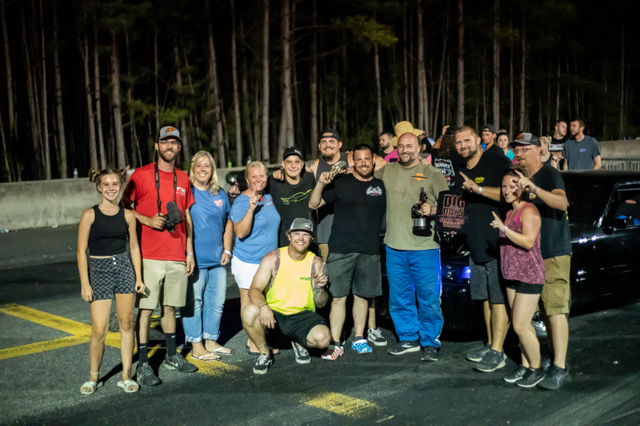